Zanzibar Profile – facts about an island 35 km east of Tanzania

A Zanzibar profile starts with more or less obvious facts. It is an island in the Indian Ocean, 35 km east of Tanzania, with which the island, like the neighboring island, is in union; 1651 km 896,700 inbound (2012; including Pemba 1.3 million); Capital: Zanzibar City (205,900 inb.). The climate is warm and humid; together with a fertile soil, it allows for the cultivation of many tropical crops. Food, coconuts and various spices dominate. A fascinating history and colorful culture has given the island a very special reputation, leading the mind to a thousand and one night’s adventures. For millennia, Zanzibar has served as a trading center. in the slave trade it played a central role. The population is made up of immigrants from Africa, Arabia, Asia and Europe.

The name Zanzibar comes from Persian zanj-i bār the ‘land of the Black People’. 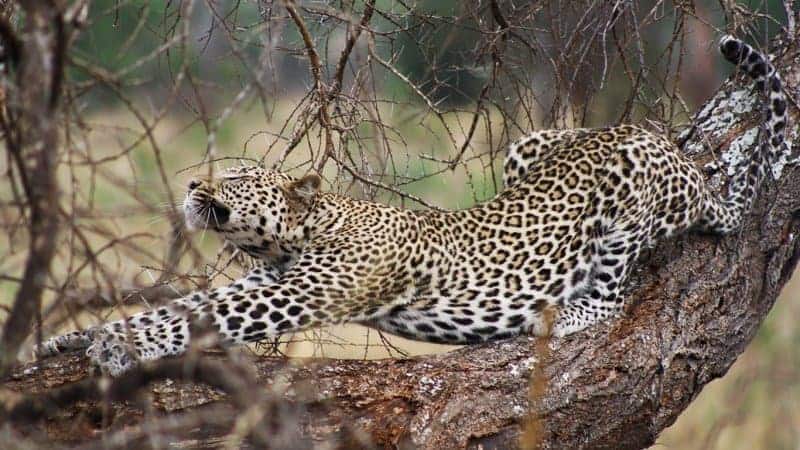 Zanzibar Leopard. Notice the colors in the spots that are different from other African leopards. The Zanzibar leopard is also slightly smaller and has been isolated from leopards in rural Africa for 1000s of years. It is in Zanzibar without competition from other “top-predetors” as lions.

The Arab influence is very evident in Zanzibar city, where the island’s main attraction, Stone Town, with the sultan’s palace and a maze of narrow and winding streets is a cultural-historical attraction, which today is an international effort to preserve. Stone Town is listed on UNESCO’s World Heritage List. Beautiful, white, palm-fringed beaches along with the city and other historical sites are the basis for significant tourism. Although the island is densely populated and has few natural areas, there is still a small population of Zanzibar leopards, which play a major role in local cult and folklore. 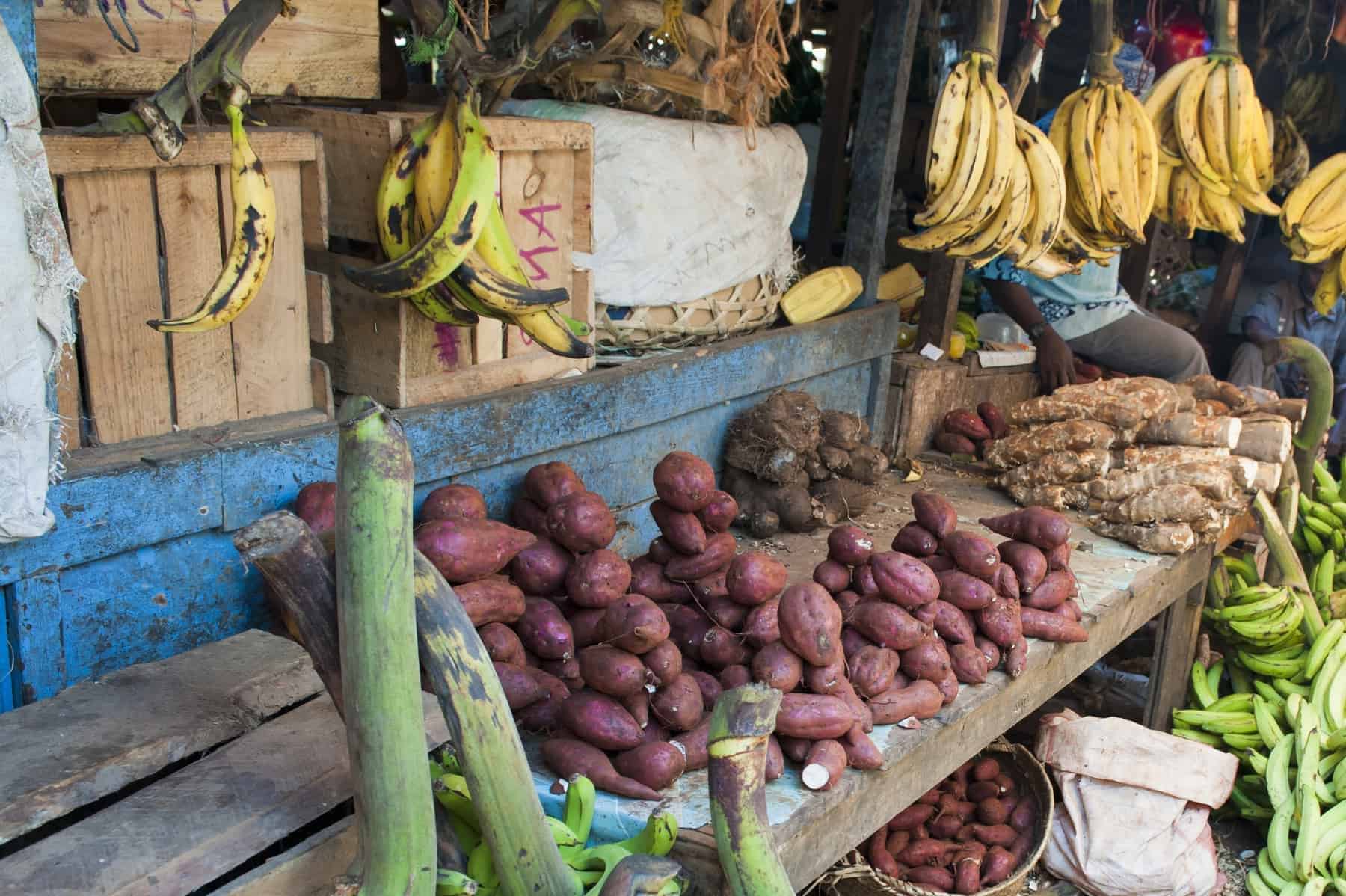 Zanzibar’s music is characterized by migrations and the establishment of a sultan’s court in the 1800s. From this came the mixed music style of taarab, which has since been in constant exchange with both local and global forms of music. Arabic influences are traced in scales and singing style, while the rhythm is inspired by African and Latin American dance music. The country’s music has been part of the world music community since 1985. 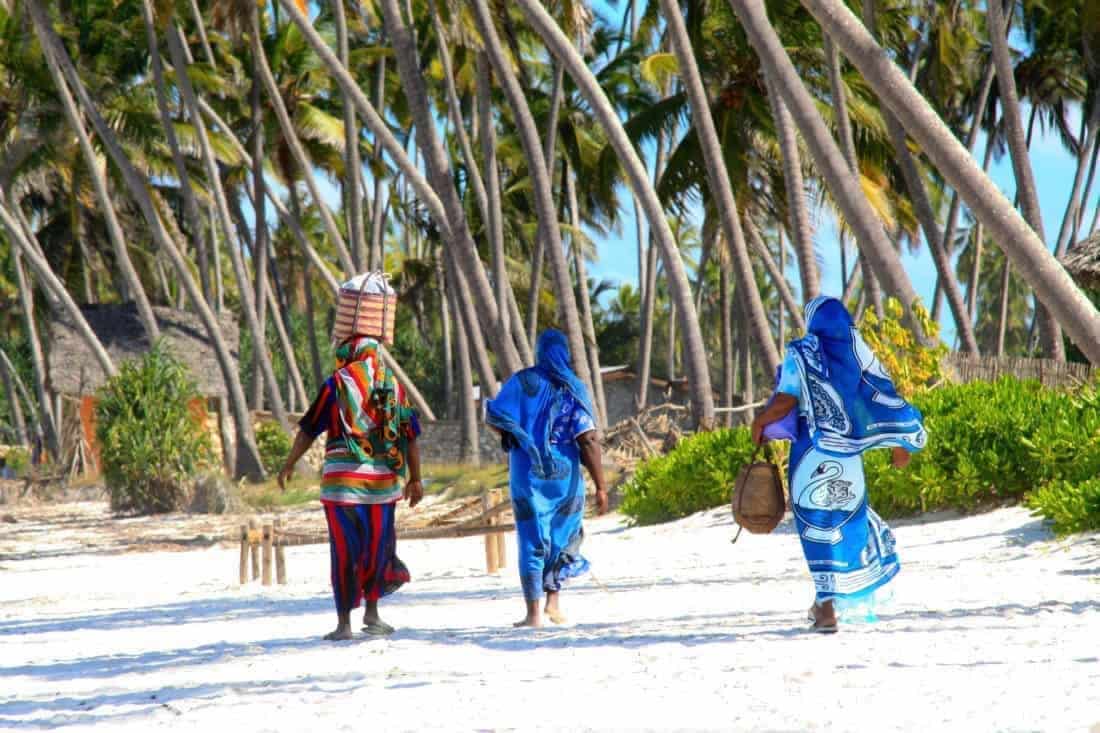 Zanzibar: Women on their way home from shopping

Zanzibar was under Arab supremacy from ca. 800. In the middle of the 1500s, the island was conquered by Portuguese, who in 1652 was again displaced by the Arabs. In 1828, Chief Mwinyi Mkuu signed a treaty recognizing Oman as a colonial power, and ca. In 1840, the Sultan of Oman, Said ibn Sultan, made Zanzibar city his capital. In 1861 the island became an independent sultanate. The thriving economy was based on trade in slaves, ivory and cloves, but the sultan’s power was gradually undermined by the British in particular. European pressure led to the formal abolition of the slave trade in 1873, and in 1890 Zanzibar became a British protectorate.

The island became independent in 1963, but in January 1964 the Sultan was displaced during a bloody uprising led by the Afro-Shirazi Party (ASP). In the same year, Tanzania was formed by the union of Zanzibar and Tanganyika. Integration has never been complete and the Union has been marked by great tensions. The internal conflict led, among other things. to the formation of the opposition party Civic United Front (CUF), which was widely supported in the 1995 and 2000 elections. The Union Party (CCM) won both elections, but CUF has refused to recognize the results due to alleged electoral fraud. Thus, in 2001, bloody riots erupted, killing at least 30 in fighting between police and protesters demanding reelection to parliament. Political tensions diminished when the government and the opposition agreed later that year to work together to restore calm. Human rights violations have put the government in the spotlight internationally. In 2005, Amani Abeid Karume (b. 1948) was re-elected CCM as president with 53% of the vote; he had held the post since 2000. CUF’s candidate received 46% of the vote, up 13 percentage points since 2001. In 2010, Karume was replaced by Ali Mohamed Shein (CUF, b. 1948) in the presidential post.

Ngorongoro in Tanzania Ngorongoro is the wildest place in Africa, understood at several levels. One of them is that maybe it's the ultimate safari travel destination. The volcano crater Ngorongoro already from Arusha to Ngorongoro, the adventure is on its way. The tour starts from the nearby town of...
Tanzania Sun and beach

Zanzibar holidays in a beach paradise in Africa

Zanzibar holidays rhymes with endless beaches and azure blue sea Zanzibar holidays on an island named Unguja by its Swahili name, lies off the coast of Tanzania. What attracts most visitors is the unique mix of cultures and the gorgeous nature. The island is famous for having some of...