Yangon, Myanmar is famous for its divine temples.

Yangon is a bit like Mandalay, also in Myanmar. Everyone knows the place from somewhere, maybe from the song “Come back to Mandalay … and watch fly fishing in play” – but they have never been there. However, it inspired R. Kipling, and he wrote now famous song. He was deeply in love with Burma (the old name for Myanmar) and came there in British colonial times. Now let´s stop digressing: back to Yangon. 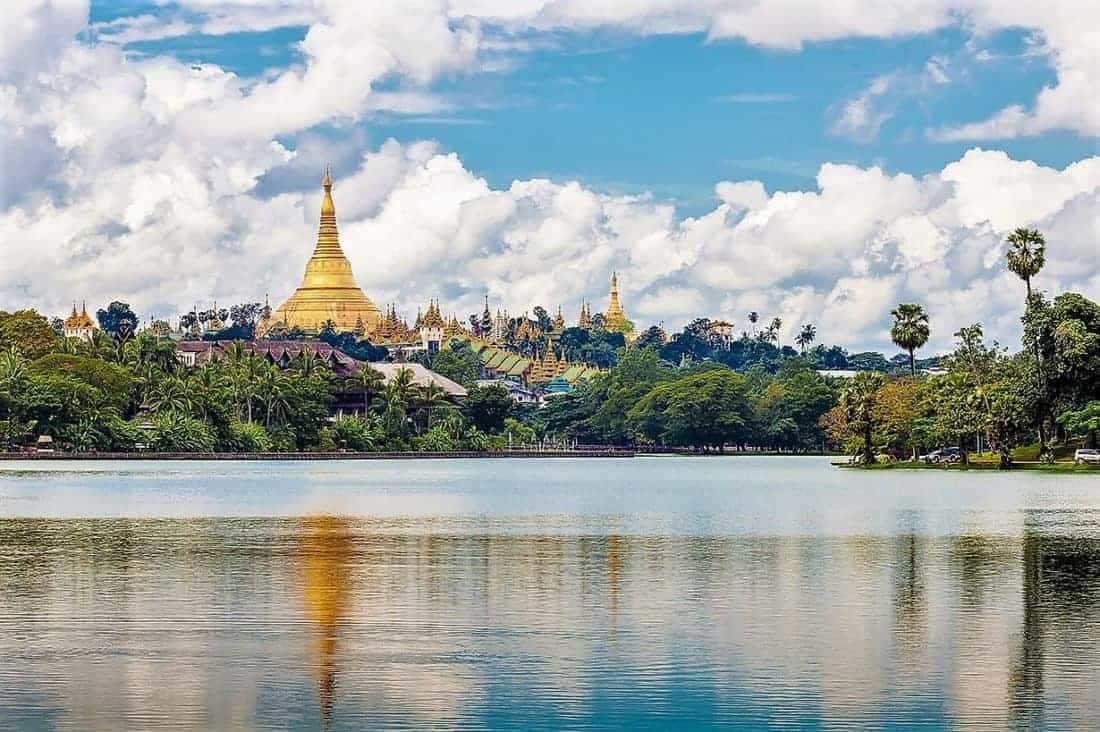 No less than 5 million people live in Yangon, Myanmar. Myanmar is in itself a huge country with 53 mills. inhabitants, bigger than England and France in size combined. It is a lively city with many memories of the time of the English colony, among other things, the Victorian architecture is clearly present.
Yangon, Myanmar contains green parks lovely cafes and restaurants, good hotels and large lakes and a friendly and helpful population. I forgot to mention. that everything is extremely cheap here? 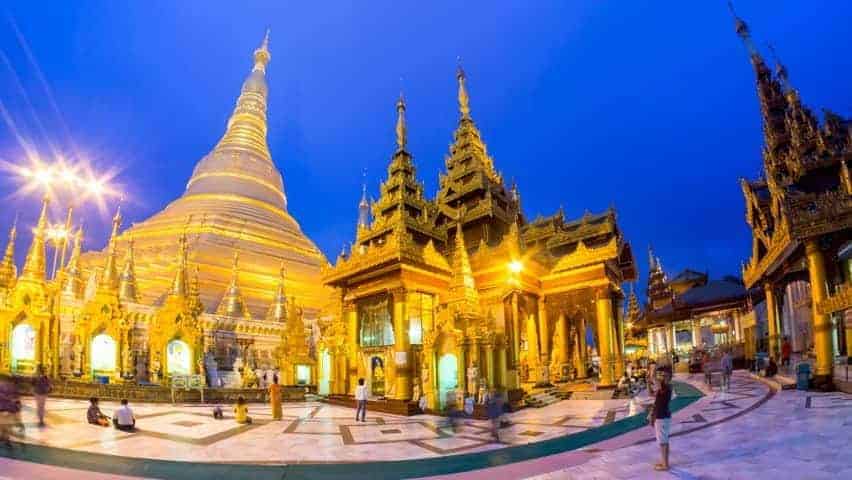 This is the most famous of many Buddhist pagodas in Myanmar. It is from the 6th century before our era (b.c.) and is said to contain 8 of Buddha’s hair. It is still active as a Buddhist temple and an impressive sight with its 1000 visions of Buddha statues large and small. From the pagoda, there is a nice view of the city, and you easily spend a couple of hours exploring the many buildings and familiarizing yourself with the amazing culture and religion.

Rudyard Kipling, the famous poem on Burma and Mandalay

By the gray Moulmein Pagoda, with its gaze toward the blue of the sea,
Is there a Burma girl, it’s me she thinks about.
If the palm tree does not whisper, the temple bells do not sing:
Come on, soldier from England, come back to Mandalay!
Come back to Mandalay, by the old road of the flotilla,
Do you remember the paddle canister from Rangoon to Mandalay?
Oh, that way to Mandalay, full of fly fishing in play,
and where the sun broke like thunder ahead of the china bay of China!
…

Rudyard Kipling, way to go! – and it’s a much longer song 🙂

Learn more about Yangon, Myanmar and traveling in Asia 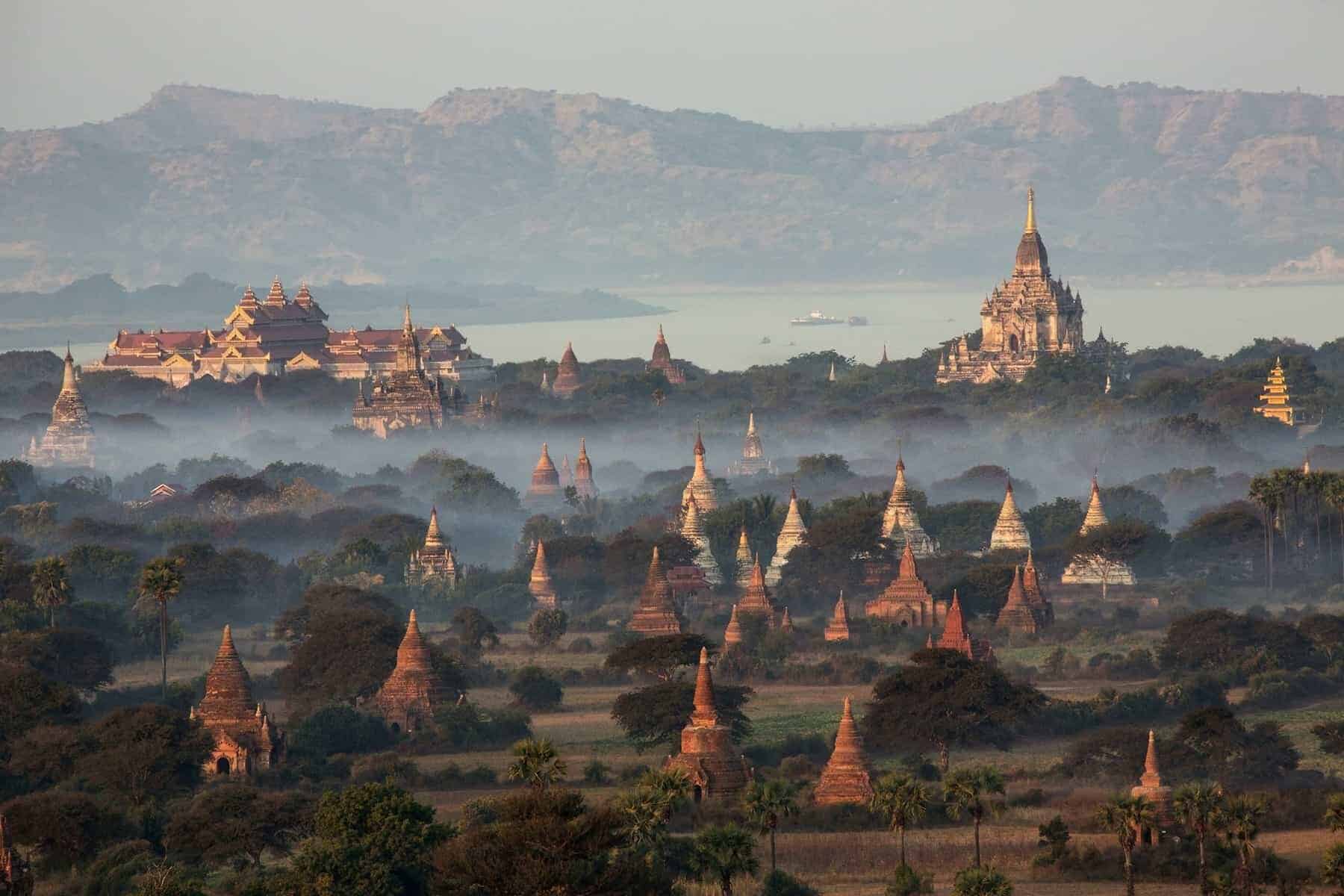 Hot air balloons flying over the temples of the Archaeological Zone in Bagan in the early morning sunlight. In the distance is the Irrawaddy River. Myanmar (Burma).

ATJ writes “They say there’s no time like the present, but that has never been more apt than now: it’s a golden moment for travel to Myanmar, often referred to as Burma. The country is opening its doors, and a joie de vivre is permeating the land. At the same time, there is a palpable sense that sweeping change will ensue.

A trip to Myanmar can now access areas that have been isolated from the outside world for decades.”

Tokyo, the world´s biggest metropolis in fascinating Japan Tokyo is the bustling capital of Japan. Tokyo is a wonderful travel destination with a mix of ultramodern and traditional cultures. Known for its temples, festivals, and its rich cultural heritage, the city has been a favorite place for travelers and...
Laos Adventure Travel

Bula Bula Fiji Fiji Adventures will last in your memory for a very long time: When I landed back home well over a month ago, the first sign that I was home from Fiji was that there were no cheerful guitar players welcoming me to the airport and on...
Vietnam Adventure Travel

Hoi An, the only village in the world with hundreds of tailor shops Mikkel, one of our writers, says: In November 2015 I traveled to Vietnam for two weeks. With a backpack, I traveled through Vietnam on a scooter, by bus and by train. Several cities were visited during...
Africa Adventure Travel