Northern Ireland, a tour of the perhaps most dramatic nature

Northern Ireland has some of the most untouched and dramatic nature

Northern Ireland has some of the most untouched and dramatic nature known from Lord of the Rings. Paired with charming and authentic villages, excellent golf courses, and restaurants to die for. Did I forget pubs and leave out Belfast? Let’s put our walking boots on, so much to see, so little time.

See the Glens of Antrim

The Causeway Coastal Route goes into the Glens of Antrim as it winds its way along the north Antrim coast, but to get the most out of these deep green glens, we’d suggest you go slowly. There are nine glens in total, rich with legend, dotted with great little villages and famous for their festivals. Take in the stunning estate at Glenarm, see the wild beauty of Glenariff and enjoy music in the village of Cushendall. 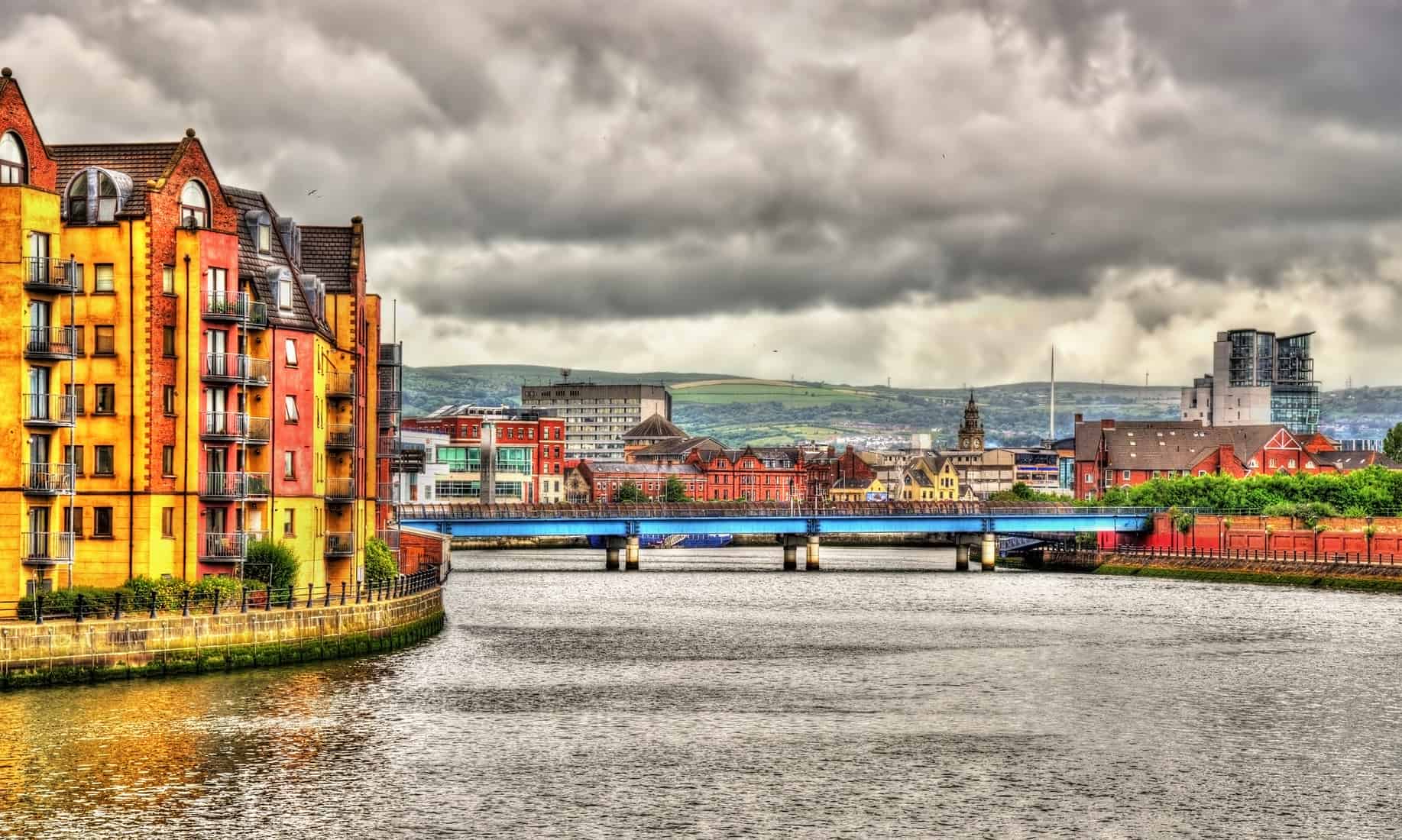 Belfast’s streets are lined with some of the most exciting places to eat on the island of Ireland, from the Michelin-starred delights of Ox and Eipic to the food mecca of St George’s Market. 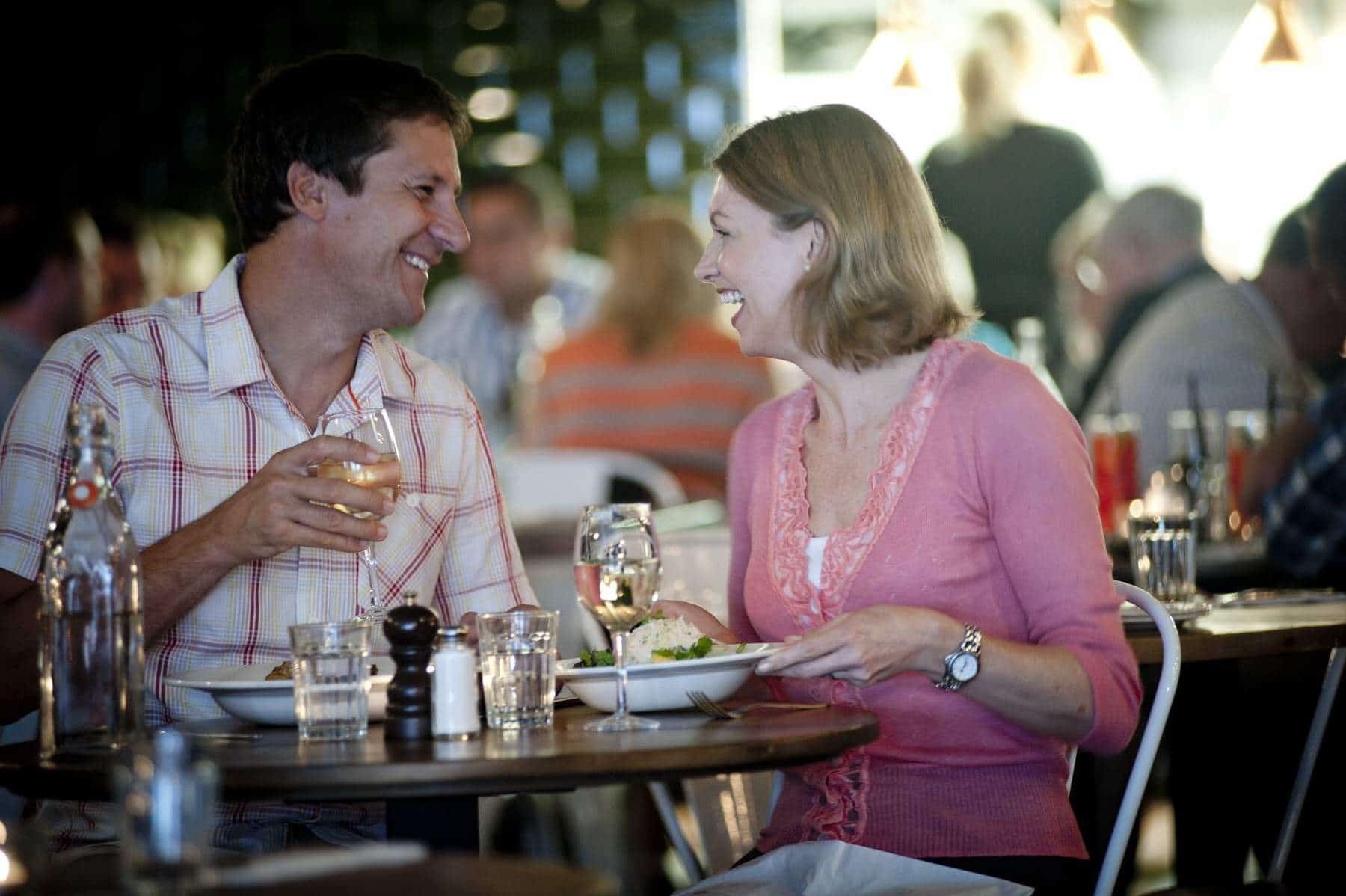 Get the inside track on the city’s food scene – the folks at Taste and Tour will bring you through a smorgasbord of Belfast’s top tastes on the award-winning Belfast Food Tour, with visits to producers, bars, shops and restaurants. 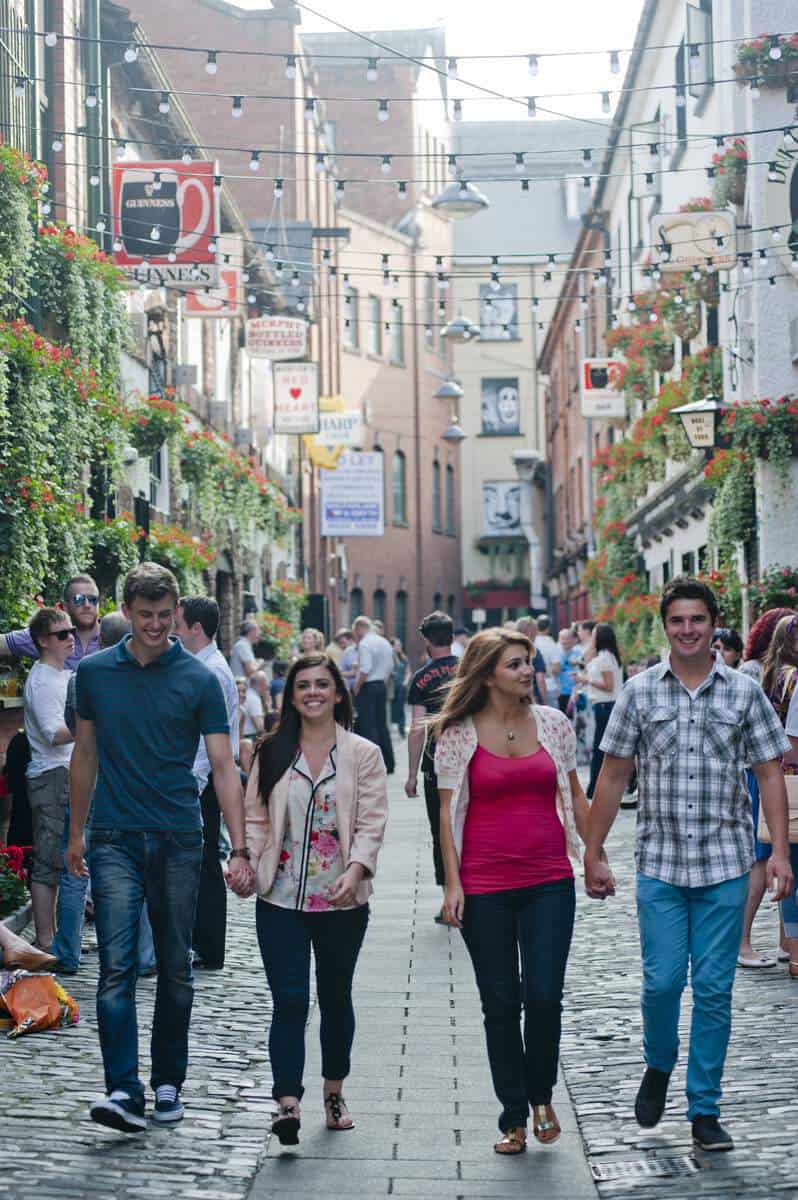 Belfast is Titanic Town. This is the city where the Ship of Dreams was conceived, constructed, and launched. And at the very heart of it all is Titanic Belfast, an epic visitor experience that’s not to be missed. The Titanic Quarter packs in the attractions, too, with the Titanic Dock and Pump-House, Titanic Pilgrimage Walk, and the SS Nomadic, the last remaining White Star Line ship in the world. 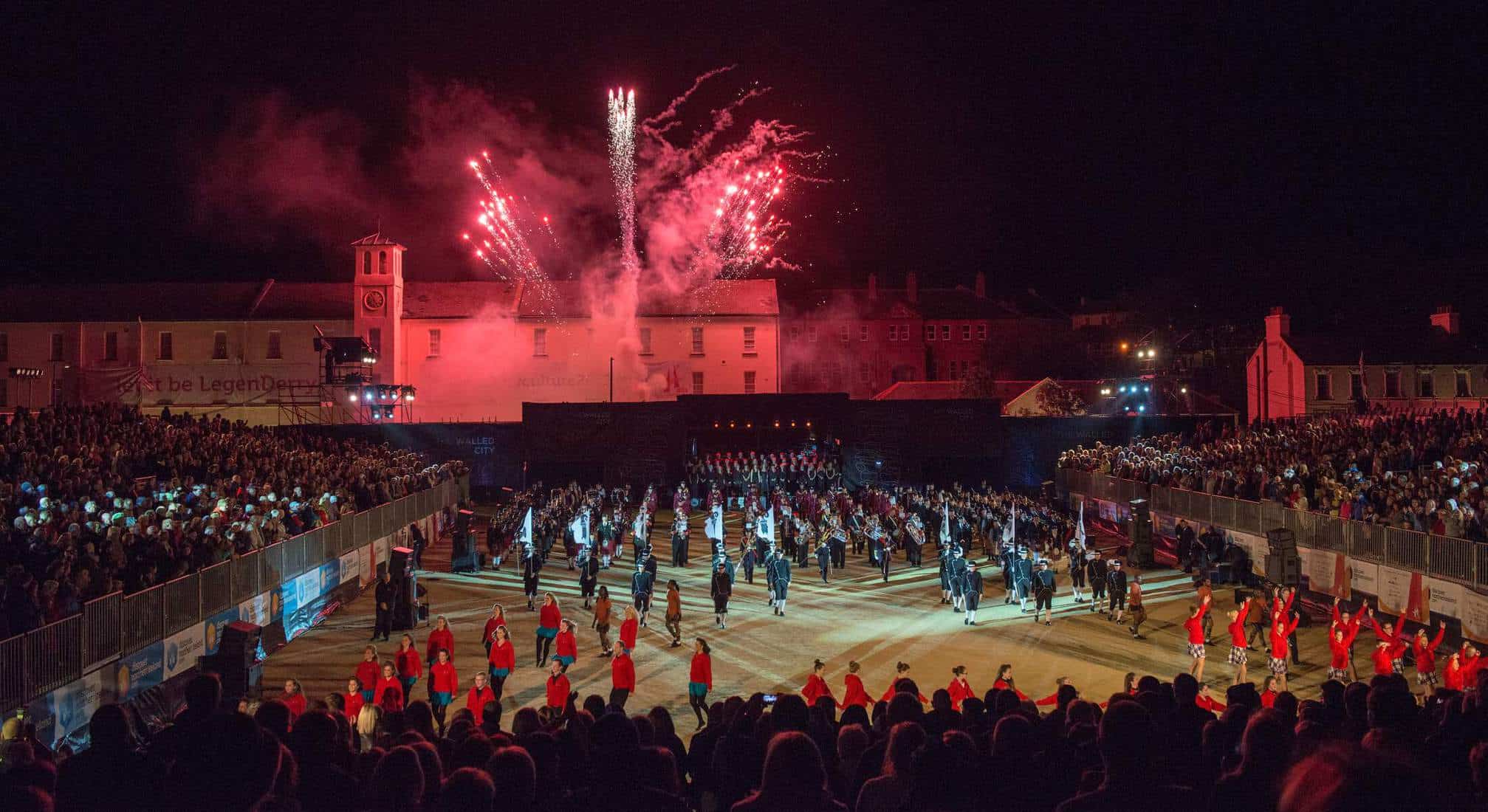 Derry~Londonderry is an enthralling destination with a buzzing scene, vibrant cultural life, and compelling history. But the city’s star attraction has got to be its city walls – majestic structures that date back over 400 years. Walk the ramparts and you can almost hear the echoes of two brutal 17th-century sieges that rocked the city. 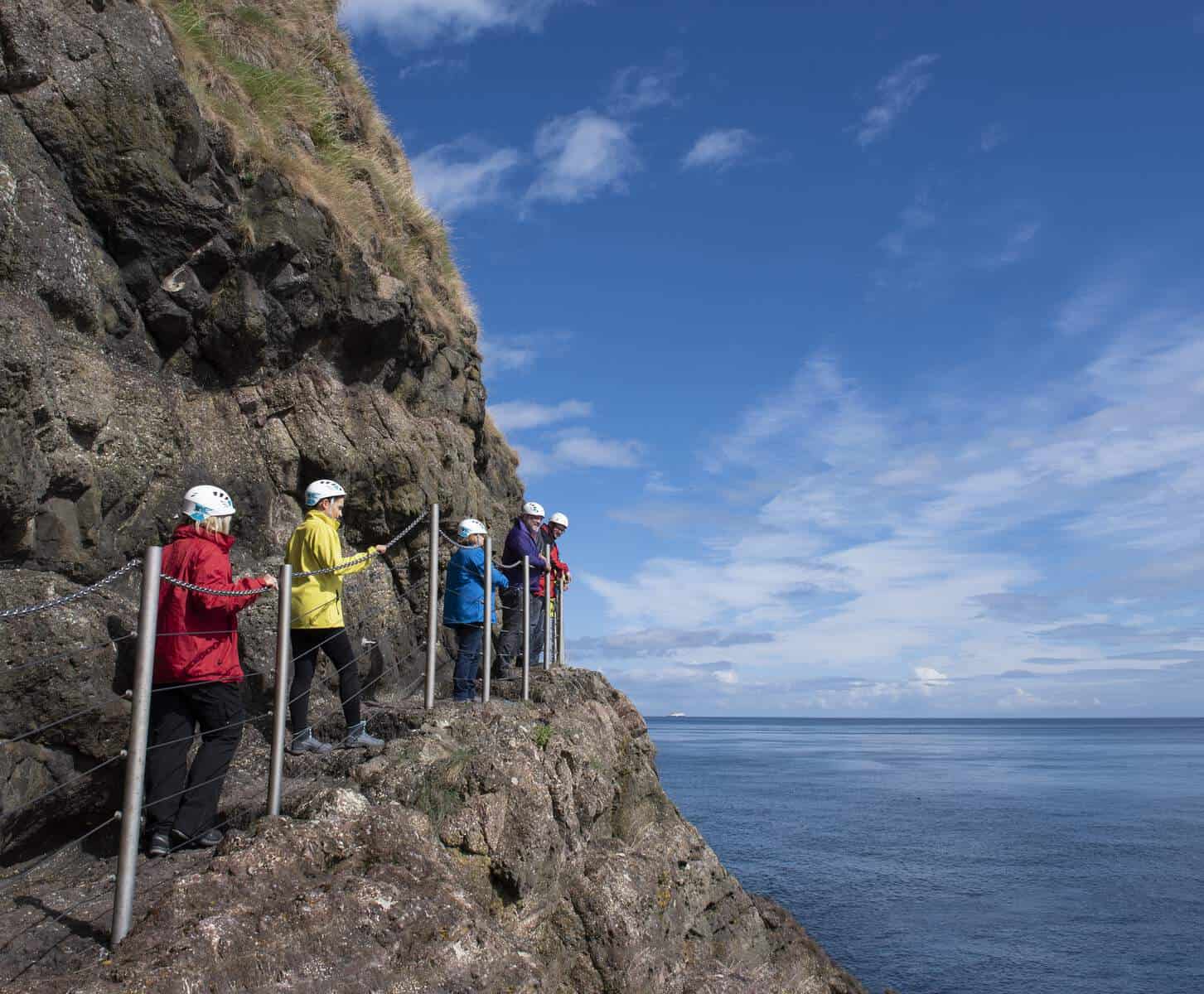 Wrapped around the sea cliffs of County Antrim, the Gobbins is the only guided adventure walk of its kind in Europe. This incredible path snakes overdramatic modern bridges, through smugglers’ caves and above crashing waves. A total walk on the wild side. 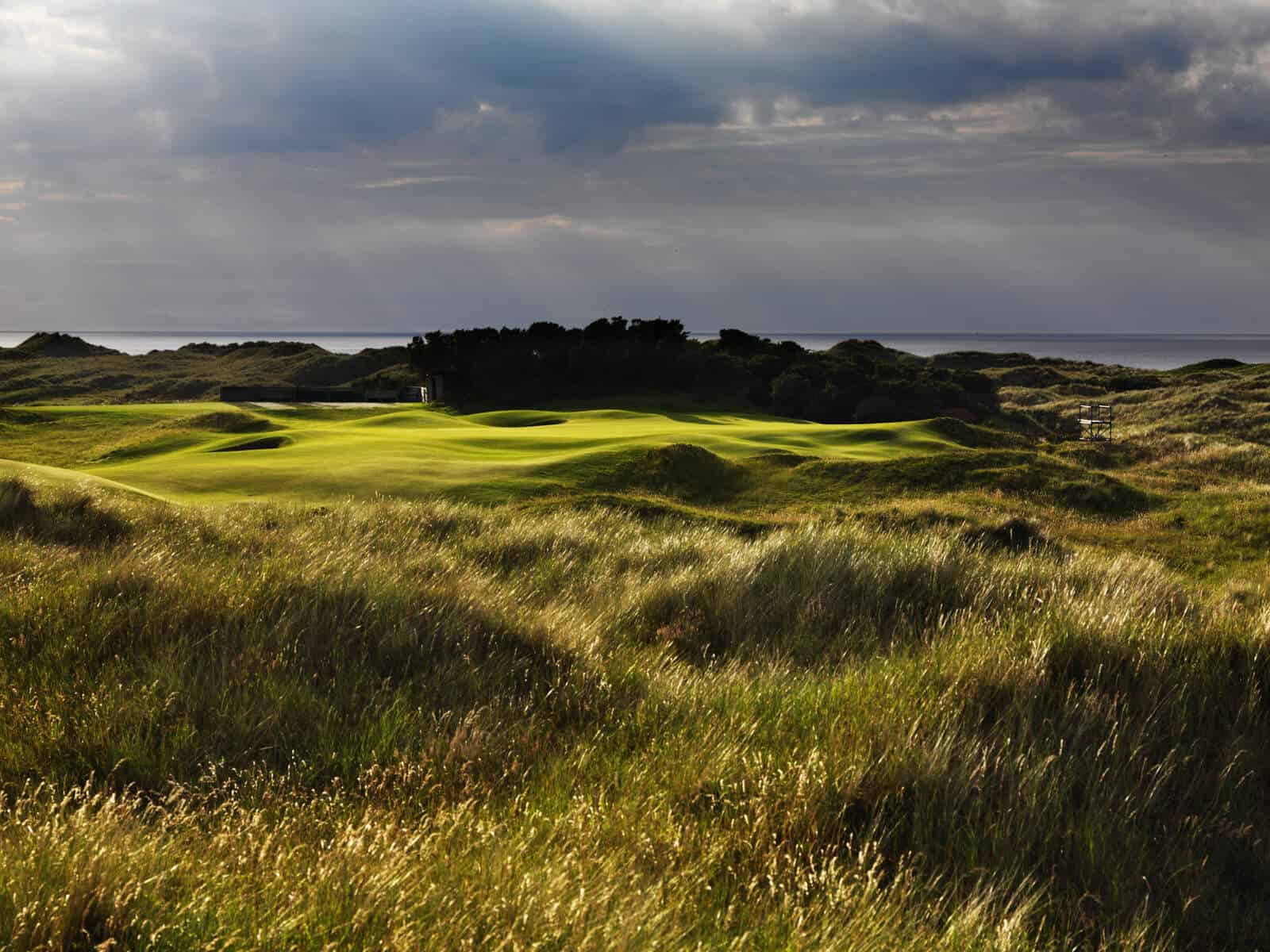 Embark on a golfing adventure

When it comes to golf in Northern Ireland – think big. The stunning variety of golf here is off the charts with spellbinding backdrops, world-class courses, and a very warm welcome. Wondering where to start? Try the famed Royal Portrush, where the Dunluce Links is consistently ranked among the best in the world; opt for Rory McIlroy’s favorite, the Royal County Down; or try the verdant beauty of the Lough Erne Resort, with two championship courses designed by Sir Nick Faldo. 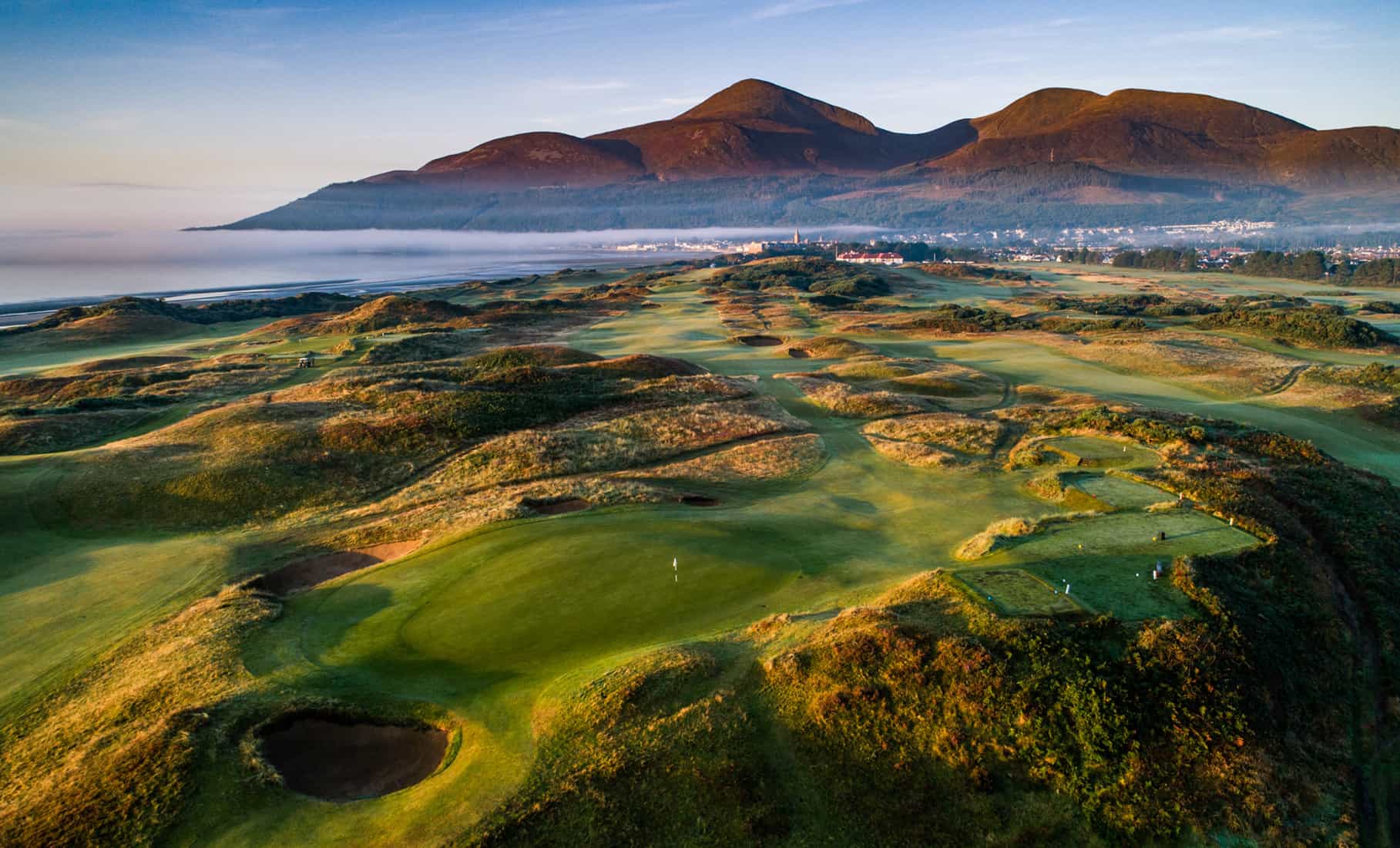 The Royal County Down Golf Club

Escape into Game of Thrones® Territory

Crumbling castles, ancient landscapes, spellbinding coastal villages – the landscapes of Northern Ireland have provided ®Game of Thrones with the scenic backdrops for some of their most memorable moments. From the twisted beauty of the Dark Hedges, an avenue of serpentine beech trees, to the mysterious charm of the Tollymore Forest Park, step into real-world Westeros. 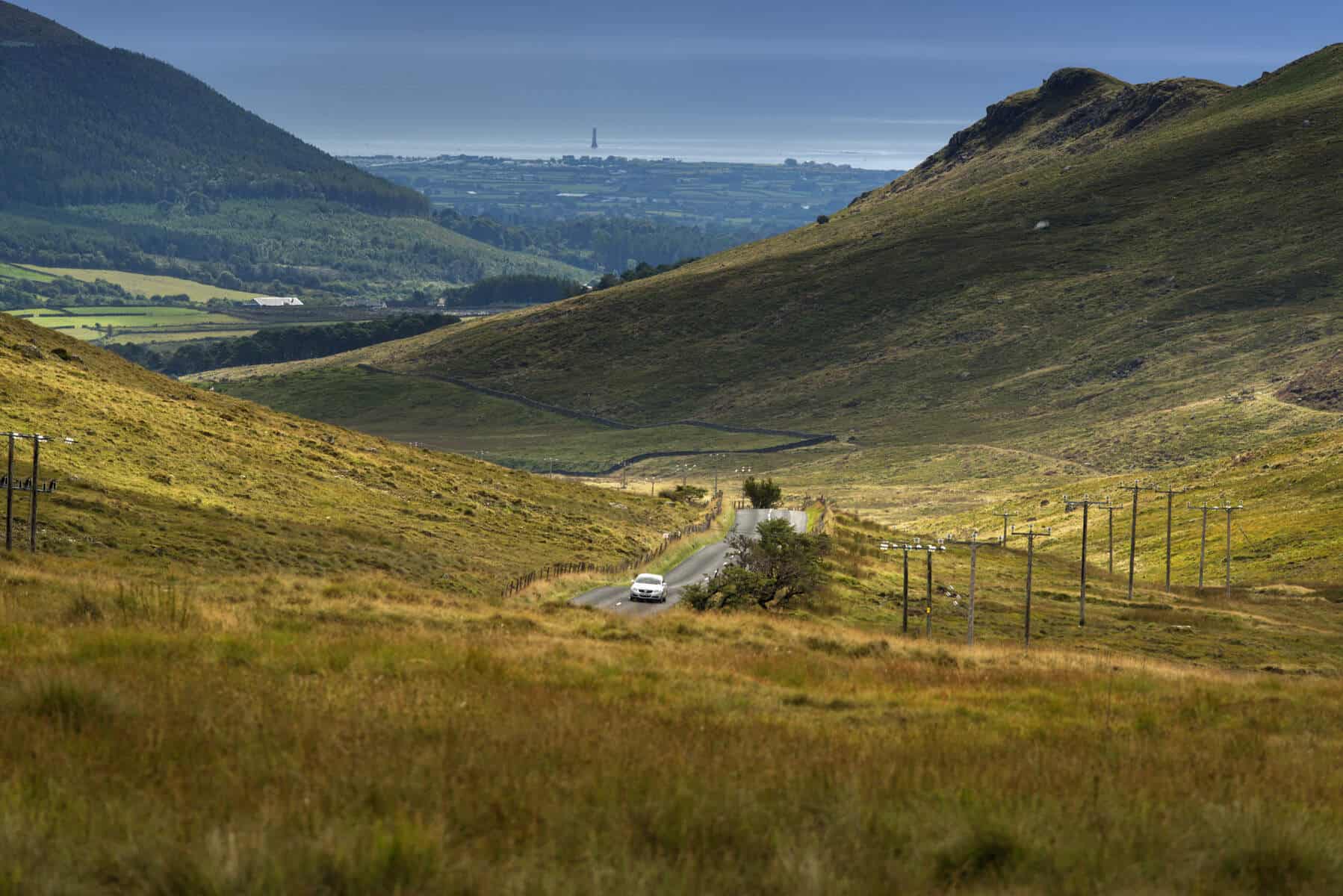 With haunting, indigo-colored peaks, heather-flecked hills, and the magnificent Silent Valley, the Mourne Mountains are justifiably described as among the most beautiful places in Northern Ireland. Take a short stroll along the Annalong Coastal Path (2.5 kilometers) or challenge yourself with the Mourne Way (41 kilometers); enjoy great food in the Mourne Seafood Bar, or discover the wild side of the Mournes with the Castlewellan and Rostrevor Mountain Bike Trails.

Northern Ireland’s landscapes are famous for their wild, rugged drama, but the Fermanagh Lakelands offer a flip side to all that craggy charm. Tranquil, swathed in a blanket of green and speckled with placid waters, the Fermanagh Lakelands is a watery paradise. Island-hop by kayak or canoe, go cruising along the waterways or get on your bike to enjoy the area’s famously slow pace of life.

Visit the castles of Scotland

The UK open to tourism with a few exceptions The UK is open to tourism, at least much more than earlier in 2021. From 1 November, the last 7 countries will be removed from the COVID-19 travel ‘Red List’. The UK (the United Kingdom or the UK) will remove...
England Great Britain

In the footsteps of the Crown, in and around London

The Crown. Experience the places from the Nexflix series The Crown has been such a huge success. Experience Princess Margaret's lavish lifestyle in The Crown in a setting where the party - loving princess was a frequent guest. Very little has changed since then, when Princess Margaret went to...
England Great Britain

The Crown, 5th season aired on November 9th, 2022. Netflix has released the first look at The Crown season 5 teaser, which will release this November. They revealed the trailer during their annual Tudum fan event, which showcased Prince Charles and Princess Diana's separation in 1992 with voiceovers discussing...
Travel agencies Great Britain

Green Traveler Green Traveler (greentraveller.co.uk) is a project aiming to lower CO2 emissions from traveling. The UK-based website was created in 2006 and aims to provide information to UK travelers on how to have a lower carbon holiday. The site features a selection of green travel guides to destinations...
Wales Great Britain

Experience the great outdoors in Wales Explore 870 miles of striking coastline along the Wales Coast Path, which showcases the best of the country’s diverse coastal regions. Discover everything from windswept beaches and dunes bristling with local wildlife to quaint fishing villages and bustling...
Travel agencies Adventure Travel