The magnificent Western Norway by the Hardangerfjord

Western Norway as in the South Norwegian west country is known for its beautiful nature and hilly terrain. About 4-5 hours outside of Oslo you meet magnificent nature in the form of both Haukeli mountain and Hardangervidden. As an unfamiliar motorist in such an environment, the drive can quickly seem intimidating, but for those who are looking for authentic Norway, far away from the city pulse, there is nothing more real than defying wind and weather to reach it promised cottage land out in the country. “Column driving” over the mountains and closed roads can occur, and an overly tight program and schedule can, therefore, be punished severely by the whimsical mood of the Norwegian winter weather. But if the above sounds like an affordable price to pay to see Norway from one of its most undisturbed and clean sides, then it is worth looking at the many options.

First of all, it borders on the blasphemous to write a post about Norway without mentioning “ski”, so let’s start there for the sake of good order. If you stay a good distance inland, away from the coastal cities like Bergen, Western Norway is one of southern Norway’s most snow-safe places. Therefore, it is also suitable for those who want to throw themselves into both cross-country and alpine skiing. Røldal has a fantastic ski center, where it is possible to take a quiet and peaceful walk around the slightly hilly slopes, as well as stick further up in the mountains to the old sheep huts. When the skiing technique has been dusted off and you spell lightly and elegantly across the snow, just look up and enjoy the beautiful scenery and get a little reflection on both small and big issues. 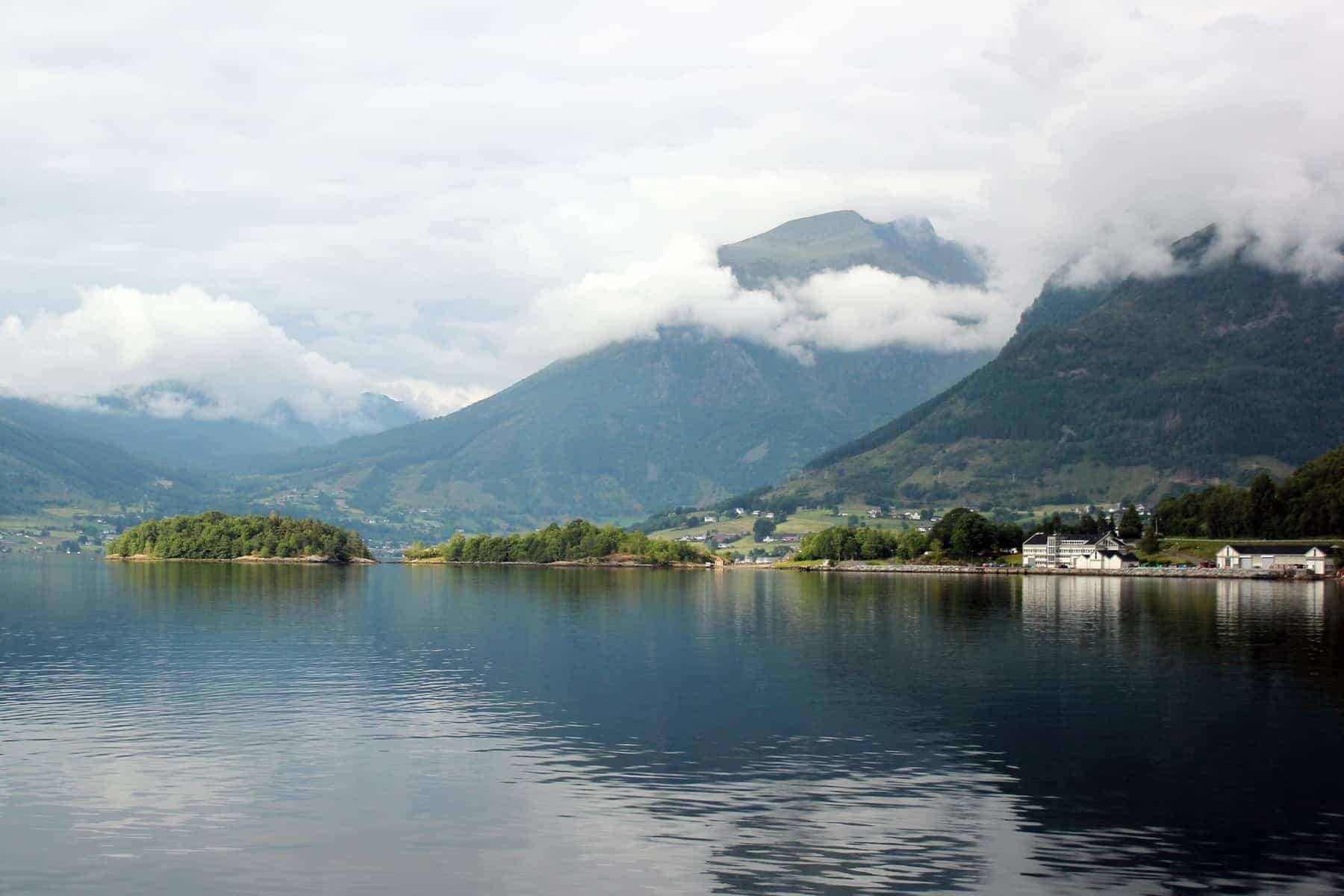 If you love hiking, Western Norway is for you

If skiing is not the preferred activity, there is also the opportunity to take a hike among the many lakes that are inside the Norwegian West Country. There are surprisingly many hotels and cottage associations in the area, where it is possible to have a base for an active hiking holiday. Although the winter landscape certainly appeals to many idyll-seeking people, the place also has its charm in the summer, where the skis are replaced with hiking boots and bicycles. There are stupendous waterfalls on mountainsides, but the most visited is usually the Låtefossen waterfall, which in its best days looks like something from a fairy tale film and at its worst a symbol of the Norwegian western country’s sometimes relentless naturalness. 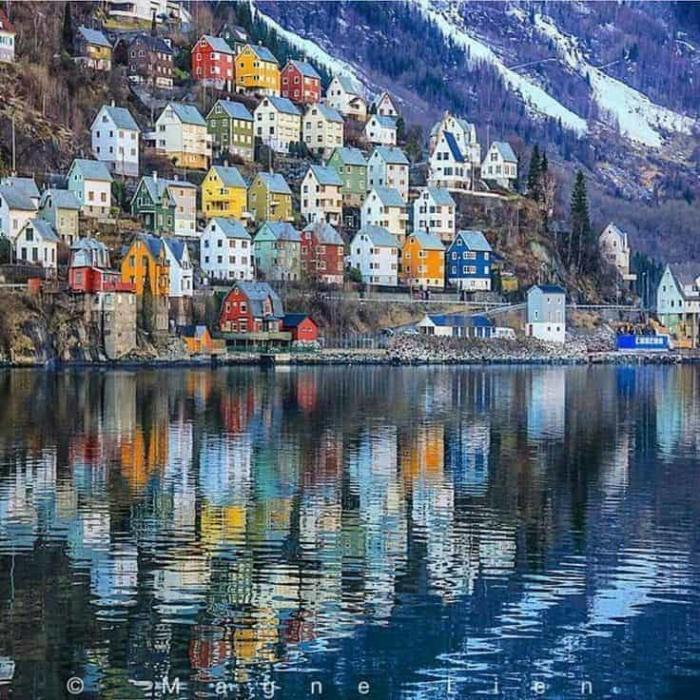 Do you know Odda ? If you do, we are impressed

The closest you get to a town in the area is Odda. Actually, it has everything the heart could desire: hotels, supermarkets, a hospital, a post office, a police station and a pub. The town is located at the end of the southern part of the Hardangerfjord and can perhaps cure the very worst longing for civilization for those who should suffer greater deprivation in that department. That being said, it must be emphasized that it is not a cheap alternative to a city break somewhere in Southern Europe. But there is something cozy about being wrapped up between mountains and fjords, knowing that everyday shamelessness is really, really far away. 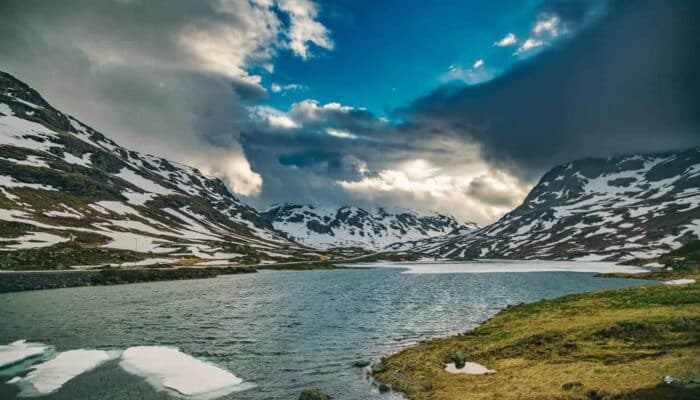 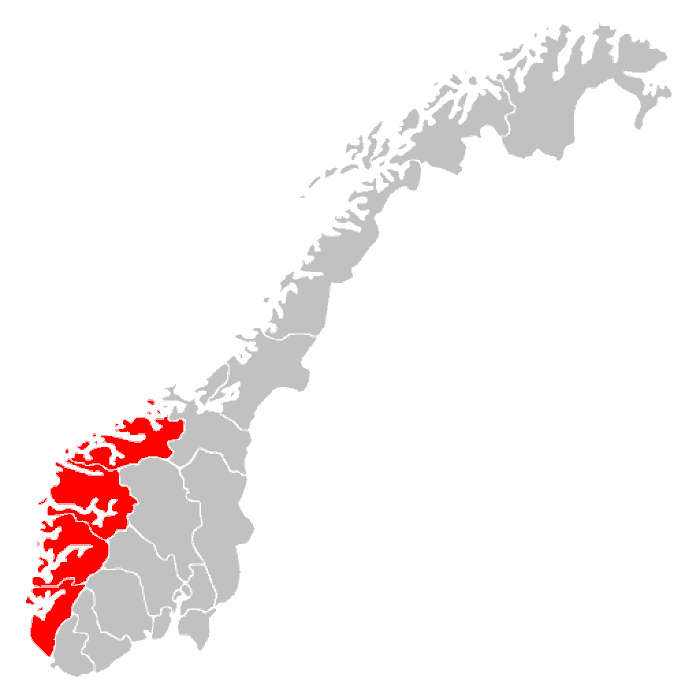 In total, about 1.2 million people live there. The largest city is Bergen and the second largest is Stavanger.

Read more about vacation in mountains in Norway here

The world’s most amazing road trip?

Amazing Northern lights near the Polar Circle in Norway

Northern lights north of the Polar circle in Norway. To the far north in the lightly populated and somewhat deserted Troms county, lies one of Norway's absolute gems - Tromsø. The city is internationally known for being one of the northernmost located cities in the world with more than...
Cruises Norway

M/S Lofoten delivers to all senses. With M/S Lofoten and Hurtigruten and the good ship M/S Lofoten, you can experience the Norwegian coastline and succumb to your inner culinary cravings at the same time. The ship is one of Hurtigruten's oldest and most comfortable with fantastic panoramic decks and...
Cruises Faroe Islands

Travel by sea and explore the North Atlantic

From the railing on the Voyager ship you will see the beautiful puffin, "the clown of the sea" in free dressage The voyager cruise line Hurtigruten based in Norway, but cruising the world, can give you completely different and exhilarating travel experiences. For example, would you experience the North...
Art and Culture Norway

Art in Oslo: Where the Sculptures have left the building

Art in Oslo in Ekebergparken and Frognerparken are two outstanding examples of Oslo being able to carry out major art projects and in general, manage to deliver significant art experiences in the open air, and thus it is very Norwegian. Nature is completely close to the Norwegians. It is...
Active Vacation Norway

Mountain hiking in Norway, the 7 sisters are waiting for you

Are you into mountain hiking, maybe in Norway? Well, then this will not be much better than mountain hiking in Norway, neither as a nature experience nor as exercise. Read about the seven Norwegian mountain peaks. Side by side along the coast of Helgeland - between Hurtigruten's ports of...