Travel to the African continent,  you need to see this

Travel to the African continent? Yes, it is a very good idea. It is the continent with a true pioneering spirit and places to go, never seen before. To quote Anthony Bourdain, the American celebrity chef, author, and travel documentarian is where we all come from (evolutionary speaking of course), and I add where we all should be going again to see what an amazing place it is and btw Africa is more than 3 times bigger than the US. Read and see, why Africa is the place to travel, once the Covid situation is under control.

The huge continent is often neglected in the media, compared to the actual enormous progress in many African countries. Yes, we do get the worst conflicts and genocides in the news like the atrocity in Ethiopia right now. It is sadly part of what goes on also but by far not all.

We also get travel information from places like seductive Morocco, safaris in at least 5 countries, and the wine and golf in South Africa. But there is much more. Soon Africa will have some of the largest Metropolises in the world. And a rising economy. And still unforgettable nature, food, and culture. And most of all diversity. 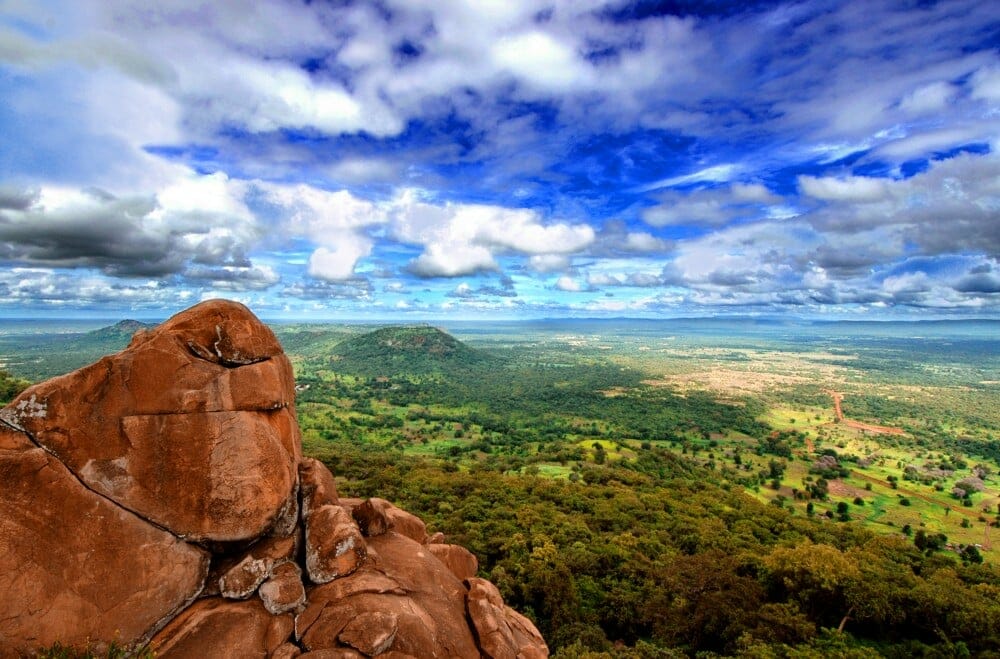 Africa does not by nature or decision to a certain degree fly under the radar. It simply does not have the same awareness internationally, to be frank as Asia, America, or Europe. India and China alone took headlines for good or bad during the latest Cop sessions, but Africa will for good and bad want the same level of living as the US or Europe, make no mistake about it. So African nations are contenders, a force to be reckoned with, and a continent to get to know.

Solid arguments to go to Africa

The African continent also has some breathtaking natural wonders, such as Victoria Falls, which straddles the border between Zimbabwe and Zambia and is commonly referred to as one of the world’s seven natural wonders not to be confused with the 2 lists of the world´s seven wonders like the Colesseum in Rome. The first list now we already are digressing is an ancient one and a second one was done in the 20th century for “wonders” you could actually visit. 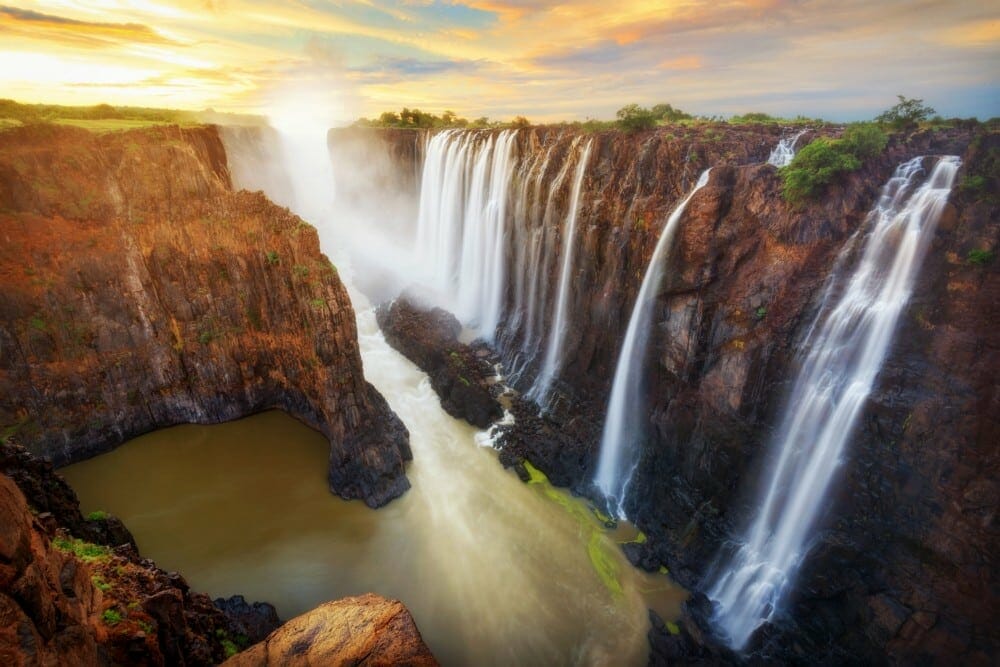 Victoria Falls means “The Smoke That Thunders”; or “Boiling Water”) is a waterfall on the Zambezi River in southern Africa, which provides habitat for several unique species of plants and animals. It is situated on the border between Zambia and Zimbabwe. It is one of the world´s largest waterfalls. There are a few serious contenders in South America and of course, Niagara falls, pardon the pun… falls behind. 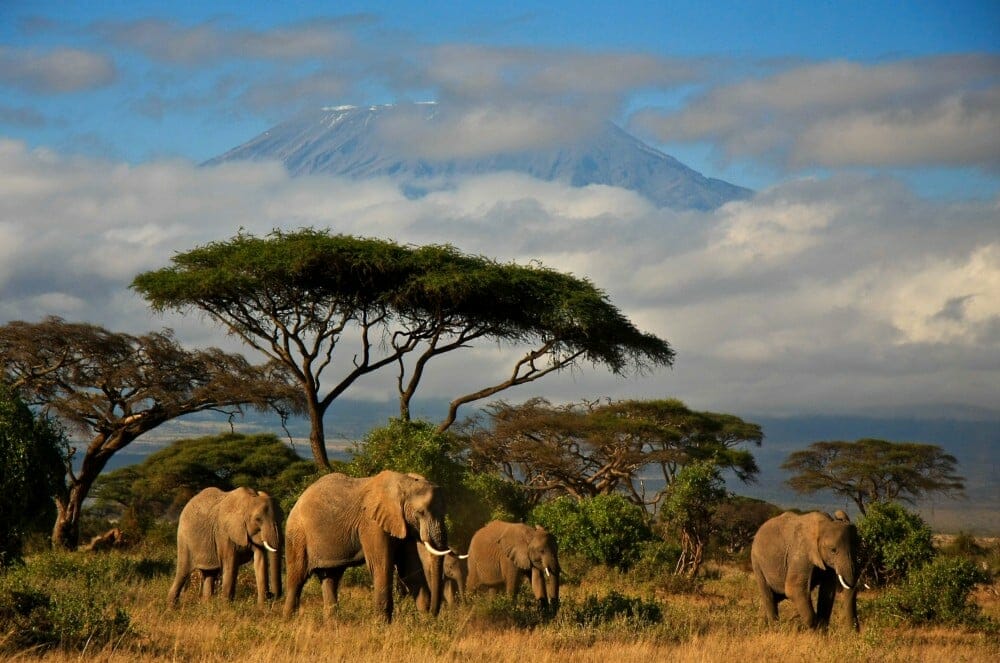 See Kilimanjaro, snow in Africa, and grazing antelopes in one take

There are also soaring mountain peaks, such as Tanzania’s Mount Kilimanjaro, Africa’s highest mountain at over 19,000 feet. 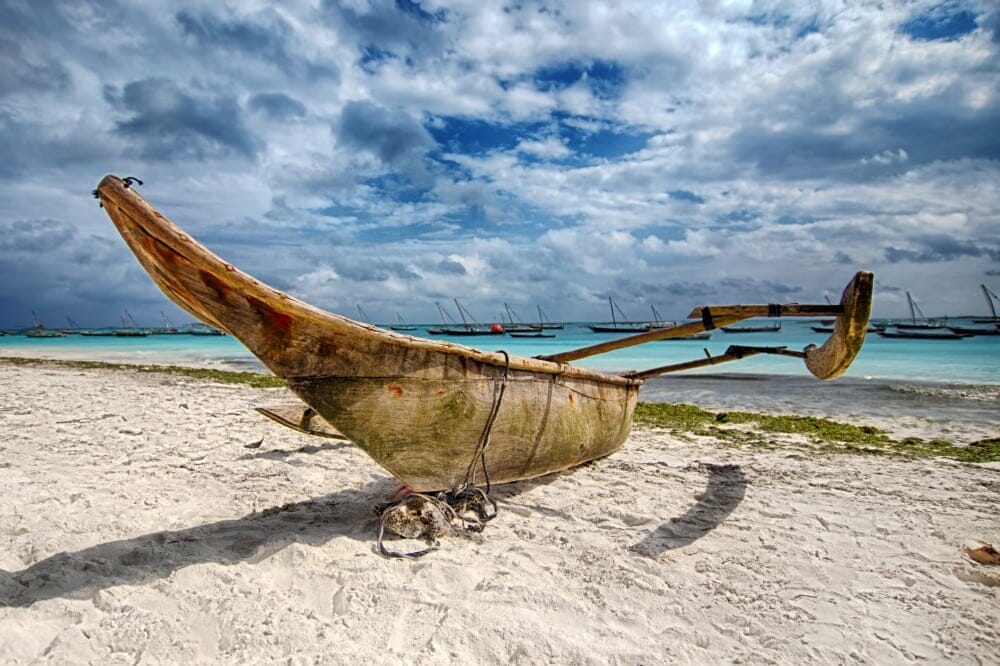 Boat on the beach, easy as a simple life, Zanzibar, Africa on the rise

Then there’s the matter of the beaches. Warm, turquoise-hued waves and white-sand beaches can be found in magical islands like Zanzibar off the coast of Tanzania and the Bazaruto Archipelago off the coast of Mozambique on Africa’s eastern coast, which have thousands of miles of coastline. 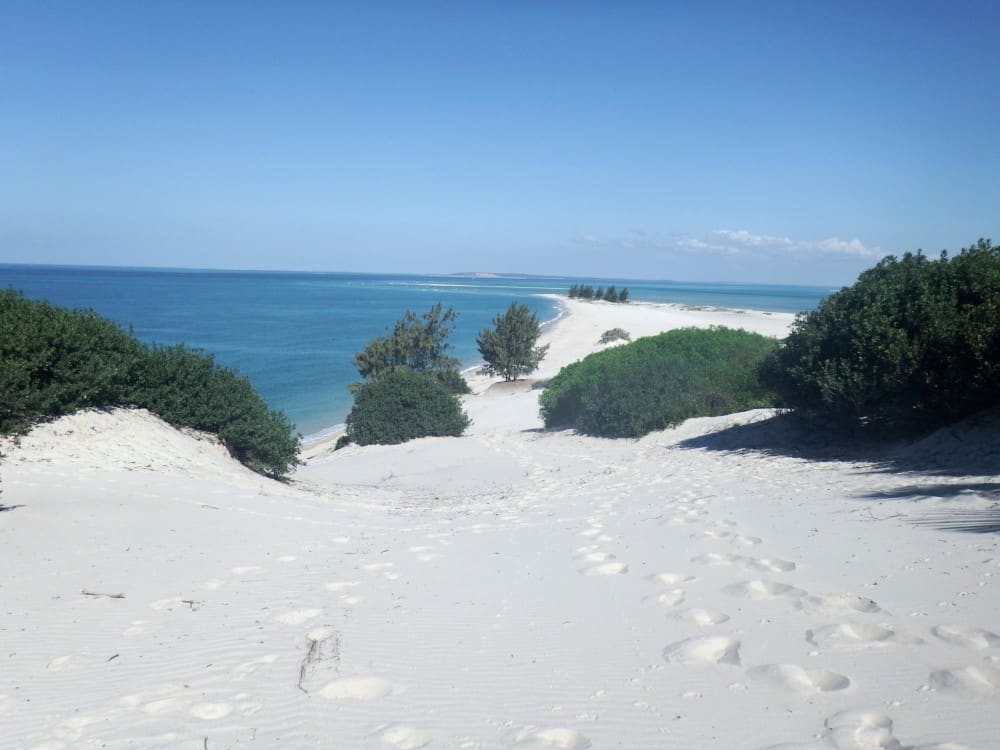 Mozambique on the beach at the Indian Ocean near Vilanculos, on one of the Bazaruto Archipelago islands.

The most typical reason for travelers to come to Africa is to go on a safari or climb Mount Kilimanjaro, but while Africa does provide some of the best wildlife viewing opportunities and one of the seven highest summits in the world, there are numerous other reasons to visit.

Get a taste of a vibrant continent

African food is delicious and understandably a huge subject with so many countries and cuisines.

Travel to the African continent whenever you can.

The African continent is on the rise and I advise you to pay attention. There is so much to see and do. There are so many amazing people. Africa, as a proud continent, actually the epitome of hospitality says “here we are, come & see”. Now that is the prologue to where and why to travel in Africa. It would easily be a 500-page book, but for now, these few appetizers from Africa will have to do. Plus lots of reading for each location and activity Stay tuned. 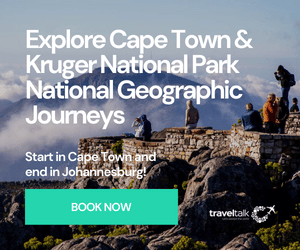 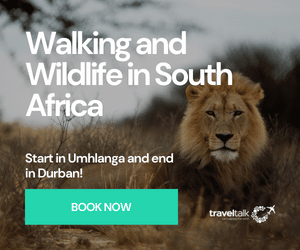 Palma is jet skiing and old history in a wonderful mix. Palma de Mallorca is the capital of Mallorca for approx. 1 million people, and also the home of the airport,  most of the 15 mills. annual visitors arrive by with certainty. It is a city that has risen...
Travel Art and Culture

What to see in Rome? Rome is a city with a rich history that can be seen in its many ancient well-maintained historic buildings and ruins. If you're visiting Rome for the first time, here are some of the must-see sights! So if you are a first-timer in Rome...
Package Tours Travel agencies

Truly Egypt Tours Truly Egypt Tours is a tour operator in Luxor that provides cheap Nile cruise Reservations, Dahabiya Nile cruises and private guided tours. The agency with its head office in Luxor, was established in 2000. We have a wide range of high-quality assistance and we offer a...
The Philippines Diving vacation