Travel to Serbia to see Belgrade and Novi Sad

Travel to Serbia? Yes absolutely: Serbia is a landlocked country situated at the crossroads of Central and Southeast Europe in the southern Pannonian Plain and the central Balkans. The capital of Serbia, Belgrade, is one of the largest cities in Southeast Europe.

What to see in Belgrade

1. Belgrade Fortress: Situated atop a hill overlooking the confluence of the Sava and Danube Rivers, Belgrade Fortress has defended the city for centuries. Today, the fortress is a popular spot for strolling and taking in the views.

3. Skadarlija: Skadarlija is a quaint cobblestone street lined with restaurants and cafes. This is the perfect place to enjoy a leisurely meal or people watch.

4. St. Sava Temple: One of the largest Orthodox churches in the world, St. Sava Temple is an impressive sight. The temple is adorned with intricate mosaics and icons, making it a must-see for any visitor to Belgrade. 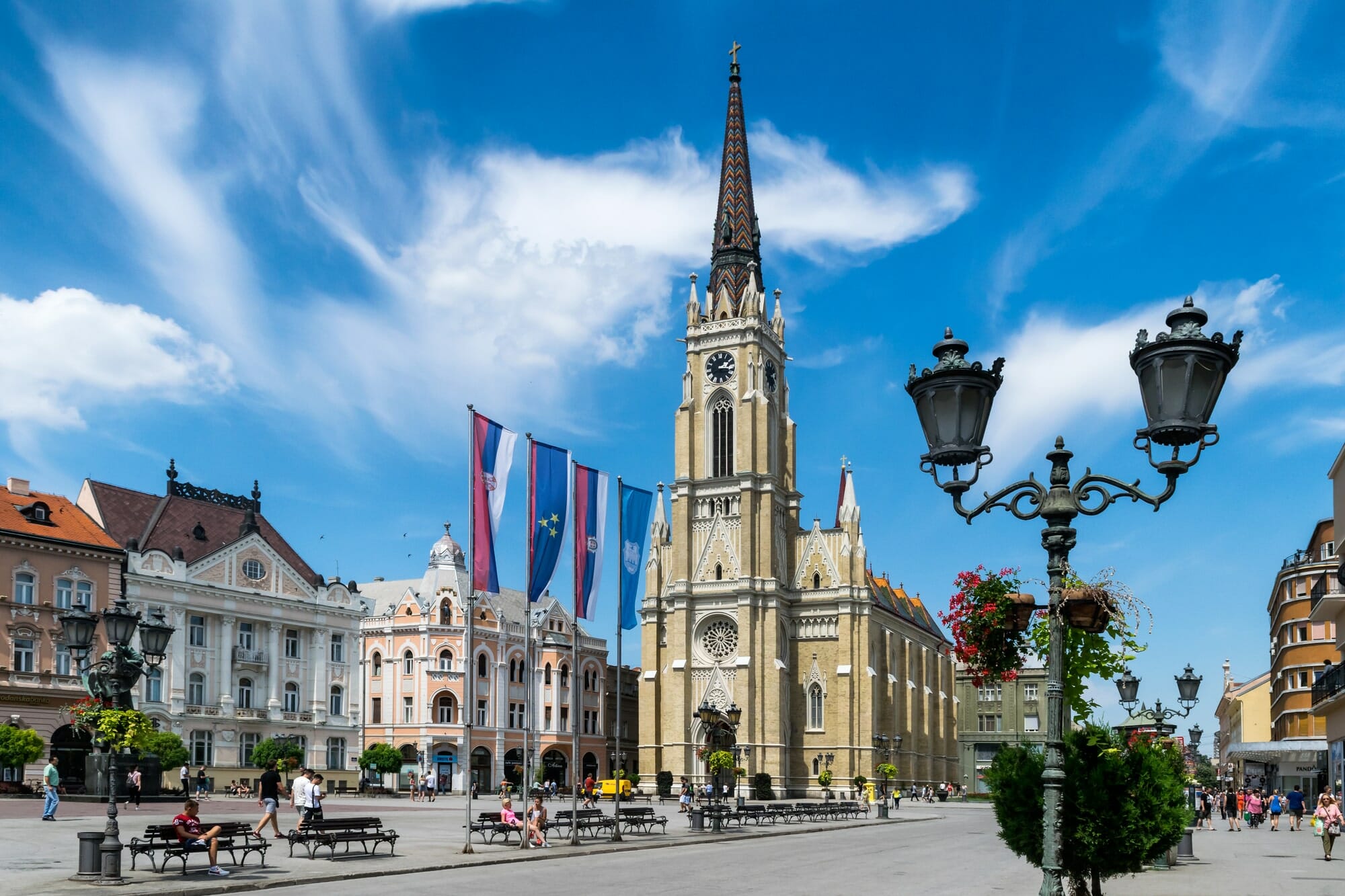 What to see in Novi Sad

Novi Sad is the second largest city in Serbia and the capital of the province of Vojvodina. The city is located on the Danube River, in the north of the country. Novi Sad has a population of about 250,000 people.

The city was founded in 1694 by the Habsburg Monarchy. It was originally named Neusatz (German for “new settlement”), but was later renamed to Novi Sad (“new city”) in 1748.

Novi Sad is an important cultural and economic center in Serbia. The city is home to many museums, galleries, theaters, and other cultural institutions. The Novi Sad Fair is one of the largest fairs in Europe. The city also has a thriving economy, with many large businesses headquartered here.

There are many things to see and do in Novi Sad. Some of the most popular attractions include the Petrovaradin Fortress, the Museum of Vojvodina, and the Serbian Orthodox Cathedral. Novi Sad is also a great place to shop, with many large shopping malls and boutiques.

What to see in Nis

Nis is the third largest city in Serbia and is located in the southern part of the country. It is known for its many historical and cultural attractions, as well as its lively nightlife scene. Some of the must-see sights in Nis include the Niš Fortress, the Skull Tower, and Čaršija Square. For a taste of Serbian culture, be sure to check out the Nisava Folklore ensemble and the Nis City Museum. And of course, no visit to Nis would be complete without sampling the local cuisine, which includes such specialties as ćevapčići (minced meat grilled patties) and burek (phyllo dough pastry filled with meat or cheese).

Vrsac is a city in Serbia that is known for its many historical and cultural sights. Some of the most popular attractions in the city include the Vrsac Fortress, the Vrsac Cathedral, and the Vrsac Museum. Visitors can also enjoy the city’s many parks and gardens, as well as its vibrant nightlife scene.

Subotica is a beautiful city in Serbia that has a lot to offer tourists. The city is home to many historical and cultural landmarks, as well as a variety of shops and restaurants. Subotica is also a great place to enjoy the outdoors, with plenty of parks and green spaces to explore.

Kopaonik National Park is one of the most beautiful places in Serbia. It is known for its stunning landscapes and rich wildlife. The park is home to many different species of animals, including bears, wolves, and lynx.

If you’re looking for a beautiful, natural setting in Serbia, look no further than Zlatibor. This mountainous region is home to some of the country’s best hiking and skiing, as well as stunning views. In the winter, Zlatibor is a popular destination for skiers and snowboarders, while in the summer it’s perfect for hikes and picnics. No matter what time of year you visit, Zlatibor is sure to impress.

Serbia is a beautiful country with plenty to see and do. From its stunning landscapes to its rich history and culture, there is something for everyone in Serbia. Whether you’re looking for an adventurous outdoor vacation or a relaxing getaway, Serbia has something to offer. So pack your bags and get ready to explore all that this amazing country has to offer!