In 2018 the Tour de France route was exclusively held in France. In fact, there is no fixed route from year to year, but the tour consists of stages that move around the country from day to day in 3 weeks, and also outside France from time to time, like starting in Denmark 2020. In 2018 there was a minor detour for a hard dirt route in Southern Spain (and causing some dissatisfaction), but for 2018, it is a tour from the North to the South of France and we look at the beauty of the landscape, the villages and maybe you can use it as travel vacation? It will be interesting to see the places that are carefully plotted via extensive route planning while getting the experience of a beautiful French summer. The race is subdivided into 3 main areas. Whether you’d like to go on a cycling holiday and drive a couple of stages at your own pace, or, go on a road trip across the country, there’s a lot to like about this year’s Tour de France prospects of becoming an ideal vacation. 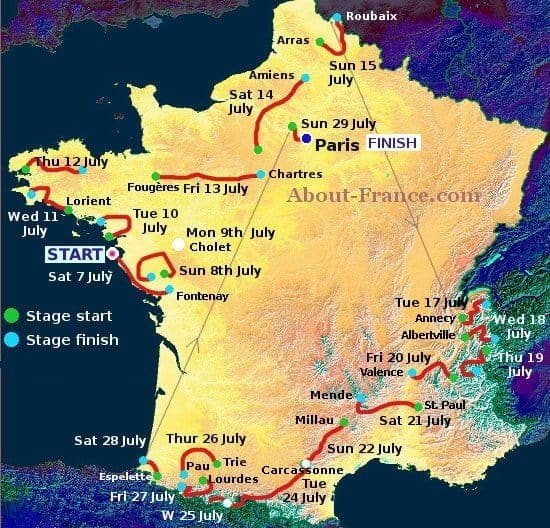 The whole of the first week took place the northern 1/2 of France. The tour started on the small island of Noirmoutier, south of the Loire, which is land-based via a modern bridge with the rest of France.

The first 3 days of the Tour de France in Loire

The first 3 days were run in the Pays de la Loire, covering the 3 areas of Brittany, Anjou, Maine, and Poitou. The regional capital here is well-known Nantes. Then they drove 3 days in Normandy, which is known to be right on the Atlantic Ocean and is known for its oyster and apple brandy and outstanding natural beauty. cathedral towns Chartres and Amiens. Chartres Cathedral is located in Chartres, 80 km southwest of Paris, and is considered one of the most prestigious Gothic buildings in France. 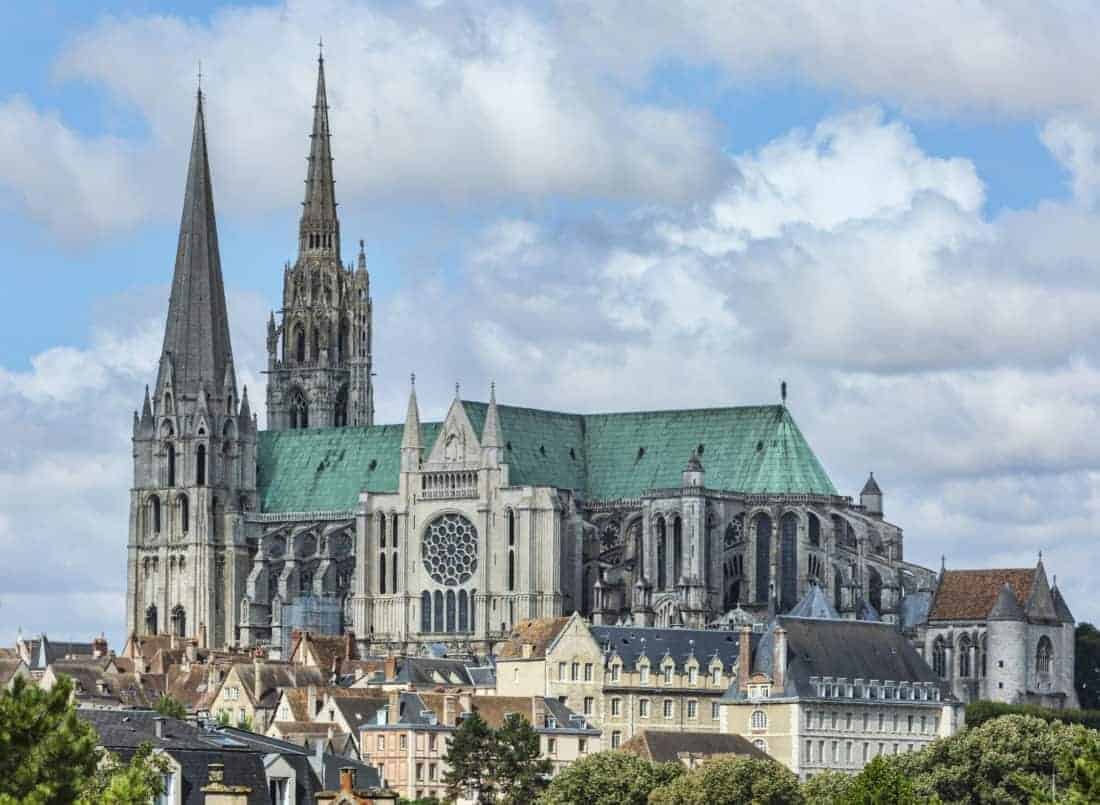 Chartres Cathedral is located in Chartres 80 km southwest of Paris and is considered to be one of the most prestigious Gothic buildings in France.

The rest of Flanders is a part of Belgium. It is on this stage you drive on the tasking of the race cobblestones throughout the stage. French Flanders is an area in the northernmost corner of France in the Nord-Pas-de-Calais region, similar to the districts of Lille, Douai, and Dunkirk. Read more about French Flanders here. 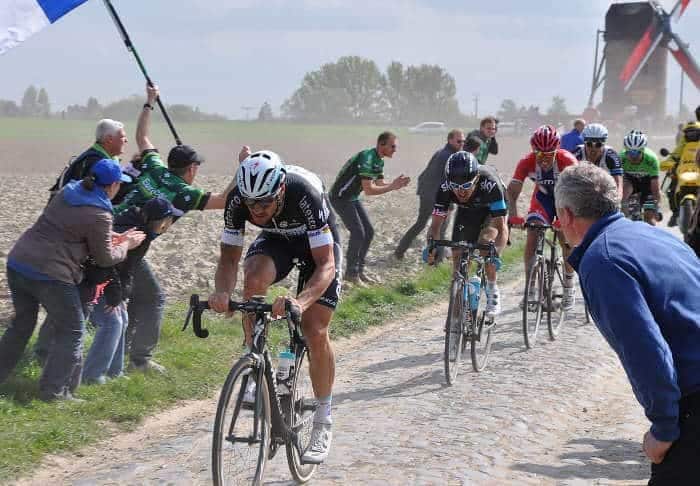 The cobblestone stage in Flanders in Tour de France

The 2nd week of the 3.in total in the tour was laid in the Alps. First in Cevennes from Annecy through a series of mountain passes in the Massif Centr and further down to the Rhone valley. Then from the small town of Saint Paul Trois Chateaux through the western Rhone and Cevennes to Mende. Then from Millau through the rather deserted and isolated mountain scenery of the Southern Aveyron and Tarn departments, across the Montagne Noire to historic Carcassonne with its impressive walls. 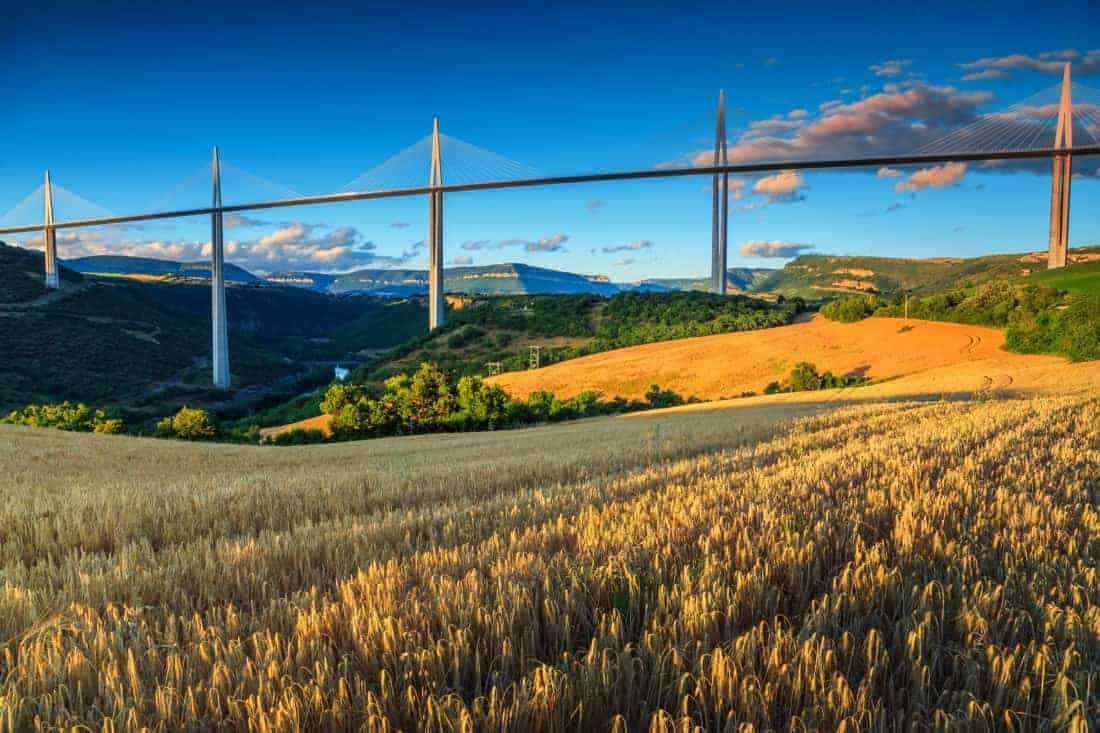 The last and hardest week in the mountains

The 3rd and last week is the 2018 route took place in the picturesque Pyrenees, really hard for the cyclists on the top of the Alps. It ran from Carcassonne over the hills of Aude and Ariège and up to the high part of the Pyrenees at Bagnères de Luchon.

The next 4 days on the route include the classic mountain passes you can visit yourself. Even in a car, it is a bit of a challenge, but breathtakingly beautiful. Of course, the Col de Portet and the Col du Tour are featured in 2018. After the traditional time drive in the Basque Country, the Tour de France 2018 ends in Paris on the Champs Elysée. 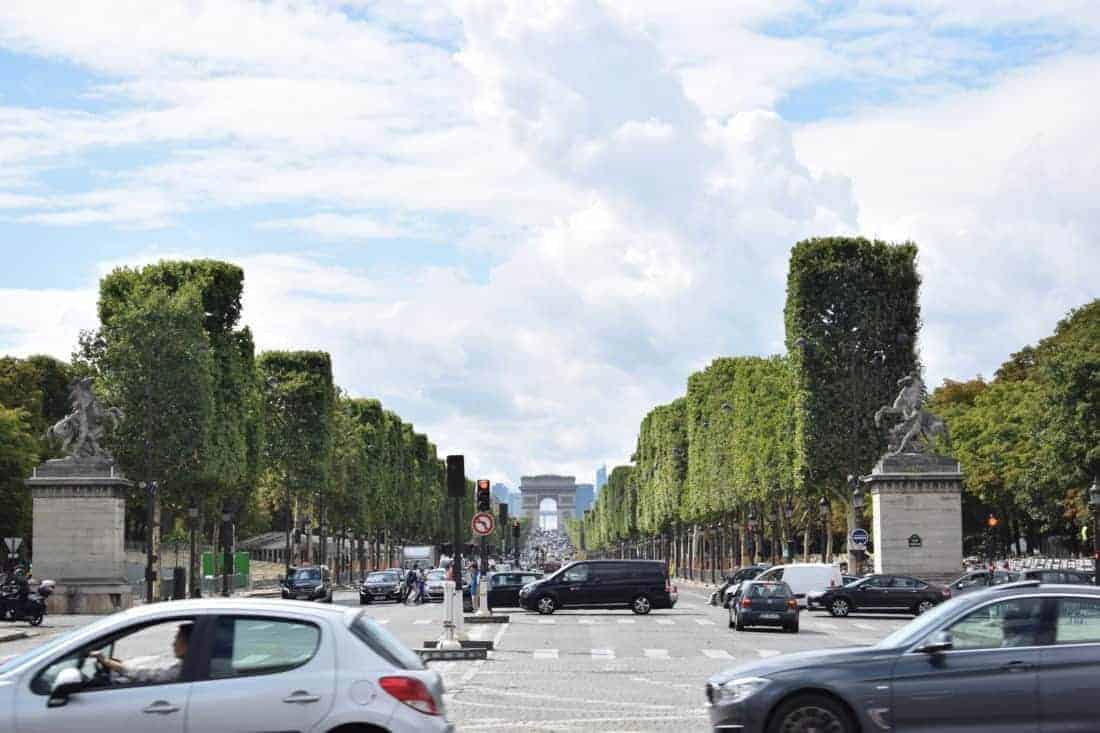 The first years of the Tour de France were excruciatingly tuff.

French food & travel, the ultimate guide and an excellent trip in France

Holidays in France:  Perhaps the best French places to visit? Holidays in France are for more people than any in the EU a dream travel destination. Its nature is staggeringly beautiful, its towns are packed with history, and France´s old and historic castles will make you feel like you’ve...
Travel Food and Wine

Napue: A Gin worth a journey to Finland? Is Napue Gin the world's best gin? Finland is actually really good at anything with distilleries, which leads to tasty alcoholic beverages. Finland is famous for excellent Vodka. But did you know they have a world Class Gin as well in...
Food and Wine China

Hotpot robot restaurants in China have arrived to take over. Haidilao, a quality chain of Chinese restaurants, known for fresh ingredients, high quality, and service,  has furnished one of their restaurants in Beijing with an automated cold room with robotic arms and servers. The aim is operating 5000 robot...
Food and Wine Mexico

Mexican Food, 5 minutes intro to 20 dishes you must try in Mexico. Mexican food is known all over the world for its amazing composition of local and ethnic cuisine. Mexico's food delivers a delicious and vibrant cuisine. Mexico's numerous states detail a mouth-watering a-la-carte that redefines true taste...
Food and Wine Italy

Italian Food, developed to perfection over more than 1.000 years Italian cuisine (cucina) is much more than a form of food; it is a way of life in a country where family, friendship and celebrations are indelible. Italian cuisine is simple, vibrant, and good for you. Italy is one...