Colombia – so much to see in this immense South American country

Colombia is renowned for many extremely good things – its history, culture and natural wonders, to name just a few. Most people, however, will be aware that it also has a somewhat darker side – a not insignificant export of illicit narcotic substances, although that seems to be coming more under control now. But remember, that is the side of things that tourists travelling with a reputable tour operator will never see. 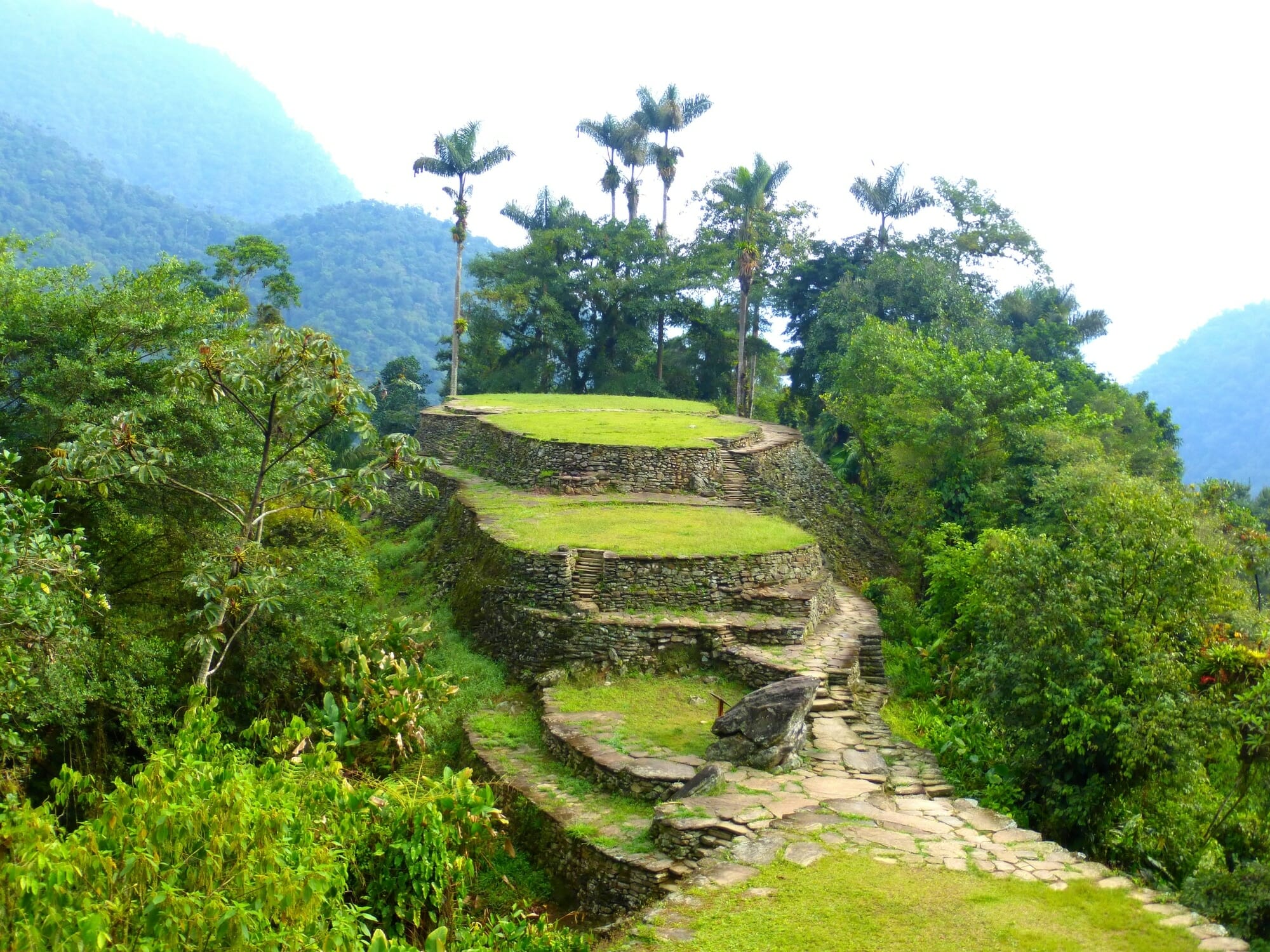 From the snow-covered Andes Mountain Range to the lowland, tropical rainforests and sunny Caribbean coast, there is a wealth of outdoor experiences just waiting to be explored. In the cities, you will find graceful, colonial architecture, while the beautiful coffee-growing regions with their pretty pueblos, where life has changed little over the centuries, will dazzle you with their brilliant shades of green. Anyone for coffee? It is said to be the best in the world. Add to all of that a gentle, smiling people, and comfortable climate, and well, what more could you ask for? Colombia´s inhabitants are a blend of descendants of Europeans, Africans and Indians, each with their own history and culture. That´s what makes this country so colorful and fascinating as a destination. 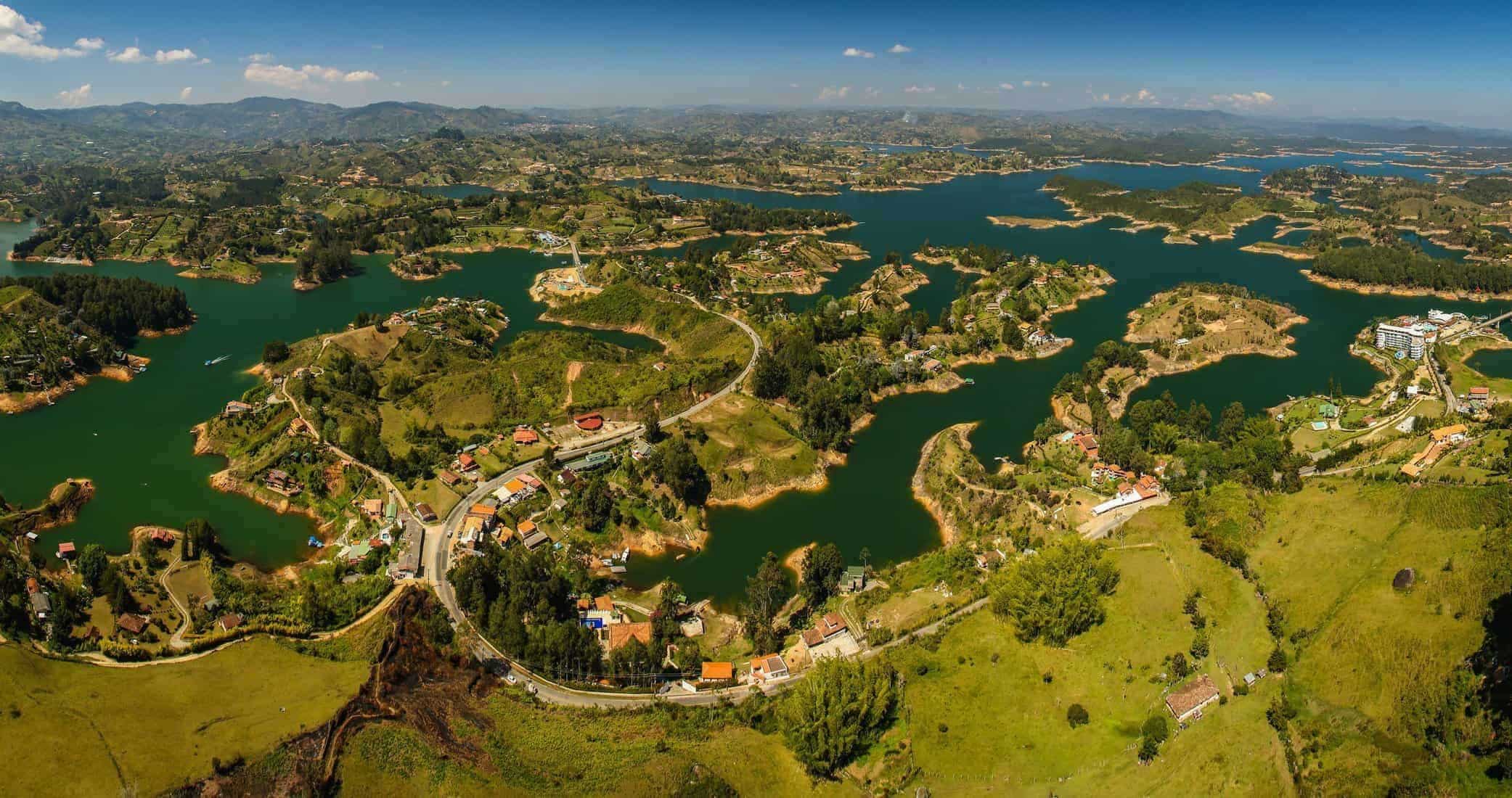 A beautiful landscape from Penol rock viewpoint near the town of Guatape, Colombia

Travel to South America Travel to South America. Let´s first establish the actual numbers of countries in Soth America. We have separate in-depth introductions in individual posts. What are the 17 countries in South America? The countries included are: Argentina, Bolivia (Plurinational State of), Brazil, Chile, Colombia, Costa Rica, Ecuador, El Salvador, Guatemala, Honduras, Mexico, Nicaragua, Panama, Paraguay, Peru, the Dominican Republic and Uruguay. South America is the highest, driest, largest, deepest, and least explored continent on the planet. From Caracas to Tierra del Fuego, there are plenty of superlatives to choose from, ensuring that every traveler finds something...
Mexico Argentina

Spanish-speaking countries worldwide. How many people speak Spanish in The World? There are more than 450 million native speakers of Spanish, making it second only to Chinese in terms of the most spoken languages in the world. English is just behind Spanish, with approximately 360 million native speakers. Let´s dig in. Did you know that more than 42 Mio people speak Spanish as their first language in the US? Mexico, the number one Spanish speaking country in the world Spanish is de facto the national language in Mexico. One of the biggest countries in the world measured by how many...
Colombia Adventure Travel

Colombia, the new hot travel destination in Latin America In recent years Colombia has become one of the hottest new destinations in Latin America and with very good reasons. Its people are incredibly welcoming, it has everything from the Amazon rainforest to the rugged wild coast that overlooks the warm waters of the Caribbean Sea, beautiful colonial cities, some of the world's best cafes and a whole series of fascinating colonial and archaeological treasures to explore. Colombia is a tempting mix of old and new: fascinating urban centers and cobblestone streets left behind by Spanish colonial times, intertwined with...