Along with Paraguay, Bolivia is the only country in South America that doesn´t have a coastline facing the Pacific or Atlantic Oceans. Although Lake Titicaca, the continent´s largest lake that lies along the border of Bolivia and Peru is, at 3,812 meters, the world´s highest navigable lake (for commercial vessels at any rate), it really is no match for the fabulous sand beaches that line the South American coast. The lake consists of melted water from glaciers high up in the Andes, which gives a whole new meaning to the phrase “a refreshing dip”. But if Lake Titicaca´s otherwise impressive geographical qualifications don´t quite make up for its lack of good bathing beaches, the Incan Empire, known here as Tiwanaku, makes any trip to Bolivia more than worthwhile.

Who were the Incas in Bolivia?

A good place to start is where Bolivia itself did – with the Tiwanaku Empire. About two hours (72 km) west of the country´s capital of La Paz, lie the ruins of Tiwanaku, one of the biggest archaeological sites in South America. Excavations in the area have established that it may have been settled as early as 1500 BC, long before the renowned Incan Empire developed. At around 800 AD, almost 20,000 people are believed to have lived here. A disastrous shift in climate brought drought of such magnitude that their agriculture and means of living were wiped out, forcing the inhabitants to leave. By 1000 AD, Tiwanaku had completely disappeared. Today, you can take a guided tour of the ruins of the settlement, and see the megalithic Gate of the Sun with its 48 carved squares, as the cultural history of Bolivia is brought to life. The cradle of Bolivia´s civilisation is also included on UNESCO´s World Heritage List and is full of many fascinating, historical and archaeological treasures for those who are interested. 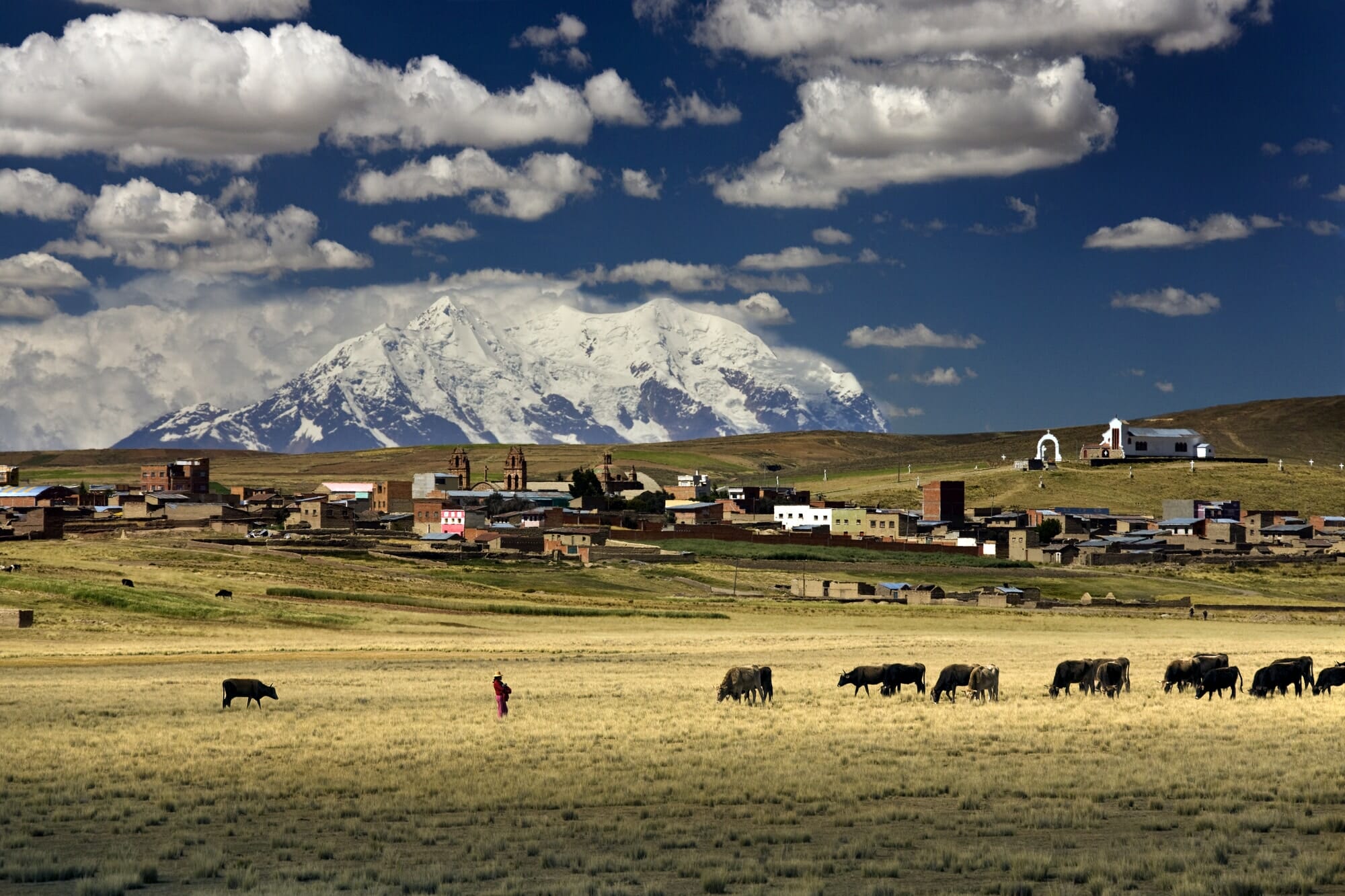 But if the bright lights of the city and shopping are calling, and you´ve had your fill of cultural roots and ancient tribes, save yourself the trip to Tiwanaku and head for one of Bolivia´s big cities. If you´ve already spent some time in historic La Paz, you might lie to visit Santa Cruz in central Bolivia. Santa Cruz is the country´s largest city and one of the fastest-growing cities in the world in terms of population. This is where it´s all happening in Bolivia. It´s the place to be – for business, for culture, great food and much, much more. Halfway between Santa Cruz and La Paz, you might also like to check out another big metropolis, Cochabamba; This is where you´ll find the tallest statue of Christ in the world, Christo de la Concordia (Christ of Peace), almost 40 meters high – 10 meters higher than the more famous brother statue in Rio de Janeiro after whom it was modeled. The surface of it covers 2,400 sq.m. and to gain a better impression of the sheer size of it, if you are there on a Sunday, visit the viewing areas located in the arms. Climb the 2,000 steps or take the cable car to reach it at 2,840 meters above sea level.

Although Bolivia may seem remote and even somewhat daunting (it is after all bigger than France), the country´s efficient network of airline routes links all the major cities, the largest airports being in La Paz and Santa Cruz. So don´t be put off: there are plenty of options that will get you to and from Bolivia, and onwards within this fascinating country.

Weather: El Alto and La Paz enjoy a highland, sub-tropical climate; both cities are located several kilometers above sea level, so don´t expect 30C and sunshine, and be prepared that you may need to acclimatize to the altitude. Both Santa Cruz and Cochabamba are considerably warmer year-round and their summer is the equivalent of our winter (in Europe).

Bolivia from the peaks of the Andes to lush rain forests