Sentosa, Vacation Paradise for the whole family in Singapore

Sentosa Island in Singapore, an amazing playground for all ages.

Sentosa Island, is a small tropical island located in the Central Region, in the middle of Singapore. It is also, according to their own statement, Asia’s leading amusement park. Here, in fact, there are countless entertainment offers and experiences for all ages. From cheap to luxury casinos. The island was formerly used as a then British military base and after that as a Japanese prisoner of war camp and has had several other names. Part of the past one would like to forget. Sentosa was renamed to its current name and planned from start to become a popular tourist destination. It must be said to have succeeded, with over 20 million visitors annually. Here’s so much to do. But if you want to lie on the beach in Singapore this is also the place to go. Attractions include a 2 km long sandy beach with sand brought in from Indonesia and Malaysia. There is Fort Siloso, two golf courses, 14 hotels, and giant Resorts World, featuring Universal Studios Singapore theme park and one of Singapore’s two casinos, where the other is Marina Bay Sands. So there is something for everybody.

There is still a beautiful rainforest to visit. And there is a very nice marina with room for even size sailboats and Yachts find nice space. Sentosa was also the place where President Trump met Kim il Jong for the famous 2019 summit. 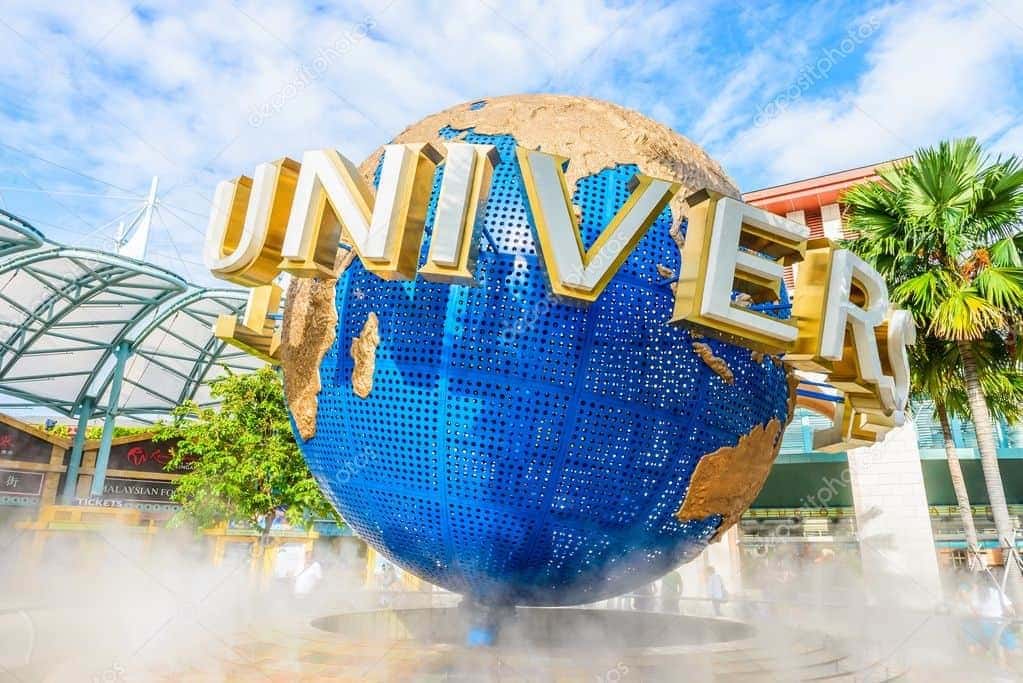 The Rumour is true: Eat delicious food on Sentosa

It’s no secret that you can eat really delicious at Sentosa. Both inexpensive or gourmet style. There are literally all food offerings imaginable.

The latest addition is Rumours Beach Club, a concept you’ll also find at the award-winning Changi Airport in Singapore. In the new Sentosa version of Rumours it is an all-in investment with its own beach, 3 swimming pools, VIP section, Cabana area, Beachfront, Indoor area and Alfresco area. Here you can just hang out, rent a private party area or join a huge party late at night. Rumours has received great reviews and is impressive from the very start. Here are a few impressions from Rumors.

What to see and do in Sentosa?

If you are in Singapore anyway, take a stroll to the island. There is public transport via bridge.

Skopelos, where Mama Mia was filmed

Visit Skopelos in Greece Skopelos is top of my list of Greek must-visit islands. Have you ever dreamed of visiting Greece? I have. And last summer, that dream became a reality when I visited the island.  Skopelos is a small, picturesque island located in the Aegean Sea. It’s known...
France Travel

Holidays in France:  Perhaps the best French places to visit? Holidays in France are for more people than any in the EU a dream travel destination. Its nature is staggeringly beautiful, its towns are packed with history, and France´s old and historic castles will make you feel like you’ve...
Family Vacation

The Turkish Riviera offers an abundance of holiday options The “Turkish Riviera”, perhaps the most beautiful coast in the Mediterranean, stretches over 1000 km from Fethiye in the west to Hatay in the east, close to the Syrian border. The Riviera enjoyed almost explosive growth in tourism some years...
Travel Family Vacation

Sunny Beach in Bulgaria, they got the name right

Vacation in Sunny Beach, Bulgaria Sunny Beach is a beautiful resort town located on the Black Sea coast of Bulgaria. 27 degrees Celsius and white beaches the whole season. With its sandy beaches, clear waters, and lively atmosphere. This is the perfect place to relax and enjoy a sunny...