San Diego is up against major competitors in California when it comes to being a sought after travel destination. California is the most populous state in the United States with an economy the size of a  major country’s economy. It would be in the top 10 in the world in gross domestic product. At the same time, it is one of the most expensive states to settle in. San Francisco City’s associated tech sites such as Silicon Valley are undisputedly the world’s largest new technology hotspot attracting billion-dollar investments in a myriad of start-ups. Some of the most celebrated people in the world live here,  and it is a true “melting pot”, where every day people cross each other in an eternal struggle to avoid the notorious morning and afternoon traffic to and from the city. Thus, it may be difficult for other lovely cities to climb the Californian tourist rankings. But San Diego does it pretty well. Look here.

The city is home to 1.4 million inhabitants (2017) and houses some of the country’s finest beaches. It is in 3rd place and little brother in the state’s hierarchy, San Francisco and Los Angeles taken into consideration. 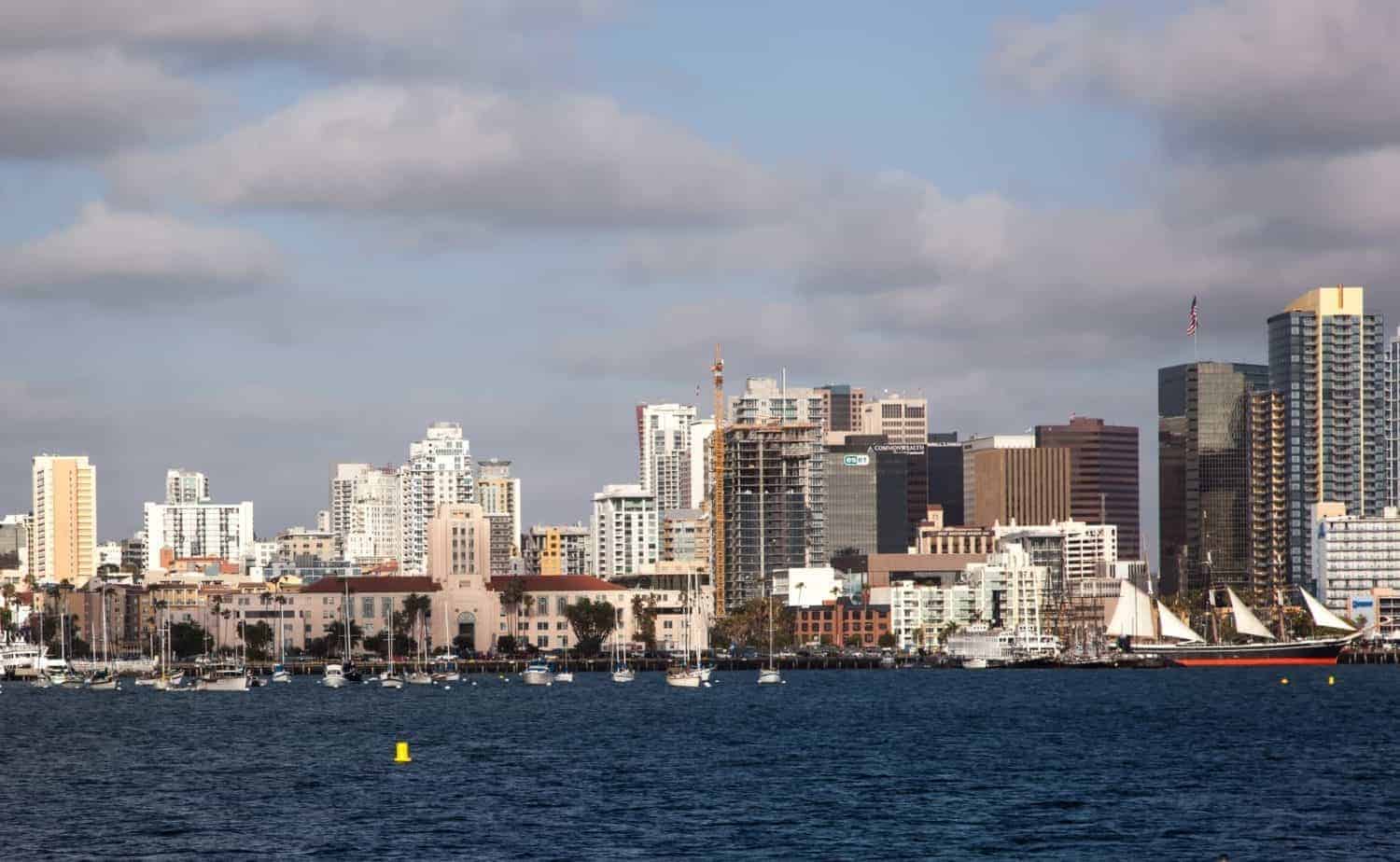 Looking across the harbor to the beautiful San Diego skyline

San Diego is only 28 km from Mexico

San Diego is a beach town primarily, with a stunning waterfront and skyline. With just 28 km to the Mexican border town of Tijuana, the Latin American influence is felt and seen,  when you are walking through the streets. The Mexican pancakes, you get elsewhere fade a bit once you have got your first real burrito or a selection of fish tacos in an authentic restaurant. Although one can easily spot a high-rise building or two in San Diego, the city is not really built in height. It has kept its charm. 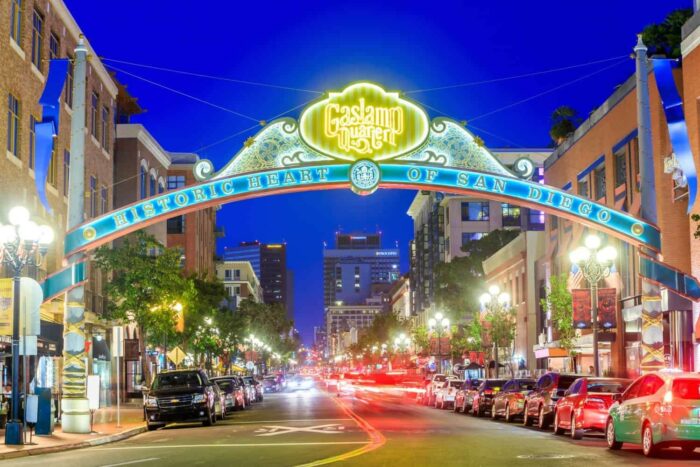 Try to take a tour through the city’s old quarter, Gaslamp Quarter, a charming part of San Diego. The beach life and the Latin American impulses blend into the modern million people city whose attraction to tourists remain more or less intact all year round thanks to a stable warm climate where the temperature rarely moves below 10 degrees Celsius. 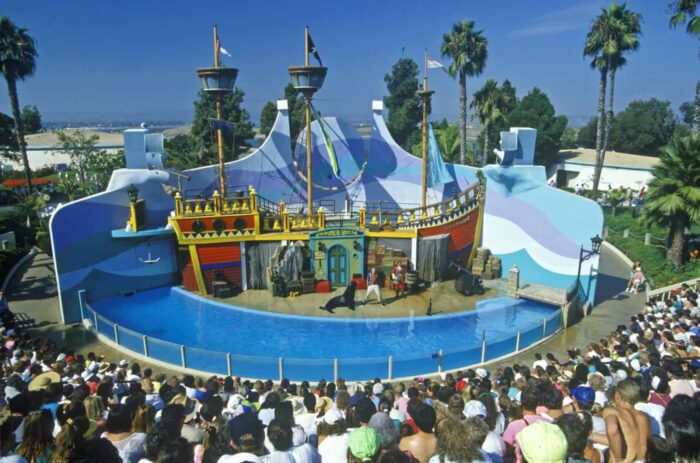 San Diego is in many ways also a family-friendly resort. First of all, you can experience Sea World, a theme park with a lot of sea animals and various aquatic performances. The killer whale Shamu has for many years been the main attraction, but after a coach got injured during a show in 2013, Shamu was released.  Although Shamu has been released, Sea World is worth a day to spend if you have been in a regular zoo with a satisfactory number of times due to Sea World’s different format and the unusual animal species you can experience. 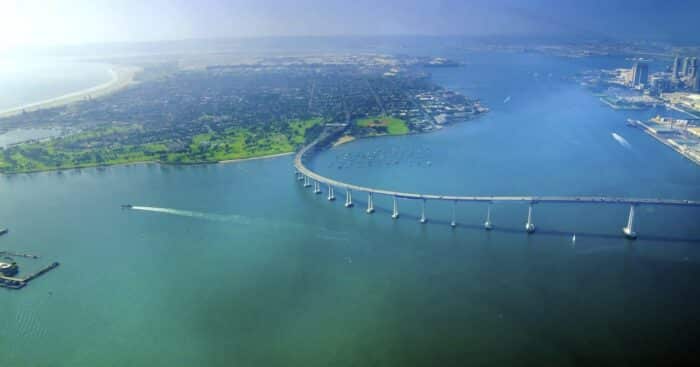 Aerial view of the Coronado island and bridge in the San Diego Bay in Southern California, United States of America. A view of the Skyline of the city and some boats crossing the sea.

Besides Sea World, Coronado Island just outside the city is also a beach area, which attracts children and adults from all over the United States each year. With Marilyn Monroe, Jack Lemon and Tony Curtis in the lead roles. Some like it hot was filmed here back in the 50s. The hotel actually opened back in 1888, but the iconic round main building with the brick-red cone roof is in good shape on the edge of the Pacific Ocean. With fine sandy beaches and charming neighborhoods, Coronado delivers the sweet beach life, but the place is not a beach holiday for everyone. The majority of the island is an American naval base for a myriad of military personnel. It is not something you feel like a tourist, as the military people usually have plenty to look at at the base. A local sailor noted that you can see the light and hear the music playing from the mainland during the weekend evenings when you stand on the base and look over the dark Pacific. This gives rise every year to the USS Midway USS Midway Museum, an old aircraft carrier, opening up to see the fireworks from the ship. There will usually be sold out quickly, so you have to be in good time. If one were to be fortunate enough to be San Diego around that time, there are fortunately many other places and beaches, hotel rooms and bars – from where one can see the New Year Fireworks. We can already reveal that the Americans do not save on the gunpowder that day!

Best of the American West

Walking the Western US National Parks

Vacation time in the United States travel and Mexico 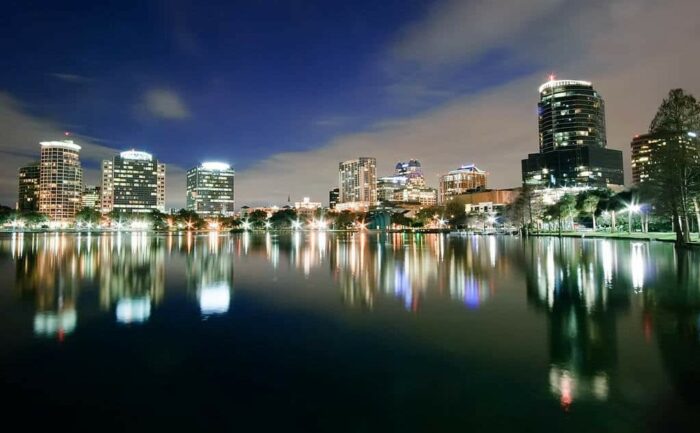 Hotels in New York, from the Plaza to Boutique style

Hotels in New York, be inspired: Affordable hotels to ultimate luxury hotels New York is one of the richest and most fashionable cities in the world. New York is famous for the New York Stock Exchange, the Statue of Liberty, nanotechnology and chip making, its vineyards, cut diamonds,...
Denmark Cycling holidays

What to see in the Vatican in Rome. The Vatican is the mini-state in the center of Rome, One of the smallest states in the world in the middle of the capital of another country. It is rather unique. It is full of incredible art, architecture, and history. If...
City ​​Breaks Airlines

Formula Grand Prix, Sept. 2019, a 3 days roaring party FORMULA 1 SINGAPORE AIRLINES GRAND PRIX 2019 is undoubtedly the highlight of any year´s sporting events in Singapore. The Formula 1 Singapore Airlines Grand Prix, was first taking place in 2008 in the very center of the city and always...
France France Tourist Board