Raffles Hotel Singapore is now officially reopened, with an expanded suite count of 115. Take a look at what’s new, amidst the striking architecture, heritage and graceful service of the hotel through the centuries. In the personal sanctuary of your suite, experience the glamour and sophistication of the golden age of travel. Indulge in luxury and personalized service, true hallmarks of the Raffles experience.

In 1897, Mark Twain responded with this quote on rumors about his death, “the report of my death was an exaggeration”. It later inspired popular journalistic expressions with the words “highly exaggerated” in different formats.
Fast forward 2017, articles from the press in Asia circulated on the Internet, some of which intended to mislead the public that the Raffles Hotel will be closed down. Catchy headlines like those are sure to get a ton of clicks, but would likely disappoint readers with their deceptive nature. The same could be said about the White House closure that went viral during fall of the same year. Still, both structures were in need of renovation. The Raffles Hotel, the most iconic hotel in Singapore, is scheduled to complete its major reconstruction and will be open to the public by the end of the year would. It would surely warrant a visit should you choose to travel to the country. 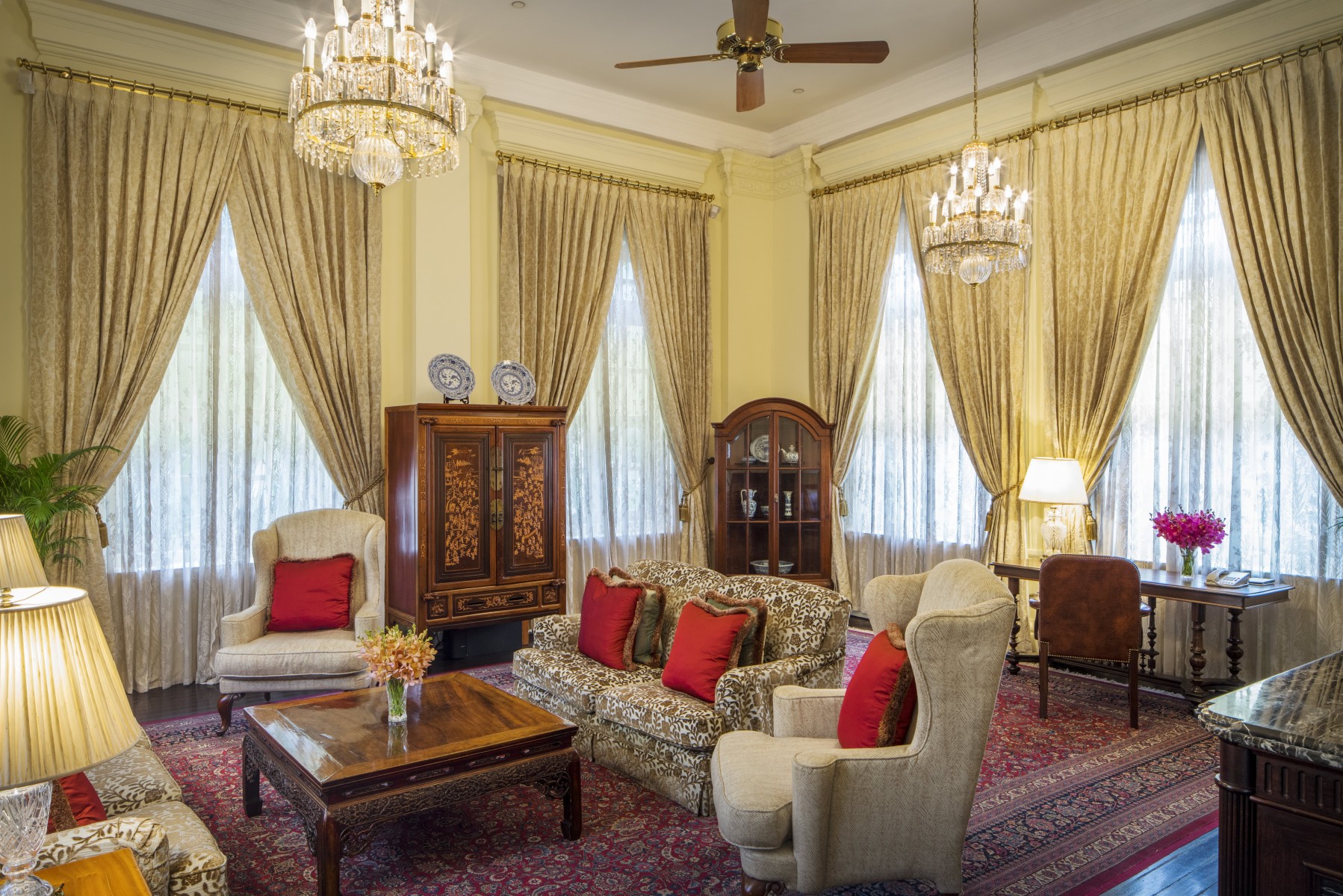 Sources from the hotel management itself tells us that there is a thorough and demanding 3-phase renovation process of the restaurant. The first one is already completed and the next phase started on August 13, 2017. Several of the famous hotel suites are also being renovated in this phase. By the end of 2017, the hotel closed completely, but the famous slings are available in a pop-up concept, right next to the hotel. There’s just too much demand to close it down! Here is the official statement from Raffles: “Raffles Singapore is now fully closed with a planned reopening at the end of 2018. The original Singapore Sling experience is now served at a pop-up Long Bar located at 3 Seah Street, next to the Raffles Gift Shop which remains open throughout our restoration.” 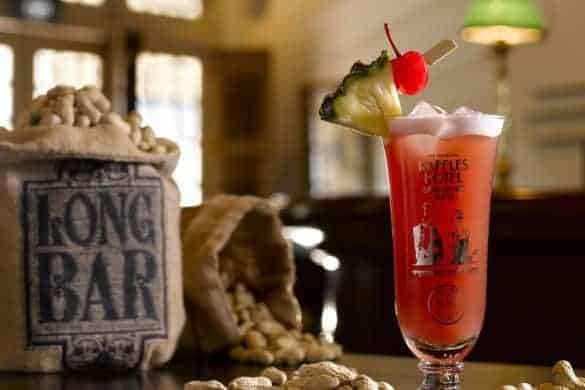 You can read all about the project here.

A little history of the Raffles Hotel

Raffles Hotel opened in 1887 and has since been a five star luxury hotel as well as an iconic landmark in Singapore. It features the essence of Far East charm and style with its famous colonial architecture and interior design.

Raffles, with its excellent location, is an oasis in an ultramodern city. It has hosted and served a myriad of well-known, influential and rich individuals throughout the years.

Bar & Billard Room. We cannot wait to get back in! 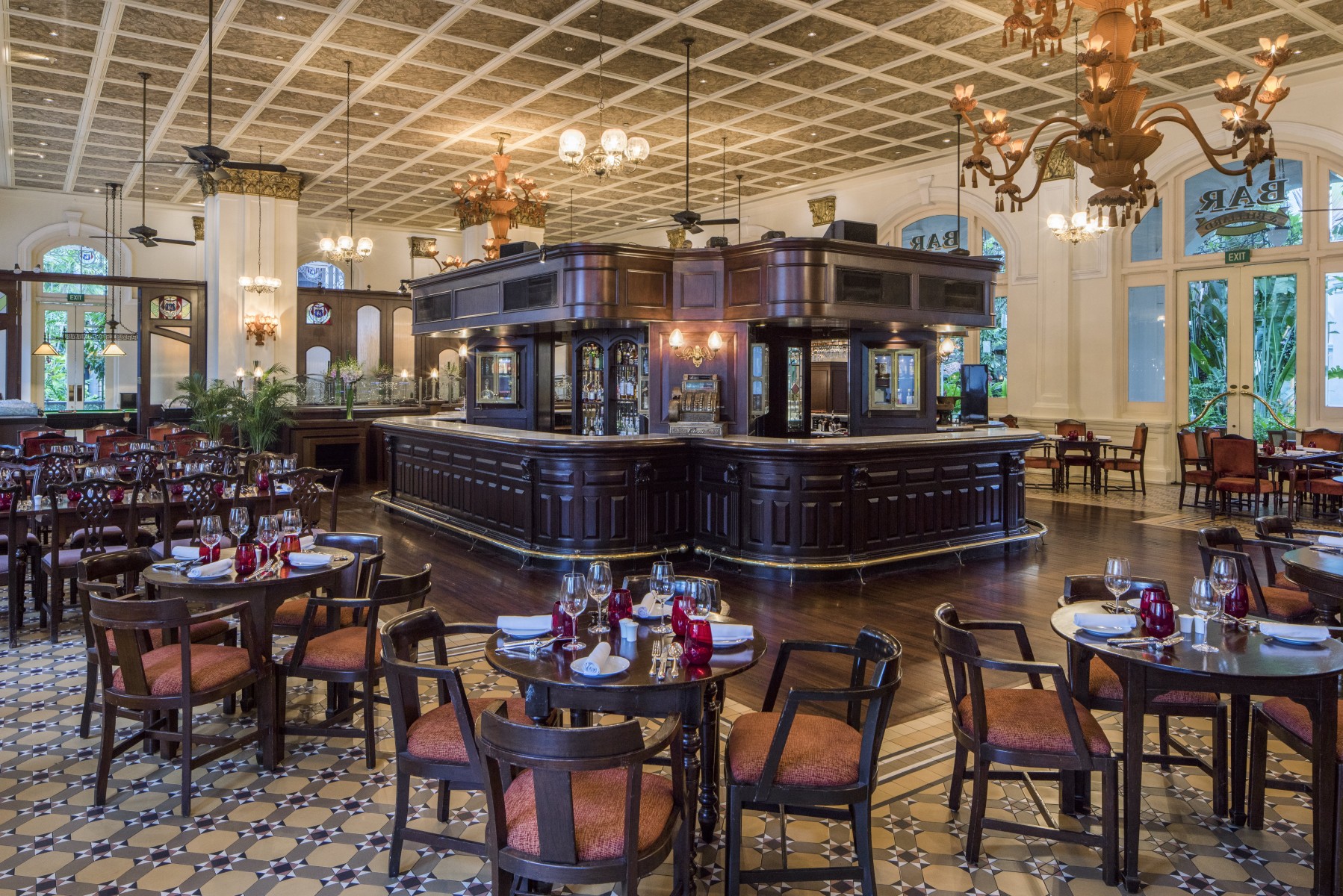 Well, that’s about Hotel Fullerton you’re looking for, the old post office converted into a luxury hotel with the best location.

Learn more about other top hotels in Singapore

Would you like to see the hottest bars in Singapore?

Fly only with the best at Singapore Airlines

Seattle, the locomotive of the West Seattle has much to offer including an awesome selection of restaurants (need we say fish and seafood, in general, is superb) and cafés. See what the New York Times experienced in only 3 days visit. I first…
City ​​BreaksItaly

Romantic Bergamo In the middle of the northern Italian hilly landscape lies Bergamo. A romantic city that holds much more than you would at first glance. The cozy squares, green areas and small streets with bistros, pasticcerias and gelaterias make the town…
City ​​BreaksSpain

Palma is jet skiing and old history in a wonderful mix. Palma de Mallorca is the capital of Mallorca for approx. 1 million people, and also home of the airport,  most of the 15 mills. annual visitors arrive by with certainty. It is…
AIitaliaAir France

Is Shopping in London Europe’s Best Shopping experience? Here’s an intro to shopping in London that will titilate your shopping gene, and London does that to you! London Fashion Week (LFW) is a clothing trade show that takes place in London twice a…
City ​​BreaksPortugal

Lisbon in warm and welcoming Portugal Lisbon is the capital in Portugal, the European country located on the Iberian Peninsula in the southwest corner of Europe. The west and south of Portugal are set at the corner of the Atlantic Ocean, giving…
City ​​BreaksUSA

Why San Diego is an obvious  vacation alternative to San Francisco and LA San Diego is up against major competitors in California when it comes to being a sought after travel destination. California is the most populous state in the United States…
ChinaCity ​​Breaks

Visit Macau, a James Bond-like adventure Macau is an independent part of China since 1997,  with almost the same government system as for Hong Kong. Macau is placed at the very southern coastline of China by the  Pearl River Delta and only…

Boracay, among Asia’s most beautiful tropical islands. Boracay island in the Philippines is always among the top tropical destinations in almost every travel list due to it’s pristine white beaches and year-round climate of 25 degrees up. A trip to this beautiful destination, if not…
AdventureDiving vacation