The rose-colored forgotten city of Petra in Jordan

Jordan’s most famous tourist destination is the rocky town of Petra – which you might know from the legendary adventure movie Indiana Jones and The Last Crusade. And it is one of the world’s 7 wonders.

The town was carved out of the slightly pink rocks more than 2000 years ago and is today protected with status as one of the seven new wonders of the world. The trip to the city goes through a two-kilometer long narrow gorge, the Siq. It is like walking through a desert sculpture that constantly changes with changing light and shadows, various impressive rock formations and the beautiful, ever-changing desert. 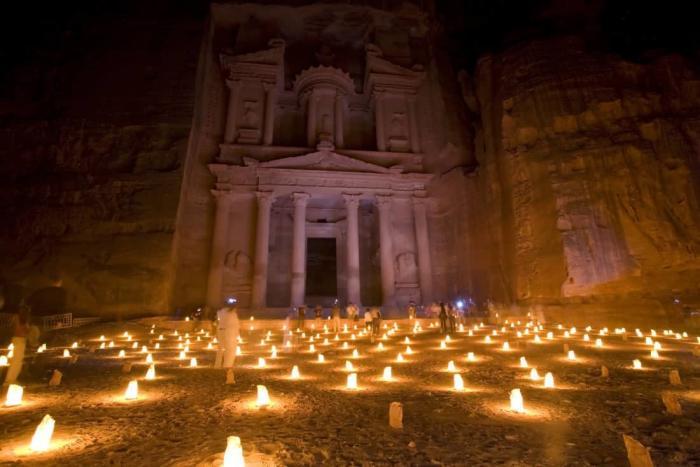 Deep within one of Jordan’s most desolate desert canyons and high mountains lies an ancient forgotten civilization’s headquarters. It’s called Petra. A UNESCO World Heritage Site and as mentioned one of the world’s new seven wonders, Petra for its time is a huge area of tombs, monuments and elaborate religious ornaments cut directly into the red or rather pink sandstone rocks. Petra may be built as far back as 9,000 B.C. and evolved into a thriving capital of the Nabataean kingdom. The Nabataeans were an Arab nomadic tribe who settled in the area of the 6th century before the birth of Christ. This culture, we know so little about, ruled much of today’s third-century Jordan before our era until the first century AD, as so many other cultures had to surrender to the rising power of the Roman Empire. 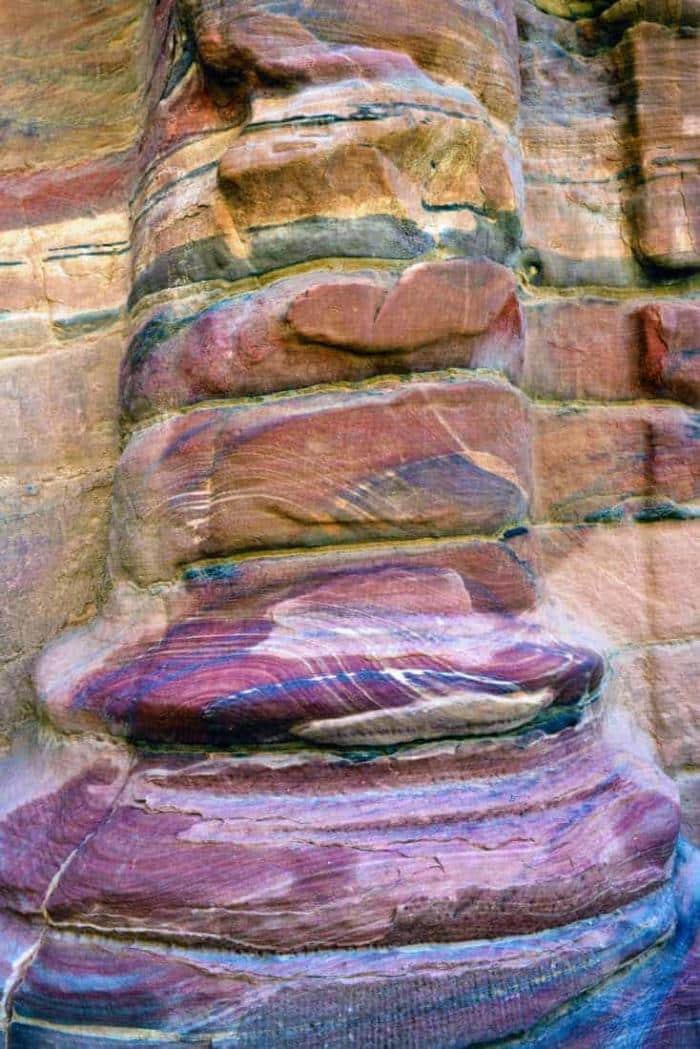 After the Roman conquest of the land and a change of trade routes, the city fell in importance until it was abandoned. Europeans had not seen the rosy-colored walls for centuries, until the beginning of the 19th century, when a traveling European in Bedouin costume and specializing in Arabic culture research, the Swiss Johann Ludwig Burckhardt, walked away from a dried up riverbed, a so-called wadi, to a huge pink rock wall, walked around it and, on the other hand, revealed itself what is today called the treasure chamber or in Arabic Al Khazneh. There were no treasures to find, but Petra also served as a burial chamber, and the beginning of the full mapping and understanding of what is today one of the world’s 7 wonders was underway.

It is one of the sights and experiences you have to treat yourself – once in a lifetime.

Amazing places to see around the world

Travel to Sri Lanka, the overlooked South East Asia Travel to Sri Lanka is a good travel tip, one you may never have considered. We would also like to tell you why. Sri Lanka joins an exclusive circle of countries in Asia that are more or less undiscovered and...
Bali Adventure Travel

Menjangan Island -  Island of the barking deer and National Park Yes welcome to Menjangan by West Bali, you have to drive a few hours to North Bali and then take a small boat to the approx. 3800 ha. Island, but if you want to see pristine beauty or...
Vietnam Adventure Travel

The Dark Cave in Vietnam, an irresistible challenge Unsure of what we actually said yes in Vietnam, we are joining a couple of Israelis we met over breakfast, off to The Dark Cave. We have rented a moped and drive through the national park towards the cave, which is...
Train Rides Adventure Travel

Vacations by train from New Zealand to Norway

Vacations by train from New Zealand to Norway. Vacations by train are the opposite of traveling by plane, which might be convenient but there’s nothing more charming than a long train journey through beautiful landscapes. Train rides allow you to embrace the beauty of slow travel and they are...
Laos Adventure Travel