A family vacation in Orlando, Florida

Traveltalk friends from Europe kindly sent us this:
“Orlando was the vacation choice. We are a mother of 45, also a father of 45, son of 16 and daughter of 13. Our vacation started in Chicago with a visit to my sister and her husband. Chicago has been reviewed here on traveltalk.dk after our trip there, so I just want to point out,  that Chicago is definitely worth a visit.”

The flight to Chicago with Swiss Air

Our trip to Chicago went via Zurich with Swiss Air. There was a lot to save on the flights via Zurich. However, it is worth noting that the service at Swiss Air is somewhat better, and not least, the food is free during the journey. Which also applies to alcohol.

We only had 45 min to change planes in Zurich and were even a little late. But it went with precision as a movement from the Alpine country. So that was no problem.

From Chicago with high spirits to Orlando, Florida

After a wonderful vacation in Chicago, the trip with domestic flights from Chicago went to Orlando *. We used the US low-cost company Spirit. Worked fine. However, one must be aware that the weight limit on luggage is only 18 kilograms against 23 kilos on the overseas flight, just as they allow only a small carry-on baggage per person. Here you can get a little in trouble if you are not aware.

We chose the last one. A taxi doesn’t cost anything that scares you away. However, we used the app “Lift” throughout our stay. Reminds of what you know from Über. However, there should be slightly better conditions for the employees at Lyft, and there is the opportunity to give the driver tips after the trip. I think it worked perfectly both in Chicago and in Florida. We rarely waited more than a few minutes. The price from the airport to our hotel was $ 13. 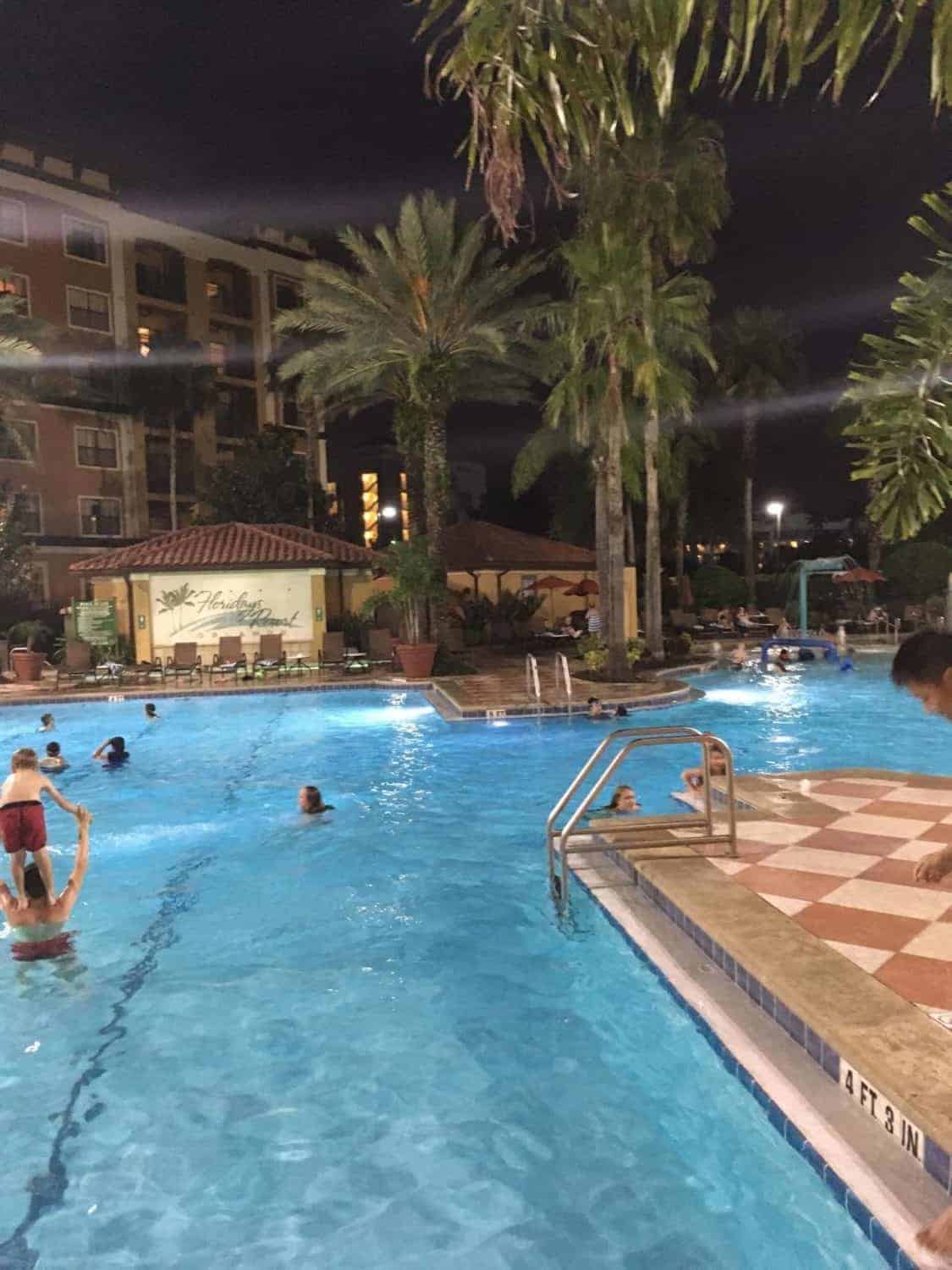 Floridays Resort in Orlando: really nice and so many things to do!

We had booked Floridays resort almost a year in advance via Hotels.com and with 9 nights. Cost just over 150 Euro/day. For that, we got an apartment of over 90 sqm. Two bedrooms, fully equipped kitchen, two bathrooms, one with plain while the master bathroom contained both shower and jacuzzi. In addition, the apartment contained a nice living room and a good little balcony. TV with all channels in both the living room and both bedrooms. It was also important that the whole apartment has air conditioning and which you can turn up and down yourself.

Floridays, on Tripadvisor, is chosen as one of America’s best resorts when it comes to families. Which we understand well. The pool area is large. The center is a large, child-friendly pool where the depth varies slightly. But at no time so deep so that our daughter at 13 could not touch the bottom. In addition, there is an independent children’s pool and a very hot jacuzzi. The hotel offers plenty of sunbeds and at no time did we have trouble getting a room. Towels do not have to think about as they are for free use. Another advantage is that the pool area is open until 23:00, which gives good opportunities to end the evening with a drink at the pool bar while the kids are playing before a new day awaits.

Sightseeing in Orlando from Disneyland to Universal Studios

Orlando is a paradise when it comes to parks. Within a radius of 15 km we had: SeaWorld, Discovery Cove, Aqualand, Disneyland, Universel Studios and many more. Free shuttle buses run from the hotels every day. If you don’t want to use them either out or home, take a Lyft for under $ 10. If you want to see the whole area from the air, there is ample opportunity for doing it by helicopter. There are several providers and several options for different trips. We chose a short trip. Although the trip was not long, it was an experience. The $ 30 per adult was well spent, I think. 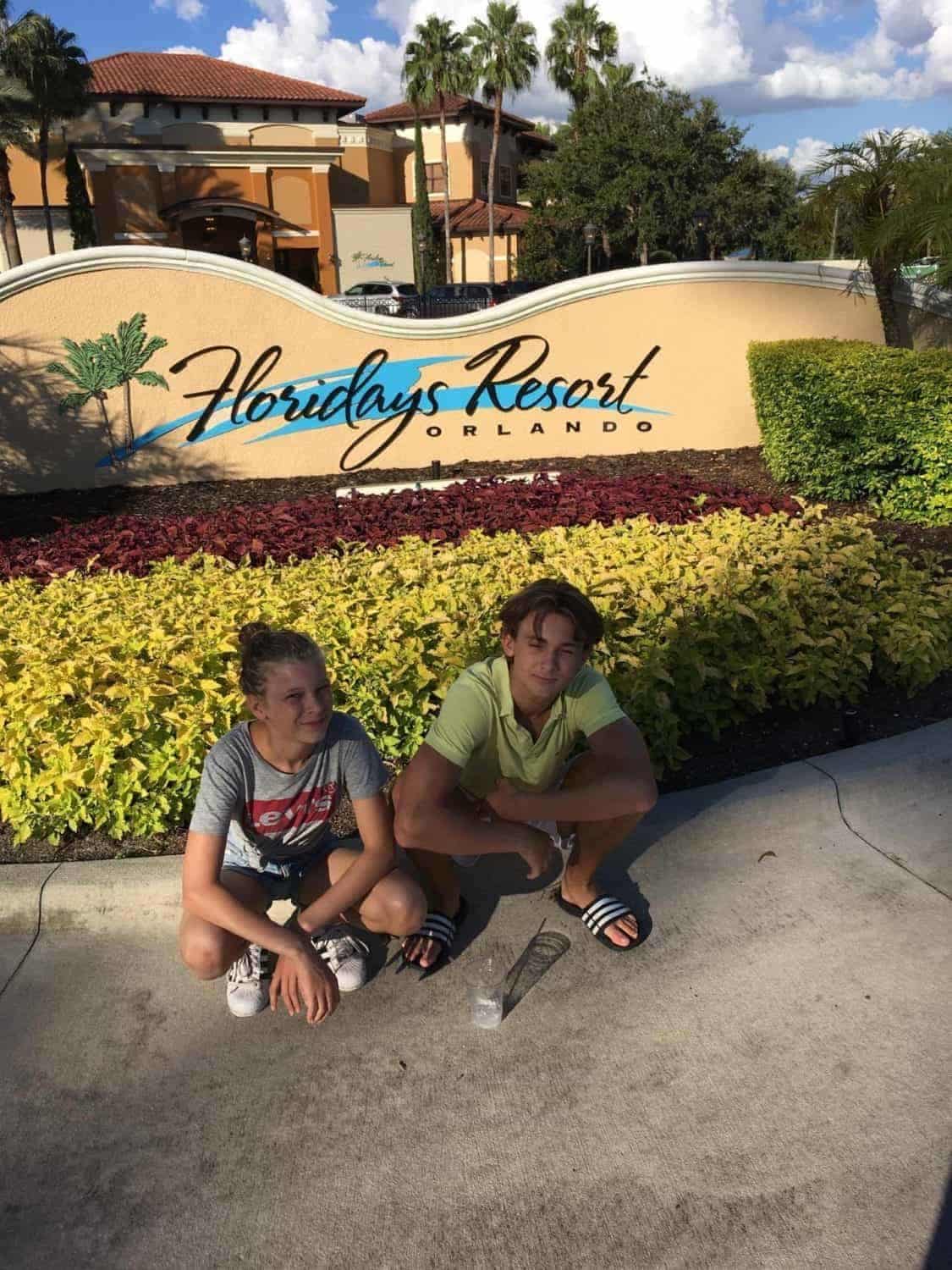 The area around the parks is not the most exciting of places; But if you want to shop a little, there is a large Premium Outlet in the immediate vicinity. Here is also a very well-equipped supermarket, which means that you can easily go about it, as if you were living at home. We even made breakfast and lunch every day, but went out and had dinner in the evening. 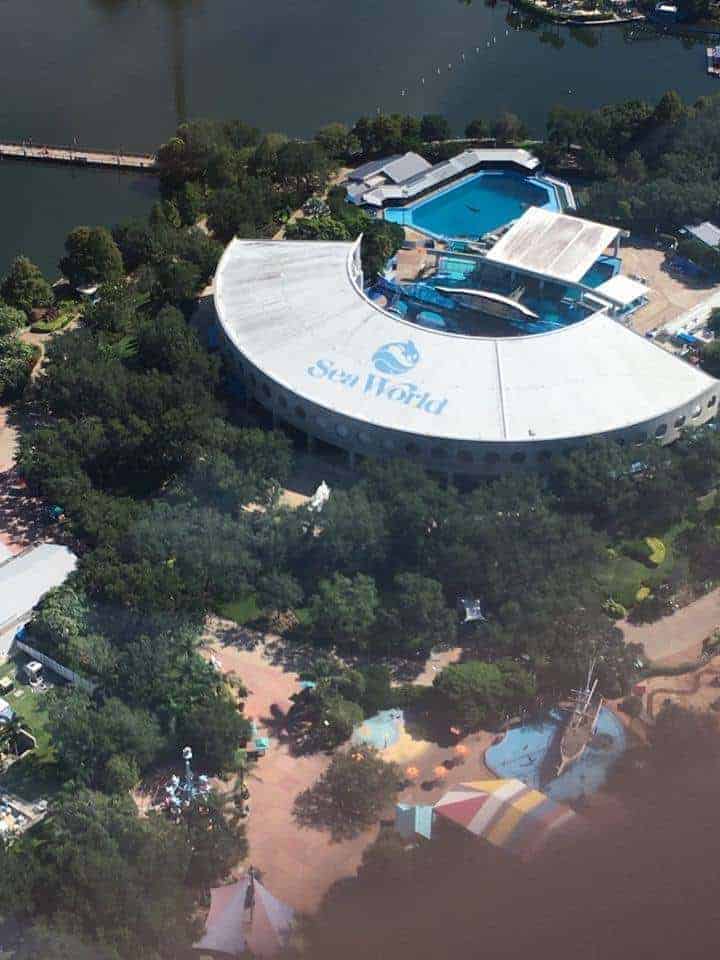 Fast food or Outback with steaks and ribs?

Most restaurants are strategically placed around a supermarket or Outlet. There’s something for everyone. Right from Sushi to Subway and McDonalds. We ate at  O. Kenan a few times that serves food from Ecuador. However, our favorite place became Outback, which is a typical American restaurant where you sit in small cozy private stalls. A rich selection of steak, ribs, etc. A good dinner meal with drinks for 2 adults and 2 large children is about $ 100. This also applies if you choose pizza or something completely third.

During our 9 days we visited Discovery Cove, Aquatica and SeaWorld. In addition, the children seem to find that shopping in the Outlet was top notch. Mother and father, on the other hand, think that it was absolutely great to be able to lie on a sun lounger and get some tan. At the same time, it was possible to relieve the bad conscience of very good food by using the very well-equipped fitness room with good air conditioning. Here, there were both treadmills, step machines, free weights, kettlebells and more.

Go to SeaWorld
Go to Aquatica
Go to Discovery Cove

One should be aware that most resorts in the US have something they call a resort fee per. day. In our case, it was $ 15 a day. It’s not a fortune. But it is impractical, as you could just put them on the room rate. So even though everything was booked through Hotels.com, I had to pay $ 9 x $ 15 when I checked out.

Home with Lufthansa with free food and drinks

Our return journey went by plane from Miami with Lufthansa. The drive from Orlando to Miami is approximately 3.5 hours. The drive itself was no problem. However, if you have not rented a car in advance, it costs roughly the same to take a Lyft. We drove ourselves and handing in the car at the airport is painless and simple.

The flight home with Lufthansa is German order at its best. The food is good without being flashy. The service is top notch. Food and drinks are also free here and there is no limit. So after a couple of glasses of wine, and a cognac followed by with a gin and tonic, the father of the family slept a couple of hours.

We recommend the US in general and Orlando to Traveltalk´s readers, to friends and acquaintances. This is the broad consensus for all in the family: children and adults. The Americans are easy to deal with and things really work.

We’ll be back. Both to Chicago, Florida but we also feel like California where San Diego, Las Vegas and the Grand Canyon lure.

Skiing in the US, top picks

Ryder Cup will be held in Wisconsin, USA 2020

Where is Ryder Cup 2020 played? Who are the captains? The Ryder Cup will 2020 be held at Whistling Straits Golf Club in Kohler, Wisconsin, USA. We invite you to come back often here at read more about Ryder Cup and golf places…
City ​​BreaksUSA

Why San Diego is an obvious  vacation alternative to San Francisco and LA San Diego is up against major competitors in California when it comes to being a sought after travel destination. California is the most populous state in the United States…
BahamasCruises

Jump on a cruise holiday, from Florida to the Bahamas

Cruise to the Bahamas from Florida. (Two girls from Denmark studying in Florida needed a few days break)We studied in Florida and had a week off before returning to Denmark. My girlfriend and I needed a vacation badly and wanted something different….
HotelsAdventure

Sleep in a barn: Drop the traditional hotel?

Sleeping in a barn, alternatives to the traditional hotel stay. The relatively new hot hotel trend in the United States says: Back to nature and sleep in a barn. Take in the rustic and primitive (to a point) architecture, be one with…
AdventureUSA

15  places to visit on your vacation in the United States 15 top places to visit in the US? The country of all possibilities, the USA is one of the most challenging, when it comes to choosing where to spend your holiday…
City ​​BreaksUSA

Seattle, the locomotive of the West Seattle has much to offer including an awesome selection of restaurants (need we say fish and seafood, in general, is superb) and cafés. See what the New York Times experienced in only 3 days visit. I first…
City ​​BreaksUSA

Where to stay in New York

Hotels in New York, be inspired: Affordable hotels to luxury hotels New York is one of the richest and most fashionable cities in the world. New York is famous for the New York Stock Exchange, the Statue of Liberty, nanotechnology and chip…
Food and WineUSA