Polynesia is an enormous archipelago that consists of more than 1,000 islands in the Central and South Pacific. Geographically, the islands form a triangle with Hawaii, New Zealand and the Easter Islands, located at the point of each triangle. A triangle of three of the world´s most remarkable destinations – has to be well worth the time it takes to get there! Culturally, the islands are linked through their common historic origins, language family and ethnic traits. All the islands were originally populated by fishermen who travelled long distances across the Pacific, usually at night, using the stars as their GPS.

One of the more ”familiar” islands, made famous in countless films, is probably Bora Bora in French Polynesia. Tahiti is the largest island in the French Polynesian group which includes Bora Bora and Moorea. Secluded and lush, these islands truly are an island paradise. If you´re tired of the large, anonymous chain hotels, a Tahitian guesthouse may be just what you´re looking for. These small, family-run pensions, often consisting of no more than 4-5 bungalows on the beach, are a truly authentic way of experiencing local culture. In some, you may even share meals with the family or join them on excursions such as pearl diving, snorkeling or hiking. Like to feed a big, gentle manta ray by hand, or zip line across the forest for a bird´s eye view? You can do that, too. And the Tahitians love their festivals – and there are many, from gospel to guitar, flowers to breadfruit!

Another interesting tradition is the Tahitian tattoo – in fact, the word originated here from the Tahitian “tatau”, a custom which probably originated with the original Maoris. These often extremely intricate symbols had many meanings and often told the story of the wearer´s personal history, events in their lives, acts of bravery, or their particular prowess as a hunter or fisherman. They were considered to be a link between heaven and earth, a gift from God to man. Each line that is drawn on the body connects the maóhi of the past to the Mana of the present and future. Each tattoo had an individual meaning and was also considered a sign of beauty or perhaps marked a rite of passage such as becoming an adult or getting married. They were also a valuable symbol of the wearer´s social status in their territory, tribe, or family.  The tattoo was done using a small, serrated comb made of tortoiseshell, bone, or even mother-or-pearl attached to a wooden handle, pressed and then hammered into the skin, using ink made from charcoal diluted in water. This process was extremely painful and could take days, weeks, or even months to make. It would have been considered unacceptable not to have one. Not least of all because when they passed over into the next life, and were called to appear before their ancestors, it told the story of the wearer´s life. Today, these rich and complex Tahitian tattoos are considered some of the best in the world, and tattoo artists from Tahiti practice their art in major cities around the globe. But wouldn´t it be more fun to get one in the islands? 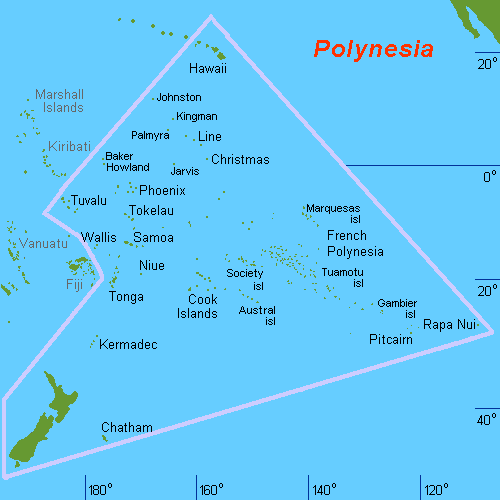 Sometimes you have to go far away to find extreme beauty

You can´t get much further away from Europe than the South Pacific, but it´s worth the trip. As we mentioned, there are around 1,000 islands, so there are plenty to choose from. No one individual has ever visited them all. Below you´ll find a list of the 10 most interesting and accessible islands in this group. 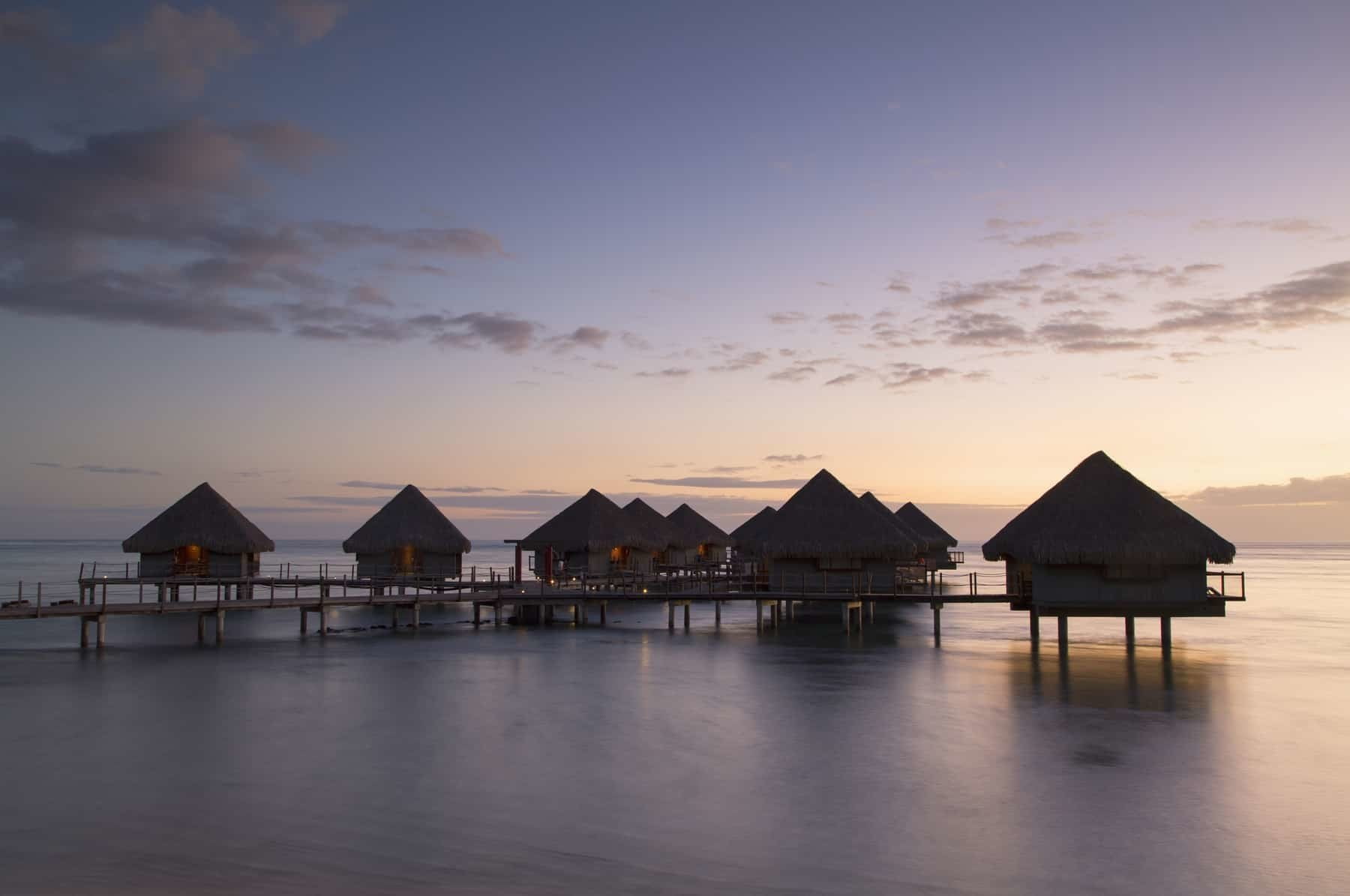 Note that Hawaii is located at the apex of the Polynesian triangle, and culturally and developmentally can be considered a full member of the group. 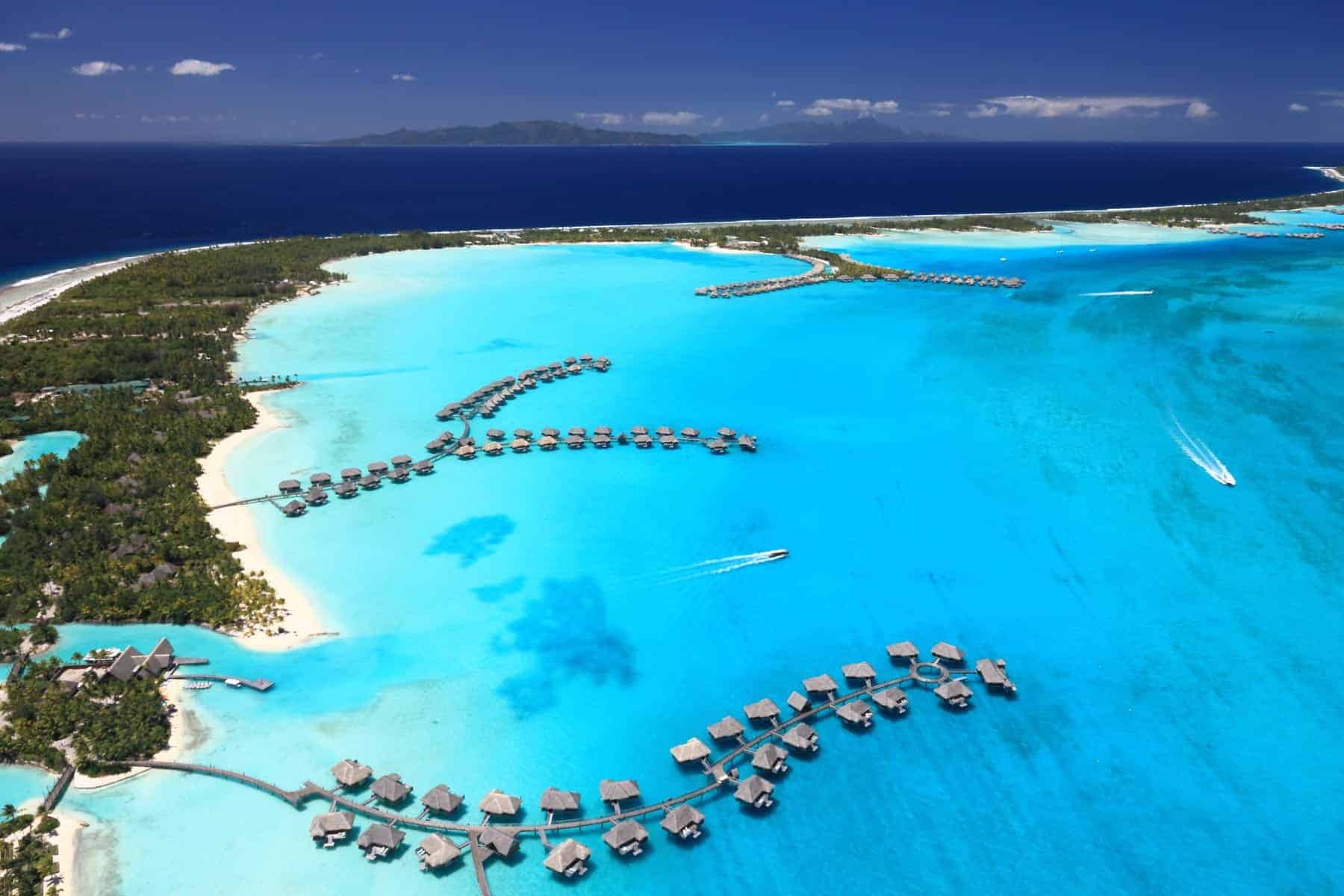 Bora Bora in Polynesia from above

Much more about Polynesia is on the way!

Polynesia is a part of huge  Oceania, read more here.

Book your trip anywhere here on the site.

Bora Bora Bora Bora Island is all about true relaxation. The Polynesian lifestyle guarantees it. The Bora Bora people are never in a hurry, and the island certainly represents this laid back lifestyle. Once described as “a small emerald in a turquoise setting, surrounded by a brilliant pearl necklace”, this almost mythical island in the middle of the Pacific Ocean is undoubtedly one of the most beautiful islands in the world. Many travel magazines and journals have tried to capture the mythical beauty of the island of Bora Bora in a few pages, a few photographs, and yet none of these is…
Oceania Polynesia

Tonga, 169 islands in the Southeast Fijo Pacific Tonga was named “The Friendly Islands” by Captain Cook, is an archipelago of 169 islands in the southeast Fiji Pacific, and generally has limestone and coral or volcanic foundations. With a history that includes settlements dating from 500 BC. C., and the site of the famous Christian-led Funty mutiny of the Bounty in 1789, Tonga was part of a united Polynesian kingdom in 1845, and has been independent since 1970 and is the only monarchy in the Pacific, and has a stable economy based in agriculture and tourism. Tongan culture is typically Polynesian…
Oceania Polynesia

Easter Island Located more than 2,000 miles west of South America, in the middle of the Pacific Ocean, Easter Island (called Easter Island because it was discovered at Easter) is one of the most remote inhabited places on Earth. It marks the southeast corner of the Polynesian triangle, with Hawaii to the north and southwest. The first settlers named the island “Te Pito O Te Henua” ( navel of the world). It was called Easter Island by the European admiral, Roggeveen, who arrived on Easter Sunday in 1722. It’s known locally today as Rapa Nui. The island covers 63 square miles of…
Hawaii Polynesia

Blue Hawaii, blue ocean, blue sky, blue moon Blue Hawaii was the title of the super corny and very romantic movie from 1961. Elvis Presley simply loved Hawaii, just like Barack Obama and many other celebrities did and do. And no wonder! Let´s hop to Hawaii and get a first impression. We are way back in time. Blue Hawaii gave a very romanticized picture of a beautiful and untouched island paradise in an innocent time zone. For many at the time it was the first view of an island in Oceania/Polynesia, which they learned about from Mr. Presley himself. The Hawaii…