Manila, a metropolis with great contrasts

Manila in the Philippines is home to at least 16 million people and is known for its contrasts between rich and poor from luxury hotels and giant malls on a scale we do not know at all, too unbearable poverty. It is the city of contrasts. But also a city with enormous growth potential. Here is being built heavily, which would eventually create the next Singapore – tomorrow. 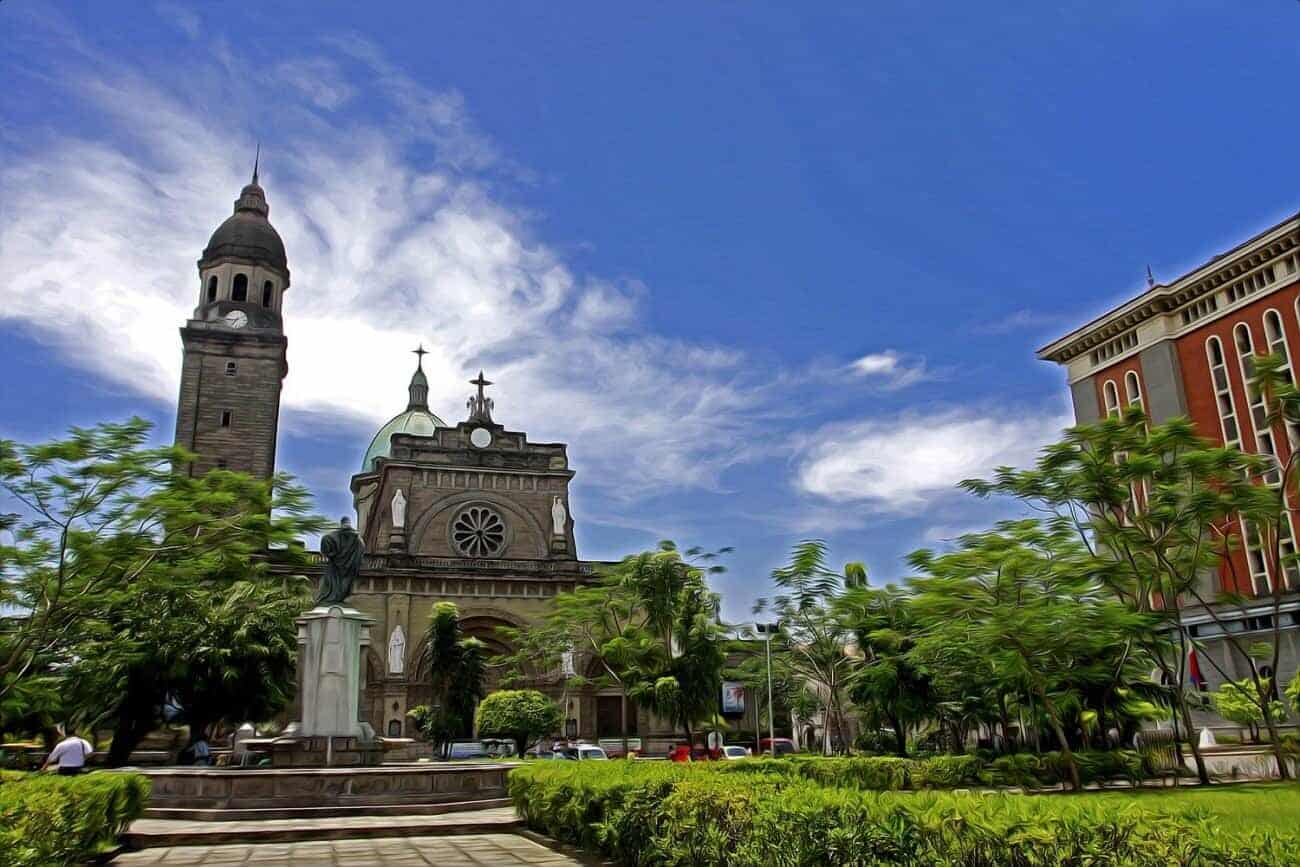 Intramuras in Manila, the Phillippines

Intramuros – important history in the middle of Manila

Intramuros means “within the walls”. It is quite literally meant, as it is the historic and exciting district in the center of Manila surrounded by a defensive wall. Now it is mainly a charming feature of the cityscape. The area’s architecture testifies to this metropolis and the Philippines being a Spanish colony for over 300 years. In the area, you will find Fort Santiago, which has preserved its old dungeons, tunnels, and ammunition compartments. The fort is built by the Spanish colonial lords. It has been an important defense and played a major role in the history of the Philippines. The great national hero of the Philippines, José Rizal, was a prisoner here and executed in 1896. He was the most prominent proponent of reforms during the Spanish colonial era. During World War II, the Japanese captured the fort and used it as a prison.
In the Old Town, you will also find San Agustin Church and Manila Cathedral, which has been rebuilt many times, most recently after World War II. Here you will find beautiful stained glass art. The city has it all from 100 show of years of Spanish influence to a mini USA like skyscraper future. 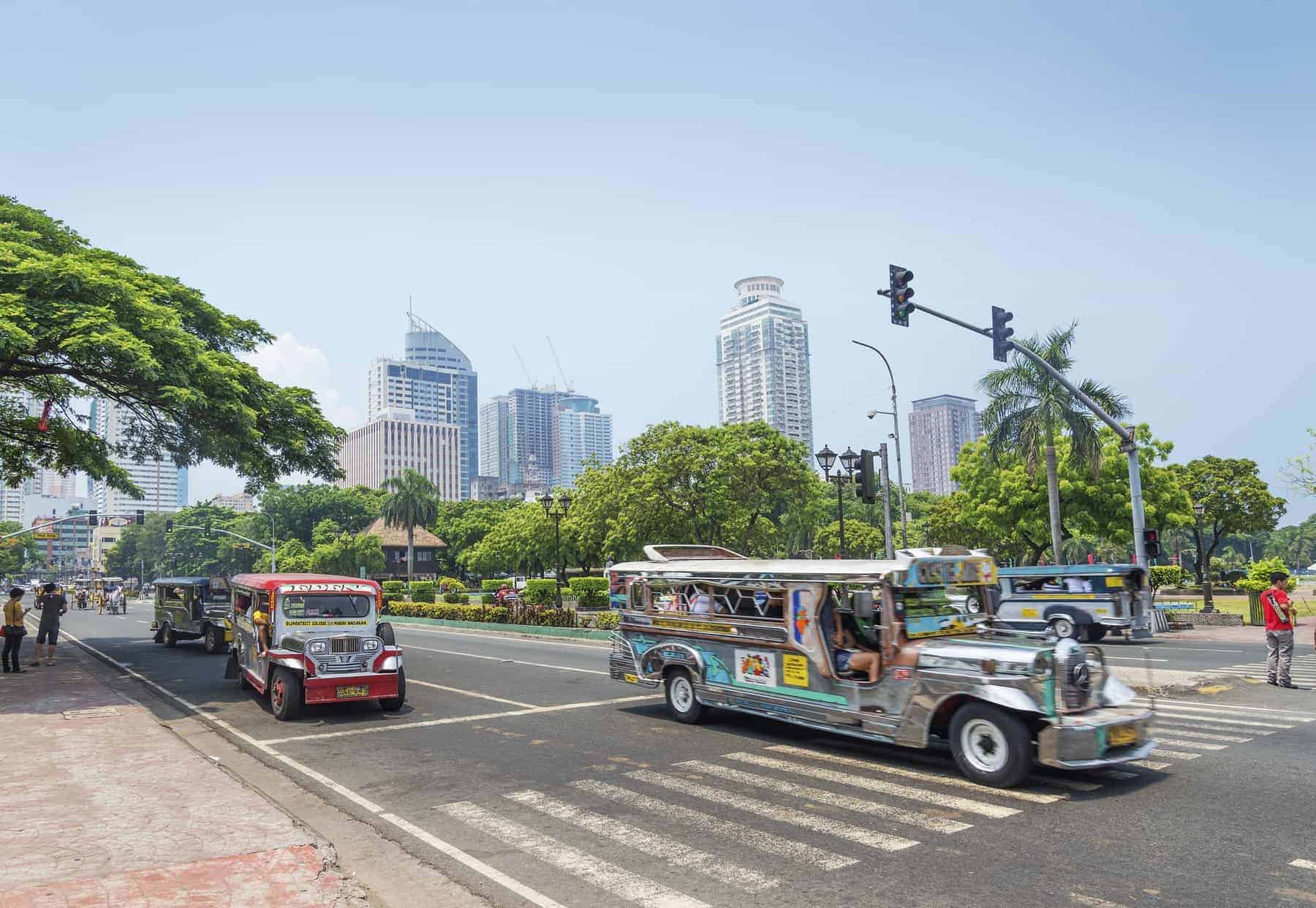 Bonifacio Global City (also known as The Fort or BGC) is a financial and lifestyle district in Taguig, Metro Manila, Philippines. It is located 11 km (6.8 mi) south-east of the center of Manila. The district experienced commercial growth following the sale of military land by the Bases Conversion and Development Authority. The entire district used to be part of the main Philippine Army camp. It is kind of a mini Singapore, without being small at all. It is ambitious, green, safe, and the perfect place to stay in Manila during your vacation.

BGC’s development is steeped in history: Between 1902 and 1946, when the Philippines gained independence, the area was known as Fort William McKinley. It was later renamed Fort Bonifacio, after Andres Bonifacio, a National Hero who came from Taguig. 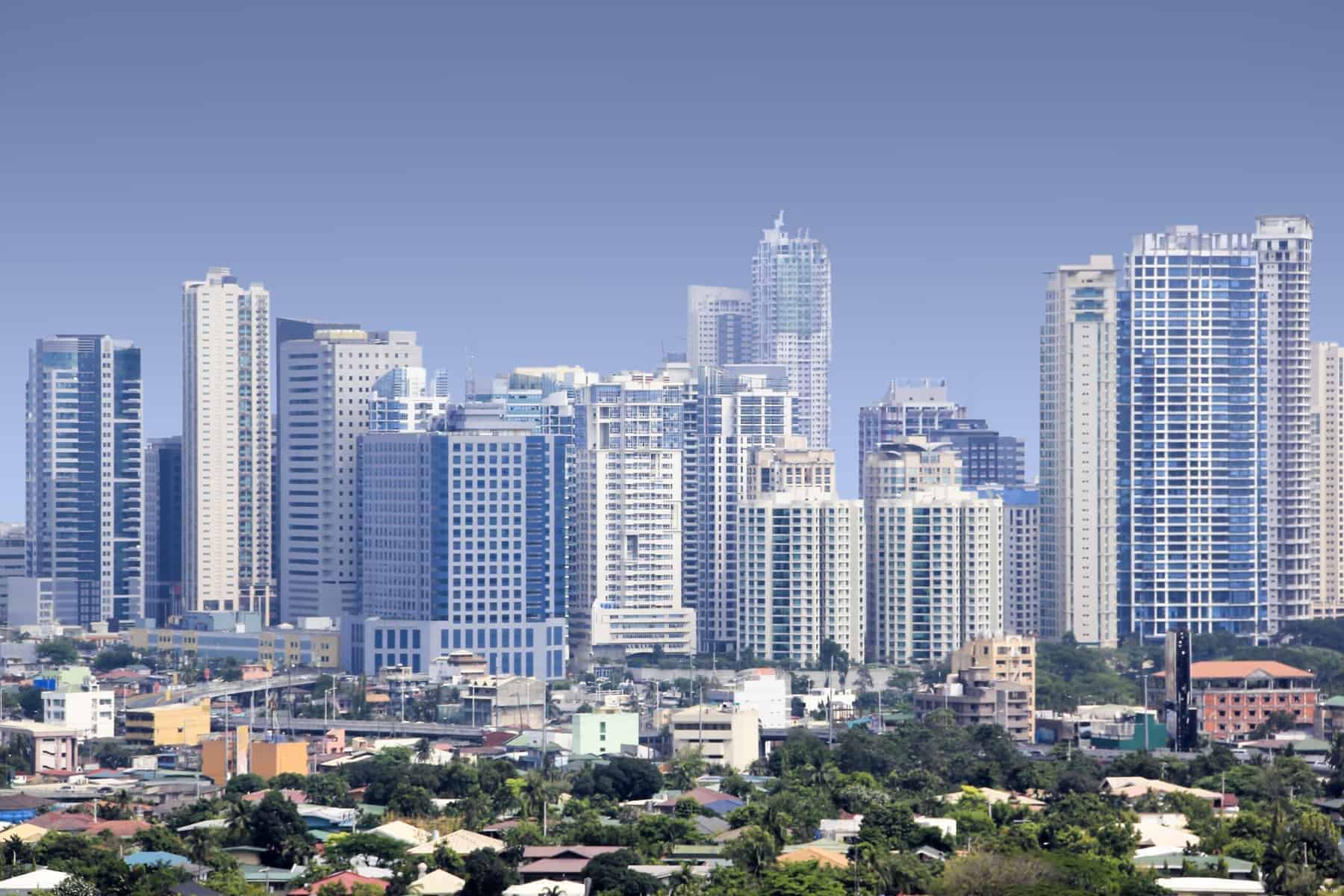 Where to stay in Manila

If you want to stay in great style, we recommend Shangri-La in the Fort.

Metro Manila is a dynamic metropolis making its mark on the modern stage, and Bonifacio Global City (BGC) in Taguig, where Shangri-La at the Fort, Manila is located, is a world-class lifestyle district. 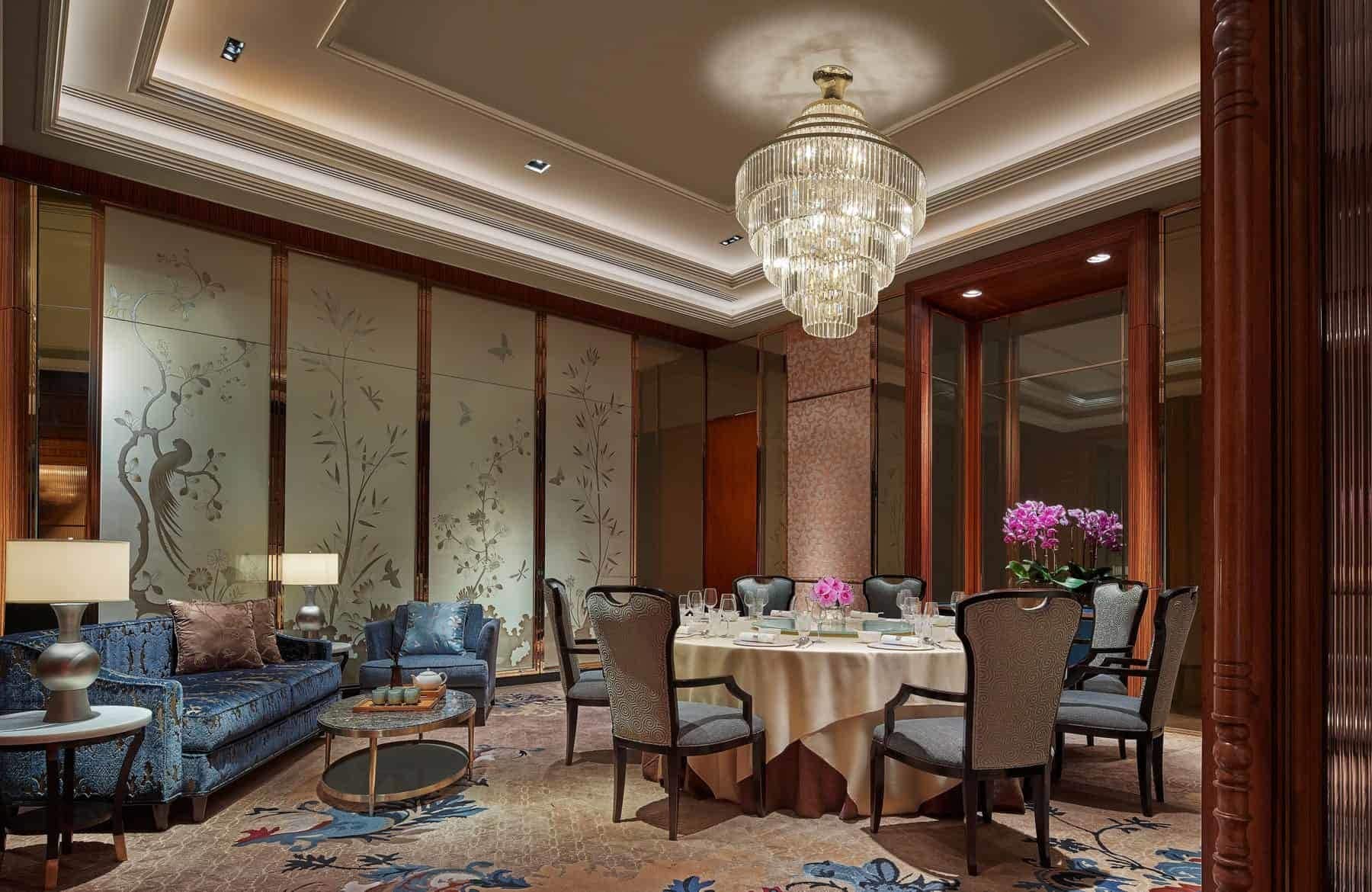 Housed in a commanding mixed-use landmark building, Shangri-La at the Fort is positioned right in the heart of dynamic Metro Manila. The hotel’s 576 contemporary guest rooms and suites exude luxury with a wealth of distinctive design elements featuring local Filipino accents, and sweeping city view to savor day and night.

Explore a variety of innovative cuisines from around the world at Shangri-La at the Fort, Manila, with eclectic dining concepts from classic Cantonese to the vibrant flavors of South America.
Kerry Sports Manila is the hotel’s hub for rewarding recreation with two dedicated floors of fitness facilities. Stay energized shooting hoops on the indoor basketball court, a game of tennis, squash, or take a refreshing dip in the outdoor lap pool. For our younger guests, Adventure Zone is a child-friendly haven of exhilarating fun and games. Explore a wealth of activities for three age levels and children’s party rooms. The hotel weaves a compelling blend of uniquely local experiences and impeccable Shangri-La hospitality.

576 rooms and suites, and 97 serviced residences
9 restaurants and bars

Booking  the Shangri- La in Manila

Palawan Archipelago, Philippines: See & Experience it ALL in 7 Days

Traveltalk intro to the Philippines

Biggest cities in the world 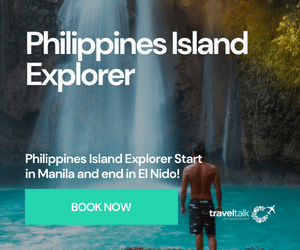 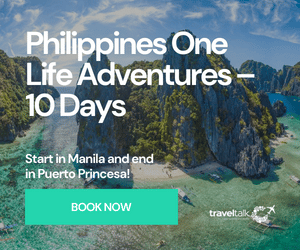 Compelling reasons to go to Brussels in Belgium on vacation Let´s dig right in, we are in Brussels, the unofficial capital of the European Union, where  Savoir Vivre is in sharp contention with Paris. Officially Brussels is the capital of a number of Belgium municipalities, and unofficially more or...
City ​​Breaks Hotels

Fullerton Hotel, top-class hotel in Singapore Located in the imposing Fullerton Building, Fullerton Hotel is an example of neoclassical architecture at its best. The location of the hotel right next to Marina Bay in Singapore couldn't be better. The building itself dates back to 1928 and today it is...
Belgium Food and Wine

What You Must See Visiting Belgium

What You Must See Visiting Belgium Belgium is a great country that sits between France, Germany, Luxembourg and The Netherlands. There are many great opportunities to explore the rich culture of Belgium, no matter what your interests. If you're wondering what you should do while visiting Belgium this article...
City ​​Breaks Hotels worldwide

Hotels in New York, from the Plaza to Boutique style

Hotels in New York, be inspired: Affordable hotels to ultimate luxury hotels New York is one of the richest and most fashionable cities in the world. New York is famous for the New York Stock Exchange, the Statue of Liberty, nanotechnology and chip making, its vineyards, cut diamonds,...
Portugal Food and Wine

Travel to Portugal and the travel tips you need Travel to Portugal the arguably friendliest country in Europe, a sunny place with amazing historic towns and a blinding white sandy yet dramatic rocky coastline, a wine cellar to sample wine from Porto second largest city in...
Travel Food and Wine