Machu Picchu in Peru, a traveler’s adventure like no other

Machu Picchu in Peru, the hidden kingdom of the Inca civilization

The Incas kingdom in Peru and other South American countries were already very well established when the Spaniards announced their arrival in South America in the 16th century. At its peak, there were 15 mills. inhabitants. In other words, the Incas had created a gigantic kingdom, especially with the population of that time, a kingdom stretching from Colombia to the north to northern Argentina and Chile to the south. It was in every way great, but the then brutal Spaniards changed it all. One after the other of the brave Inca worriers fell to the Spanish conquerors, who were far better equipped military, but not Machu Picchu, for it was never found by the Spaniards. Perhaps because of its hard-to-reach location, which the Incas had undoubtedly considered when choosing the place. The city slowly slipped into the darkness of oblivion until an American historian and explorer rediscovered the city in the abandoned ruin in 1911. The city was rediscovered on July 24, 1911, by the American historian of Yale University, Hiram Bingham. He later wrote several books and articles on Machu Picchu. His book The Lost City of Incas became a bestseller. Even more publicity was given to the city, as the National Geographic magazine in 1913 devoted its entire April issue to Machu Picchu.

Map over Machu Picchu
Machu Picchu (Quechua Machu Picchu) is a well-preserved pre-Columbian town, located on a high hill at 2,057 meters above the Urubamba Valley approx. 80 km from Cuzco in southern Peru. It is a UNESCO World, Heritage List.

The retreat of the Inka bosses

It is believed that the city was built from around 1400 by Sapa Inka Pachacuti. SapaInka or also called Qhapaq was the supreme leader and king of the Kingdom of Cuzco and later also of the Inca Empire (Tawantinsuyu). Machu Picchu was inhabited until the Spanish conquest in 1532. Archaeological findings show that it was not an average city but rather a form for retreat for Inca leaders and “nobles”. It is estimated that a maximum of only about 750 people have lived in the city and probably fewer in the rainy season when none of the powerful Incas were visiting. Only 173 skeletons were found, of which 150 were women. What happened to them is shrouded in mystery. Machu Picchu was abandoned by the Incas for unknown reasons and “forgotten”, probably because its function was no longer needed after the Spanish conquest.

Come to Machu Picchu via Cusco

Gateway to Machu Picchu and the only way into the earth is Cusco, former capital of the Inca and one of the oldest cities still in existence since the 15th century in the Western world. The connection with Cuzco consists only of a narrow-gauge railway. The last stop by road from Cuzco is Ollantaytambo, about two and a half hours train ride from Machu Picchu. Ollantaytambo can be reached by car or bus from Cuzco. A popular alternative to trains is walking along Inkastien. Good trip! 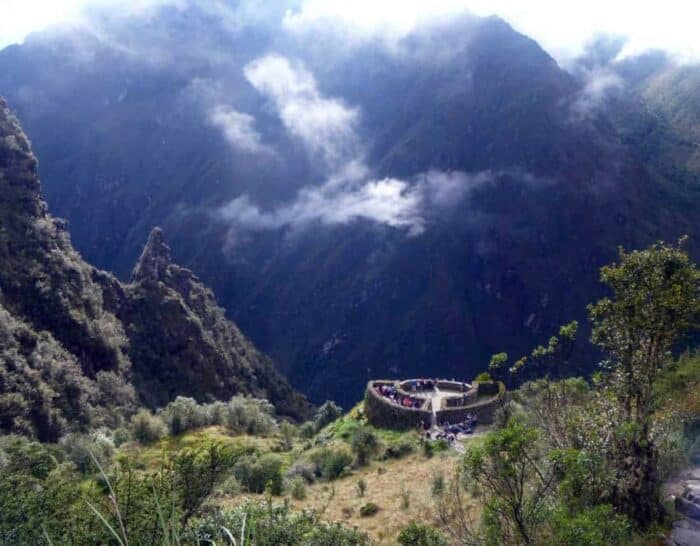 Peru from Lake Titicaca to the Ruins of Ollantaytambo

Wonders of the world

Lombok from volcanoes to deep-sea diving, Bali's neighbor island Lombok is possibly the next Bali, just smaller. See this captivating video of Lombok, Indonesia, a neighboring island to Bali growing in popularity every month. You can jump on a little ferry to travel here and get one more original...
Travel Travel News

Mallorca's largest mountain range is the incredible Serra de Tramuntana Mallorca's mountains are an adventure to visit. And Mallorca is actually a pretty big island, ca. 100 km long and 70 km wide. Located close to Barcelona in the Mediterranean, which can be reached by plane in 45 minutes....
Adventure Travel Romania