Lisbon, the capital of Portugal, in a warm and welcoming Portugal.

Lisbon or Lisboa is the charming capital of Portugal, the European country located on the Iberian Peninsula in the southwest corner of Europe. The west and south of Portugal are set at the corner of the Atlantic Ocean, giving it some of the most dramatic coastlines in Europe. spain is the closest neighbour.

It’s a relatively small town with a lot to see and do, which makes it relatively easy to explore. From the cosmopolitan city of Lisbon to traditional villages, visitors will find a wide range of travel options. If you travel in the summer there are many beaches to enjoy, but the cultural and architectural attractions are a draw for tourists all year round. 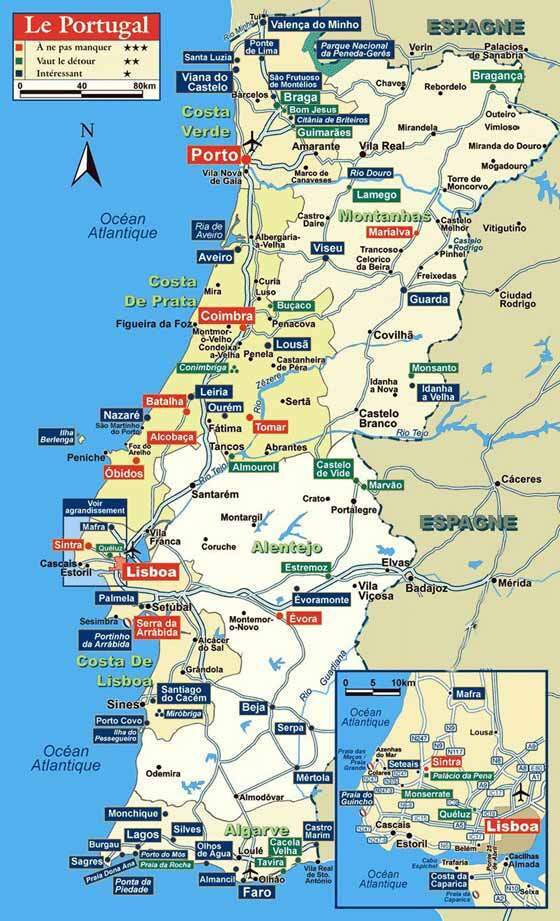 The map of Lisbon and Portugal

The Mediterranean charm of Portugal is more important on the golden beaches of the Algarve; in the desert of the Azores islands; among the vineyards of the Douro valley; and on the cobbled streets of Lisbon and Porto, where the culture of the old world meets cosmopolitan bars and restaurants.

The facts about Lisbon

Lisbon in Portuguese: Lisboa; is the capital and the largest city of Portugal, with an estimated population of 505,526 within its administrative limits in an area of 100.05 km2. Lisbon’s urban area extends beyond the city’s administrative limits with a population of around 2.8 million people, being the 10th-most populous urban area in the European Union. About 3 million people live in the Lisbon metropolitan area, which represents approximately 27% of the country’s population. It is mainland Europe‘s westernmost capital city and the only one along the Atlantic coast. Lisbon lies in the western Iberian Peninsula on the Atlantic Ocean and the River Tagus. The westernmost portions of its metro area, the Portuguese Riviera, form the westernmost point of Continental Europe, culminating at Cabo da Roca.

Praca do Comercio in Lisbon, Portugal

Things to do in Lisbon, Portugal

A highlight of any sightseeing tour in Lisbon, the sixteenth-century Jerónimos monastery is one of Portugal’s great landmarks, an extraordinary monument of immense historical and cultural significance that deserves recognition as a UNESCO World Heritage Site. Near the riverfront in the charming Belém district of Lisbon, the monastery, also known as the convent of the Hieronymites, was commissioned by King Manuel I in 1501. Built to honor the epic journey of Vasco da Gama in 1498 in India, Jerónimos is so much a symbol of the wealth of the Age of Discovery as it is a house of worship (the construction was mainly financed by the spice trade reported by Gama). The main features include the extraordinarily elaborate south portal and the beautiful and serene Manueline cloister. The tomb of Vasco da Gama is located right at the entrance to the church of Santa Maria. 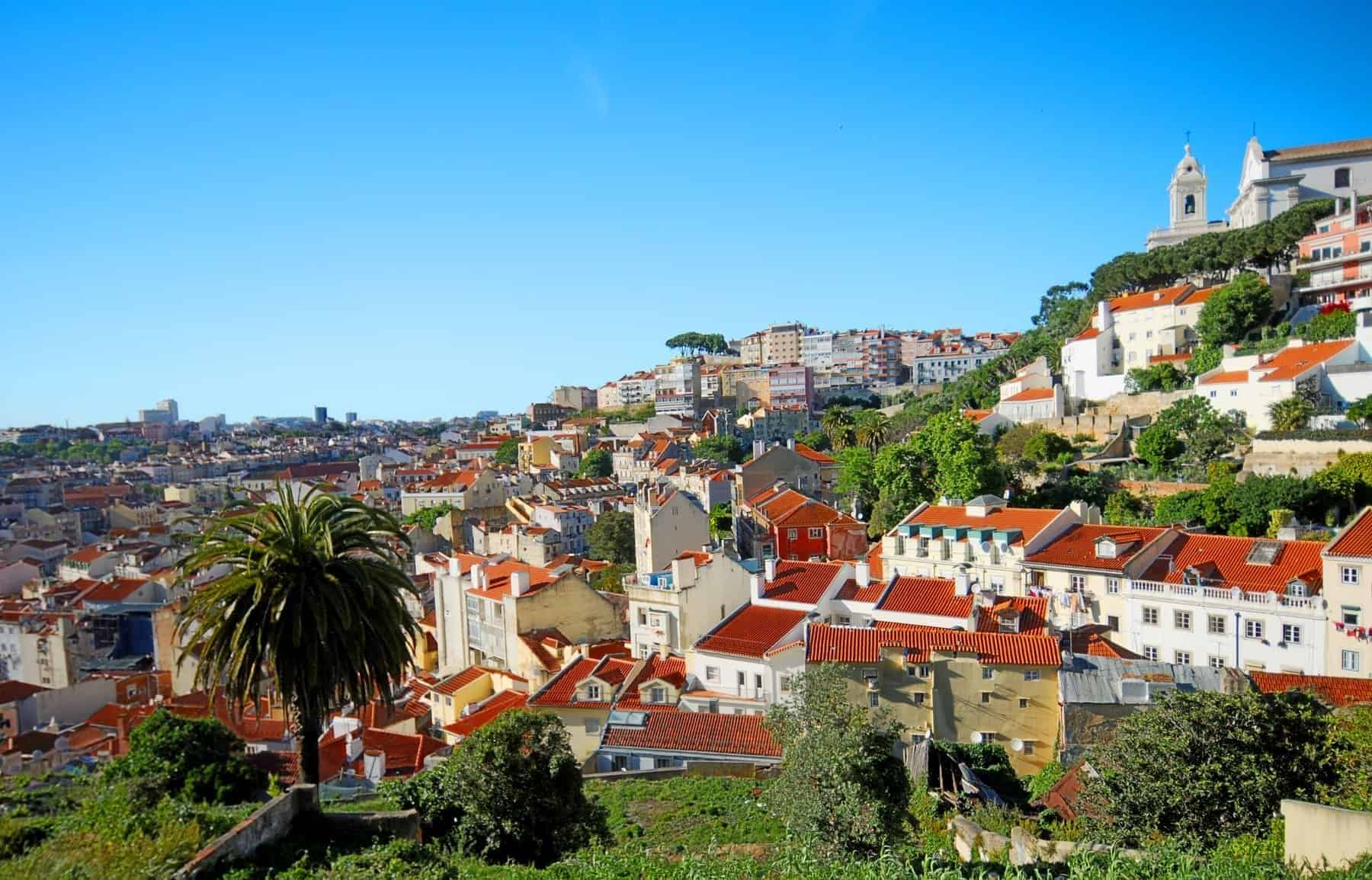 Ask any ceramic enthusiast and they will tell you that Portugal is the place to go for beautiful tiles.

Great National Museum of Cue of Lisbon, which is dedicated to everything that has shot in an oven.

The institution traces the important history of tile manufacturing and its associated technologies from the days when the Moors first brought it to Iberia.

Of course, the best part of all the exhibits is the blue-colored azulejos.

These famous works of art ceramics gave the village its reputation for ceramic craftsmanship.

You will be able to see all types, sizes and designs and learn about the development of the enchanting patterns that adorn their cobalt surfaces.

Every Tuesday and Saturday, from 9 to 18, here you will find hundreds of stalls that literally sell anything.

Lovers of vintage and will not like to look for strange souvenirs, but pay attention to your valuables while you walk … there must be some reason if the name of the place means “market of thieves”! 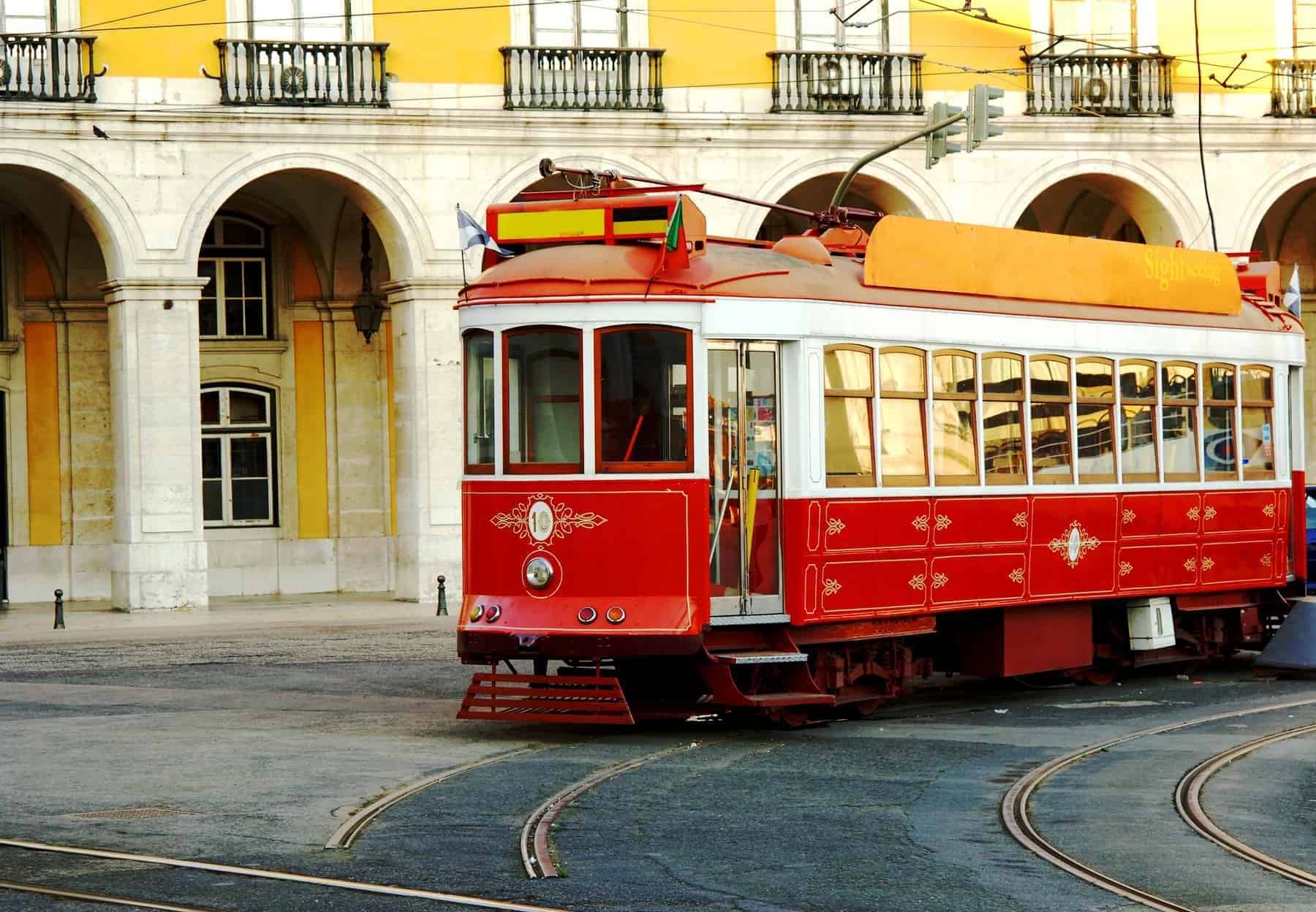 Riding tram 28 from Martim Moniz to Campo Ourique is one of the most fun things to do in Lisbon – it’s also a great way to understand the geography of the city by driving past Lisbon’s main points of interest, and to avoid any uphill walks , that doesn’t hurt!

This is certainly one of the main attractions of the old city of Lisbon and the trams are very crowded at midday and during peak hours when the locals return from work. To avoid the crowd try to go before 11 am, even in early summer.

Romantic cruise on the Tagus river in Portugal

Get a new romantic perspective of Lisbon with a sunset cruise along the Tagus River. Escape from the hustle and bustle of the city and relax on the deck sipping a drink from the on-board bar while a captain tells the places of passage. As the sun sets towards the horizon, admire the silhouettes of monuments such as the Castle of São Jorge, the Basilica de Estrela and the Monument of the Discoveries.

Go underwater in the Lisbon Oceanarium

Located in the blue waters of the Tagus estuary, the huge Lisbon oceanarium stands like a giant aircraft carrier.

Inside, the structure houses countless artifacts related to marine life, which attracts over one million visitors each year.

You can get up close to the colorful pufferfish and watch predatory sharks.

You will see curious moray eels and meet cuddly penguins.

There are also interesting collections of anemones and sea corals, not to mention an artificial boat lagoon on the front where you can rent a pedalo if it’s sunny.

Golf on the Algarve coast in Portugal

Trace the glorious history in the Jerónimos Monastery

Just a glance at the ornate spires and large sculptures of the great monastery of Jerónimos should suffice to deduce the raison d’être of this mass reference point which is located near the banks of the Tagus River.

It was built to celebrate Portugal’s most glorious age, called “The Age of Exploration”. The fusion of architectural projects, known as the Manueline style, stands as a testament to the cultures encountered by the Lisbon explorers, while the money used to build the structure came from Portugal’s international trade in cloves, cumin and exotic spices.

It is also represented on the UNESCO World Heritage Site.

Links to holidays in Portugal

See our info page on Portugal, geography, demographics, year-round temperatures and precipitation. links to other reads on Portugal

Golf courses in Turkey, right next to blue Mediterranean

Golf courses in Turkey offer high-quality golf experiences. Golf courses in Turkey are of very high quality and, almost without exception, they are situated along the Mediterranean coast close to Antalya and Belek. One big advantage they offer is that you can play several different golf courses during your...
Travel Ajman

Meet the Top golf course, Al Zorah, in Ajman, 25 km from Dubai. Golfing in Ajman? Of course. It is a short taxi ride from Dubai airport. In addition to a fantastic 16 km beach with delicious hotels, Ajman also has a couple of lovely golf courses. The most...
Golf Breaks Portugal

Malaysia´s best golf course is top quality and yet affordable. The European Tour was held at Malaysia's best golf course TPC Kuala Lumpur a few years back. However, the club is not new, but the most prestigious golf club in Malaysia and not "out of reach" for green fee...
Germany Golf Breaks

Golf resorts in Germany, one of Europe´s top golf nations