Only 70 km from Luanda in Angola to the south lies the Parque Nacional de Kissama, a game reserve in some of the most beautiful Africa. Kissama is working hard to protect a number of endangered species. The park has been a wild sanctuary since 1938 during the Portuguese rule but was “promoted” to the National Park in 1957. 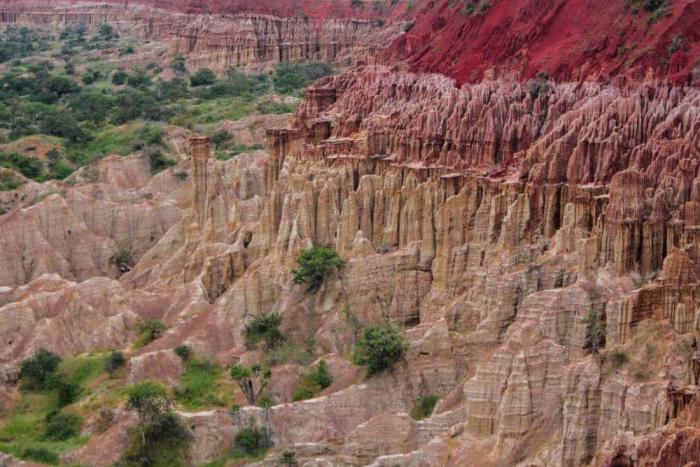 During the many years of civil war in the country, the park was neglected and the snipers shot right and left for many years. Now the population of buffaloes, elephants and sea turtles is stronger than ever. 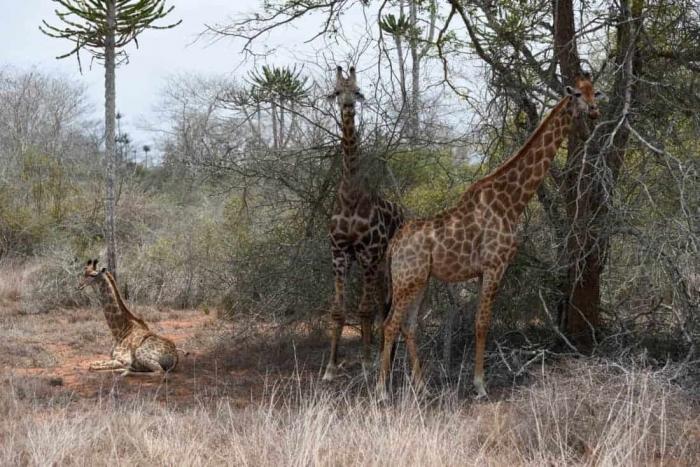 Kissama, National Park. famous for its many wild animals and no shortage of giraffes

How the Kissama National park in Angola was rescued

During ‘Operation Noah’s Ark’ in 1938, a huge area, larger than Rhode Island in the United States, became a hunting reserve in what we today know as Kissama. It happened during Portuguese supremacy. After the appointment as National Park in 1957, you had many good years for the park with a wealth of wild animals and not least elephants. They were killed without exception during the civil war. After the Civil War, which ended in 2001, a group of South Africans and people from Angola and Botswana founded ‘Operation Noah’s Ark’, which involved moving animals from South Africa and Botswana to the National Park. The biggest relocation of wild animals ever and a visionary project in a difficult time! The animals quickly settled in, and today Kissama is one of the biggest and best opportunities to experience Africa’s wild animals in their own habitat It is also relatively comfortable. Hotels and restaurants have been established for the pampered Safari guests. And if you are happy with Africa’s savannahs and for safari in general, then Angola and the Parque Nacional de Kissama are worth a visit. And it’s a better than good story to tell by the fireplace at home.

Africa as a continent is where we all come from as a species, and where we are on our way to visit, as the food writer and globetrotter Anthony Bourdain said so precisely. Our eyes open to the great continent as an economic and political power these years, but also as a fantastic destination from Tunisia in the north to South Africa. 53 countries and 1.2 billion people are waiting.

Why travel to the African continent

Some countries are in deep crisis because of drought, starvation and wars and many others are just calling on one’s inner travel spirit. Come to see original Africa from the Sahara and Bedouins in the north to majestic elephants on the savannah and 1000 of miles of pristine coastline.

African Lions in the Ngorongoro Crater in Tanzania

“I had a farm in Africa,” Isak Dinesen aka Karen Blixen wrote in the famous novel. Maybe it is about time, we all had a farm there or just a taste of a grand continent.

Countries to travel in Africa

Panamericana in Mexico, one of the most iconic car races ever

Panamericana in Mexico with Porsche, Mercedes, Studebakers Panamericana, is it not something about secret bank accounts? No, it's about once the world's most iconic dangerous car race - of course in Mexico. And if you are in Mexico, typically in October, then you have to look along. It's pure...
Fiji Islands Adventure Travel

Taveuni, the hidden paradise island in the Fji Islands

The hidden paradise Taveuni As previously written, there are three main islands on Fiji; Vite Levu, Vanua Levu and Taveuni. Viti Levu is the tourist paradise where you can go island hopping, and Vanua Levu is known for the very charming port of Savu Savu. The last of the...
Uganda Adventure Travel

Beijing, a world metropolis with 3000 years of history. Beijing is the capital. The city is enormous, growing forever, and the number of inhabitants has exceeded 22 million. And Beijing is now one of the biggest cities in the world. With over 22 million inhabitants, the city is surpassed...
Adventure Travel Fiji Islands

Island hopping in Fiji´s incredible archipelago with 1000 Fiji islands to choose from. Mamanucas is on the "must-see" list, now that you've landed and ready for your Fiji vacation. The list is long, but at the top is the classic archipelago, which is a must-do and a truly amazing...
Venezuela Adventure Travel