Istanbul is Turkey’s most populous and largest city, as well as its financial and cultural hub.
The city lies on both sides of the Bosphorus Strait, which cuts the city almost in the middle. Stamboul The Strait, together with the Marmara Sea and the Dardanelles, constitute the water connection between the Mediterranean and the Black Sea. Istanbul holds great cultural treasures and is an exciting city full of experiences and with excellent eateries characterized by the city’s unique central location right between Europe and Asia.

The city was formerly known as Constantinopolis (Greek: Constantine’s city) and before that Byzantium. The Turks took Constantinople in 1453, with the then gigantic Ottoman Empire with Fatih Sultan Mehmet as the Sultan, making it the capital of the Ottoman Empire. The city was called Miklagård by the Swedish Vikings. It was not until 1931 that the city changed its name to Istanbul.

Istanbul is among the biggest cities in Europe

Istanbul’s population is estimated to be 12 to 19 million people, making the city one of the largest in Europe and for that matter in the world.

The oldest part of the city, in Turkish called Stamboul, is located on the European side, and the Anatolian side was first built in the early 1900s. A small alley, the Golden Horn, separates this part of the city from the more modern business and well-being district of Taksim. The majority of the city’s inhabitants (65%, more than eight million) live on the European side, and this is also where the new financial quarters are located in Levant and Maslak.

Things to see in Istanbul

Istanbul, the pillars of the cistern from the year 500.
The Byzantine Cistern and the reverse Medusa head in Constantinople

The Medusa head is located in the famous and largest cistern (water supply) built in the 500’s to ensure Istanbul’s water supply in case of siege. The head is recycled from Roman times and forms the lower part of one of the columns. The unique underground structure is carried by 336 beautifully decorated columns that always stand in water. You can stroll on footbridges and enjoy the impressive view of the many pillars and the embedded light that reflects in the water’s shiny surface.

The building has been damaged several times by earthquakes. The dome collapsed at year  558 by earthquakes and there were minor crashes in 989 and 1346. All interior surfaces are lined with marble alternating with golden mosaics depicting either saint or emerald or wallpaper-like geometric patterns.

Hagia Sophia in Istanbul, a miracle of a church

Hagia Sophia is one of the world’s most famous and impressive buildings with a dramatic history. Today museum and visited by more than 3.5 mill. annual. 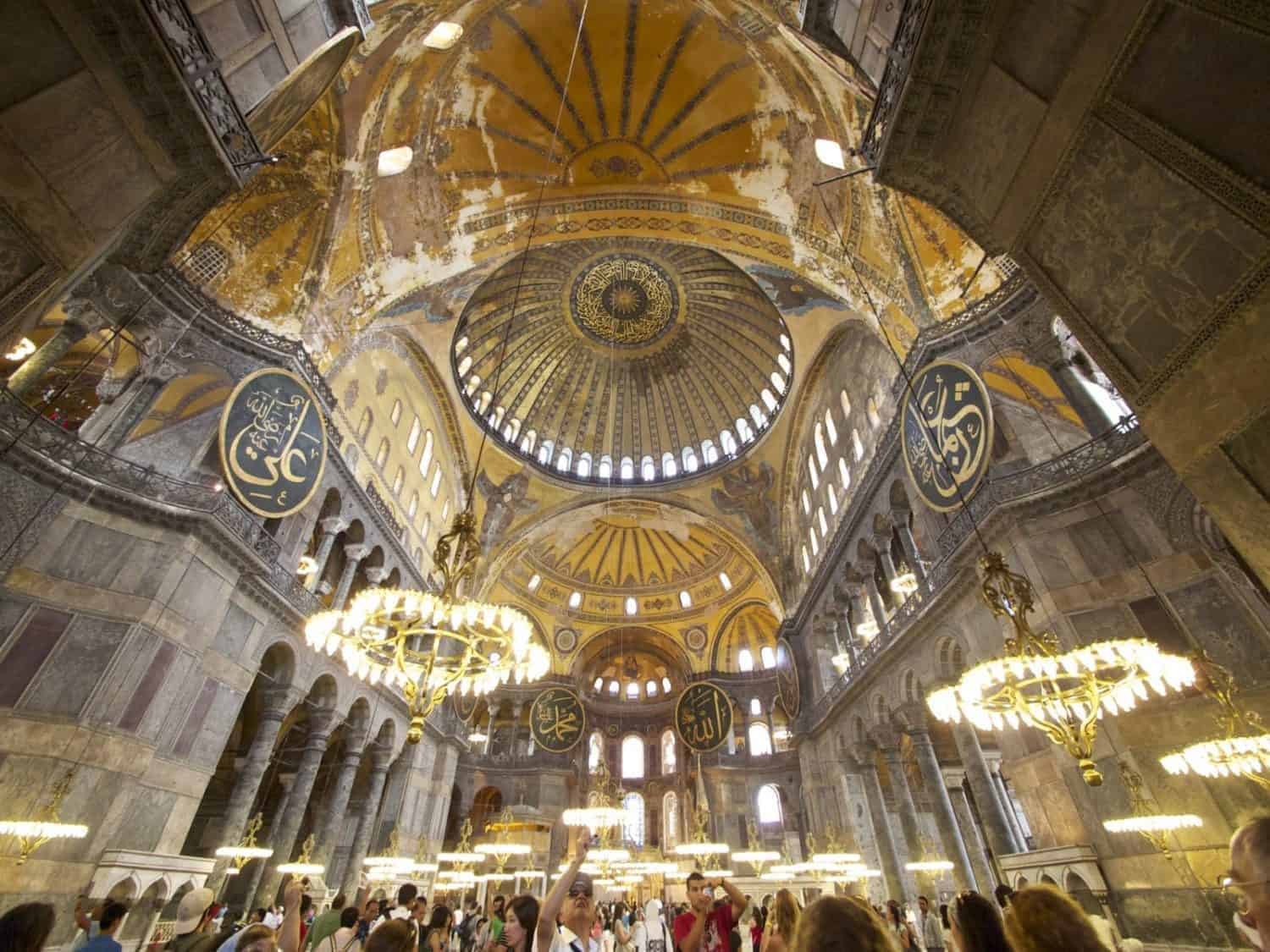 Short flashback:
Hagia Sophia was the main church of the Byzantine Empire and built in the mid-500’s. The church was also home to the ceremonies of the deployment of Byzantine emperors.

Constantinople was the capital of the Latin Empire (1204-1261). The building was during this period a Roman Catholic cathedral. After the Greeks regained the city in 1261, it again became the Orthodox Church.
After the Turks conquest in 1453, the Sultan transformed it into a mosque,

From the mid-1930s, Hagia Sophia has been a museum and an absolute must visit when you are on those edges. 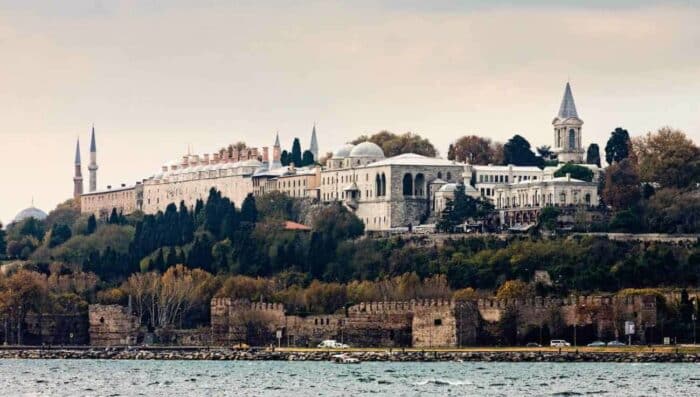 If you only have time to see 1 thing in Istanbul, then it should probably be Topkapi Palace.
In the period 1465-1853, the Topkapi Palace was the official residence of the Ottoman Empire * sultans in the city. The enormous construction of the palace began in 1459. The palace, which is built mainly on one level, housed up to 4,000 people, including the sultan’s harem, in its heyday. In the 18th century, the palace gradually lost its significance as the Sultans moved to new palaces along the Bosphorus Strait. In 1924 it was converted into a museum and today is one of Turkey’s most visited sights.

* The Ottoman Empire was a huge Turkish empire founded by Osman 1st in 1299 and was until November 1, 1922, when the Sultan office was abolished.

Visit Poland, See the new Warszawa, Krakow, and Tatra mountains Visit Poland, cause it is now a vibrant new edition of itself. It has been an exciting travel destination since before the fall of the Iron Curtain. Now it is a country with recent history as a country with...
City ​​Breaks Singapore

Places near London, worth a visit. We all know that London is a fascinating metropolis, the most cosmopolitan city in Europe, but just outside London, a number of amazing travel experiences await your visit. There are numerous activities and attractions nearby - and some of them are less than...
City ​​Breaks Holland

Amsterdam  - in search of the soul of a city Amsterdam is a wonderful city with a greener profile than most cities anywhere, a super bike-friendly infrastructure and an almost addiction to the...
Japan Travel News

Tokyo, the world´s biggest metropolis in fascinating Japan Tokyo is the bustling capital of Japan. Tokyo is a wonderful travel destination with a mix of ultramodern and traditional cultures. Known for its temples, festivals, and its rich cultural heritage, the city has been a favorite place for travelers and...
City ​​Breaks Art and Culture

What to see in the Vatican in Rome. The Vatican is the mini-state in the center of Rome, One of the smallest states in the world in the middle of the capital of another country. It is rather unique. It is full of incredible art, architecture, and history. If...