Hoi An, the only village in the world with hundreds of tailor shops

Mikkel, one of our writers, says: In November 2015 I traveled to Vietnam for two weeks. With a backpack, I traveled through Vietnam on a scooter, by bus and by train. Several cities were visited during the journey, and Hoi An, the tailor’s city, which is on Unesco’s World Heritage list, was one of the experiences that made a very special impression. One more day! This is the slogan of the newly founded Tribee Hostel on Ba Trieu Street in Hoi An, South Vietnam. It is quite apt for both the hostel and the charming town in which it is located. The young hostel with equally young staff is filled with friendly and welcoming rooms, which at all times of the day are ready with inputs for what the day can be used for. 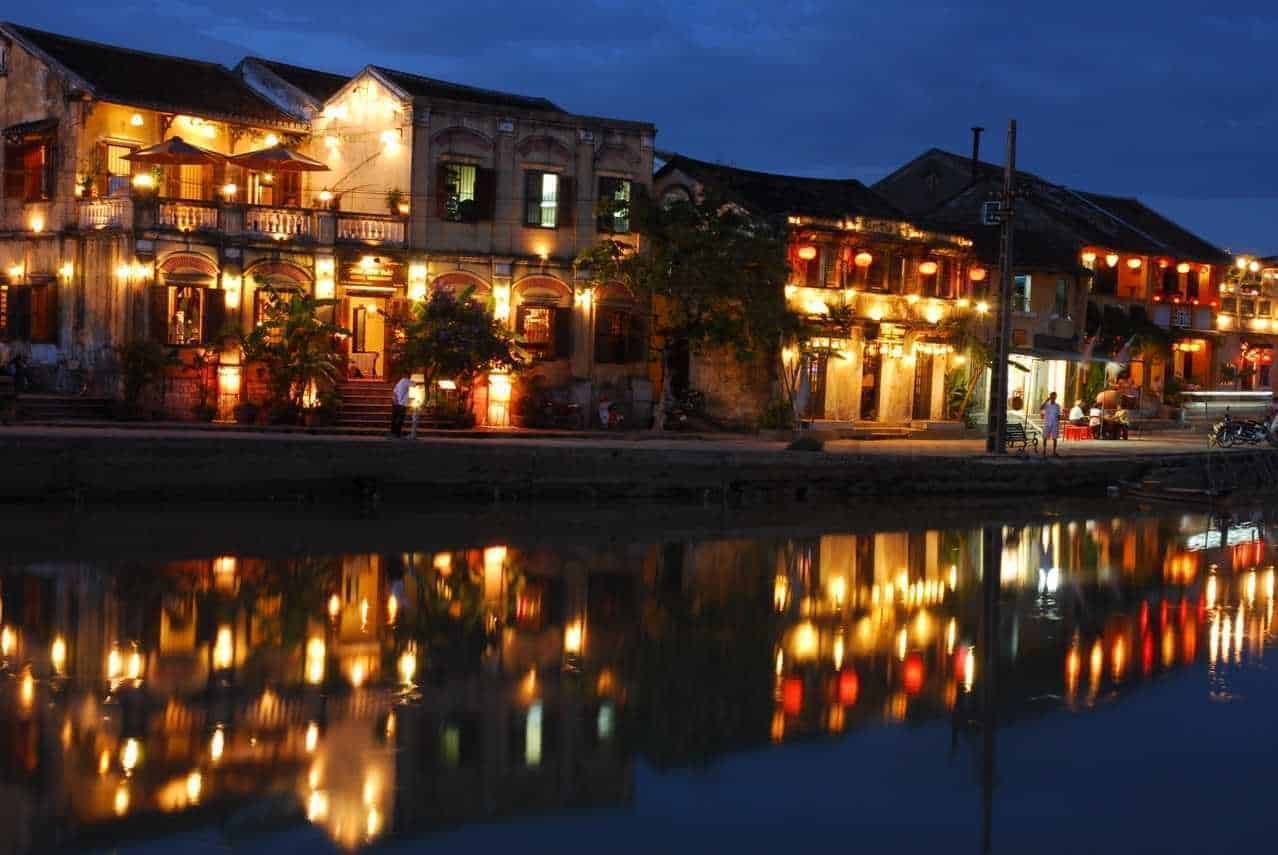 A bike ride to the beach on unbeatable but barely well-maintained bicycles is a popular excursion among travelers arriving at Hoi An. The town and its nearby beach seem like a rather touristy but still authentic and quiet oasis between the major towns along the coast such as Da Nang and Nha Trang. After sea bathing and sunbathing on the beach you can, if tempted, take part in cooking at the small hostel, after which there is common dining with good stories and subsequently often spontaneous music or entertainment. If you move out into the city’s cozy streets, you can quickly go shopping. Hoi An is known worldwide for its tailors and there are also many of them. Hundreds of tailor-made shops adorn the street scene and it is possible to find something for everyone. There is everything from inexpensive trousers to (by Vietnamese standards)  to more expensive shops with high-quality fabrics. For example, visit Kimmy The Tailor on Tran Hung Dao Street – one of the city’s more exclusive tailors. Here you are welcomed by the tanned staff and assisted by choice of textile, color, and style. In addition, fittings are offered where the clothes are tested and adapted. One day can easily be used to play clothes designs and run back and forth for fittings until the new suits are exactly as they should. 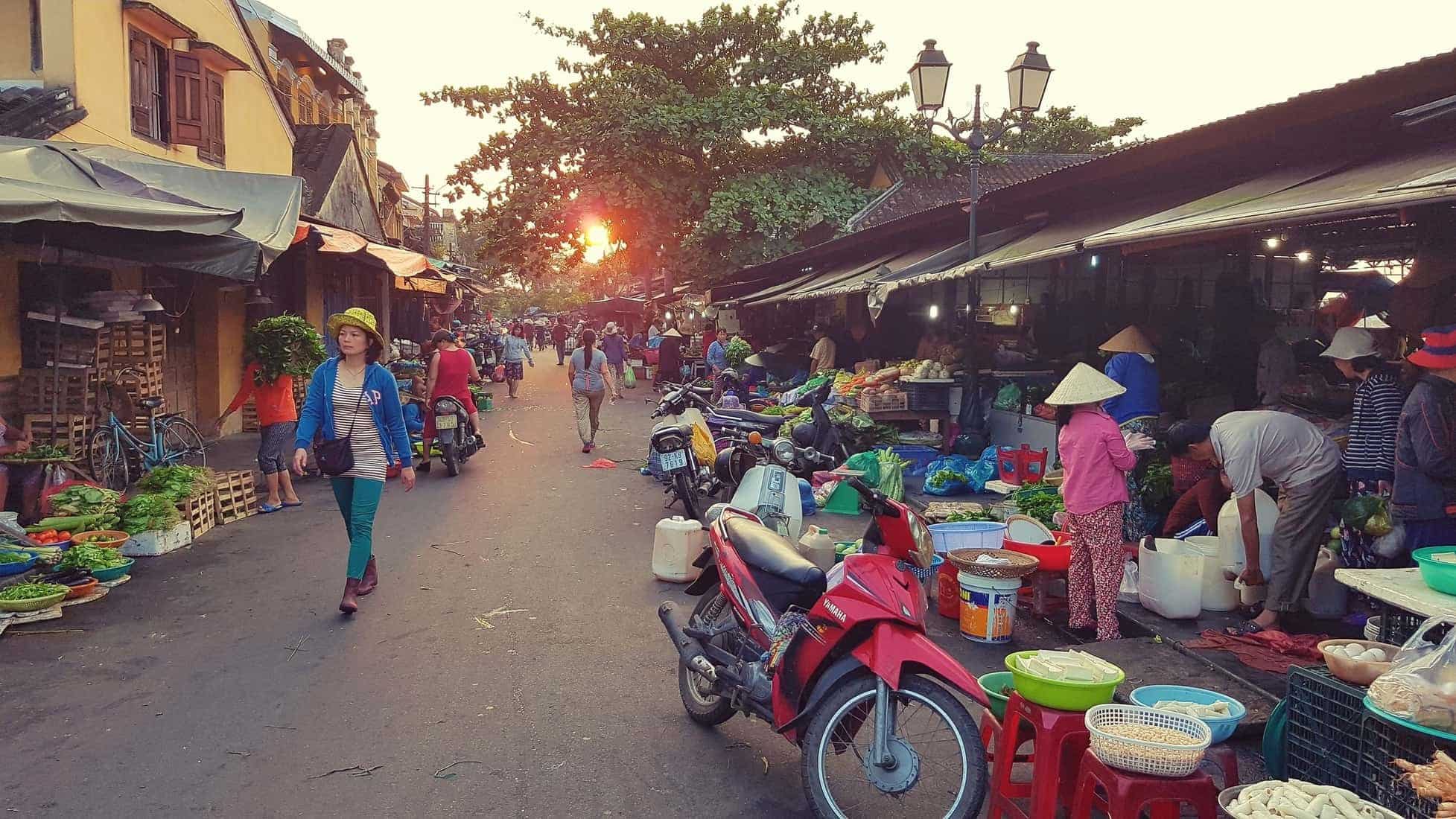 Street market in Hoi An Vietnam with foods in plastic bowls, goods for sale piled high and motorbikes parked outside the stalls each covered by a protective overhead awning (blind).

Hoi An is on the UNESCO World Heritage List

When the clothes purchases have been made you can advantageously spend time visiting the old streets of Hoi An. Set aside an afternoon to cross the small Japanese bridge, and search for the city’s markets. Here is a large selection of both tourist goods and t-shirt, but also local specialties, spices or interior products can be found on the stalls among the merchants’ locals. In addition to markets and stalls, there are plenty of beautiful old buildings to look at during a visit to Hoi An. The old city, which is also a UNESCO World Heritage Site for Vietnam, houses cultural buildings and also has a particularly calm atmosphere due to a ban on cars in certain streets. Hoi An is an indispensable stop on a transit in Vietnam. Having filled the lungs with fresh sea air on the beach, spent cozy evenings in the lantern-lit streets and renewed the wardrobe with tailor-made clothing, you are ready for your onward journey towards the busier Vietnamese cities.

The golden bridge in Vietnam A pair of giant hands lift the "light as clouds Golden Bridge" up in the air above Vietnam’s Trường Sơn Mountains. The amazing structure emerges from the trees of Thien Thai garden in Ba Na Hills. It is like ancient and totally...
Vietnam Adventure Travel

The Dark Cave in Vietnam, an irresistible challenge Unsure of what we actually said yes in Vietnam, we are joining a couple of Israelis we met over breakfast, off to The Dark Cave. We have rented a moped and drive through the national park towards the cave, which is...
Travel Adventure Travel

Top Hotels In Hanoi, Vietnam's Capital Hanoi is the capital city of Vietnam, and it's also the country's busiest commercial center. This bustling metropolis has a long and storied history dating back to its founding in 1010 AD. It's an important cultural hub with a diverse range of activities...
Adventure Travel Vietnam