The main French wine regions can be reached by bike, rollerblades, by car, helicopter. There are no excuses: We want more French wine. Travel on a small intro tour (2 parts in total) to the big French wine regions here. The first part of the trip through French wine is here and includes Bordeaux, Burgundy, and Champagne. But now we have reached the Loire, leaving Burgundy and waving to the super delicious and sometimes hard to pay top grapes of this world.

The Loire, the white wines seduce you

The Loire is mainly a beautiful, lush wine region and the third largest of the French wine regions in France. The sun often shines, but there is also a lot of rain, so much so that not all wine varieties are found here. But they are also generally rather picky, and the Loire still has several different types of wine than any other district in France. The most common grape is the aromatic sweet Muscadet. There is also plenty of Cabernet Franc, Vouvray, Sancerre, Bourgueil, Chinon and Saumur. The keen reader will recognize a number of white grapes that produce endearing quality white wines, which are the Loire’s wine signature. No summer without delectable wine from the Loire. Read more about the Loire here

All about Loire here 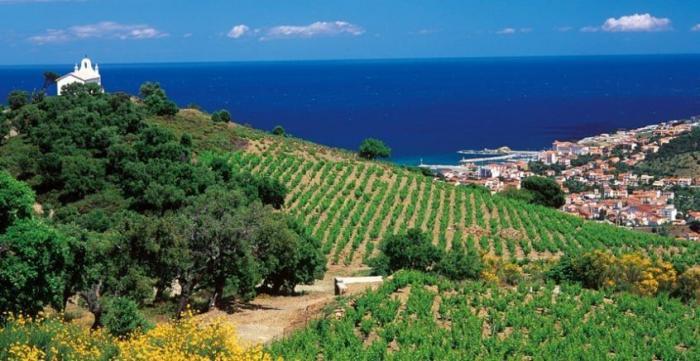 We know this wine district very well from the wine labels, even though it is difficult to name a vineyard from Languedoc for most people? It is that of all French wine regions, which is the most productive wine area. Therefore. More than 40% of all French-produced wine comes from here. And thus indirectly being said that a large part is affordable and must be added absolutely drinkable. Bulk wine has not completely taken over in Languedoc yet as in certain overseas wine areas. And the Languedoc has really good vineyards with their own wine, which is quite another wine. The area is very beautiful, mountainous and with access to the Mediterranean. Located east of Provence.

Get deeper into Languedoc

Alsace is close to the nearest road into France from the North, as Germans, Belgians and Dutch people make use of. It is one of the French wine districts, which is also a treasure trove of the best food culture almost glazed with Michelin stars and wines, which for the whites are of a high class. The somewhat acidic, fresh Alsace wines are perfectly suited to the area’s often German/French fusion by a long history inspired cuisine, where, for example, choucroute (sauerkraut) with sausages and cabbage is a distinct and far more refined dish than it may sound. Many people realize that Alsace white wines and their typically really good Rosé wines also go well with red meat. Up north at Strassbourg, typical very light red wines are produced with a fine stringent soft Pinot Noir character, which also goes through in their Rosé. The 4 grapes that draw the area are Riesling, which is the most complex. The slightly fuller and aromatic Gewürtztraminer, the clean and robust Pinot Gris with a fairly high alcohol percentage and the desert grape Muscat d Alsace, which because of the relatively northern climate does not become quite as sweet as in e.g. the Loire.

No review of French wine districts without a trip to Rhone, which is one of the wine districts that is very well known and loved for a red wine that goes well with duck and goose and a good steak and winter dishes with substance, but there is much more to say and know. It is a beautiful destination with low mountains and the river Rhone and Saone, which winds elegantly and elongated through a beautiful part of France, landscaping it all, rivers, mountains, agriculture and not least wine growing. Here is beautiful, relaxed and not overrun. You are actually welcomed at the vineyards. They serve wine for you, discuss the wine, and you are good friends already on the third glass. There is a dramatic difference between wines produced in the northern part of the elongated wine area, which is the best in general. Here, red wines are produced with the body, fullness, and roundness of the Syrah or Shiraz grape as it is called elsewhere. It is one of the easiest to recognize on its pepper and cinnamon touch.

The until recently completely unknown white grape Viognier produces both one of the most expensive white wines in the Cotes du Rhone and a number of very accessible white wines with a high general level. In the south, it is generally more about bulk and quantity than quality. As a traveler, this only means that the wine in the shade at the cafe on a hot summer day costs a fraction of what it costs in Denmark. The vineyards become more scattered when other crops southward take over. There are blue lavender fields and olives, there are pears and almonds. Here more Grenache is used in the red wines and the Uni grape in the white wines.

Wine and travel go well together. Vineyards are typical beautiful regions and drinking and learning about local wines is quite interesting.

Little India in historic Singapore goes back to 1840 Little India in Singapore is an exciting old town that is now completely revitalized. The district once had an important gallop track, where “better people” often met. Cattle were traded in the middle…
Food and WineTurkey

Turkish Food: Delicious, healthy and extremely tempting Turkish food is arguably among the top 4-5 cuisines in the world joining French, Italian and Chinese on a short list. There are countless Turkish specialties, as well as traditional European everyday dishes. Some of the…
EnglandFood and Wine

British Food, from then to now British food culture? Frankly, years ago, it was not something to brag about seen from overseas. Now British food has reached an impressive level of creativity, local identity, and reinvention of old ways to do things…
Food and WineSingapore

Singapore bars serves more than Gin Slings Singapore bars are the best in the “crazy good bars” category in Southeast Asia right now. We don’t have to invent the category to put them there. The bars in Singapore are so inventive, the…
Costa RicaFood and Wine

What do you eat in Costa Rica? Black beans and rice in a Casado! Costa Rican cuisine is really healthy, delicious and varied. The country is more than dazzling white beaches and deep jungles. It is also a proud culture and food tradition…
FinlandFood and Wine

Napue: A Gin worth a journey to Finland? Is Napue Gin the world’s best gin? Finland is actually really good at anything with distilleries, which leads to tasty alcoholic beverages. Finland is famous for excellent Vodka. But did you know they have…
ChinaFood and Wine

Hotpot robot restaurants in China have arrived to take over. Haidilao, a quality chain of Chinese restaurants, known for fresh ingredients, high quality, and service,  has furnished one of their restaurants in Beijing with an automated cold room with robotic arms and…
Food and WineSpain