Hotpot robot restaurants in China have arrived to take over.

Haidilao, a quality chain of Chinese restaurants, known for fresh ingredients, high quality, and service,  has furnished one of their restaurants in Beijing with an automated cold room with robotic arms and servers. The aim is operating 5000 robot restaurants worldwide. The robots are in town and they are not to be taken lightly.

Automation will help improve kitchen efficiency for menial tasks, is the explanation. Big savings another? 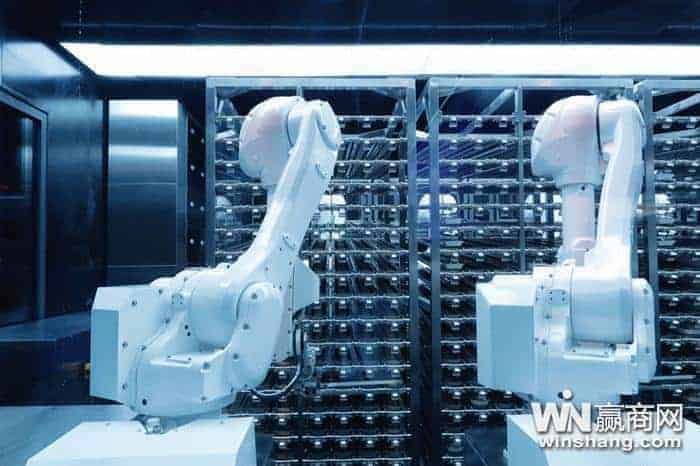 But what is hotpot food?

Hotpot is a Chinese cooking method, prepared with a simmering pot of soup stock at the dining table, containing a variety of East Asian foods and ingredients. While the hot pot is kept simmering, ingredients are placed into the pot and are cooked at the table. Typical hot pot dishes include thinly sliced meat, leafy vegetables, mushrooms, wontons, egg dumplings, tofu, and seafood. The cooked food is typically eaten with a dipping sauce. Bon appetite!

Back to the robots for Haidilao hotpot restaurants

Haidilao has a huge market cap.  as one the largest restaurant chains after a recent IPO in Hong Kong, so it makes good sense to use the newest tech to reduce expenses for salaries for electricity and by using cameras showing the guests, that all is clean and safe. Here is what they do.

The robot kitchen secures a higher level of quality and transparency for the guests: What is in the pot is answered by viewing the screens in the restaurant.

In addition to many locations in China, Haidilao (the name is a lucky Mahjong term)  has restaurants in Hong Kong, Singapore, Taiwan, South Korea, and Japan. The first US outlet opened in California in September 2013 and has spread ever since.

Now waiters are also replaced in a quest to grow to 5.000 restaurants worldwide

It was disclosed in Oct 2018 that in the hotpot restaurants, robots are replacing chefs and waiters now and in the near future on a larger scale. 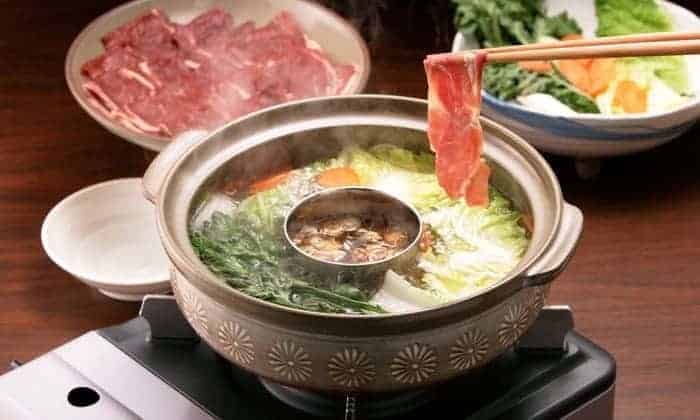 Asia’s biggest listed restaurant chain by market value is partnering with Japan’s Panasonic Corp. to open what the two companies say is the world’s first eatery with a fully automated kitchen Oct. 28 in Beijing. At the new Haidilao restaurant, robots will take orders, prepare and deliver raw meat and fresh vegetables to customers to plop into soups prepared at their tables.

The robot-run kitchen was a project between Haidilao and Japanese electronics giant Panasonic, according to Haidilao. The South China Morning Post, who tasted the new way of cooking, “saw how the soup base, originally packaged separately and mixed in the pot by humans, is now prepared by robots, who can cater to individual tastes and specific requirements with machine-like precision, each and every time. Your favorite soup base recipe and a special combination of spices, various oil and key ingredients are automatically documented and uploaded into the cloud.”

So if you want to be the first mover regarding the robot food scene, Haidilao is the place to go.

More links on traveling in China

Singapore bars serves more than Gin Slings Singapore bars are the best in the “crazy good bars” category in Southeast Asia right now. We don’t have to invent the category to put them there. The bars in Singapore are so inventive, the…
FinlandFood and Wine

Napue: A Gin worth a journey to Finland? Is Napue Gin the world’s best gin? Finland is actually really good at anything with distilleries, which leads to tasty alcoholic beverages. Finland is famous for excellent Vodka. But did you know they have…
Food and WineSingapore

Chicago: In Ferris Bueller’s footsteps We flash back in the movie history to justify, why we bought delicious drinks in Chicago. Certian things in life need a justification. In 1986, the movie Ferris Bueller’s Day Off, the charming and well-liked teenager Ferris Bueller…
AustriaFood and Wine

Wine trips and wine discovery in Moldova A wine trip to Moldova may not be at the top of your list of upcoming holiday plans? But read on, it might be the best wine tour tip of the year. In Europe’s cheapest…
EnglandFood and Wine

British Food, from then to now British food culture? Frankly, years ago, it was not something to brag about seen from overseas. Now British food has reached an impressive level of creativity, local identity, and reinvention of old ways to do things…
Food and WineFrance

What do you eat in Costa Rica? Black beans and rice in a Casado! Costa Rican cuisine is really healthy, delicious and varied. The country is more than dazzling white beaches and deep jungles. It is also a proud culture and food tradition…

Top Bali hotels. Bali is the quintessance of luxury

The Apurva Kempinski Bali is the luxury tropical experience of a lifetime. Bali has a number of luxury hotels driving the more discerning segment of travelers to the island. Perfect nature, like beaches and views, climate and then a very comfortable hotel. What is not…
Europe

Biggest Mountains in Asia. A must-read, if you like heights. If you want to plan a vacation in the mountains and something different this time,  but are unsure of the destination, you should consider traveling to the mountains of Asia. When it comes to tourism,…
Adventure Venezuela