When I landed back home well over a month ago, the first sign that I was home from Fiji was that there were no cheerful guitar players welcoming me to the airport and on the street, I was not greeted by the Fiji “hello” BULA from people all the time. It is no wonder that the contrast was to be felt when I stepped out in minus degrees after well over three years in Fiji. 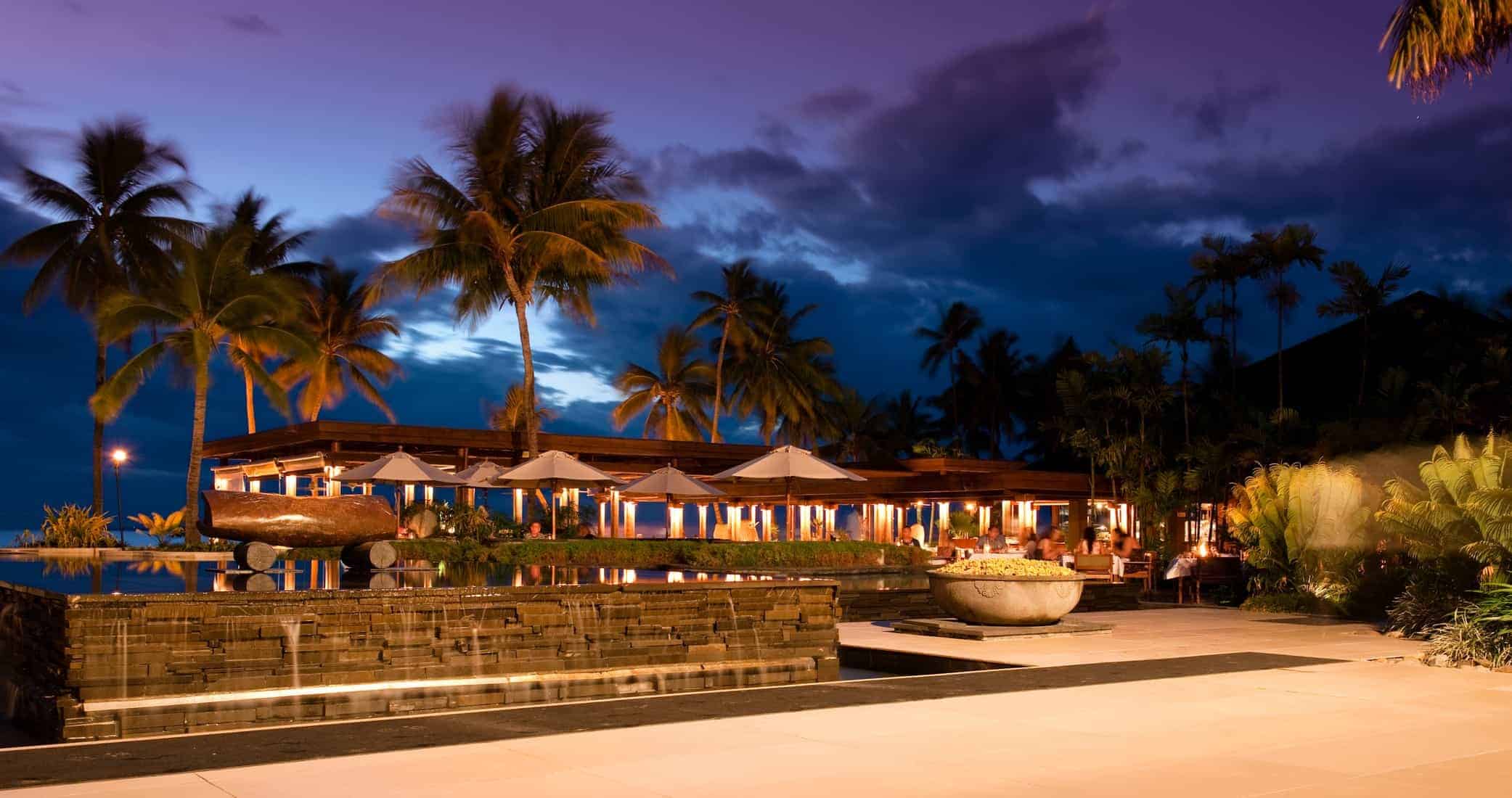 Fiji is my second homeland

Fiji is my second homeland, and I have no word for the hospitality that prevails and which made me instantly fall in love with the country. Fiji consists of plus 300 islands, which are spread far and wide around the three main islands, Viti Levu, Vanua Levu, and Taveuni. Some of the islands are so isolated that only once a month transport comes, and only when the weather permits. Fiji’s recent history is quite interesting, and it testifies to the interference and influence. that the West has had on society.
Fiji is an old English colony, and the story goes that the English could not get the local Fijians to work, so they imported a lot of Indians. That is why today is approx. 50 percent Fijians and 50 percent Indians / Fijians. This is also reflected in society, and Fiji has been through cultural upheavals and is still the case. However, this does not make you feel like a tourist. Fijians love to visit tourists and love to show off their country of pride.

Drink Kava with the chief

When you visit Fiji you can do nothing but shift into a low gear, as an ultimate island atmosphere is served, which means absolutely no stress and you see good mood all around. Personally, I would say that the country has the world’s friendliest population and that I have never experienced anything unpleasant. Most locals live in villages where the village provides basic necessities. So, despite the fact that Fiji is a third world country, one does not experience the same desperation and poverty as in some other third world countries. 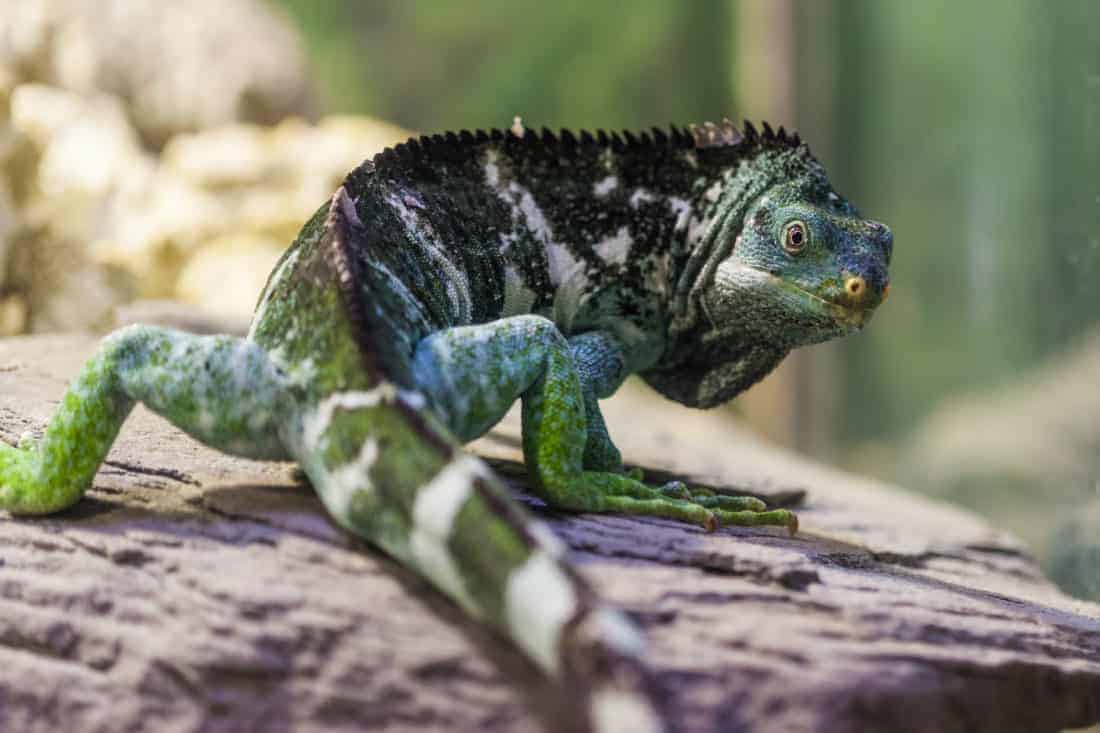 Endangered species, the  Iguana  in Melanesia

Besides beautiful bounty beaches, the country is also known for its local drink Kava. If you are going to visit a village, it is customary to show the chief respect by bringing Kava and participating in the subsequent ceremony. Kava does not taste very good, but it is interesting to try and give a unique insight into the culture. Every one of the more than 300 islands of Fiji has its charm, dialect, and history, yet it is common to all of them that the beaches are chalky white, the water crystal clear blue and the population is the epitome of kindness itself, so do not hesitate to visit this paradise.

Fiji is a country located in Oceania in the South Pacific, about two-thirds of the way from Hawaii to New Zealand. The country consists of 9 larger islands and 300 smaller islands and atolls of volcanic or coral origin. Only the 100 are inhabited. The archipelago is located in Melanesia between Vanuatu in the west and Tonga in the east, about 5 degrees north of the tropic of Capricorn. The country’s largest islands (predominantly of volcanic origin) are Viti Levu (where the capital is located) and Vanua Levu. The landscape is generally mountainous. The climate is tropical rainy, albeit moderated by the ocean’s influence and the fertile soil in the lowlands enables the cultivation of sugar cane and copra.

Taveuni, the hidden paradise island in the Fji Islands

Cuba, warm hearts and cool drinks Cuba is a country that is rich in cultural history and political volatility, Cuba has a unique atmosphere that far exceeds the stereotype of the Caribbean destination of sun, sea, and sand. If you are looking…
AdventureEl Salvador

El Salvador – untouched nature, but a few safety issues to keep in mind

El Salvador is waiting for you Are you a first mover,  when it comes to adventure travel? El Salvador is Central America’s smallest country, approx. 1/2 of Denmark in size and approx. 6 Mio. inhabitants. Traveling in Central America and in a country with…
AdventureAustria

Zugspitz is about real mountain biking The Zugspitz area is an Austrian paradise for mountain bikers, hikers and mountain climbers. Sometimes it would be better to be a mountain goat, you may think, as you gasp for air in plus 3000 meters,…
AdventurePhilippines

Boracay, among Asia’s most beautiful tropical islands. Boracay island in the Philippines is always among the top tropical destinations in almost every travel list due to it’s pristine white beaches and year-round climate of 25 degrees up. A trip to this beautiful…
AdventureGeorgia

Georgia cave dwellings from the Iron Age. Georgia’s cave towns are rightly famous. There are very few real cave dwellings in this world. One is located in Basilicata in southern Italy and another in northern Sudan in almost desert landscape, but on…
AdventureCruises

The Dark Cave in Vietnam, an irresistible challenge Unsure of what we actually said yes in Vietnam, we are joining a couple of Israelis we met over breakfast, off to The Dark Cave. We have rented a moped and drive through the…