Romania is full of unique travel experiences, and the country´s attractions are not far from each other, so you won´t have to rush. Take your time and enjoy all it has to offer.

Romania has a reputation for being one of Eastern Europe´s most beautiful countries, and there´s no denying that the Danube River in the south and Carpathian Mountains in the north make it an extremely scenic country to travel across by train or car. In just 3 – 4 hours you can travel from the Danube to some of the most beautifully preserved towns from the Middle Ages. In the same amount of time, from the capital of Bucharest you can reach the coastal resorts of the Black Sea with their seaside activities, wellness and thermal baths. You could also manage a visit to the historic centres of Bucovina or Maramures. Or what about a spot of Vampire-hunting in Transylvania? Now that´s something to tell your friends about when you return! 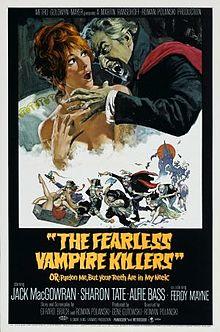 Transylvania is actually in Romania and is probably known best for a whole slew of vampire films such as Polanski’s The Fearless Vampire Killers, or Pardon Me, But Your Teeth Are in My Neck from 1967, perhaps the most iconic one of all, with the largest cult-following – that rare thing, a comic horror film! You wouldn´t exactly be dying to spend a night in a cold, clammy castle having the blood sucked out of you past midnight by Count Dracula after that, would you?
Strangely enough, that´s not what you´re likely to encounter in Transylvania at all! This lovely, gentle landscape nestled in between the Carpathian Mountains in central Romania is full of  beautiful, medieval towns with fortresses and castles, but what really put Transylvania on the map for many were the myths and legends of Count Dracula. When British writer, Bram Stokers, spun his horror story of the thirsty and somewhat different vampire, Transylvania became known throughout the world. So keep an eye out for him, and have a fantastic holiday while you´re looking! The myth certainly hasn´t harmed their tourist industry at least :)

Romania is a sovereign state in Eastern Europe. The country borders on the Black Sea, Bulgaria, the Ukraine, Hungary, Serbia and Moldova. The country covers 238,391 sq. km. and enjoys a temperate, continental climate.

Transylvania and Count Dracula invite you to a rather different castle holiday Just come inside the castle and enjoy your stay! Transylvania is actually located in Romania and Transylvania is mostly known from various vampire films, but it is a real place and rather spectacular. Perhaps Roman Polanski’s The Fearless Vampire Killers, or Pardon Me, But Your Teeth Are in My Neck from 1967 is the most famous and cult-forming vampire of all. Something so relatively rare as a horror comedy. You know: Fear and laugh, but mostly the first. You hardly have any specially developed desire to stay overnight in a…