Macedonia – with that enticing feel of the south

The Republic of Macedonia is located in south-eastern Europe on the Balkan Peninsula. The country borders Greece to the south, Albania to the west, Bulgaria to the east and Kosovo and Serbia to the north. The country was formerly part of Yugoslavia but gained its independence after the 1991 elections.

The country is a member of the UN under the name ” The Former Yugoslav Republic of Macedonia”, as Greece and Macedonia are unable to reach agreement on the exact name of the country due to long-standing, historical disputes between the two countries. An agreement has recently been reached on a new name, “The Republic of North Macedonia”, and will be implemented in 2019. The Macedonian economy is gaining momentum and the country has applied for membership in the EU. 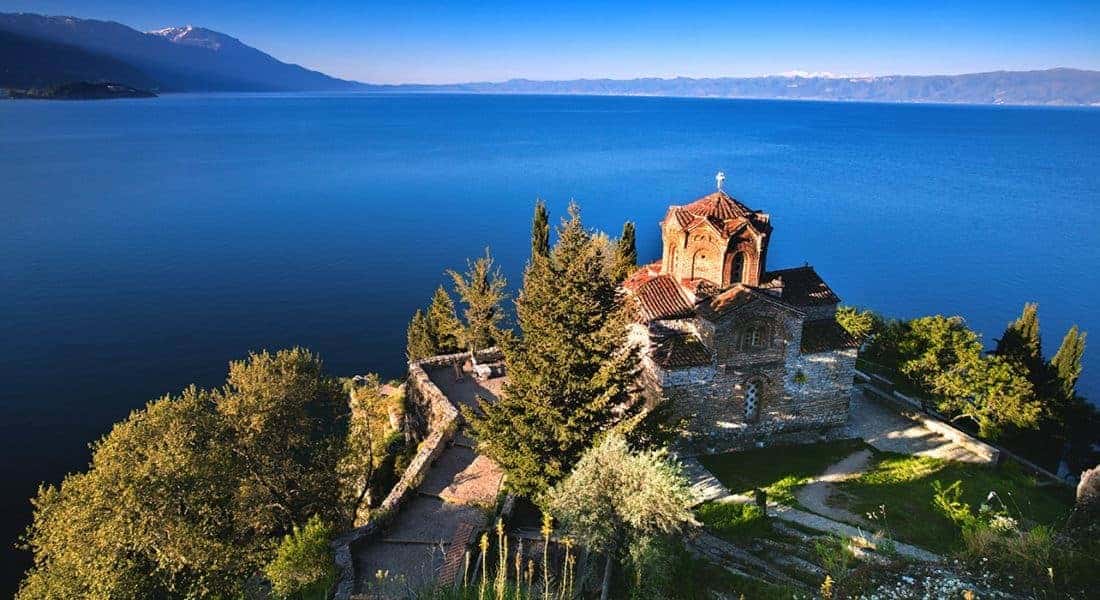 Macedonia is a new destination for many and tourism is steadily increasing in this beautiful country. Although the majority of the almost 1 million visitors that arrived in 2017 came from Turkey and the surrounding countries of Serbia, Bulgaria and Greece, Western Europeans are becoming increasingly curious about this landlocked but beautiful country of mountains, lakes and rivers. It´s rich and turbulent history dates back to before the 6th century, and Persian, Byzantine, and Ottoman influences have all left their mark, so there is certainly no shortage of fascinating archaeological sites and monuments to visit. The country gained importance due to the great trading routes that crisscrossed it north to south from the Danube to the Aegean, and west to east from Istanbul to the Black Sea. Its two large lakes, the Prespa and Ohrid, attract visitors who come to enjoy the therapeutic mineral waters, hot springs and lakeside beaches. Its capital, Skopje, with its 500,000 inhabitants, has many interesting museums and cultural events. Ohrid on Lake Ohrid, now a UNESCO World Heritage site, has many historical monuments such as fortresses, churches, an ancient theatre, monasteries and other places of interest to visit. Along the shores of the lake, there are also a number of charming fishing and mountain villages to explore. Other cities that are well worth a visit are Bitola, 2000-year-old Stip, Kratovo perched at 600m on the rim of the crater of an extinct volcano and Krusero – a winter ski sports destination situated at 1,350 metres above sea level. The highest point is Mt. Korab at an altitude of 2,752 m. For nature-lovers, the country also has 3 National Parks and nature reserves. Mavrovo offers valleys, gorges, waterfalls and caves to explore, while the others are an ornithologist’s dream, and are home to over 120 species of birds.  So if you are looking for a peaceful destination that is still relatively undiscovered with an enticing blend of Balkan and Mediterranean influences, this may be the destination for you.

Travel guide to Japan - The absolute most important places to visit in Japan The travel guide to Japan is very popular. Why?  People are traveling to Japan every year for a number of reasons,  in search of fresh sushi, train rides, fascinating traditions,...
Travel News Maldives