This proud, northern European country with a population of over 80 million and one of the world´s strongest economies in the world has a huge amount to offer the traveler – everything from fascinating cultural experiences and festive traditions to delicious, culinary treats. 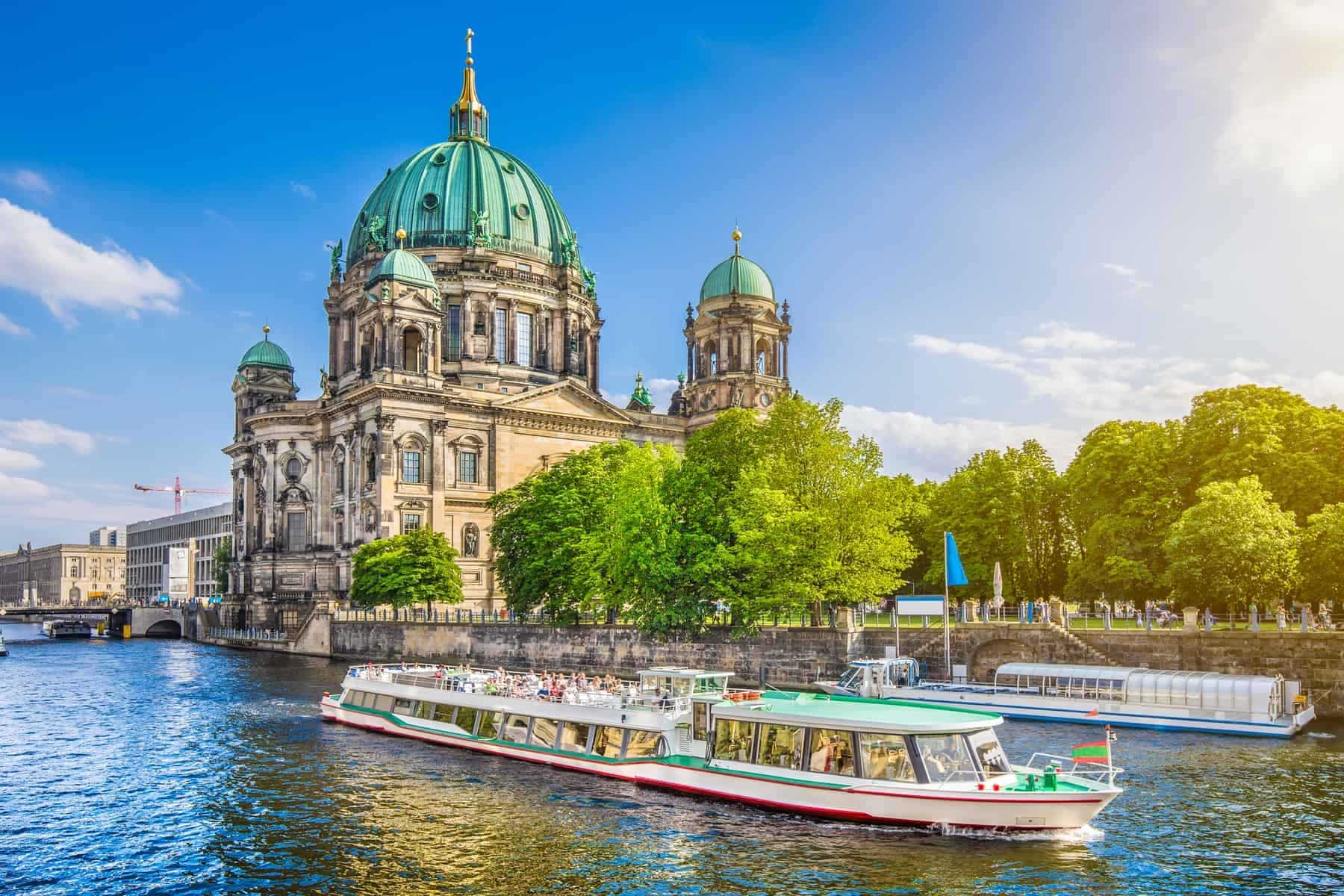 Germany offers a huge variety of destinations, and many of them have earned a well-deserved place on UNESCO´s list of World Heritage Sites. No less than 40 UNESCO World Heritage Sites are sprinkled throughout Germany´s 16 states, including magnificent Cologne Cathedral, Museum Island in Berlin, the country´s capital, and the beautiful natural surroundings and beech forests near Waren (Muritz).

Experience the German”gemytlichheit” (cosiness) in its pubs and restaurants where you´ll find a great atmosphere and hearty local dishes, or why not explore the lively German markets that are held all year round, or join in a harvest celebration, and don´t forget the world-famous German Christmas markets held in almost every major city, and many of the smaller ones, too. Germany is the place for both wine connoisseurs and beer-lovers. It is, after all, the home of the world-famous ”Oktoberfest” in Munich. Don´t miss the renowned Durkheim Wurstmarkt – the world´s largest wine festival – that over half a million visitors flock to annually.

Germany takes pride in its culinary traditions and it´s not hard to find something to please almost any taste. Quell those hunger pangs effectively with a Thüringen Rostbratwurst (frankfurter) made from a 600-year-old recipe, or get up early and sample the seafood wares on offer at the popular Fischmarkt (Fish Market) at the port of Hamburg. Quench your thirst with a large, foamy German beer or try one of the local wines made using tasty Riesling grapes.

Links to Germany as a travel destination

10 magnificent castles in Germany curated for your pleasure Neuschwanstein Castle You will probably be rather surprised to know that in Germany there are no less than 20,000 castles. Choosing only 10 out of this huge number is not an easy task. There are many countries in Europe like England or France or Denmark with a historic castle, but the large amount of castle that Germany has is without comparison. You will love visiting the stunning castles, historic fortresses and hearing stories who lead you back in history to romance, to war and peace, to ghosts and of course Frankenstein. For…
City ​​Breaks Germany

Berlin´s own brand promises “Handcrafted with Berlin Love” Berlin´s own brand of beer,”Handcrafted with Berlin Love” says it all on the label. Whether or not beer and a touch of Berlin love are both to be found in the bottle remains to be seen. Join us out on the town as we visit their restaurant and Biergarten at Gleisdreick. We enjoyed a tasting at the Berlin Food Week 2016, where BRLO, Berlin´s own brand of beer had a stand. We enquired a little more closely about the name – not least of all how to pronounce it! BRLO is pronounced”Berlo”, and is an…
City ​​Breaks Germany

The Holzmarkt in Berlin, a quirky village – and an alternative, creative solution in the heart of the city The Holzmarkt in Berlin is the latest creative development the city has to offer, located at Holzmarkt 25, with views of the city skyline. Until just a few years ago, it was renowned throughout Europe as the place for techno lovers to party! But a lot has happened since then. Since its humble beginnings with just one wooden shack on the River Spree in the mid-2000´s, it has now been transformed through the efforts of a number of innovative entrepreneurs into…
Camping Vacation Germany

Campsites in Germany: Our pick of top campsites in Germany. Camping in Germany is very popular. And no wonder: From over 750 campsites in Germany to choose from, we’ve narrowed down the list to these charming campsites,  which will surely give you a good experience and an impression of what is to expect. Our list of campsites in Germany starts with the one near a popular health resort, Erding. https://www.loanerland.de/ Freizeit Camping site Lain am See Idyllic camping in enchanting nature for holidaymakers and tourists (close to the spa town of Erding). Natural bathing lake with spring water, kiosk, log cabins, mobile…
Camping Vacation Germany

Germany has more than 750 reasonably-priced campsites Campsites are generously sprinkled all across Germany. To hitch up the caravan and head for the open road, wherever it may take you, is a way of life in Germany, where new experiences are lined up quite literally at every exit you take. Choose between campsites that stretch down to a lake or a family-friendly site, or campsite close to a big city such as Berlin or Hamburg. There is something for everyone. Here at traveltalk.dk, we´ll feature some suggestions for those of you who like to travel light! Camping in Germany is for everyone: You…
City ​​Breaks Germany

Turning the roof of a boring parking lot into a cool café – that´s ecology Berlin-style! Ecology in Berlin? And with a name like that? “Warum nicht”! Well, yes, why not? This warrants a closer look for sure: At the top of the Neukölln Arcade shopping centre, some bright sparks in Berlin have transformed a bleak and deserted car park into an organic garden complete with café, bar and beach atmosphere. Quite apart from the beauty of growing things organically in Berlin in a totally untraditional way, the view from the rooftop terrace across Neukölln and a large art of Berlin is one…