Georgia is making its mark on the European tourist scene as an exciting, new tourist destination. It´s even in the Eurovision Song Contest that most Europeans will be familiar with! The country had plenty of international visitors in 2017. Great efforts are underway to open up the country more and increase tourism.

Why not explore Georgia by car?

There are several options available if you´d like to see something of this country. One of them is to hire a 4 wheel drive vehicle and get out there and explore this fascinating country. The landscape changes almost from hour to hour in this little country of big experiences.
Another option is to visit some of the amazing UNESCO attractions that are to be found all over the country, including one of the very few cave cities in the world here in Georgia. (Other cave cities can be found in southern Italy (Matera, Basilicata)  and northern Sudan). The largest, “The Cave of Prometheus”, discovered in 1984, includes a 1000 m. route that took workmen 4 years to layout the  stalactites, stalagmites, petrified waterfalls, bottomless holes, and cavernous ceilings, all illuminated by multi-colored lights.

Where Europe meets Asia, where the majestic Caucasus Mountains tower above the landscape, is where you´ll find Georgia. These magnificent landscapes are adorned with cultural pearls such as ancient cities, impressive monasteries, and age-old churches. It is the world´s next oldest Christian country and has a wealth of culturally historic reminders from the early Christian era.

The country is an independent state within Eastern Europe. The country borders on Russia to the north and east, Turkey and Armenia to the south, Azerbaijan to the south-east, and the Black Sea to the west. The capital is Tbilisi. 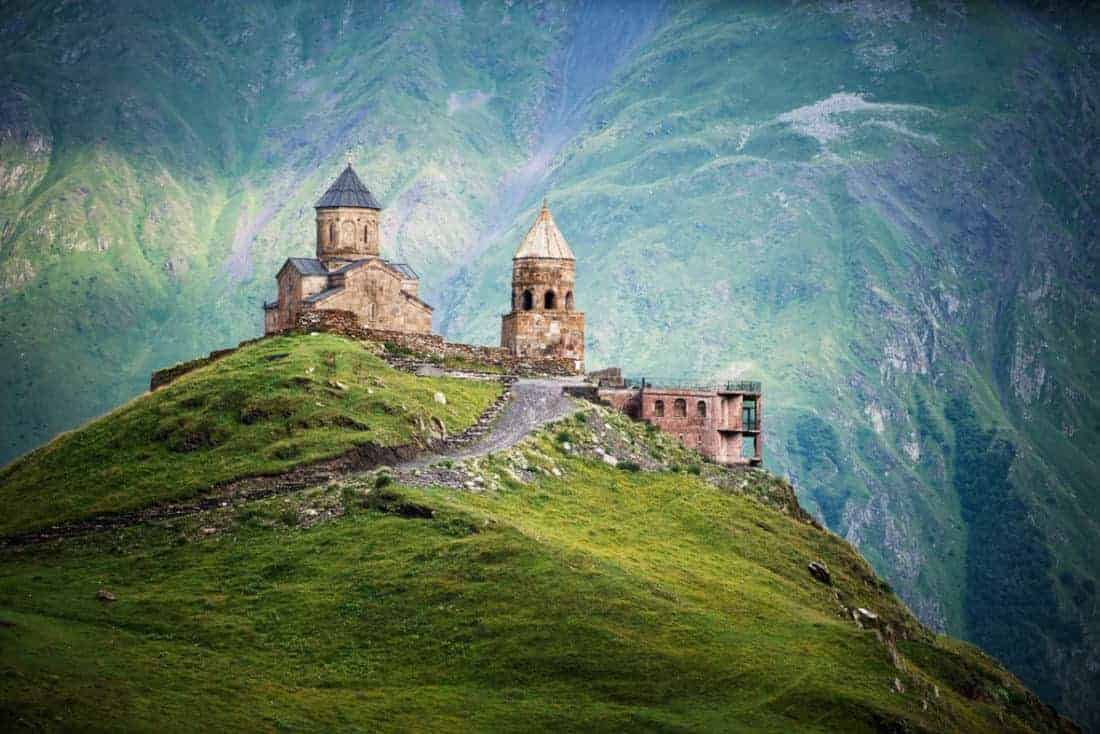 Georgia cave dwellings from the Iron Age. Georgia’s cave towns are rightly famous. There are very few real cave dwellings in this world. One is located in Basilicata in southern Italy and another in northern Sudan in almost desert landscape, but on UNESCO’s exclusive shortlist of conservation and worthwhile culture and nature heritage, we also find Georgia’s most famous cave dwelling: The world-famous cave town of Uplistsikhe, ‘the fortress of the Lord ‘is the most important of them all in the country. Dating back to the Iron Age, the city overlooks the Mtkvari River. It is painstakingly carved out in …

The smallest countries in Africa

The smallest countries in Africa – you may never have heard of. The second-largest continent in the world, Africa, has 54 sovereign countries. The continent occupies a total area of 30.3 million square km accounting for 20.4% of the world’s land area….
Caribbean Sailing vacation

The Faroe Islands, you have never seen anything like it

Rottnest Island Rottnest Island (known as Wadjemup to the local Noongar people, and otherwise colloquially known as Rotto) is an island off the coast of Western Australia, located 18 kilometers (11 mi) west of Fremantle and Perth. Ferry to Perth and yachts…