Cuba vacations have a lot to offer for the visitor. Few places if any in the Caribbean have so much to tell, so much to show and so much to enjoy. Romantic hotels, excellent beaches, vintage US Cars, the list is long.
No wonder this was the preferred place for Ernest Hemingway. He had to be dragged out more or less when things got tuff between the US and Cuba. but his house, his bars, even his boat are still there taken well care of, but the Cubans, who loved him. 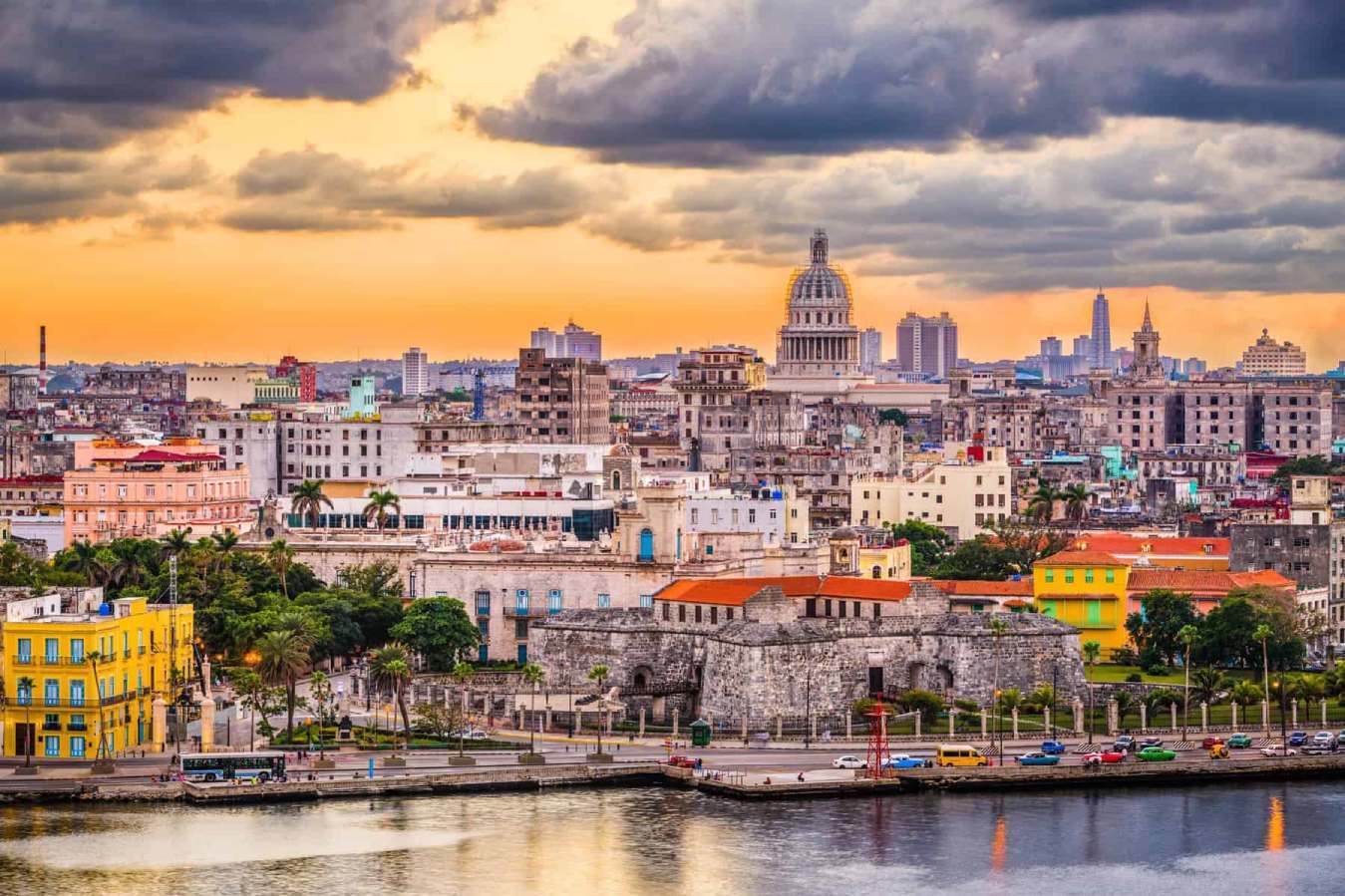 Havana was founded and built by the Spanish in 1519 in the Bay of Havana. It became a stopping point for the treasure-laden Spanish galleons on the crossing between the New World and the Old World.

The city was burnt to the ground by a French pirate in 1555, named de Sores, but rebuilt and reinforced and defended by stationed troops by the Spanish shortly after.
The city was built in baroque and neoclassical styles. Many buildings have fallen into ruin in the latter half of the 20th century, but a number are being restored. The narrow streets of Old Havana contain many buildings, accounting for perhaps as many as one-third of the approximately 3,000 buildings found in Old Havana. It is the ancient city formed from the port, the official center, and the Plaza de Armas.

To see in Old Havana

Already in 1982, La Habana Vieja was inscribed on the UNESCO World Heritage List for many good reasons. It has so much charm, history, and life, it was a natural choice, that the Cubans took very seriously: They do care very much for La Habana Vieja.

Ernest Hemingway was the first famous American artist and author to settle in Havana, and when it became too dangerous to be there in 1959-60, the American authorities almost had to drag him out. There are a number of things to see in Havana relating to his and second wife Martha´s 20 years in Cuba. His Finca/home, with many of the original pieces of furniture and decor, hunting trophies, his boat, and personal artifacts can be seen today. When Hemingway was not fishing or traveling, he wrote a great deal from his Cuban home. He also still visited the rest of the world and stayed in touch with affairs as an acutely observing and engaged journalist.

From Europe to Cuba

Virgin Holidays from the UK

From the US to Cuba

Classic Journes to Cuba
– A long weekend in Cuba, music, history and culture

Zicasso
– Luxury tours to Cuba from the US.

Cuba, warm hearts and cool drinks Cuba is a country that is rich in cultural history and political volatility, Cuba has a unique atmosphere that far exceeds the stereotype of the Caribbean destination of sun, sea, and sand. If you are looking for these tropical attributes and these heavenly...