Cozumel is Mexico‘s largest island and 53 km long and 14 km wide. (See the map below). It is famous for so many blinding white and quite different beaches and was first truly discovered by divers such as Jacques Cousteau, the well-known movie director, and diver, who in the 1960s filmed the coral reef in the Caribbean. 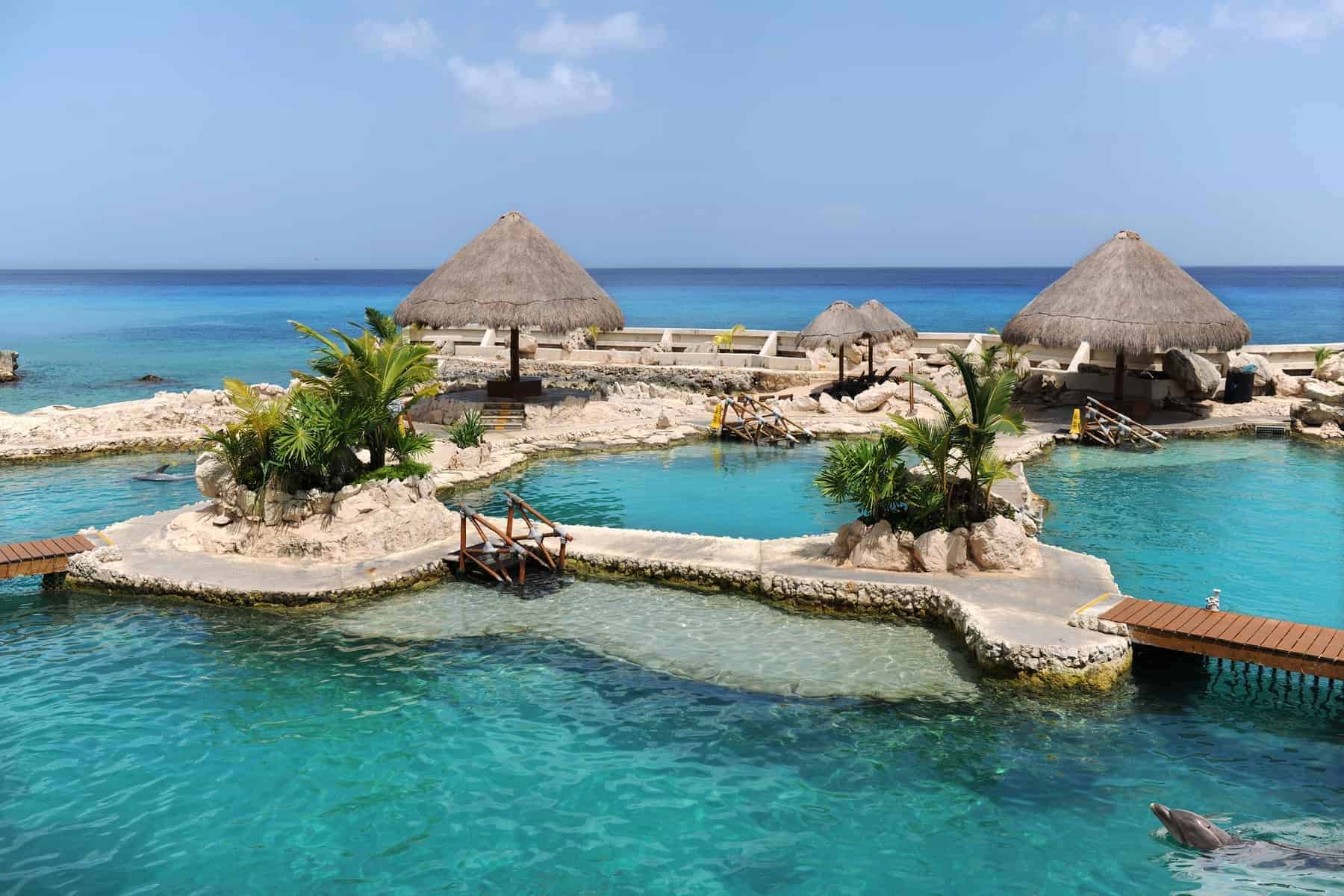 You can visit this exciting island on a  beach & sun holiday, but it will undoubtedly also be exciting to snorkel or scuba diving a bit, see the coral reefs and play with curious and colorful coral fish. 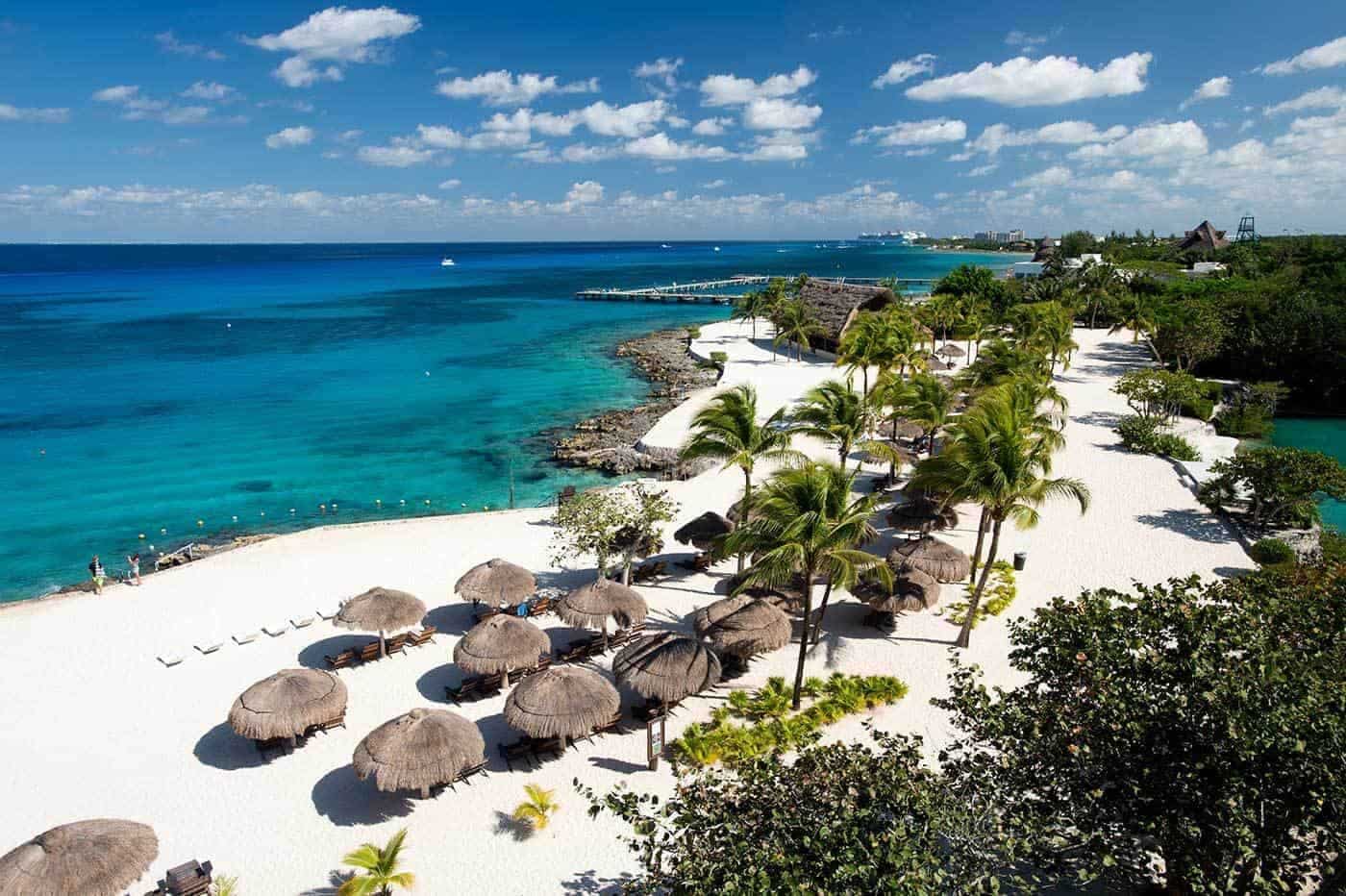 In just 30 min. by boat, you can be on mainland Mexico and visit the famous resort of Cancun. Or go to Cuba on a day trip. Ready to explore Cozumel? 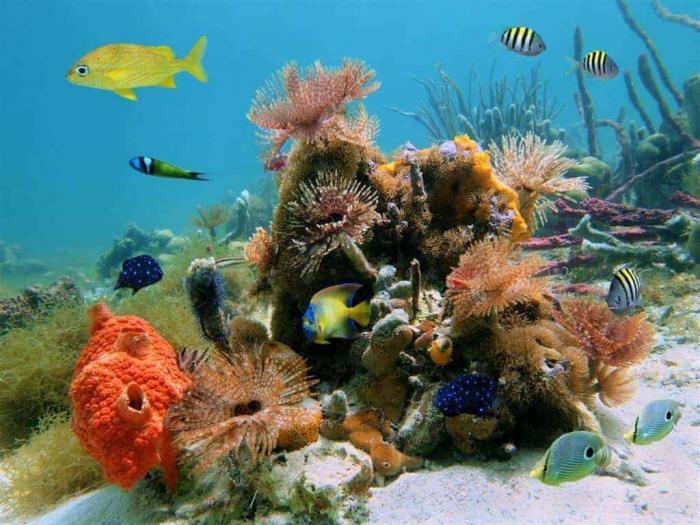 Cozumel in Mexico, a diving experience with a garantee for coral reefs

Arrecife Palancar at Cozumel, one of the world’s largest coral reefs.

If you are a diver, this is a fantastic place for you.

Cozumel lies ca. 10  kilometres/six miles off the coast of Mexico’s Yucatán Peninsula, also known as the “Island of the Swallows.” It is a small island has become a popular scuba diving destination. Cozumel has all the ingredients for a great dive getaway – friendly locals, good food, lively nightspots, towering coral formations, warm water, great underwater visibility and white sandy beaches. Cozumel is famous among the diving community for its lush reef walls and high energy  drifts. The reef system around the island is a part of the Mesoamerican reef system and is protected by the Cozumel Reefs National Marine Park. As such, it is extremely healthy for a Caribbean reef and is home to 26 coral species and more than 500 species of fish. Cozumel is suitable for all levels of diver from beginners to tec divers. In particular, Cozumel is currently ranked as one of the top ten places for advanced diving. This is due to the deep walls and too-clear visibility that require extra vigilance. Diving in Cozumel can be completed by speedboat or from shore, depending on your preference
You will find a great and intact coral reef and ecosystem on the south side of Cozumel. Since the discovery in the 60s, diving enthusiasts from all over the world have traveled far to see this beautiful and unique coral reef, Arrecife Palancar, which covers 5 kilometers of the most beautiful corals filled with fish in all of the rainbow colors. Among other species, you will see a beautiful and special “Splendid Toadfish / Toadfish”, which is endangered as a species, hardly because of its unusual looks, it does not look much like food,  but it is a little charming fellow, and only found at Cozumel. There are more than 500 species of fish living near the reef. This part of Cozumel has rated a top diving spot for advanced divers as well, including tech diving. 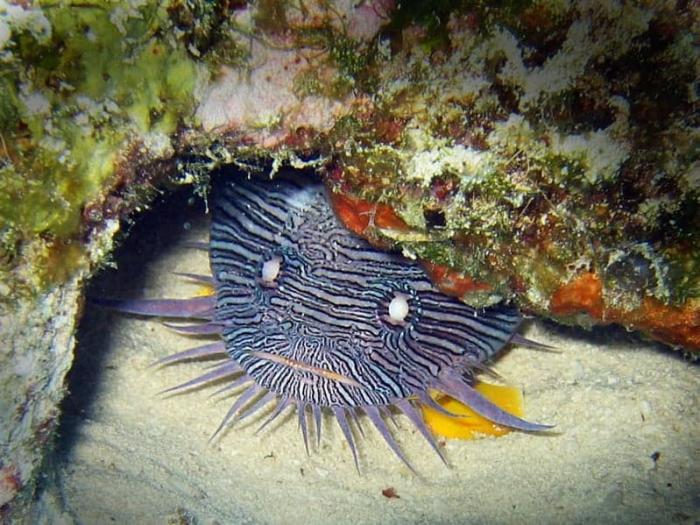 There is no shortage of interesting and colorful fish species.

Previously, it was just a small island living off fishing, only half an hour sailing from Playa del Carmen. 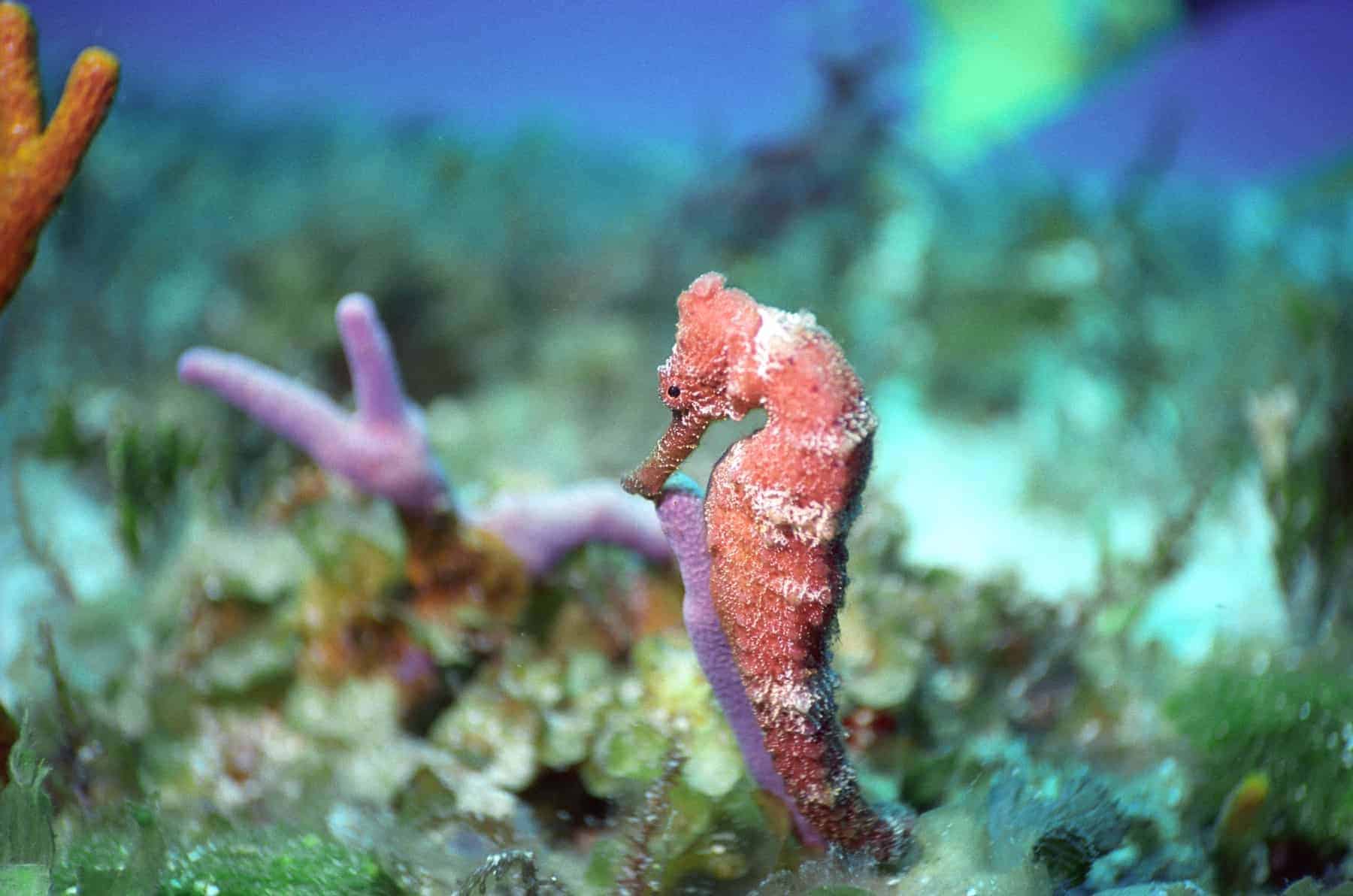 Arrecifes de Cozumel National Park is off the coast of the province of Quintana Roo. Cozumel’s coral reef is part of “The Mesoamerican Barrier Reef System” and, as mentioned, the world’s second largest coral reef system. Nearly all of Cozumel is surrounded by beautiful coral reefs, but the Arrecifes de Cozumel National Park covers only the area around the southern part of the island at Punta Sur and continues slightly east. You can snorkel or scuba dive, totally up to you.

More than 500 years ago, the island was an important place for the Mayan Indians who came here to worship their fertility goddess Ixchel. In 1519, the Spanish explorer Cortés came to the island heading for the conquest of the mainland. Since then, it became a haven for pirates and later on the production of chewing gum was lucrative. The island is a mecca for divers, and there is a beach for every taste. 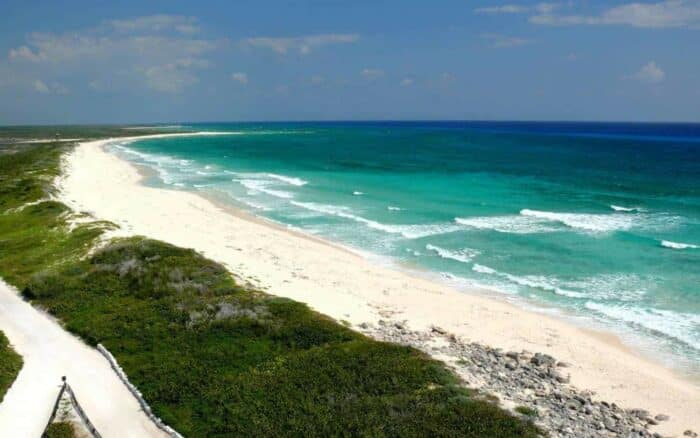 The best beaches are Playa San Francisca 14 km from town and Playa Palancar a few km further south. In the May-September period, the large sea turtles come ashore to lay eggs. An incredibly important contribution to the survival of generally threatened turtles. There are plenty of opportunities to see turtles during your diving holiday.

Where to stay in Mexico?

1o resorts you will love as long as you stay
Here are 10 top resorts in Mexico server on a silver platter:

Wonders of the Maya

Much more Mexico for you, with or without tacos?

Whale watching around the world from Norway to Maui, Hawaii

Panamericana in Mexico, one of the most iconic car races ever

Diving vacations from around the world

Do come back from time to time. Diving as a travel interest is growing here at www.traveltalk.travel from week to week.

Curaçao, the perfect Carribbean spot for a sundowner

Curacao, a perfect place to enjoy a  sun-downer  after a full day of diving. Diving in Curacao, a preferred diving destination in The Caribbean. Just like its neighbor islands, Aruba and Bonaire, Curacao has excellent diving sites and temperatures between 26 and 30 degrees on average. Diving in Curacao is...
The Philippines Diving vacation

Palawan, one of the most beautiful tropical islands in Southeast Asia Palawan is one of the largest of the Philippine islands and offers unlimited possibilities for any kind of tropical vacation, including a superb diving holiday. Let´s sketch a portrait of Palawan, which is an island in a province...
Bali Family Vacation

Diving in Belize and see the 3. biggest coral reef in this world A diving holiday to Belize is high on many dive lists. It goes to one of the world's largest coral reefs and the largest in the northern part of the globe. Only 10% of the huge...
Diving vacation Egypt