Cappadocia, a nature´s wonder in Turkey and protected by UNESCO

During my every visit there, I get many different kinds of inspiration, that remind me of fairy tale stories from my childhood. Would you like to enlarge your imagination world too?! If so, take the destination to “Cappadocia”.

The history of Cappadocia is so old that you shouldn’t surprise if I tell you, the ancient time’s writer Strabon gave a space in his book “Geographica” about Cappadocia during Roman Empire Augustus time. Millions of years ago there was very strong and big volcanic eruptions came up from the mountains that in some places the lava was up to 150 m thickness. During many millions years of volcanic eruptions, ice, rain and wind, these amazing sculptures were shaped in the region which is located in the middle of central Anatolia. As the landscape was eroded, basalt stones remained and formed conical structures reaches up to 45 m in height. The natives named these conical, capped, columnar or mushroom-shaped rock formations, “Fairy Chimneys”. The mother nature presented the main decor to the people who lived there. The rest of it was up to ‘Anatolian man’ how he wants to form and use it. In time the rocks were carved into houses and churches. Furthermore, over 200 underground cities were built by human hands.

This is the short story of how nature and humanity, hand to hand, left a unique heritage in form of the Fairy Chimneys beyond your dreams.

The origin of the name ‘Cappadocia’ is “Katpatuka” which means “The country of beautiful horses” in old Persian language. If you think about the fact of countless civilizations such as Hittites, Phrygians, Kimmies, Byzantines and Romans chose this fantastic region as settlement points, it would be easier to understand why Cappadocia has a rarely comparable richness in social, cultural, geographical and cultural terms. That fact also explains why Cappadocia is in the list of UNESCO World Heritages. If you would like to be a witness of those heritages, I recommend you to give at least few days to explore. Ürgüp, Göreme, Avanos, Kaymaklı, Ihlara, Uçhisar, Derinkuyu are the main places in “Cappadocia Region”. Let’s start to our adventure with Fairy Chimneys. They are located in the most intense valleys between Ürgüp-Avanos-Uçhisar triangle, in Kayseri Soğanlı Valley, in the region between Ürgüp and Şahinefendi, Aksaray Selimiye Village and around Nevşehir Çat Town. “Çatalkaya Fairy Chimneys” are the most famous ones in Ürgüp. 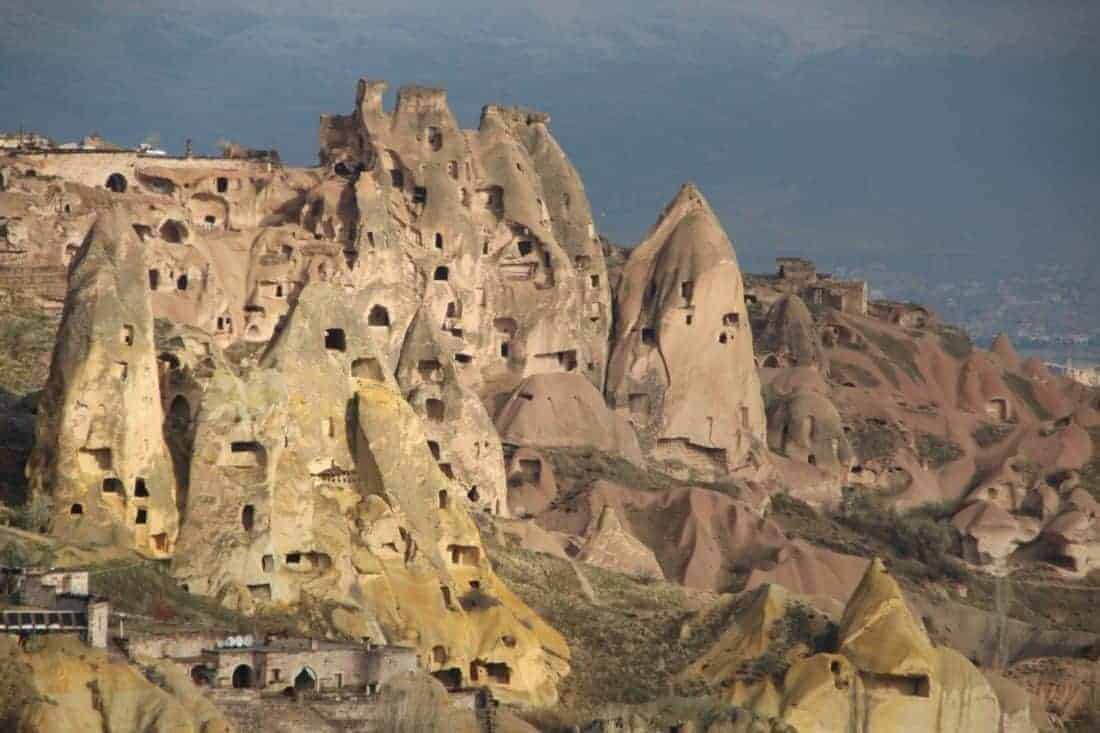 If you make your travel by passing from Konya and Aksaray you will have the chance to see “ Tuz Gölü (Salt Lake)”. The biggest second lake (1665 km2) in Turkey, provides 40% of salt needs of the country. It is located in the deepest part of a tectonic pit with the plateaus around of it. 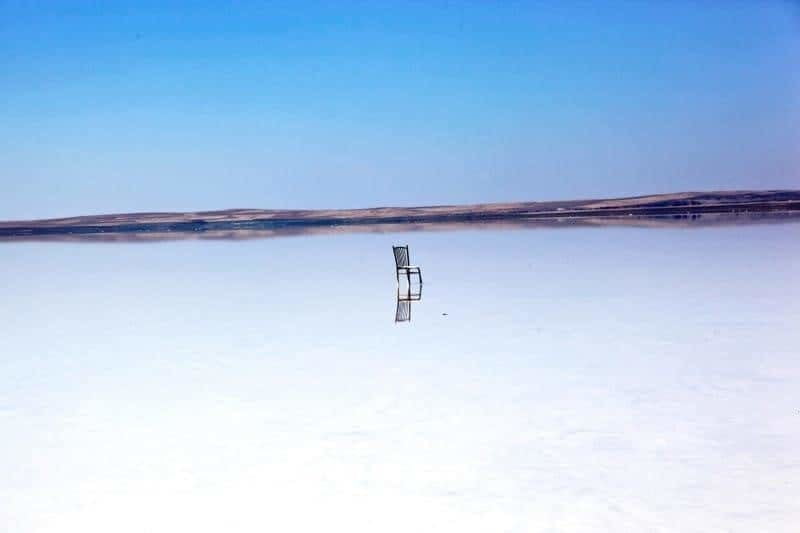 If you have never walked on salted lake with bare feet, I definitely suggest you to experience the feeling besides seeing the wonderful view at the same time. When I tried I was so surprised by feeling the salted ground under my feet. It was such a nice natural therapy was gifted by nature to my whole body. Plus your skin is getting peeling service for free. But if you want to pay there are some cosmetic shops around of the lake. You can buy some special skin care products which are produced from rich minerals directly by the lake. 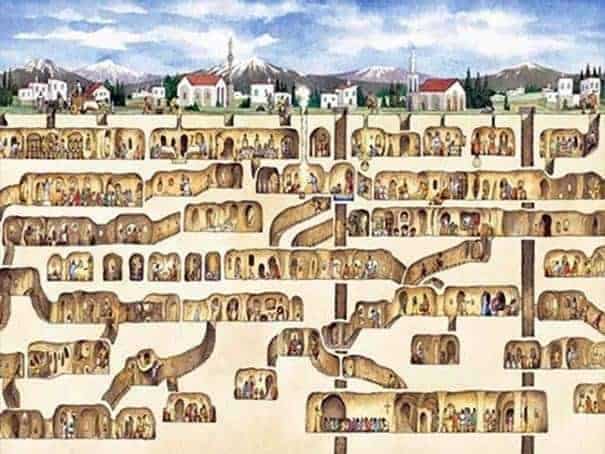 A fantastic and excellent example of underground cities on Earth. The number of them is over 200. Unbelievable, right?! They are all connected to each other just as the roots of a tree is spread under the earth and connected to each other. Even though they are associated with ancient civilizations, there are still lots of mysteries waiting to be discovered. Especially the part how those amazing and smart architectures were built if you consider the conditions of ancient times. One of the theories is “they might have been built by Aliens 🙂 Typical guess if minds don’t understand, isn’t it?;) 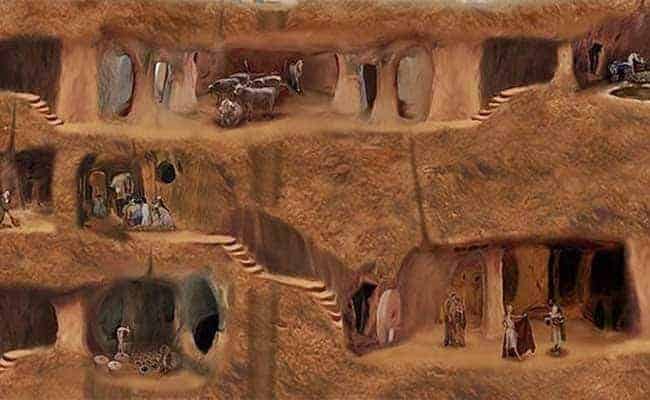 Even if there are 36 underground cities you can be able to visit in Cappadocia, I recommend you to start with the biggest ones: Derinkuyu, Kaymaklı, Tatlarin, Özkonak, Mazı, Sivasa Gökçetoprak underground cities are the main known ones. Let’s mention a little bit about the top 2 famous ones to let you get some ideas about how  fascinating they are.

Derinkuyu: The depth is estimated 85 meters with 12-13 floors. But for now, 8 floors with 50 meters depth are opened to visitors. The capacity: 50.000 people. The first settlement goes to the times of Assyrian Colonies and first Christians who ran away from oppression and persecution.

Kaymaklı: Has got 8 floors, 4 of them are opened to visitors. The settlement marks the B.C.8th century Phrygian Period during Arab and Hittites raids. Since 1984, it is among the UNESCO World Culture Heritages. You will be impressed by seeing the living areas, stables, water and air circulation systems, storage rooms, churches, copper workshops and wine chambers.

Would you like to watch the panoramic view of Cappadocia from the sky?

If so, balloon tour could be one of the most beautiful adventures in your life. It is worthed to hear the fairytale story of “country of beautiful horses” from the whispers by the wind as well. The wind is going to be the captain and decides where it wants to take you. What I mean every flight is different from each other and every rotation is independent of each other. All you have to do is waking up early (balloons need cool weather for flight) listen to the information about flight security from the pilot and get into the basket of the balloon. The rest is all about joy and happiness with wonders. 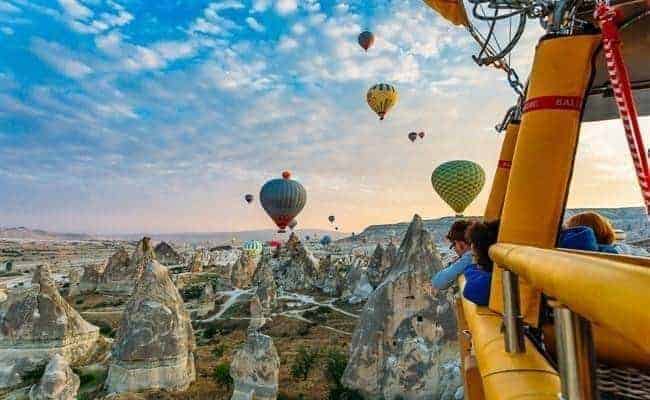 There are lots of professional balloon companies in the region. Skyway Balloons (in Ürgüp), Kapadokya Balloons (in Göreme), Cappadocia Balloon Turca (in Avanos), Sultan Balloons (Uçhisar) are some of the names I can present you. The price is between 100-130 € p.p. A flight takes time around 1-1,5 hour. The height changes between 300-600 m. Generally, the flight ends up with special celebrations. You could be awarded a  bottle of champagne produced by regional grapes, a medal or flight certificate by the company.

How to go to Cappadocia? 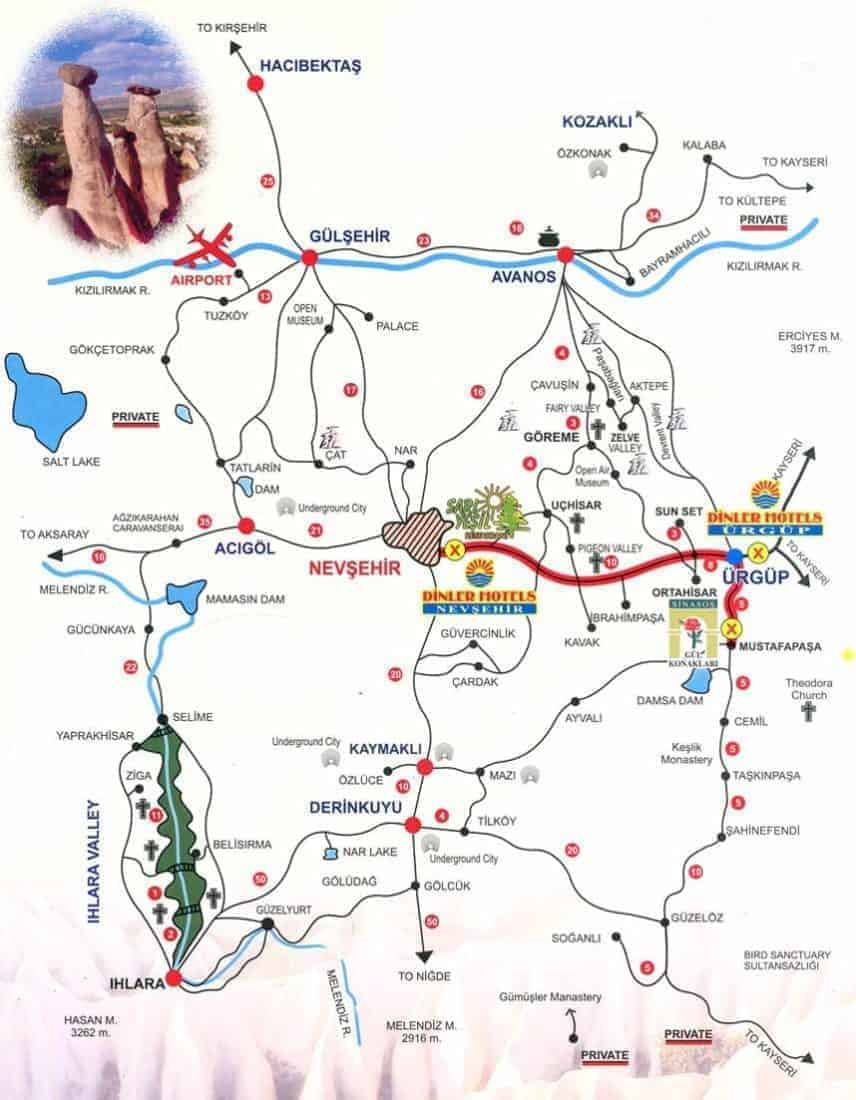 Where to stay at Cappadocia?

The hotels you can stay in Cappadocia are usually located in Nevşehir, Ürgüp, Göreme, Avanos, Uçhisar, Ortahisar and Mustafapaşa. The greatest feature of the hotels is that they are built by integrating the historical and geological texture of the region and have masterfully reflected the mystical atmosphere of nature and history in their decorations. Aside from the pleasure of the hotel, you will get the privilege by tasting the unique delicious dishes of Anatolian cuisine, accompanied by wine made from the region’s grapes, during your travel to Cappadocia. 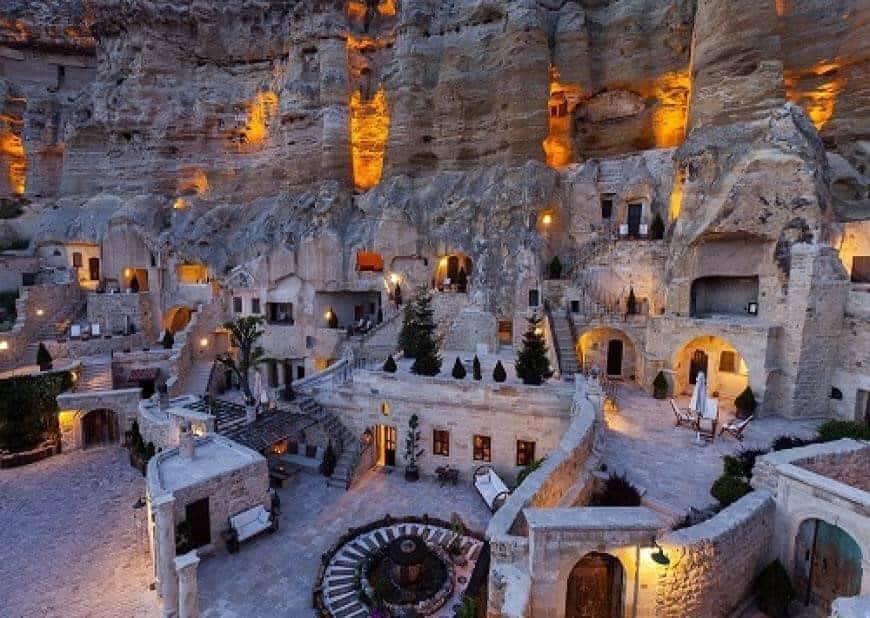 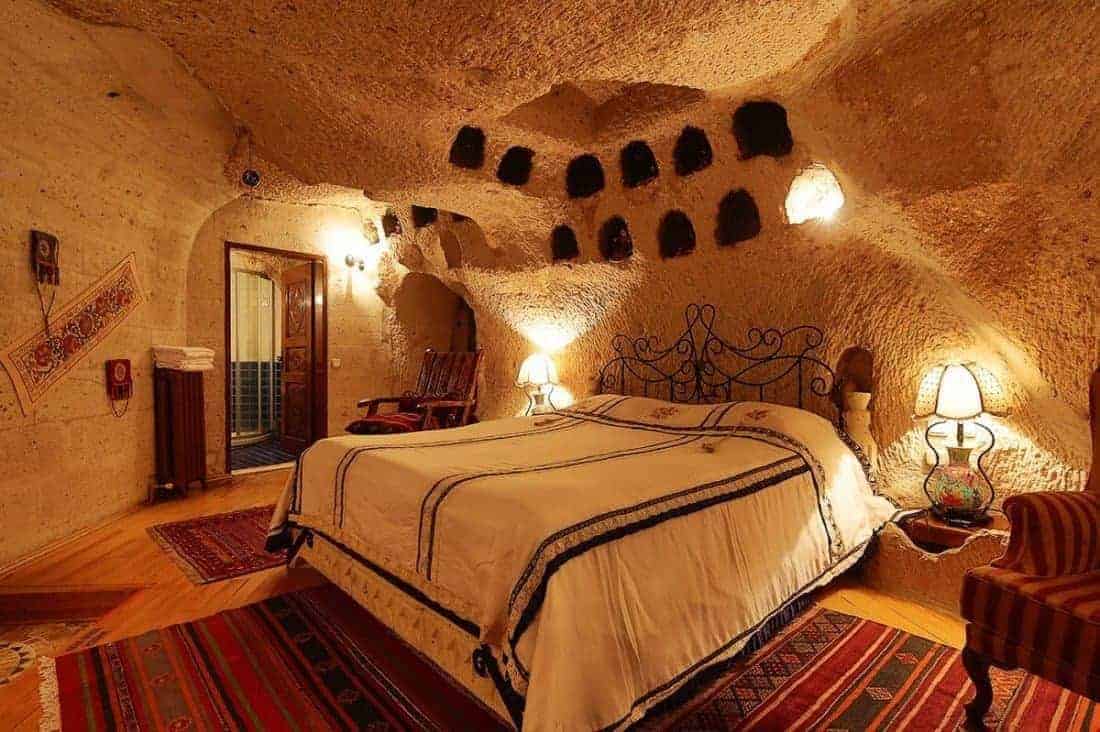 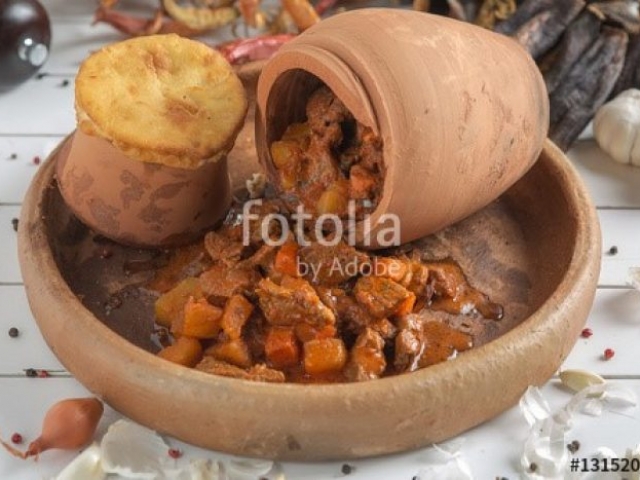 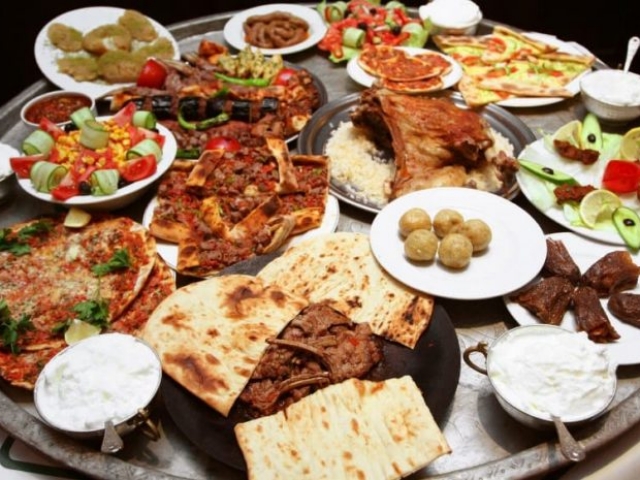 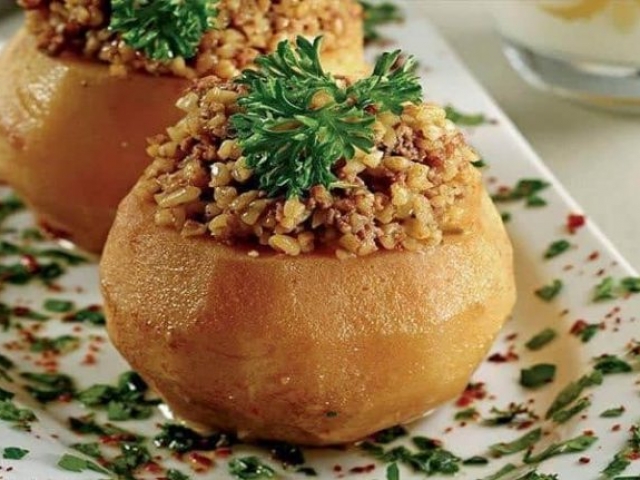 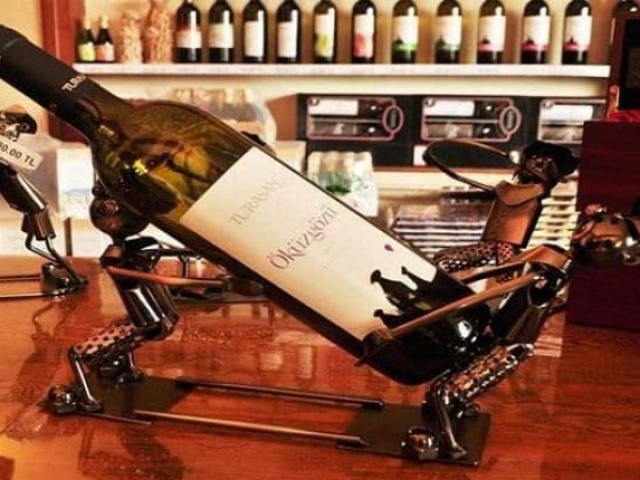 Links to Travels in Turkey

You must see this introduction to magic Denizli

Denizli in Turkey, travel for your health and well-being

FETHİYE: The Jewel of Mediterranean

Fethiye, the amazing city by the sea in Turkey Fethiye is such a fantastic city that with its rich texture of all historical, cultural, social heritage and beautiful nature; it has got a special space in my heart and in my memories…
Art and CultureItaly

Matera, home of the incomprehensibly 9000-year-old cave village Matera in Italy and Plovdiv in Bulgaria are the twin European capitals of culture of 2019. This article will focus on Matera and what makes this city worthy of the great attention that comes…
Art and CultureSingapore

National Singapore Gallery, a significant art museum in Singapore The Singapore National Gallery opened in 2015, from day 1 as a modern, significant and significant museum, covering both Southeast Asian art and guest exhibitions, as well as an exquisite selection of the…
Turkey

The Turkish Riviera The “Turkish Riviera”, perhaps the most beautiful coast in the Mediterranean, stretches over 1000 km from Fethiye in the west to Hatay in the east, close to the Syrian border. The Riviera enjoyed an almost explosive growth in tourism…
Antalya AirportTurkey

Experience Antalya’s beautiful beaches Antalya is situated 130 km west of Alanya and is the largest Mediterranean city in Turkey. It sits on the southern Turkish Mediterranean coast, located in the province of the same name. The town stretches along the breathtaking…
Golf BreaksTurkey

Golf courses in Turkey, right next to the Mediterranean

Turkish Food: Delicious, healthy and extremely tempting Turkish food is arguably among the top 4-5 cuisines in the world joining French, Italian and Chinese on a short list. There are countless Turkish specialties, as well as traditional European everyday dishes. Some of the…
City ​​BreaksTurkey

Belek – your own Mediterranean beach paradise and own golf mecca Belek enjoys a fantastic location – right out to the Mediterranean, approx. 30 km. from the region´s largest city, Antalya. The area has been voted either the best or one of…