Bintan Island is the new hot spot in Indonesia and part of the largest Indonesian archipelago, Riau Archipelago. Incredibly Bintan has not appeared on the tourism radar before, but now there are major investments in hotels and infrastructure, so other than the globetrotters have found Bintan. You can still be among the first to visit this beautiful, not so small island with an excellent location near major airports like Changi. It is very affordable to hop to Bintan from Singapore, and from most capitals in Europ to Singapore it takes less than typically 12 hours, e.g. with Singapore Airlines itself. You can lie on the beach a few hours after arriving in Singapore. So close to Singapore and quite so beautiful, with huge investments in holiday resorts in recent years.

Bintan Island is a great island

Bintan is the largest island in the Riau Islands, comprising almost 3,000 large and small islands, just across Singapore and Johor Bahru, Malaysia. The islands extend from the Malacca Strait all the way to the South China Sea. The city of Tanjung Pinang is the capital of this province, located on the southwest bank of Bintan.

Bintan’s main tourist attraction today is Bintan Resorts, a spectacular beach holiday destination in the northern part of the island, covering 23,000 acres along the sand-white coast facing the South China Sea. Here it is everything from a delicious beach to several golf courses, a classic top-tune holiday resort for anyone who wants high comfort.

That it is not exaggerated that here is delicious, can be seen, for example. of winning a coveted golf travel award as “the hotel experience of the year 2020”, postponed by the International Association of Golf Tour Operators.

Bintan is perfect for a diving holiday

The island itself also has interesting historical remains in Tanjung Pinang and Penyengat and offers plenty of opportunities for surfing, adventure, and ecotourism for schools and family, but is also ideal for relaxation and wellness. 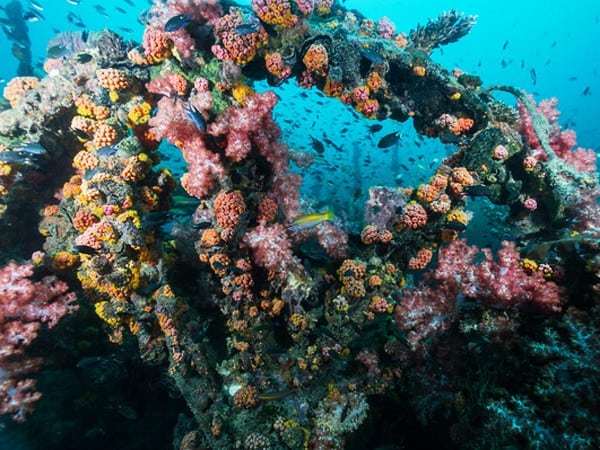 While for scuba enthusiasts, the Anambas archipelago of the South China Sea offers pristine dive sites that can be reached from Tanjung Pinang Airport. While the Natuna Islands can be reached from Batam.
Strategically located south of the Malaysian Peninsula at the mouth of the Malacas, the Riau Islands, ever since the first century AD, was the favorite area for Indian and Chinese merchant ships to find shelter and wait for typhoons raging in the South China sea and the Indian Ocean.

Discovered by Marco Polo in 1202 without Google Maps

As early as 1202, Marco Polo, the famous Venetian world traveler, told of his journey to the island of Bintan.
It is therefore no wonder that in the 18th century European merchants – the Portuguese, the Dutch and the British – fought against each other and the local sultanates as well as the Malaysian and Bugish seafarers in these waters for hegemony over this strategic shipping channel.

At that time, this part of the Malaysian Peninsula was ruled by the Johor-Riau Sultanate, whose seat alternated between Johor – in present-day Malaysia – and Bintan Island, in present-day Indonesia.

Since then, the fate and history of the territories north and south of Singapore depicted roads. Singapore became the center of the booming British trade, while the Dutch, who concentrated on the present Jakarta on Java, left the Bintan Islands isolated and neglected by the central power.

In the last decades of close relations between Indonesia and Singapore, an agreement was signed between the two governments to cooperatively develop the Riau Islands for the benefit of both countries in the designated free trade zone Batam, Bintan and Karimun. Then you know.

A first feature of this deal was the development of Bintan Resort, a beach vacation destination that covers 23,000 acres along the entire sandy white coast of Bintan, facing the South China Sea. 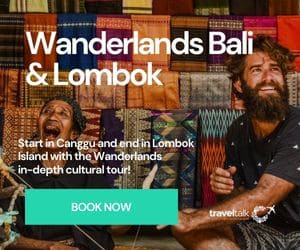 Visit Porto in Portugal on the coast of the Atlantic Ocean Travel to Porto is to visit Portugal's second city, Porto and authentic Portugal. It is a fantastic way to experience the country's culture and history. Also the enormous momentum since EU membership, but also an important sense of...
Golf Breaks Italy

The golf trip to Sicily at the foot of Mount Etna

Best Places To Stay In Positano

The Turkish Riviera offers an abundance of holiday options The “Turkish Riviera”, perhaps the most beautiful coast in the Mediterranean, stretches over 1000 km from Fethiye in the west to Hatay in the east, close to the Syrian border. The Riviera enjoyed almost explosive growth in tourism some years...
Golf Breaks Portugal

Golfing on the Algarve Coast is a winner. The Algarve is virtually synonymous with golf. Every year, thousands of golfers from all over the world come to the southern coast of Portugal for a unique experience. They come here to play challenging courses or take their first steps in...
The Philippines Diving vacation