Tokyo remains the largest city in the world

Tokyo and Yokohama as one city continue to be the largest city in the world, with nearly 38 million residents, according to the just released Demographia World Urban Areas (12th Annual Edition). Demographia World Urban Areas (Built-Up Urban Areas or Urban Agglomerations) provides annual estimates of the population, urban land area and urban population density of all identified built-up urban areas in the world. This year’s edition includes 1,022 large urban areas (with 500,000 or more residents), with a total population of 2.12 billion, representing 53 percent of the world urban population.

The 8 Largest Cities are in Asia

The world’s eight largest cities are located in Asia. Tokyo-Yokohama became the largest urban area, according to the United Nations, in 1955, more than 60 years ago. However, Japan’s capital may not hold onto the top position for long. With Japan now losing population, it seems likely that Tokyo-Yokohama — which has been about the only place in Japan gaining population — will begin shrinking in the next decade, while facing a strong challenge from Jakarta.

Jakarta is a clear no 2 now in terms of inhabitants

Jakarta has closed the gap to about 6.4 million. This may seem like a lot, but this is the closest a number two urban area has been since 1965, when New York trailed Tokyo-Yokohama by 5.1 million. The gap between number one and number two New York amounted to 16.5 million in 1995.

Jakarta has grown very quickly, and now stands at a population of 31.3 million. Between 2000 and 2010, Jakarta added more than 7,000,000 residents, one of the largest population gains of any city in history. Should this growth continue, and the population of Tokyo-Yokohama begin to decline, the largest city in the world could be Jakarta by 2030. Jakarta is also the largest city in size in the southern hemisphere, stretching beyond its city limits, into the regencies of Tangerang, Bogor, Bekasi and Karawang to the large independent cities of Tangerang, South Tangerang, Depok, Bekasi and Bogor.

Delhi, India’s capital, is not only the third-largest city in the world but is also the largest in India (25.7 million). That may be surprising since Mumbai (Bombay) was the largest in India for decades and had been widely touted to become the world’s largest city. Delhi spreads from the National Capital Territory of Delhi into the states of Haryana and Uttar Pradesh. These areas include the modern edge city technology hubs of Gargaon and Noida- 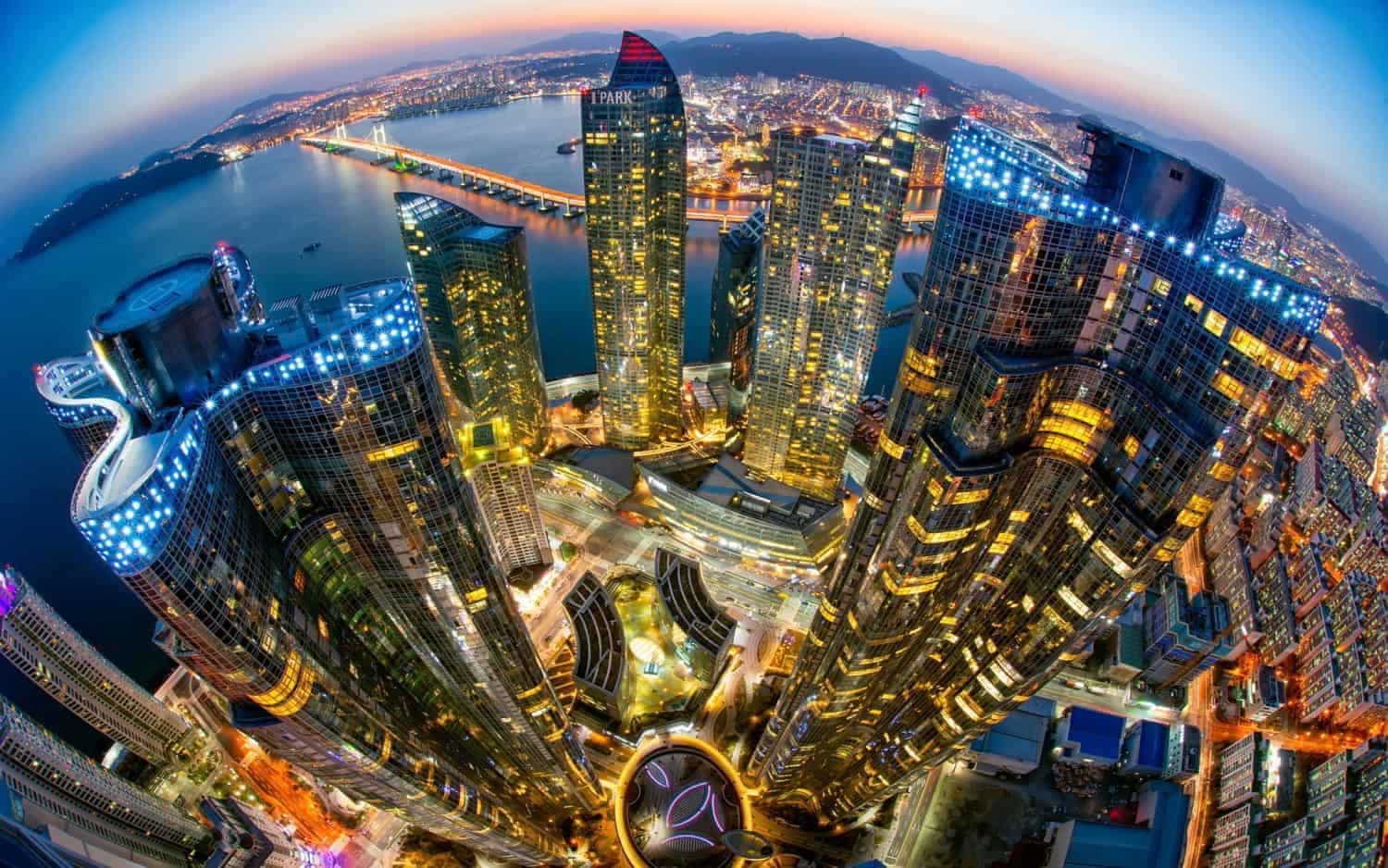 Seoul is the fourth largest city in the world, with 23.6 million residents, Seoul-Incheon spreads from the core municipality of Seoul into suburban Gyeonggi and the independent municipality of Incheon. The core city of Seoul has stopped growing, and approximately 60 percent of the population is in the suburbs. 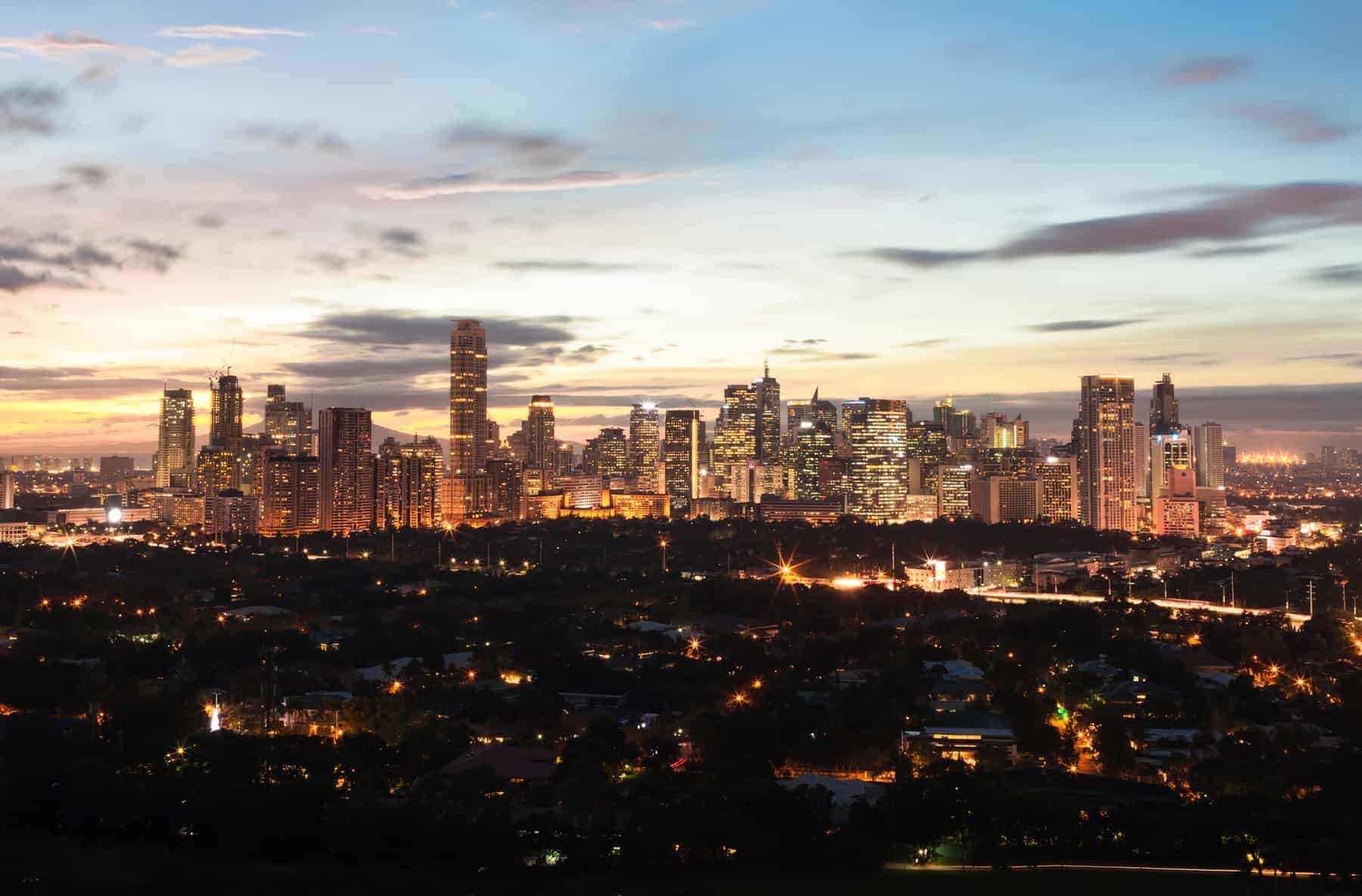 Manila is now plus 22 million residents and growing fast

Manila is the fifth largest city, with 22.9 million residents. Manila slipped from the fourth position according to recently obtained Philippine national statistics authority population projections. However, Manila continues to be one of the world’s fastest growing megacities and can be expected to pass Seoul-Incheon in the next few years. Manila spreads from the National Capital Territory into the adjoining provinces of Cavite, Laguna, Rizal and Bulacan.

Mumbai is 6th with also plus 22 mill  residents

Mumbai is a new entry to the top 10, with 22.9 million residents. The Mumbai urban area has been redefined to incorporate adjacent urban areas, which explains its larger population relative to last year. Mumbai extends from the municipality of Mumbai into the districts of Thane and Raighar.

Karachi in Pakistan is a surprising contender

Karachi with 22.8 million residents. This population estimate is the least reliable among the largest cities. Pakistan’s last population census was nearly 20 years ago, and had been scheduled for March 2016. As of publication, the census has been postponed and no new date set.

Shanghai dropped to the number eight position from sixth place last year. Shanghai’s population is estimated at 22.7 million residents. Like many cities across China, population growth has dropped substantially during this decade. Recently, the Shanghai city government announced that the population had fallen slightly over the last year, ending three decades of dramatic population growth in the last three decades. The Shanghai urban area is almost completely confined to the municipality of Shanghai but has minor extensions into the provinces of Jiangsu and Zhenjiang.

New York is the ninth largest city, with a population of 20.7 million. New York is the largest built-up urban area outside Asia and covers the largest land area of any urban area. New York extends into Long Island and the Hudson Valley in the state of New York, Connecticut and New Jersey. New York had been the world’s largest city before Tokyo, a distinction that it had held since 1925, when it surpassed London (now 33rd largest).

And then to South America: Sao Paulo

The 10th largest city of Sao Paulo, with a population of 20.6 million. Sao Paulo is a new addition to the top 10, Latin America’s largest city and the core municipality. Sao Paulo stretches from its large core city in all directions, with approximately half of the population in the suburbs. 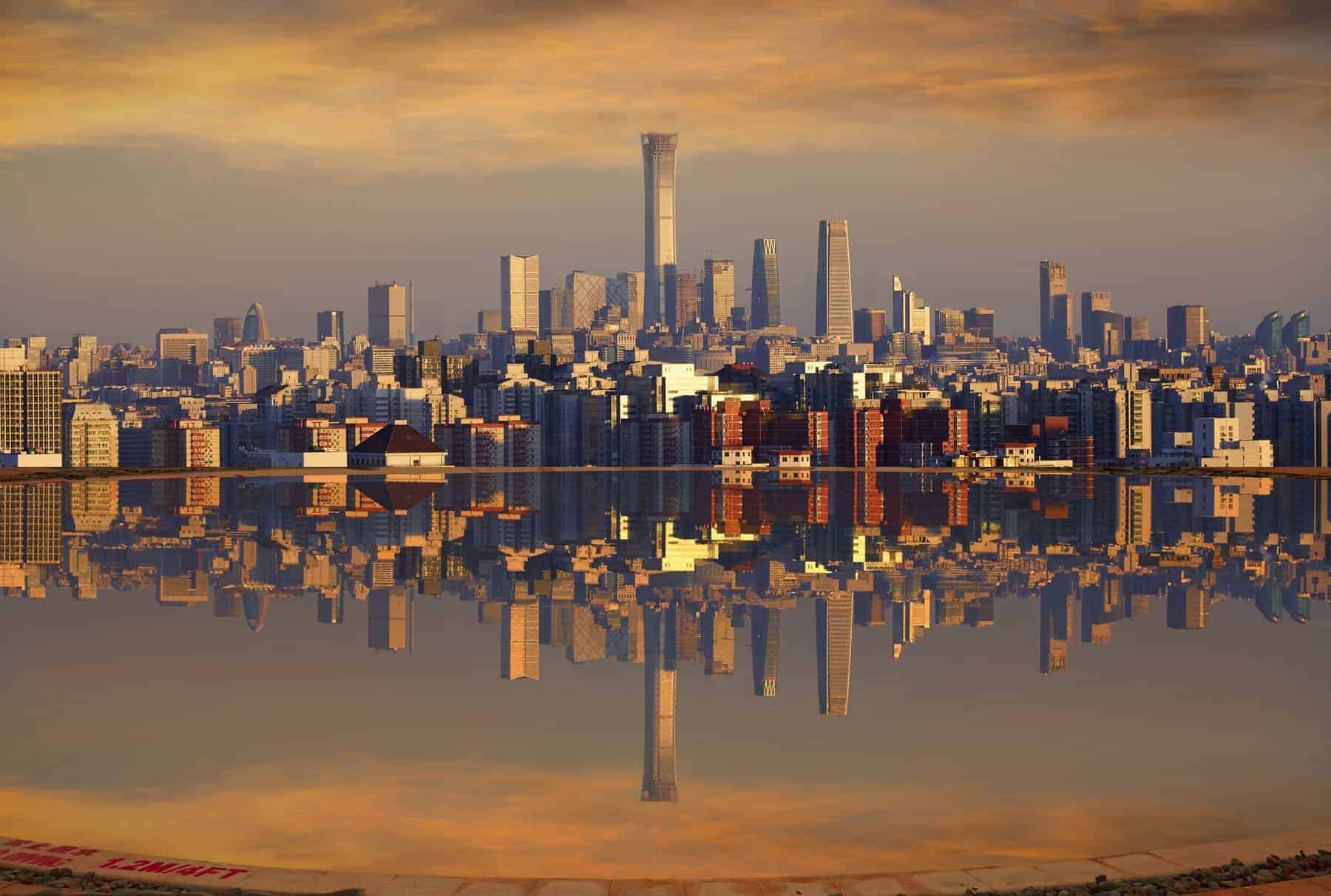 Two cities fell out of the top 10, Beijing and Guangzhou-Foshan. Like Shanghai and some other cities of China, newer population estimates indicated a substantial decline in growth rates. Beijing is now the 11th largest city in the world, while Guangzhou-Foshan is 13th largest. 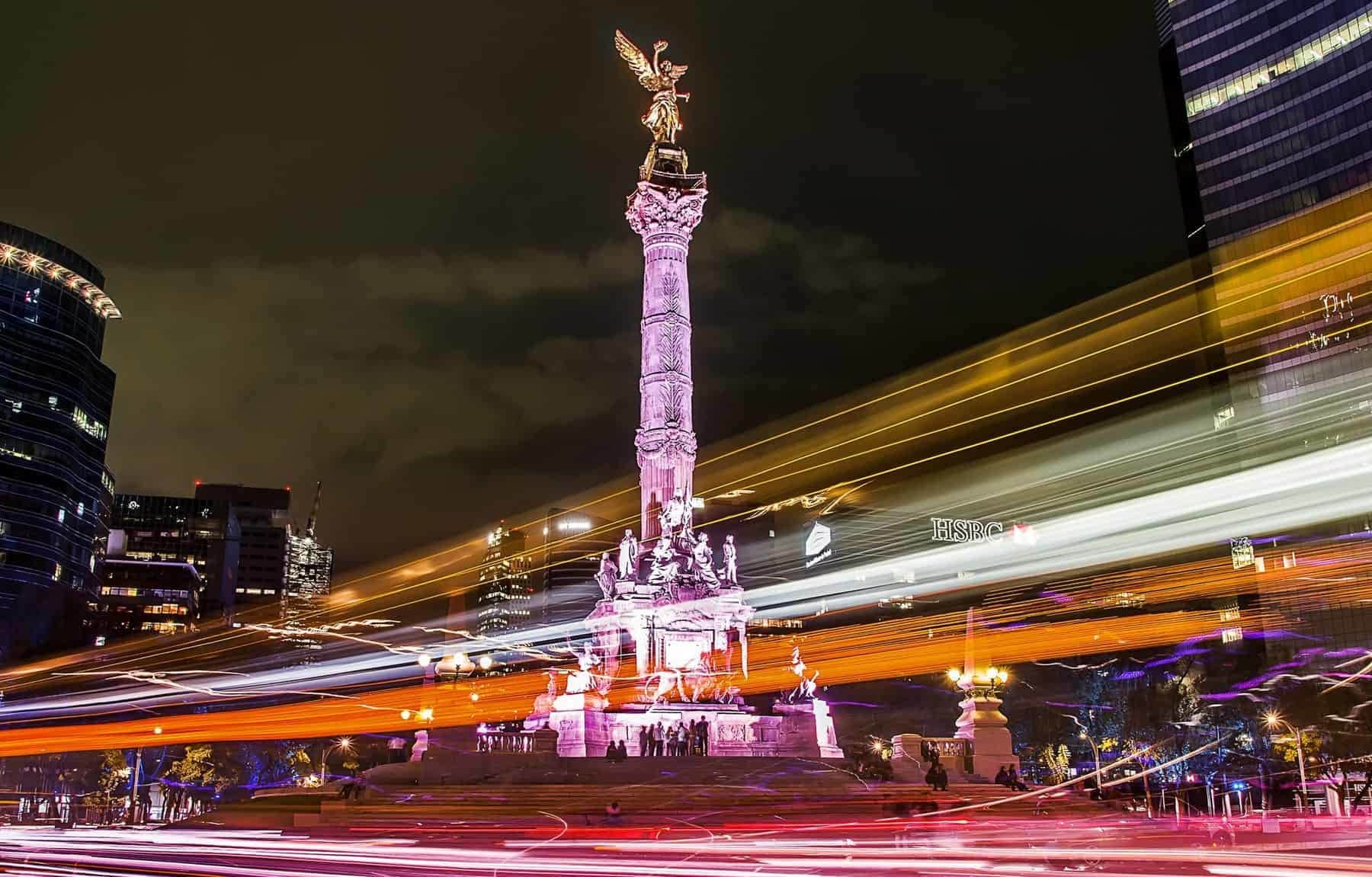 Mexico City is huge, but not in the top 10

Mexico City is ranked 12th largest in the world. Mexico’s capital has experienced a roller coaster ride in urban area rankings since the middle of the last century. In 1950, Mexico City ranked 17th in the world, according to United Nations estimates. By 2000, Mexico City was second in the world to only Tokyo Yokohama. During the period of its greatest growth, in the late 20th century, it was common to hear that Mexico City would eventually be the largest in the world (as was the case with Mumbai, above) but its once frenetic growth has cooled considerably. 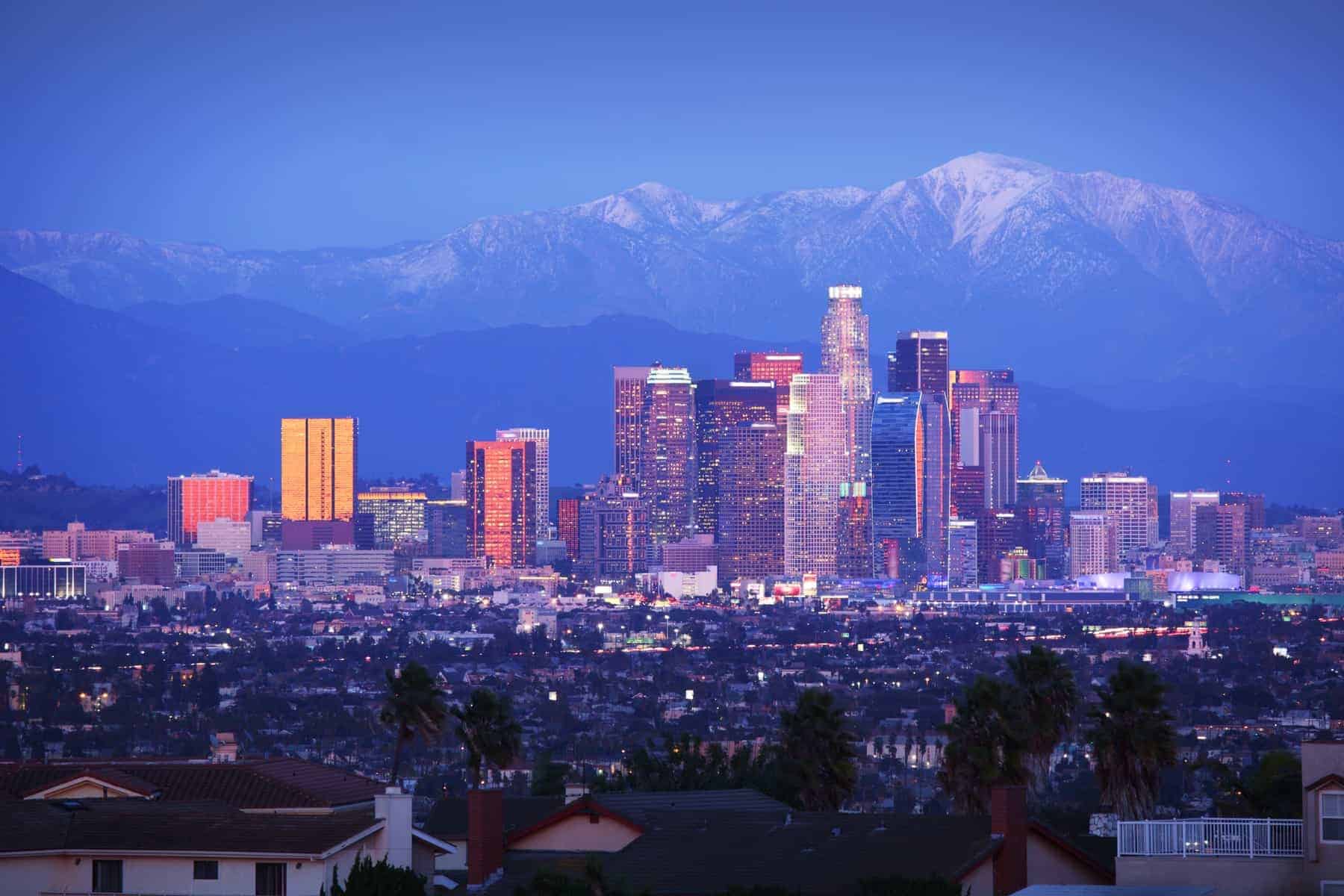 Back to America for the last of the biggest cities:  LA here we come

Final notes, big cities in the future may well be in Africa

Much of the population growth in the world will be in Africa over the next century. However, in the next few decades, the greatest urban population growth seems likely to be in Asia, where 57 percent of the large urban area population lives. Even with declining growth rates, such as in China, many millions more rural residents are expected to continue moving into China’s cities. And we will see substantial growth in cities in Africa.

Source and thanks to an important website: New Geography

The Philippines joins an attractive list of 100 “safe travel destinations” Safe Travel in Southeast Asia and the tropics, in general, is high on the list, because if you find an ATTRACTIVE island with few and tested inhabitants and every visitor on…
Travel NewsSingapore Airlines

Thailand needs tourism as badly as we need to travel again. And they as a country provide some of the possible ways to open up again for tourism. It won´t be easy. It will be a bit more complicated to travel,…
Travel News

Thailand needs tourism as badly as we need to travel again. And they as a country provide some of the possible ways to open up again for tourism. It won´t be easy. It will be a bit more complicated to travel, than our last…
Europe

Biggest Mountains in Asia. A must-read, if you like heights. If you want to plan a vacation in the mountains and something different this time,  but are unsure of the destination, you should consider traveling to the mountains of Asia. When it comes to tourism,…
Denmark

Cuba, warm hearts and cool drinks Cuba is a country that is rich in cultural history and political volatility, Cuba has a unique atmosphere that far exceeds the stereotype of the Caribbean destination of sun, sea, and sand. If you are looking for these tropical…
Adventure Venezuela