Beggar´s Chicken and the legend behind this famous dish.

Beggar´s chicken as a dish has a story to tell. This is the myth or legend of one of the most delicious ways to prepare a chicken the Chinese way:

Beggar´s Chicken: There is a gentle “crack” the second the hammer ends its fall. We are at a traditional Hong Kong restaurant with a flair for old fine dishes. Or rather old simple dishes. Flags of clay, which until now have protected and kept the contents, loosen as the hammer hits the clay. It’s a strange sight, and this dish may not look like much once it is served in front of the hungry guest. It is the contents of the clay that are awaited: a chicken, cooked so delicious and tender that the meat almost falls off the bones just by looking at the chicken. So besides Peking Duck, which you can get in many places in Hong Kong, there are a number of other traditional and delicious dishes on the menu. This is the myth or legend of how the dish was invented. Not many dishes have one. As bonus info the French har a version with salt: Fill the chicken with garlic, and cover it completely in salt, it produces a crust much like the clay and keeps the chicken moist and delicious.

The beggar stole a chicken but he was resourceful

According to the legend of this interesting dish, it was a hungry beggar who accidentally created the dish during the Qing Dynasty. The beggar is said to have stolen a small chicken from a farm but was caught in the act by the owner, who immediately ran after the culprit. The angry farmer chased the beggar, who eventually found himself on a river that was too wide to cross. The hungry beggar managed to hide the chicken in the muddy soil of the riverbank before the farmer came, and the beggar thus got away with the crime as there was no evidence.

Later, the beggar went back to the river bank where the chicken was buried. He dug up his prey, lit a fire, and laid the chicken, still smeared in mud, on top of the flames. The clay turned into a crispy crust that encircled the chicken, and when the beggar punched a hole in the shell, the most delicious, tender meat appeared.

At that moment the emperor came by and he was seduced by the beautiful scent. The beggar shared the chicken with him and it tasted so delicious that the emperor insisted on having the dish added to the imperial court menu. 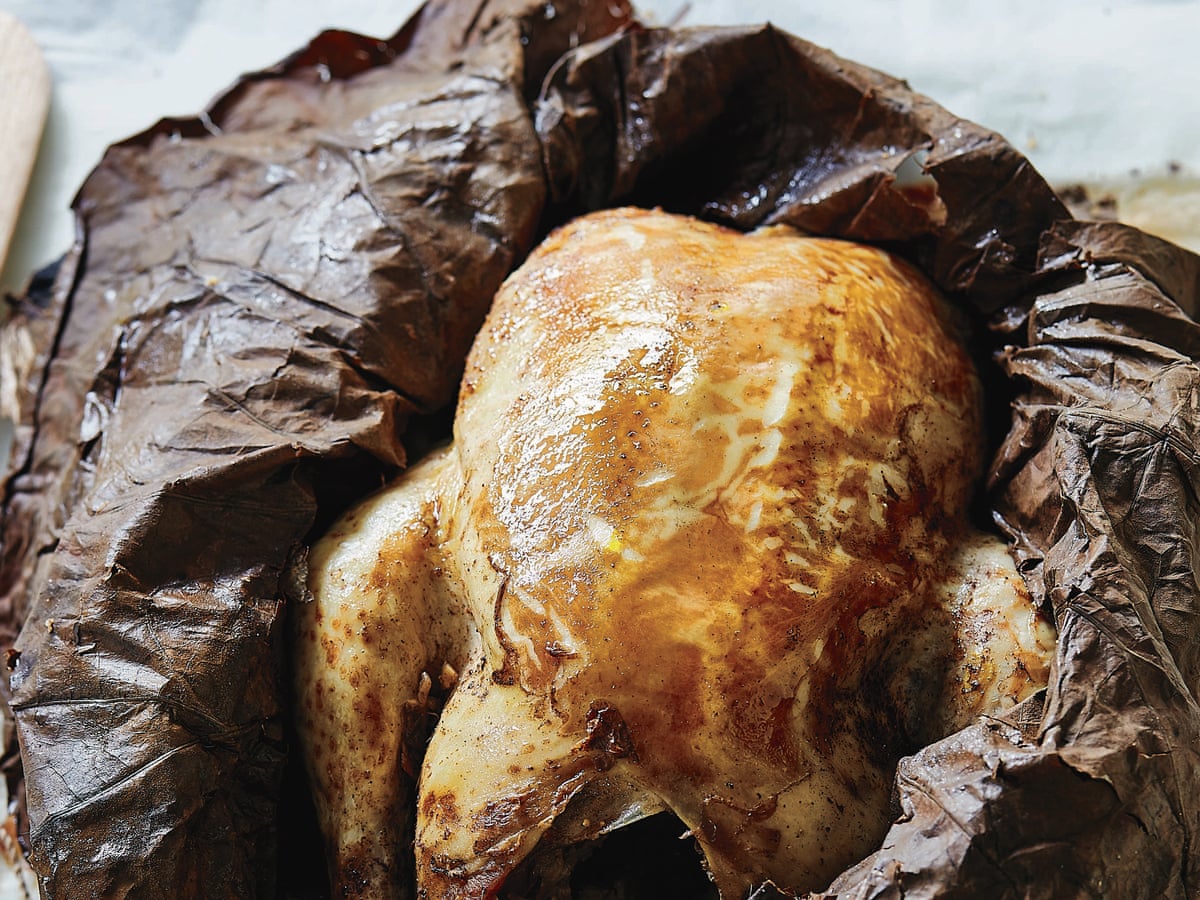 The beggar’s chicken and the emperor

After the meeting with the emperor, the beggar decided to share his newly discovered recipe. He sold his dish under the name “The Beggar’s Chicken” to local villagers and thus got out of poverty. The famous chicken dish is made today with fillings of pork breast, ham, and various mushrooms. The stuffed chicken is marinated and wrapped in leaves before being covered with a layer of clean clay and long-term baked at a low temperature for about three hours. Then it’s time for the ceremonial opening – this exciting part can take place in front of the hungry guests. The hammer hits the chicken. Bon appetite!

Hong Kong as a travel destination has a lot to offer!

Intro to travel to Hong Kong

Read about  Hong Kong and its nature

Filipino food, a fusion between Spanish and Asian cuisine

Turkish Food: Delicious, healthy and tempting Turkish food is arguably among the top 4-5 cuisines in the world joining French, Italian and Chinese on a short list. There are countless Turkish specialties, as well as traditional European everyday dishes. Some of the most popular dishes and beverages are: Menemen...
Food and Wine England

British Food, from then to now British food culture? Frankly, years ago, it was not something to brag about seen from overseas. Now British food has reached an impressive level of creativity, local identity, and reinvention of old ways to do things in a new interpretation. It is inspiring...
France Travel

Holidays in France:  Perhaps the best French places to visit? Holidays in France are for more people than any in the EU a dream travel destination. Its nature is staggeringly beautiful, its towns are packed with history, and France´s old and historic castles will make you feel like you’ve...
Art and Culture Food and Wine

What to see in Rome? Best tours and places to Visit

What to see in Rome? Rome is a city with a rich history that can be seen in its many ancient well-maintained historic buildings and ruins. If you're visiting Rome for the first time, here are some of the must-see sights! So if you are a first-timer in Rome...