China, the third-largest country in the world

And 1.3 billion people live there! That is the estimated population of the world´s most densely populated country. Although the country´s economic development has taken some time to get moving, with many bleak intervals during the last half of the 20th century, it has certainly gained momentum now. In 2010, China had the world´s second-largest economy in terms of BNP. With the growth in this league, it is hardly surprising that many western eyes have turned more and more frequently towards Asia´s Red Dragon during the 2000s. This is true not only in terms of business but also in terms of tourism which is booming in this gigantic and fascinating destination.

Economically and politically, China´s development can only be described as phenomenal and unmatched during the past 20 years. As the country has become more western-oriented in many ways, it has also become more accessible to tourists. Visiting the Great Wall of China is the obvious goal for many who take a trip to China. Parts of the Great Wall of China were already under construction in approximately 700 BC. The remainder of this massive construction project was built during the Ming dynasty between 1368 and 1644, an undertaking that took several thousand years to complete. That takes a while to digest, and it´s even more impressive when you see it. 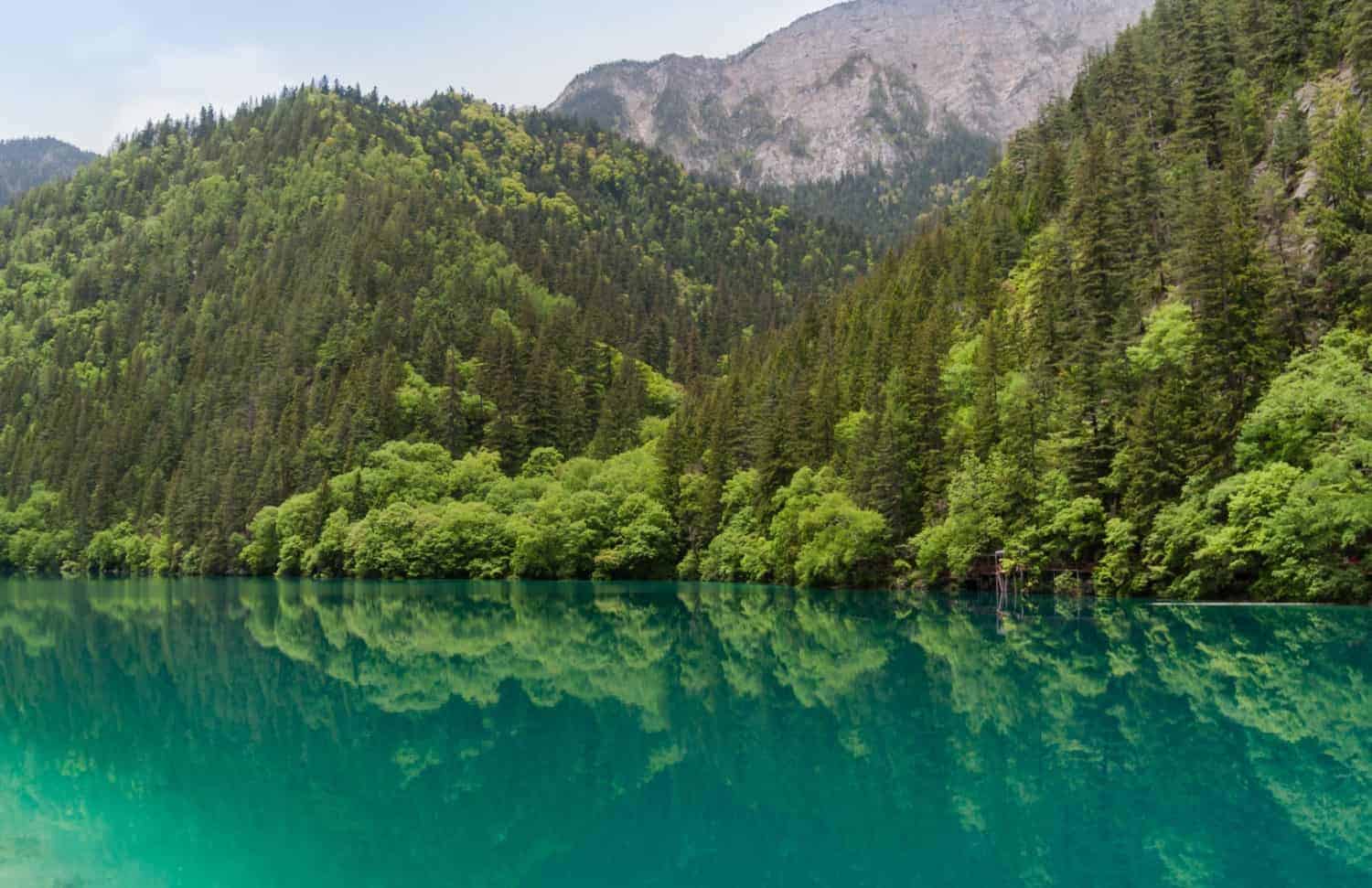 Scenic China – a geography lesson on a world-scale!

China covers an area of almost 9.6 million sq. km. Included in this are 4.73 million sq. km. of rivers and lakes. It is the largest country in Asia and the world´s fourth-largest country after Russia, Canada, and the USA. If we examine the country´s topography (differences in height and surface levels), we will see that huge variation exists between the lowlands and the highest regions such as Mt. Everest in the Himalaya Mountain range which is 8,848 m. above sea level. Part of the Himalayas is located in China, and Mt. Everest is recognized officially as part of both China and Nepal. 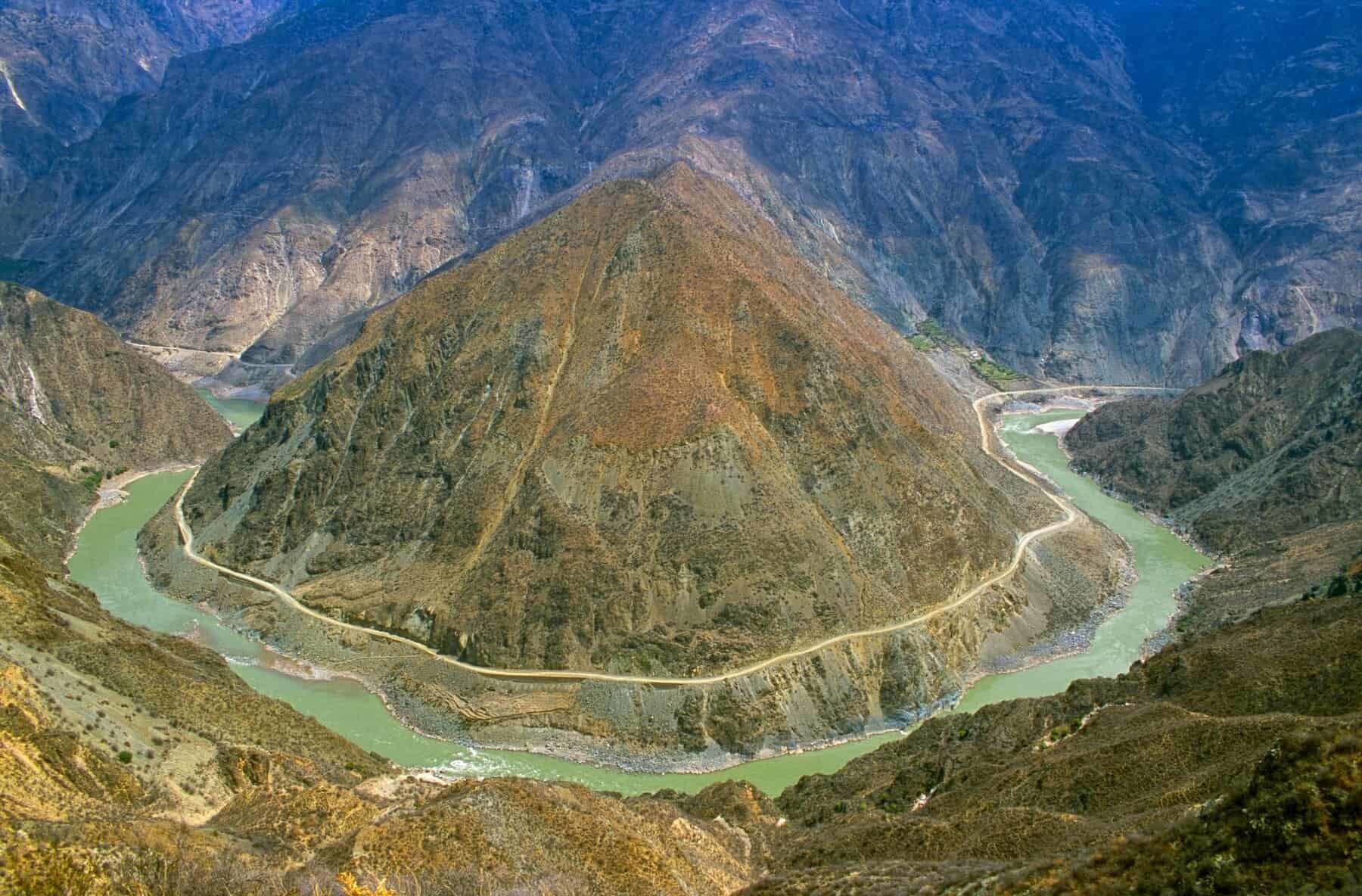 The Yangtze and Yellow Rivers are 6,300 kilometers long and are the major rivers in China. In addition, the famous Jinghang Canal (or Grand Canal) stretches across another 1,794 kilometers and is one of the longest man-made canals in the world.

Because of its size and variations in altitude, China has a somewhat complex climate.

Most of the country lies within the northern temperate or subtropical zone, and is a part of the east Asiatic monsoon system.

During the winter, temperatures can vary by as much as 40 degrees Celsius in northern China. So that makes it a little difficult to define the climate in China as being “one thing or another”. You need to define the geographic area you are talking about much more precisely. That´s why we just provide examples of the enormous variations that can occur. During the summer the temperatures are generally high and rainfall fluctuates between 1500 mm in the southeast to less than 50 mm in the northwest. Not surprisingly, the highest mountain ranges remain cold all year round. The majority of regions enjoy a micro-climate, including those on high plateaus and along the coast.

Despite the ever-encroaching urbanization of the countryside, a large part of the Chinese population are still dependent on agriculture to make a living and, outside the crowded cities, there are still large nature reserves.

The river in Jiuzhaigou in Sichuan province in south-western China, with its turquoise waters and snow-capped mountains in the background offers breathtaking scenery and nature that can match and top anything fairytales have to offer! If you travel further east, you can also explore Zhangjiajie National Park, whose mountain formations really did inspire a fantasy world in the film Avatar.

Come and see China for yourself one day

China´s development has been a long time in coming, and it requires a certain brand of curiosity and even stamina to travel across this huge country. But far removed from our own western culture and Christian traditions, you´ll discover a China that will amaze you, one of the true pearls of the East. It will challenge you and invite you to see the world from a different perspective – whether you visit the teeming cities of Shanghai and Beijing, or are on a quest to find your inner Buddhist in these magical landscapes.

Beijing, a metropolis with 3000 years of history. Beijing is the capital. The city is enormous, growing forever, and the number of inhabitants has exceeded 22 million. With over 22 million inhabitants, the city is surpassed by Shanghai with its over 25 million inhabitants. It was an imperial city until China became a republic in 1911. Beijing is today the political, cultural and educational center of China. The city is rich in historical and cultural monuments and houses a number of important institutions such as government and ministries. Chinese Wall, China Beijing’ s layout Beijing is characterized by a completely flat landscape…
China

Guangzhou, 3. biggest city in China. Do you know South China?

Guangzhou, the former Canton. A formidable, Chinese growth locomotive China is so large that it is almost impossible to understand. And yet most of us may only know Beijing and Shanghai and then not much more, despite the country’s enormous influence, innovation power and also high interest as a travel destination. Let’s go to Southeast China and take the pulse there: Today, Guangzhou is China’s third-largest city with approx. 13 million inhabitants, and close to. 20 million live in the region. Say what? (See the map for location under this article.) With a location approx. 12o km from Hong Kong’s…
Adventure China

Chinese New Year is a global celebration. 2019 is the year of the pig. Chinese New Year follows a 12-year cycle with a changing animal as the symbol for each year. We have reached the year of the pig and last year 2018 was the year of the dog. This huge celebration is so important to Chinese people and lasts a full 2 weeks. There are many symbols, and traditions, that have to be observed. In 2019 it begins Tuesday, February the 5th. In 2018 it was later from February 16th. It has to do with the position of the moon…
China City ​​Breaks

Visit Macau, a James Bond-like adventure Macau is an independent part of China since 1997,  with almost the same government system as for Hong Kong. Macau is placed at the very southern coastline of China by the  Pearl River Delta and only a 1 hours boat trip from Hong Kong. It was before 1997 a part of colonial Portugal, and now is living out a 50-year phase of becoming an integrated part of China in all aspects. Its giant casinos and malls on the Cotai Strip, which joins the islands of Taipa and Coloane, have earned it the nickname, “Las Vegas…
China Food and Wine

Hotpot robot restaurants in China have arrived to take over. Haidilao, a quality chain of Chinese restaurants, known for fresh ingredients, high quality, and service,  has furnished one of their restaurants in Beijing with an automated cold room with robotic arms and servers. The aim is operating 5000 robot restaurants worldwide. The robots are in town and they are not to be taken lightly. Automation will help improve kitchen efficiency for menial tasks, is the explanation. Big savings another? Haidilao-robot-restaurant But what is hotpot food? Hotpot is a Chinese cooking method, prepared with a simmering pot of soup stock at the dining…

Fairways & Bluewater Resort, Boracay, is a total  luxury chill-out Fairways & Bluewater Boracay has just been selected by Condé Nast, a trusted London-based luxury and lifestyle reference, as one of the best luxury resorts in the world.The resort recently opened We…
Philippines Travel News