Borneo, the wildest trip of all awaits you

Borneo is to be translated

Borneo is not merely a country. It is much more than that. It is, in fact, the world´s third largest island after Greenland (autonomous Danish territory) and New Guinea. In other words, Borneo is huge. It comprises of 750.000 sq. km. spread over Malaysia, Brunei, and Indonesia. Indonesia is by far the largest, area-wise, and Brunei the smallest and is located in the northwest part of the island.

The largest part of Borneo is, therefore, Indonesian (in Indonesian the island is known as Kalimantan), and it encompasses the four provinces of East Kalimantan, South Kalimantan, West Kalimantan and Central Kalimantan. The two Malaysian federal states of Sabah and Sarawak, and the island of Labuan are situated in the island´s northern region. Located mid-way along the northern coast lies the tiny, sultanate of Brunei.

Borneo is home to some of the most pristine natural surroundings on the planet in one of earth´s largest, unbroken areas of rainforest. A fantastic variety of animal wildlife, stunning beaches of dazzling white sand, crystal clear, turquoise water, some of the planet´s best diving, and Southeast Asia´s highest mountain peak are just a few of the things this amazing island has to offer. What more could you ask for?

In Borneo, you can hike through some of the wildest and most remote natural surroundings in the whole world. Explore Gunung Mulu National Park, with its bizarre stone formations that sprout up from the earth to create weird landscapes, or its dark bat-filled caves for the braver amongst us. If you want to try something new, you can hike the mountainous region of Loksado or even river raft on bamboo rafts, if that´s your thing. And last, but by no means least, the largest mountain of all in Malaysia and Borneo, Mount Kinabalu, has over 6,000 different species of plants – and what´s more, you don´t need to be an experienced climber to reach them. 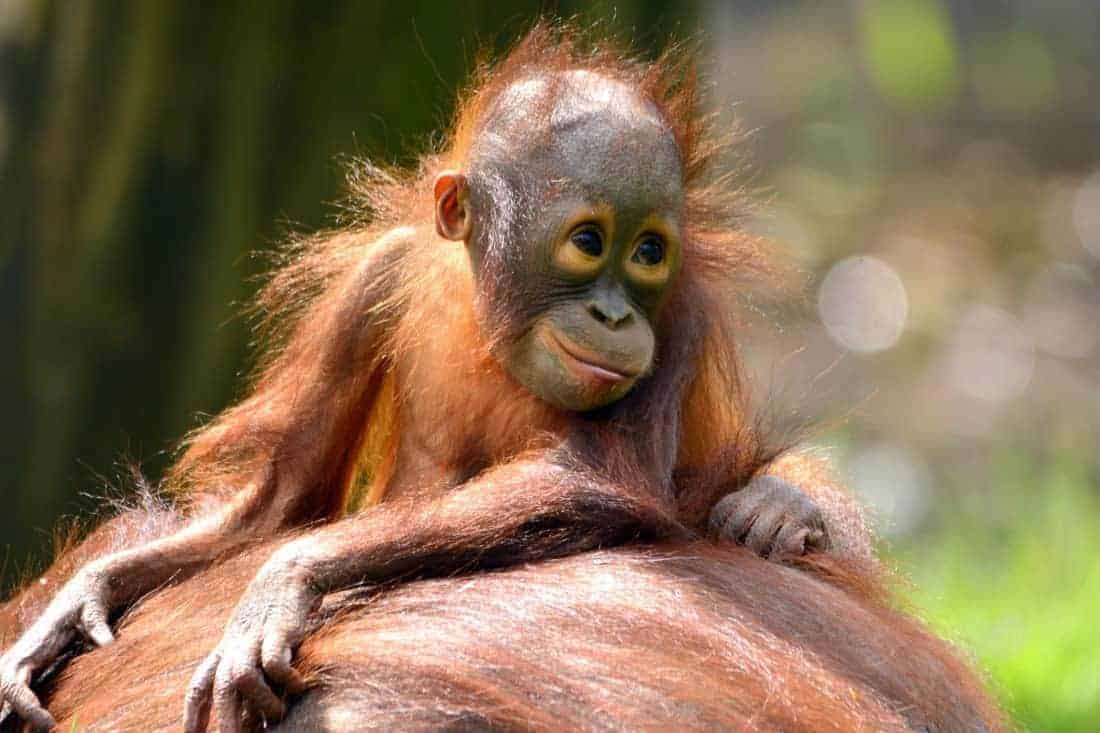 Borneo – home of the Orangutang

A trip to Borneo wouldn´t be complete without a visit to one of the famed orang-utan reserves, now that you´ve come this far. Here, you can observe these fascinating apes, with their uncannily human expressions at close quarters in the Semenggoh Nature Reserve, Sepilok Orang-utan Rehabilitation Centre or Tanjung Puting National Park. Now who does that remind me of?