Armenia is a small country, with great beauty and little awareness from most tourists. Questions like where is it? Is it safe? What do you do there, if you go, are common. So let´s address them all and more. You will be amazed, what a gem it is today. 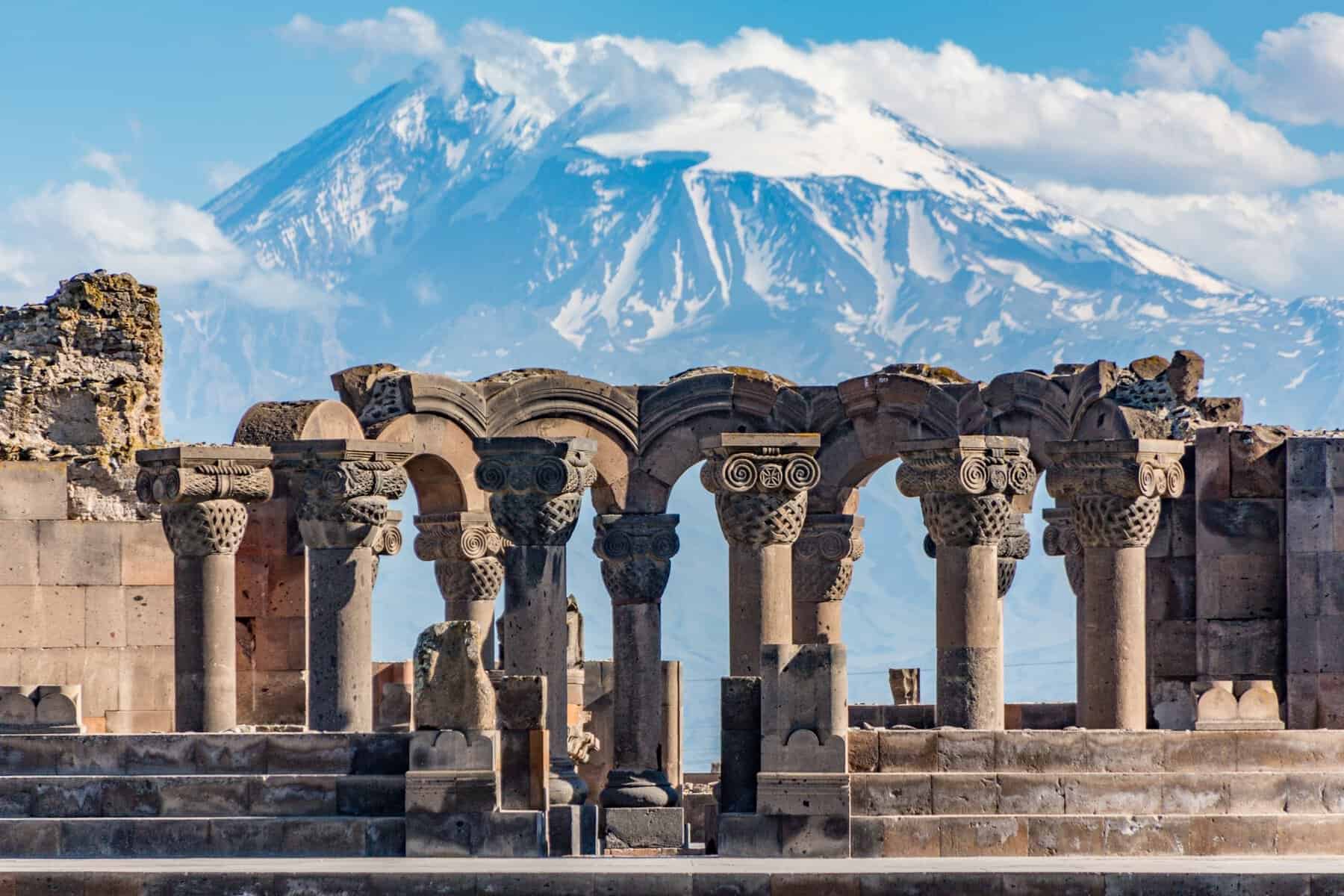 Armenia is a small country located in West Asia. It has borders to Turkey to the west, Georgia to the north, Azerbaijan to the east, and Iran to the south. Armenia has a population of just over three million people and covers 11,484 square miles. It is a region full of mountains of impressive heights, with fast flowing rivers and few forests, but the forests there are pristine, and the hunting excellent. With an average elevation of 5,879 feet above sea level, Armenia is the 10th highest country in the world. Expect cold winters excellent for skiing and warm sunny summers.

The climate of Armenia is considered to be highland continental, meaning it is relatively dry and has all four seasons. Summers are typically sunny, though temperatures can fluctuate between different parts of the country.

The history of Armenia

The history of Armenia is long and dramatic, no wonder with the strategic position between East and West squeezed in between powerful much bigger countries.

The history and population of what is Armenia today in the Caucasus mountains go back as far as to the 8th century BC. During the late 6th century BC, Armenia was established. The Kingdom of Armenia would form, reaching its height under Tigranes the Great in the 1st century BC. Armenia would become the first state in the world to adopt Christianity as its official religion in 301 AD.

Armenia’s importance as a link between Europe and Asia would ultimately bring conflict to the region. Over the last several centuries, Armenia has been controlled by various groups and empires, including the Romans, Byzantines, Arabs, Persians, and Ottomans. The latter held onto Armenia until the early 20th century, when the Ottoman Empire began to collapse, and soon after, World War I began.

In our time Armenia experienced a horrendous period during world war 1, where the ottoman empire carried out a genocide of ca. 600.000 Armenians. After World War 2 Armenia became part for the USSR until independent in 1991.

Armenia is the definition of a true travel adventure

Today the country has it challenges as most other countries in the area, but is generally considered safe to travel in. However conflicts in the southern region and at the border to Azerbaijan are issues to be considered. The country is otherwise growing slowly in economy from a very low point and an amazing travel experience awaits. This is the definition of a true adventure travel.

It is a well-kept secret that Armenia has an excellent wine production and cognac/brandy that competes with the very best in France.  They may beg to differ, but the truth is at the local Brandy is excellent. It was the main use of the grapes produced and sold to the USSR, until the independence in 1991. Churchill got his “cognac” from here. Lots of it. 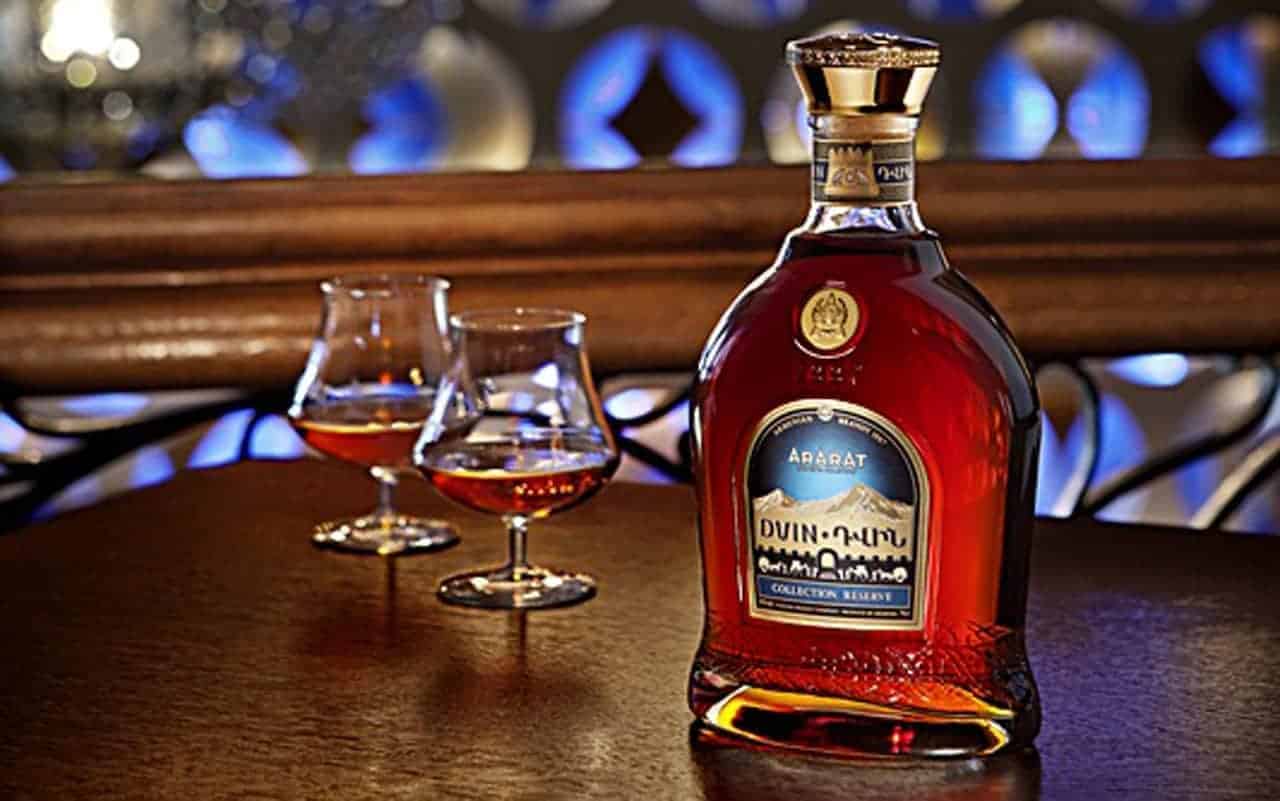 The oldest wine producing country in the world

Armenia is one of the oldest wine-producing nations in the world. In recent times, the Armenian wine sector realized the importance of their indigenous grape varieties. There is a new ambition to combine the excellent terroir and climate with their winemaking skills to produce a range of new wines-now truly world class. This is state of the art of wine-making!

Armenia holds a remarkable depth and diversity of cultural and natural landscapes. This diversity and richness are evident in music, cuisine, art, and—increasingly—Armenia’s rapidly developing wine industry. In the picture above you can see the Koor vineyards nestling below the twin peaks of Mont Ararat the legendary landing ground for Noah and his ark. What few people know is that he did not just bring animals with him but the seeds of winemaking as well!!

In 2011, respected researchers discovered the oldest winemaking facility in the world, dating from approximately 4100 BCE. Armenian grape varietals, like Areni, Kakhet, Voskehat, Kangun, Kakhet and Haghtanak are still relatively unknown outside of the region. Indigenous to the area and distinct from both the European Old World and New World varietals, these are the grapes that, as Vahe Keushguerian, doyen of the Armenian wine renaissance puts it “would perplex a wine professional.” 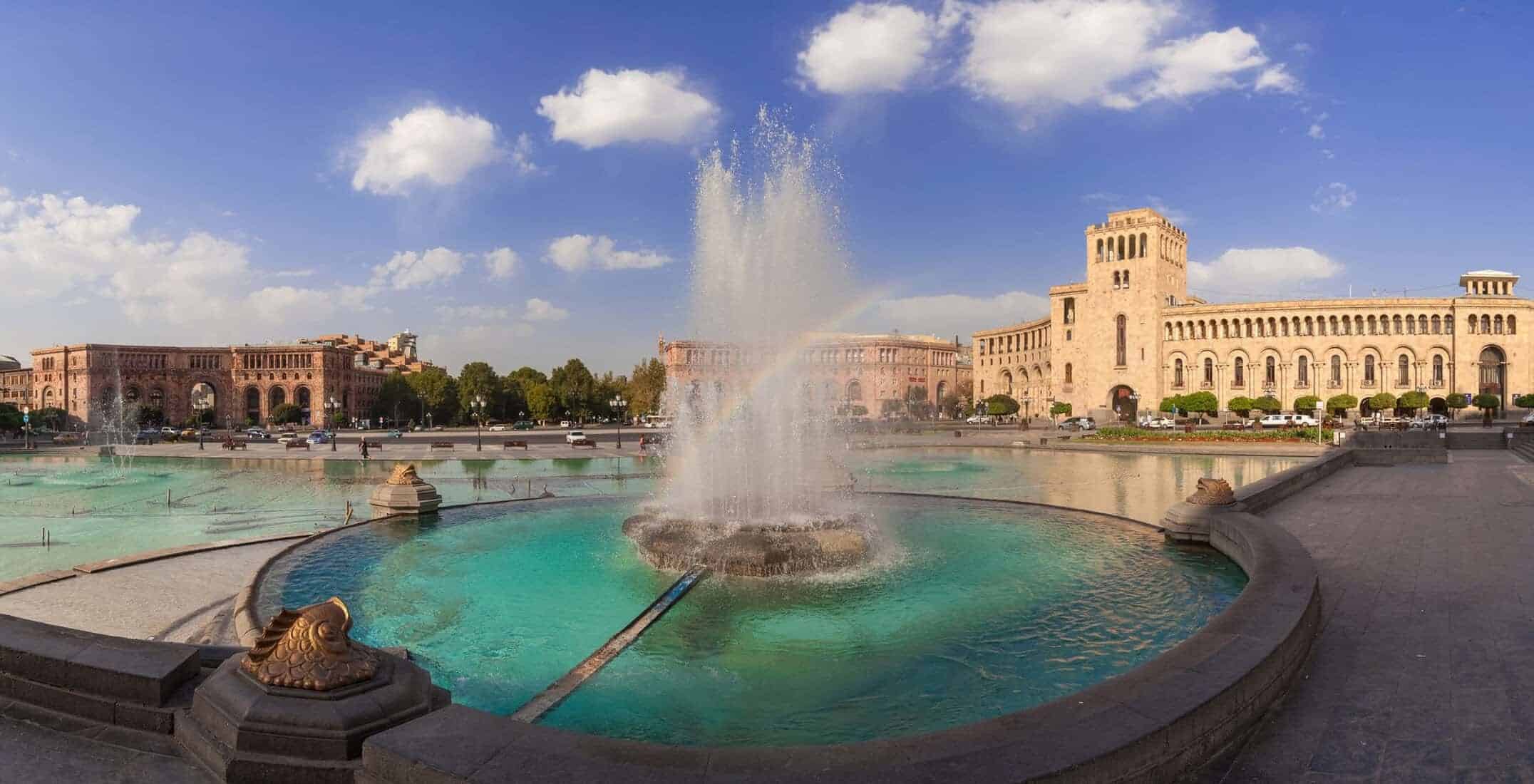 What to see in Armenia

Travel highlights in Armenia, that will amaze you. Travel highlights in Armenia are plentiful, and Armenia is still close to virgin travel territory, so if you are into adventure travel, hunting, fishing, good wine and food, amazing architecture and history (Oldest wine producing country in the world and oldest Christian country), tall snow capped mountains and more, you will likely find Armenia your kind of place. You also need to show a bit of precaution and avoid a few areas of local conflicts with "neighbors", the price of living cushioned by big countries and interests. Lake Sevan, a...