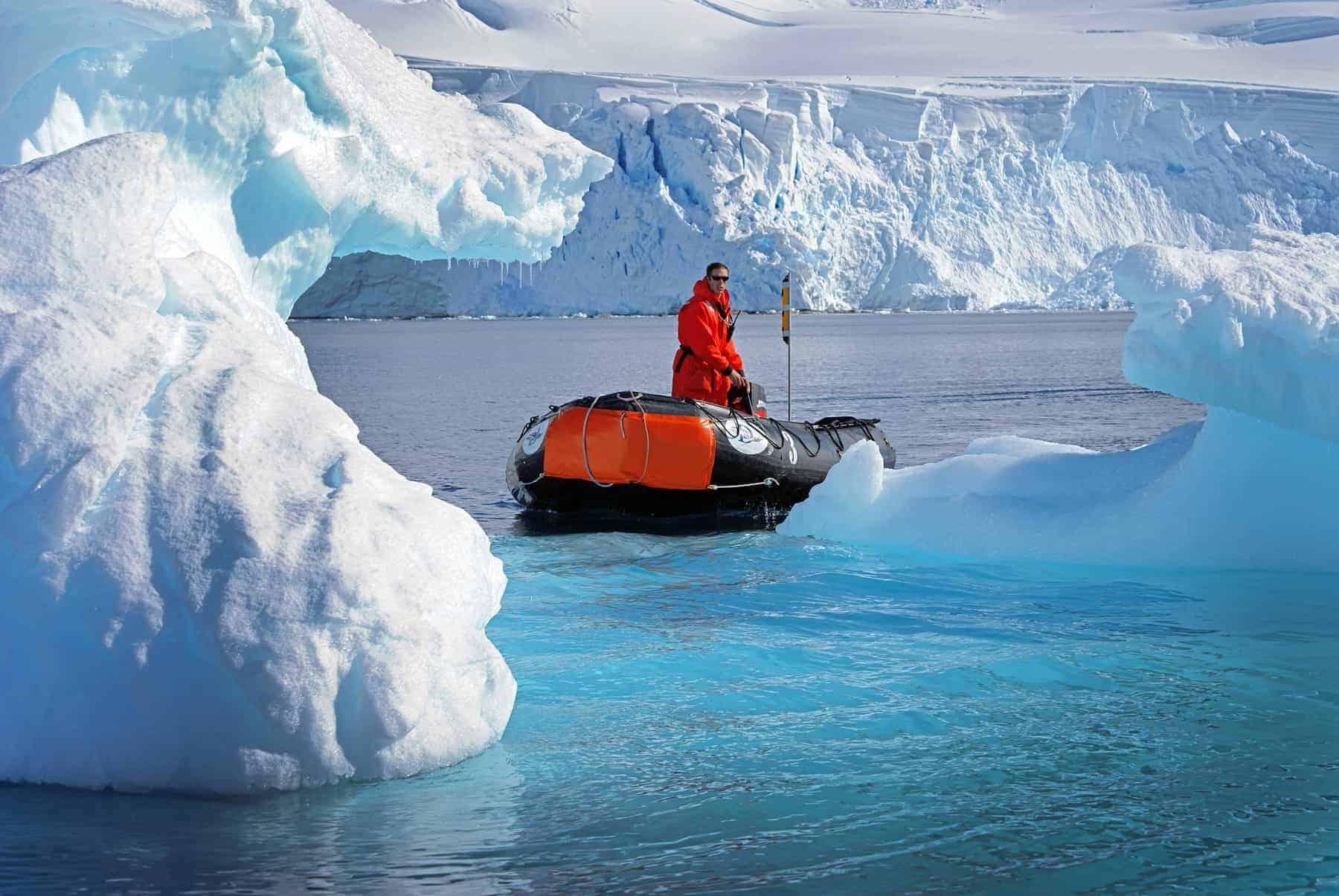 98% of The South Pole is covered by ice

Around 98% of the continent is covered by the Antarctic ice sheet – an area of approx. 14.6 million sq. km., with an average thickness of 1.6 kilometers. This is no less than 90% of the entire amount of ice on Earth and 70% of the planet´s fresh water. If all of it melted and ran off into the sea, the sea level would rise by at least 60 meters.

In the majority of the continent´s inland regions, the amount of precipitation is relatively low, down to 20 mm a year in places, which means this area is actually a desert! At 4,892 meters, the Vinson Massif is the highest point in Antarctica.

Antarctica as a destination

In addition to the many expeditions that are made to Antarctica, it is also possible to visit this chilly continent as a tourist – but pack your woollies :) Read on below to learn how you can visit Antarctica with, among others, “Hurtigruten” on a fantastic cruise of discovery that departs from South America.

Travel to Antarctica with Hurtigruten from South America

All the countries Traveltalk.travel covers

Sail to Antarctica for the ultimate discovery trip Antarctica, e.g. with Norwegian cruiseline Hurtigruten is the ultimate journey of discovery in our time. Wherever you have been before and what you have seen on other trips, the South Pole is much different than anything else. Huge cold water encloses this isolated and vast continent. So in the middle of the large, white, ice-covered landscapes, you will find the most unique and breathtaking scenery. https://youtu.be/DBsE1GJn5j8 Antarctic wildlife The awe-inspiring landscapes on the South Pole are largely unchanged since the day the man first saw them, although it makes sense to...