Antalya is situated 130 km west of Alanya and is the largest Mediterranean city in Turkey. It sits on the southern Turkish Mediterranean coast, located in the province of the same name. The town stretches along the breathtaking bay where Lara Beach and the 8 km long Konyaalti beach resides. The beaches are separated by impressive steep cliffs, which makes for a spectacular scenery and additional privacy. 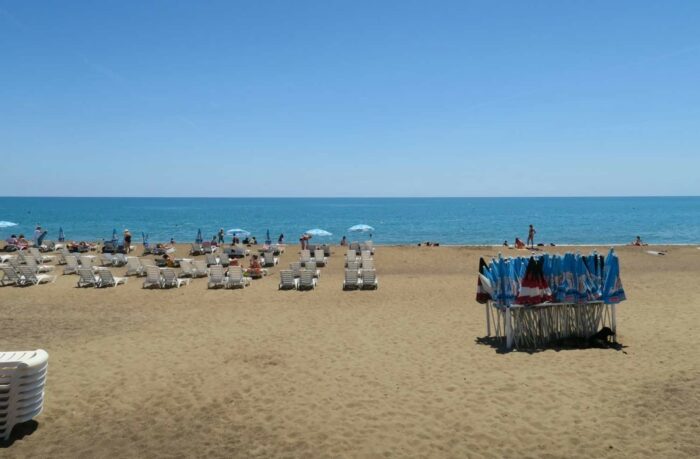 The city covers a vast area stretching up to ancient Lycia, and, has over 1.1 mill. inhabitants. The central old part is called Kaleiçi. Considered both an airport city and provincial capital, Antalya is a fantastic historical and cultural destination, definitely worth a visit. It is no wonder that the city is popular with tourists, as it sees an average of 300 days of sunshine a year. Many people go there to enjoy the most comfortable life on the beach and its wide range of hotel accommodations. Some would take a few detours to explore the stunningly beautiful harbor and the rustic old Roman district. It is also close to Turkey’s best golf courses, which are typically cheaper and more advanced in terms of difficulty, than in other parts of Europe. 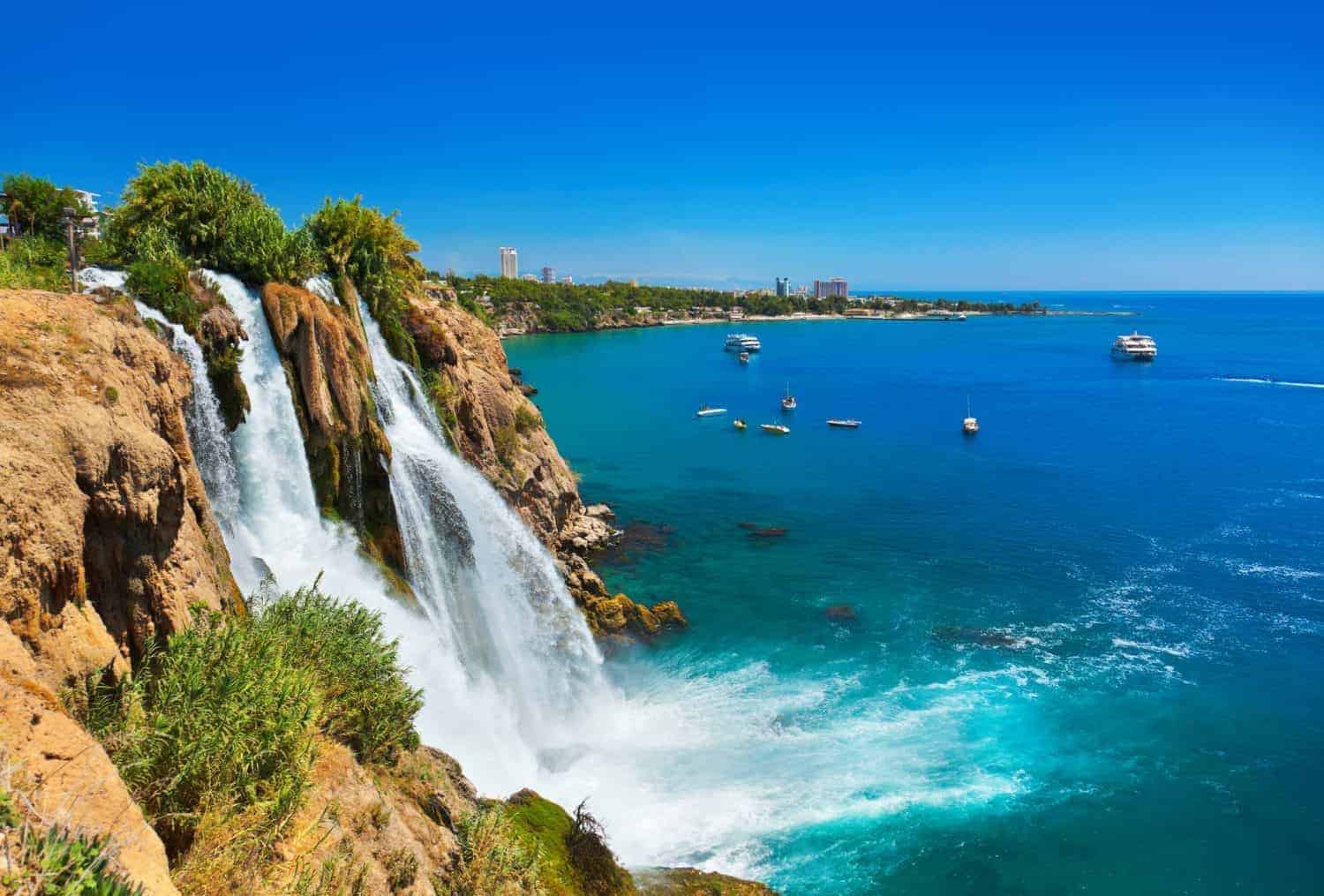 The Duden Waterfall in Antalya, Turkey

The area has a myriad of memories from the past. Many Greeks and Romans and have left about 2000 year-old evidence of Turkey’s rich cultural heritage called Lykia. The amazing ruins and history behind it is an excursion worth doing. 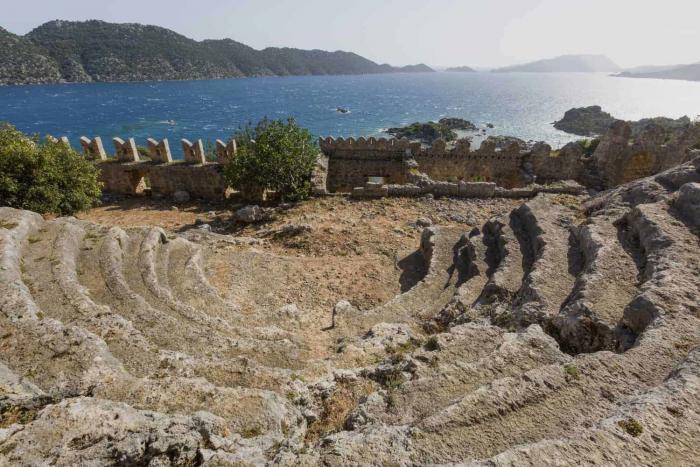 Antalya. Nice Roman amphitheater in stunning surroundings at Simena, near the city of Kas.

Read more about the Turkish cuisine you can enjoy in Antalya. It is considered by food enthusiasts and professionals alike to be up there with Italian, Chinese and French kitchens in terms of being the best in the world. I’m sure it will be a lengthy discussion!

Other destinations in Turkey?

How about a trip to the amazing port between the east and west: Istanbul? A city with a long European and Asian history, cultures from across continents meet here.

Selected boutique and seaside hotels in Turkey Seaside hotels in Turkey along the huge and beautiful Mediterranean seaside? We focus on Western Turkey here bordering on the Med. from Bodrum to Fethiye. https://www.traveltalk.travel/fethiye/ Turkey is mainly situated in Asia geographically speaking but is also the closest country you can...
Turkey Art and Culture

Cappadocia, a nature´s wonder in Turkey and protected by UNESCO During my every visit there, I get many different kinds of inspiration, that remind me of fairy tale stories from my childhood. Would you like to enlarge your imagination world too?! If so, take the destination to “Cappadocia”. The...
Turkey Food and Wine

Turkish Food: Delicious, healthy and tempting Turkish food is arguably among the top 4-5 cuisines in the world joining French, Italian and Chinese on a short list. There are countless Turkish specialties, as well as traditional European everyday dishes. Some of the most popular dishes and beverages are: Menemen...
Turkey Sailing vacation

Sailing in the Turkish Mediterranean in a gullet

Fethiye, the amazing city by the sea in Turkey Fethiye is such a fantastic city with its rich texture of all historical, cultural, social heritage and beautiful nature; it has a special space in my heart and in my memories as I also lived there for some period. Actually,...
Golf Breaks Turkey