Morocco and Casablanca. Where else for a romantic stay?

Morocco is there in our memory somehow: Hasn´t almost everyone shed a tear or two watching the romantic film classic, ”Casablanca”, set on Morocco´s exotic coast in 1943, starring Ingrid Bergman and Humphrey Bogart. Or have we not read about the wild 70´ties, when rock stars and celebrities flew to Morocco to party. That´s also a little reminder that we are not dealing with a new African travel destination here, but one that has had a long and rich shared history with Europe and the states. Its long-standing relationship to this continent is not only because of its close geographical proximity to it but also because of the many common interests they share. 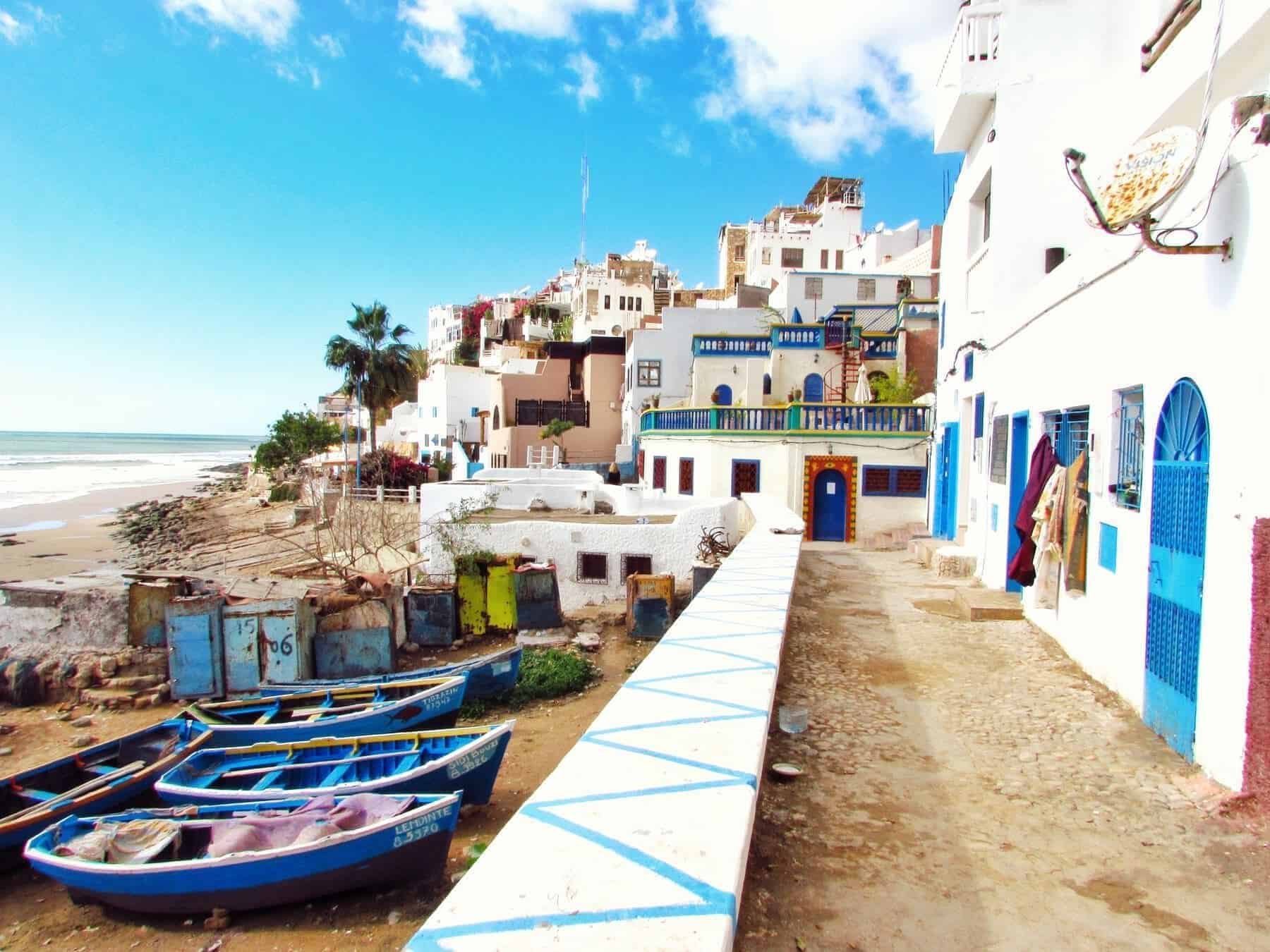 In the 70’s and for a few more years after that, it was considered super-cool to take off for this north African oasis, especially to Casablanca, to enjoy the good life on a shoestring, or to party with the jet-set plus a whole load of other hangers-on in what perhaps might be described as a free atmosphere, in a carefree and probably often euphoric haze of hippy happiness! Today, the country is enjoying somewhat of a revival as a great destination for everyone, and remains, by and large, relatively safe and free of the security issues that have frightened tourists away from other places on the African continent. 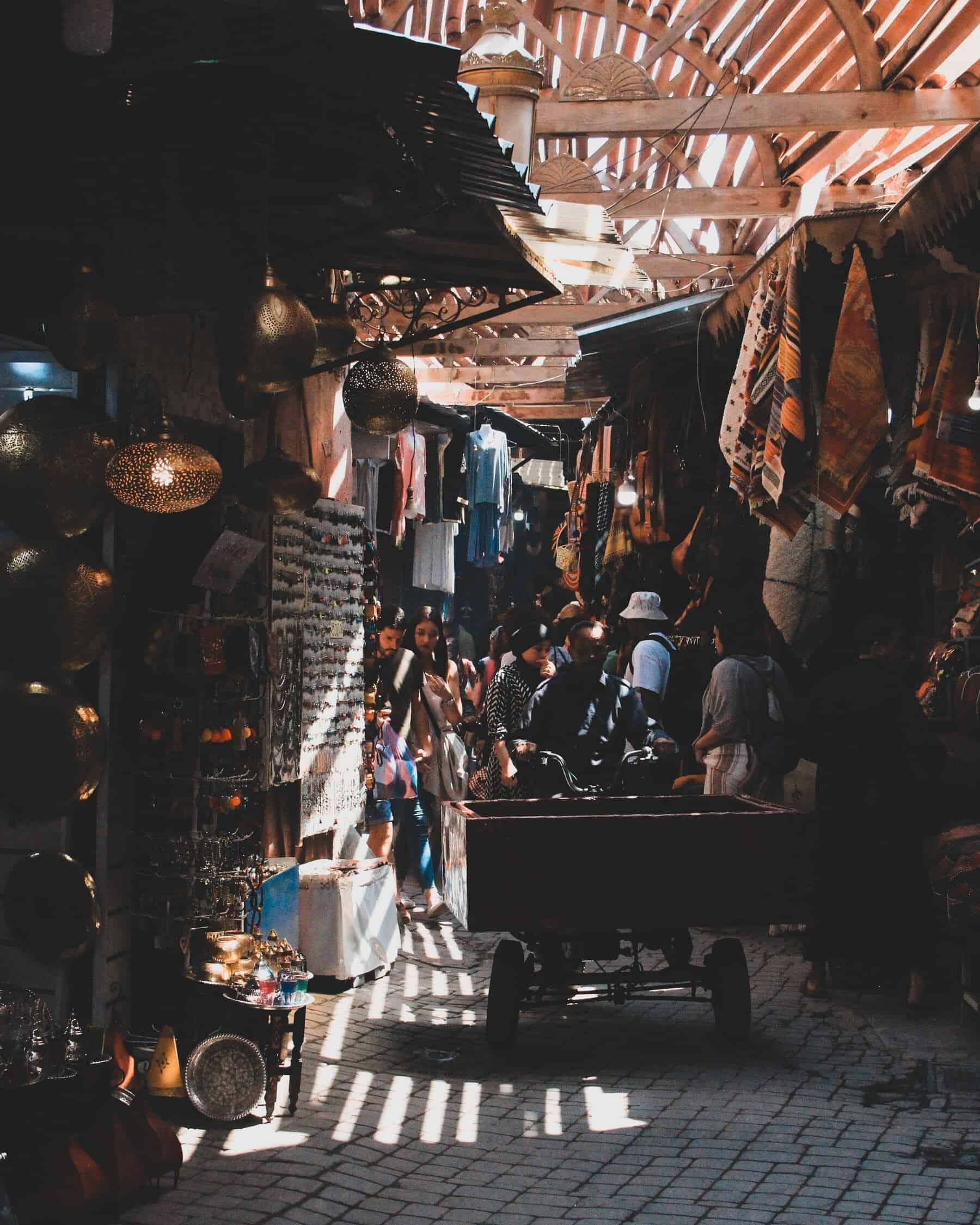 Worth visiting in Morocco

Morocco borders both The Atlantic Ocean and the Mediterranean. The country´s culture is sprinkled with both Arabian, Berber and European influences. In Marrakesh, the famous medina or medieval center with its famous walls, 20 huge gates and central courtyard buzzes with life from dawn to dusk and late into the night, as traders ply their wares and buyers haggle in the traditional souks much as they have done down through the ages. Love it or hate it, it is a place like no other. Djemaa el-Fna Square never sleeps – just one place you won´t want to miss. In Morocco´s capital, Rabat, you might like to visit the Kasbah of the Udayas, built in the 12th century as a fortress that also housed a royal palace and mosque, to repel attacks by invaders from the sea. And, naturally, an excursion to the Atlas Mountains is also high on the list of “must-do´s ”. This could even be a good choice for your next ski vacation in the winter months – “alpine” skiing they call it! Toubkal National Park. At 4,167 metres (13,671 ft), Toubkal it is the highest peak in the Atlas Mountains, Morocco, North Africa and the Arab World. That beats the Alps too. 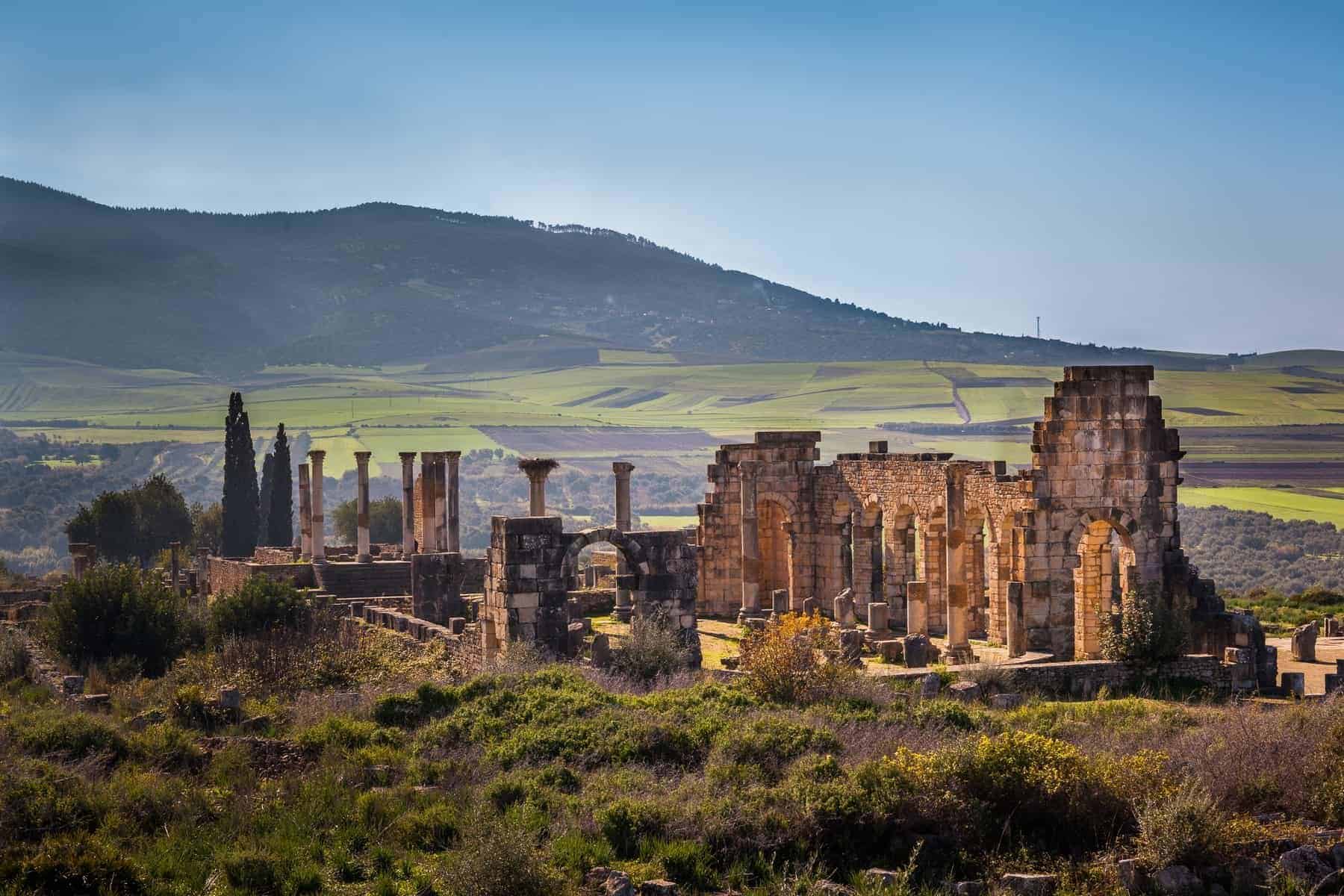 View of the Basilica, Volubilis, Morocco

Africa on the rise Africa on the rise? Yes it is the continent with a true pioneering spirit and places to go, never seen before. To quote Anthony Bourdain, the American celebrity chef, author, and travel documentarian is where we all come from (evolutionary speaking of course), and I add where we all should be going again to see what an amazing place it is and btw Africa is more than 3 times bigger than the US. Read and see, why Africa is the place to travel, once the Covid situation is under control. https://www.youtube.com/watch?v=cl6HjxYcv3M The huge continent is often...
Africa Morocco

Morocco from coast to mountains

Morocco, from the snow-clad Atlas mountains to the blue Atlantic Ocean Morocco is a wondrous, eyes-open glimpse of the wild and beautiful from snowclad mountains to the blue Atlantic. It's an expedition into some of North Africa's most stunning scenery with the desert on its doorstep and the craggy heights of the Atlas Mountains above. See our Africa Tour video, Morocco is also there. https://youtu.be/cl6HjxYcv3M Morocco is also a ride into a magical, romantic landscape with quaint coastal villages, colorful-painted towns that stick to hillsides and isolated outposts protected by fairytale adobe forts. This interesting state is a fusion...
Golf Breaks Morocco

Mazagan in Morocco; Top golf and luxury resort right next to the Ocean

Mazagan Golf Resort. Nothing Better than a sea breeze on the first hole Mazagan Golf Resort in El Jadida, Morocco covers impressive 250 acres along the coastline with the best beach in Morocco and is playable year-round thanks to the mild climate. The resort also offers a variety of activities and entertainment. Children's club, a larger number of restaurants (9) and bars, world class spa and casino for the gamblers. Later in the evening it might tempt you with a nightclub tour, perhaps happiness from the golf course? And the next day the golf course awaits again and a...