Blessed by a almost supernatural beauty like by many deep and beautiful gorges, surrounded by high and beautiful mountains encircled by a chain of lakes, by majestic rivers, strewn with burning deserts and large escarpments that fall from its highlands, Ethiopia remains a country of incomparable beauty. That is some claim, but look at the pictures, they may tell the story.
But it’s not just the sheer scale of its physical beauty that characterizes this land where the Blue Nile has carved one of the largest and most impressive gorges in the world.
Its ancient and medieval monuments, its proud and colorful cultures, as well as its varied and often unique fauna, distinguish it from others.

Ethiopia, dissected at its center by the scar from the Great Rift Valley, is as old as time. It is a land that claims a history that goes back to the Old Testament.

A Christian country before Europe was

It is the country of Sheba, Axum, and Lalibela, imposing obelisks and the ark of the alliance – a country that was a Christian before much of Europe and yet unknown to Europe since 1000 years or older; a land that has lived in limbo, forgotten by the world, that it has never forgotten. For more information on the Ark of the Covenant, see Patrick Richardson travels to Ethiopia in search of the Ark of the Covenant.
From the expanse of Lake Tana, the source of the Blue Nile in the northern highlands, to the relics of Aksum, the seat of the legendary Sheba Empire, along the burning hell of the Danakil Depression, the one of the lowest in the world, among the wonders of the Simien and Bale mountains and the wild and wild expanses of the southern prairie. 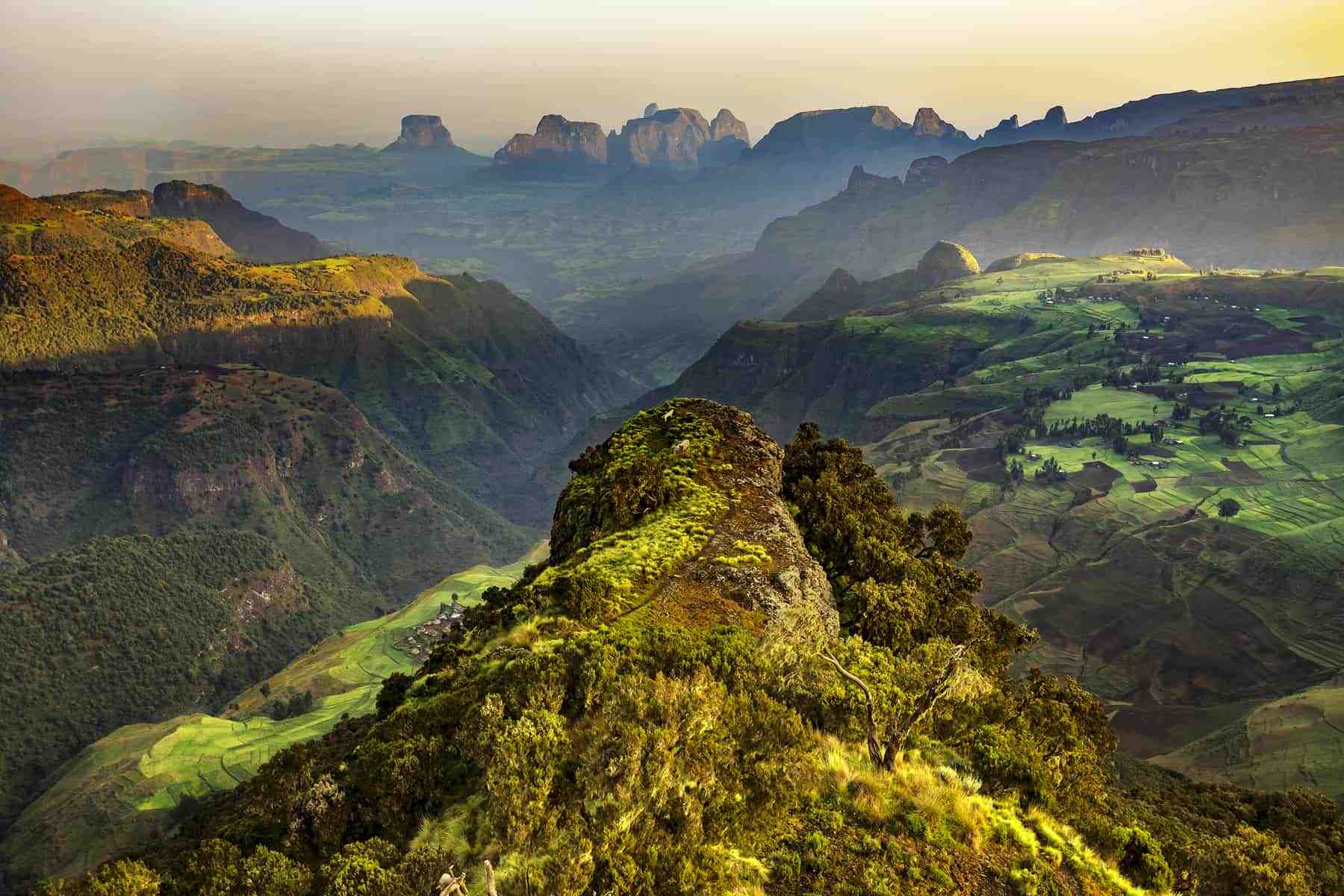 The Ethiopian highlands, with a temperate climate and breathtaking scenery, offer great trekking opportunities. The main well-established hiking areas are the Simien and Bale National Parks. The more recent arrival of this sector of tourism activity is located in the isolated highlands of the southwest, east, and west of the Omo Valley, where strong and colorful crops complement the attraction of landscapes, flora, and fauna.
Local pleasures along the shores of the Rift Valley lakes or resort areas near Addis Ababa, such as a stroll through the vineyards of Ambo, are less painful and more relaxing.

The rewards of a hike in the Simien Mountains include spectacular views of the northern escarpment, the three endemic mammals – Walia Ibex, Gelada Baboon, and Simien Fox, as well as Ras Dashen, the highest peak in the country at 4620 meters altitude.
Bale has a less populated and richer mosaic of upland plateaus, heather heaths, and a dense juniper forest, populated by Nyala Mountains and Simien Fox, as well as fabulous birds, many of which are endemic.

Horse riding and trekking in Ethiopia

In such a rugged environment, horses and mules play an important role in the transportation of people and goods. It is therefore not surprising that horse riding can be practiced in most parts of Ethiopia. A hike in the Simien Mountains on a barefoot pony allows visitors to reach areas that even 4×4 vehicles find difficult. 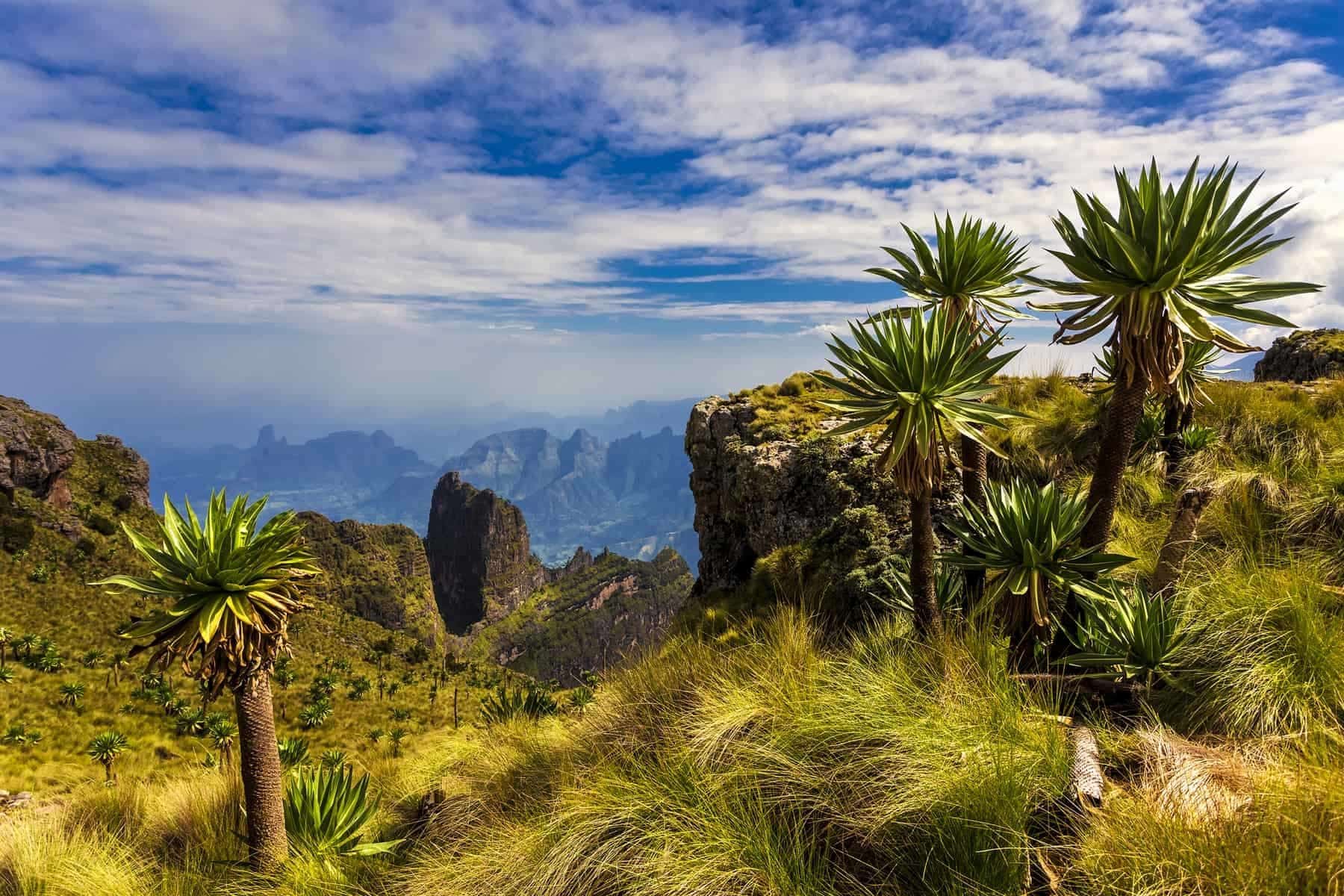 Climbing in the mountains

Much of Ethiopia is a rugged mountainous country, and the possibilities of conquering demanding peaks and cliffs are endless. The Simien Mountains, the bullring and many other areas offer perfect climbs. Equipment is rarely available locally and must be brought with you.

Travel to the African continent,  you need to see this Travel to the African continent? Yes, it is a very good idea. It is the continent with a true pioneering spirit and places to go, never seen before. To quote Anthony Bourdain, the American celebrity chef, author, and travel documentarian is where we all come from (evolutionary speaking of course), and I add where we all should be going again to see what an amazing place it is and btw Africa is more than 3 times bigger than the US. Read and see, why Africa is the place to...
Africa Angola

Best places to visit in Africa

Best places to visit in Africa. Best places to visit in Africa? You can not answer without leaving out fantastic places, so we apologize, if you as a travel destination is left out. But here are our picks as this was written, and we will be happy to add many more. https://www.youtube.com/watch?v=cl6HjxYcv3M The African continent is one of the most fascinating places on the planet seen with the eyes of an adventurous traveler. There are so many different adventures to be enjoyed on this incredible and huge continent, which is home to over 50 distinct countries, that narrowing them...